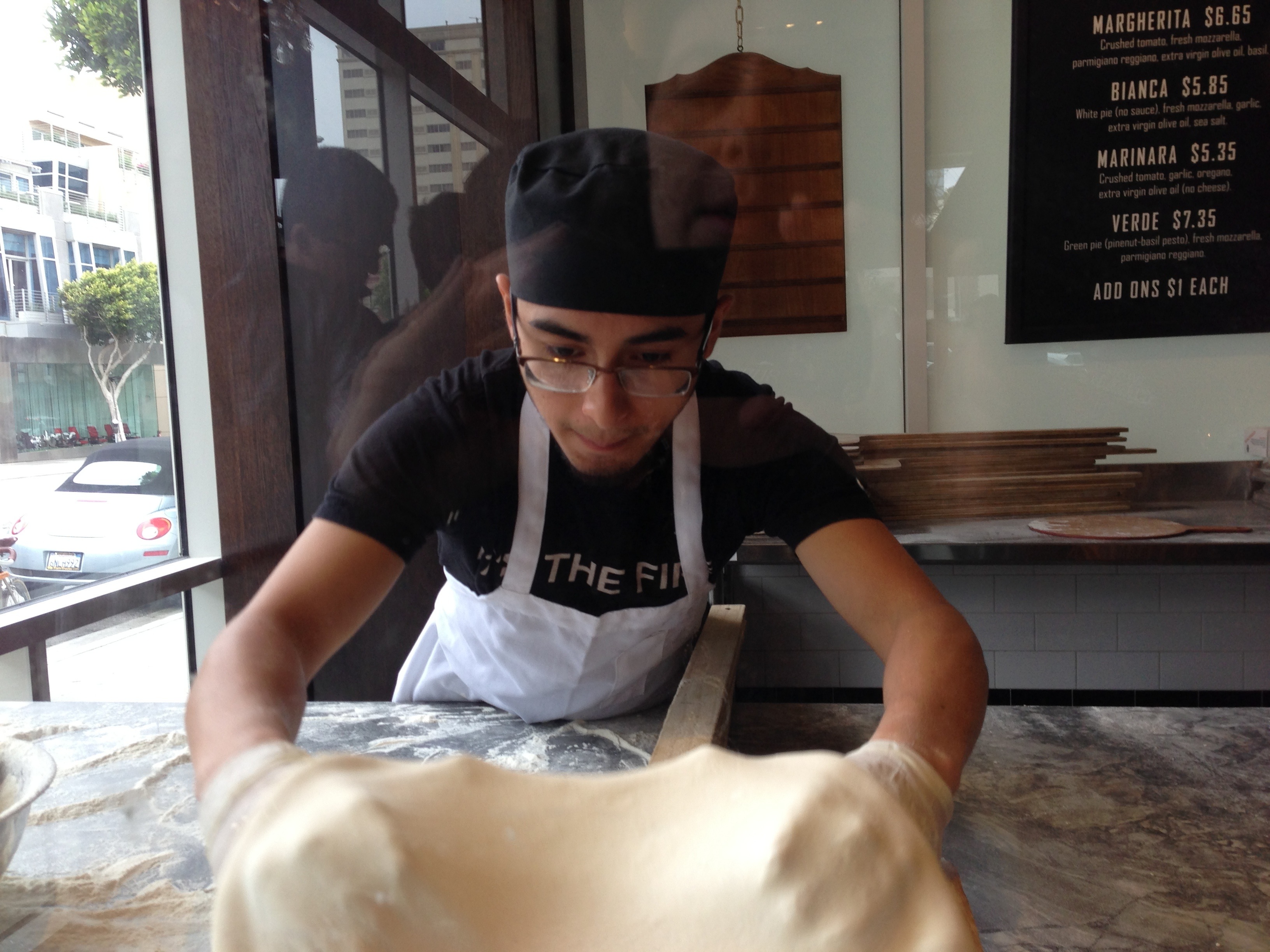 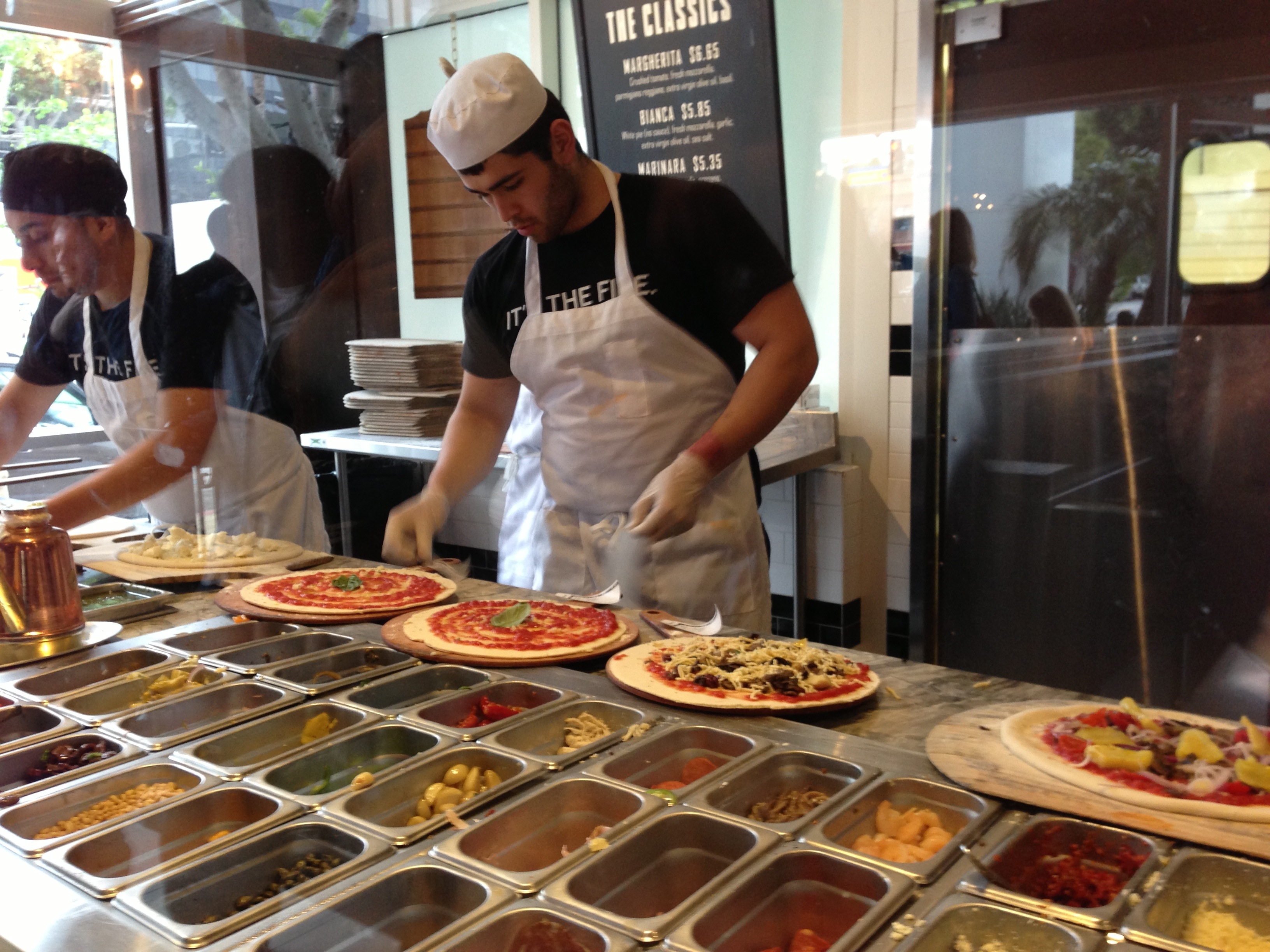 One day, me, my mom, brother and dad all went to this restaurant named 800 Degrees. It was a pizza restaurant. Now you might think they put our pizzas in an oven at 800 degrees and you might be right. We don’t actually know and we also should have asked. My guess is 650 degrees because I saw fire burning really hot in their pizza oven.

What I really liked about the restaurant is we got to see them make our pizzas. We saw the guy flip the dough, put the toppings on and all that stuff. When we first got in, we had to wait in a line which was the only thing that was bad because I don’t like waiting. I ordered a pizza with artichokes, mushrooms, olives, cheese and sauce. The crust was gluten free and the cheese was daiya vegan cheese. I thought this pizza was one of the best ones I’ve ever had because they had a thin crust which other restaurants don’t usually have with gluten free dough. Most pizza places, the crust is thick and too doughy. And usually these other places put too much cheese. Here, I think they put exactly the right amount of cheese.

I was starving so I ate almost all of my pizza slices and their pizza pies are pretty big. Check out my pizza here…yum!!! 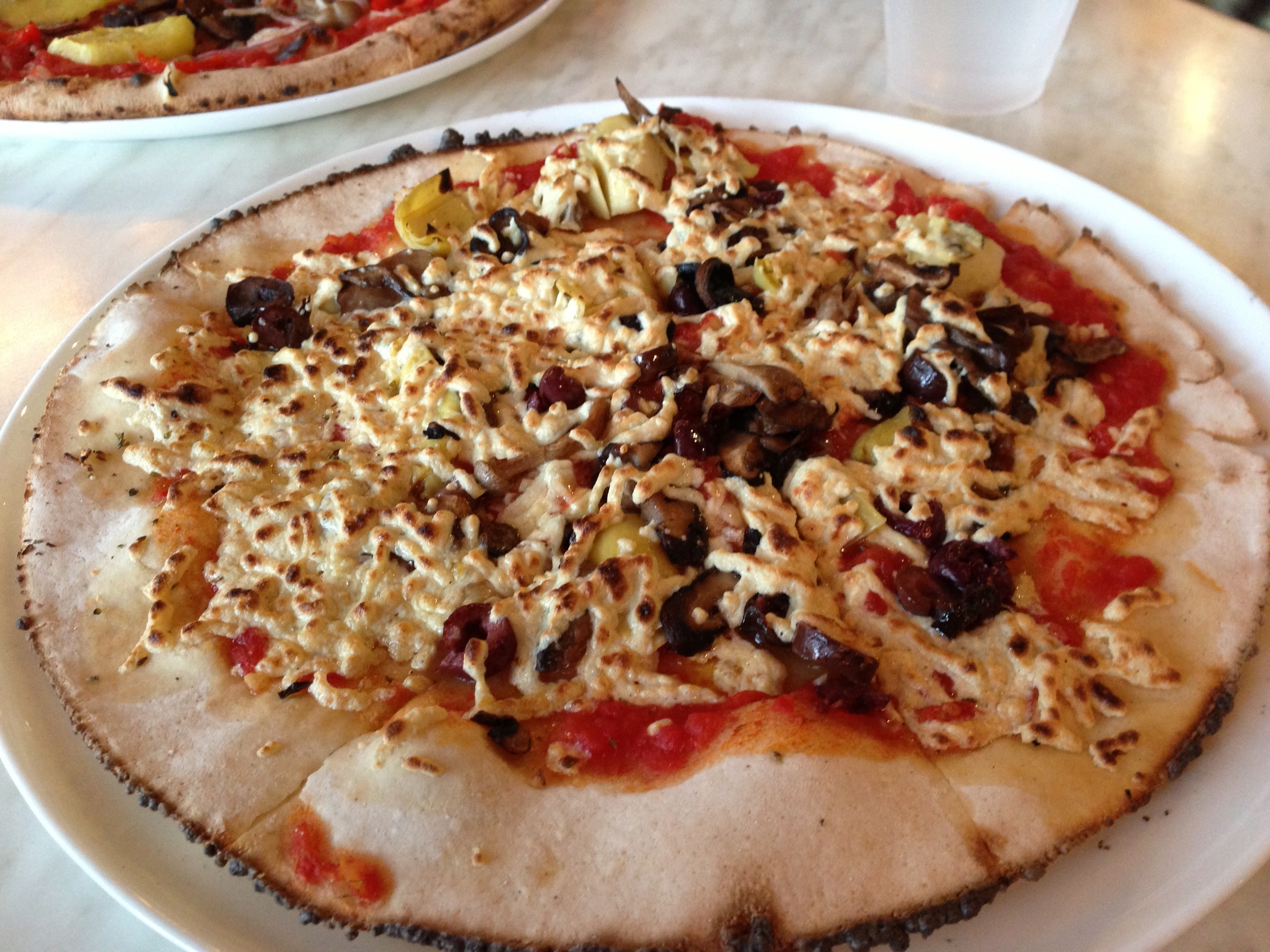