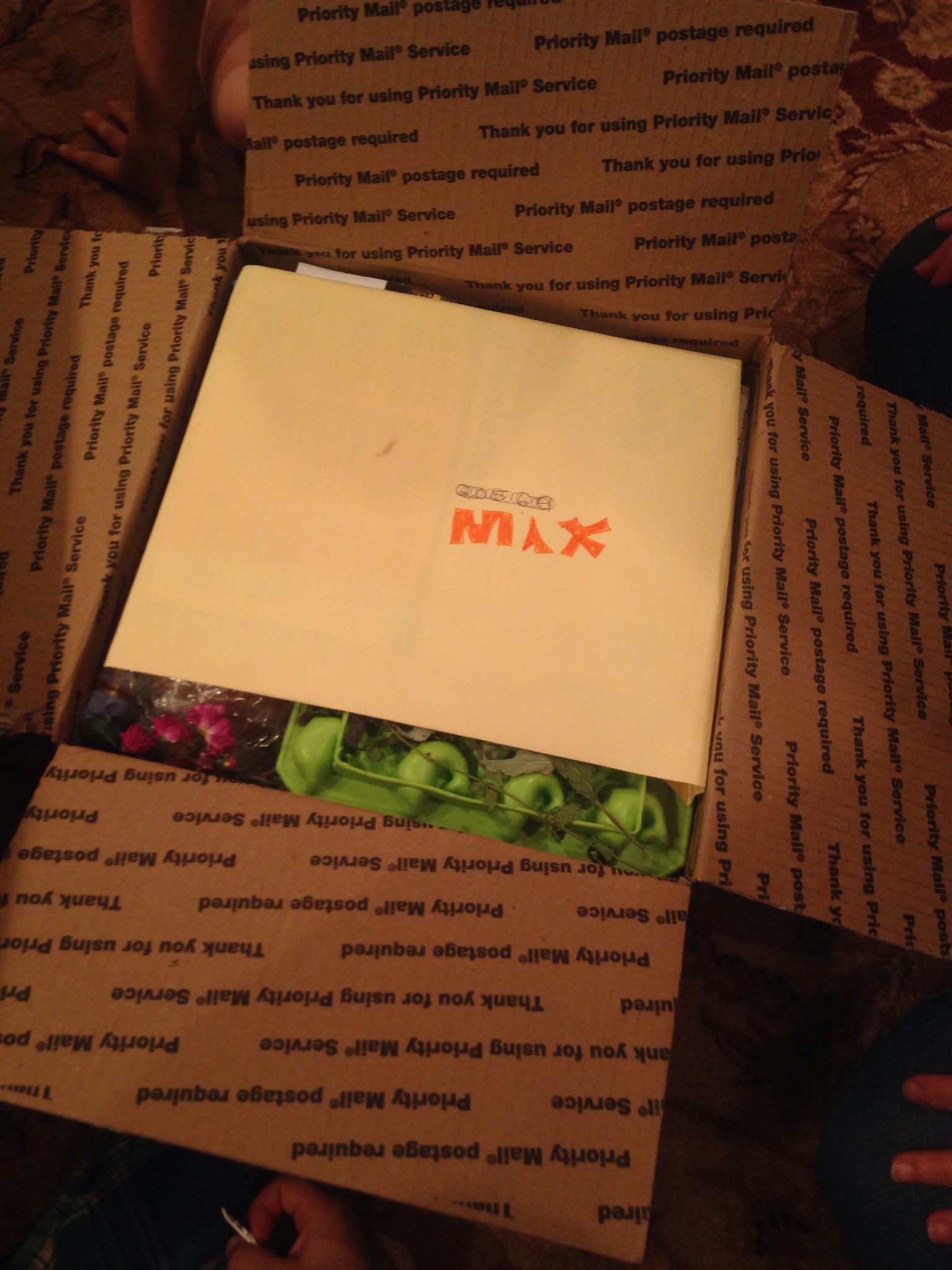 You absolutely will not believe what happened to me. Yesterday during dinner my mom and dad said they had a surprise for me. They gave me clues like “geography,” “MG” and finally “the ducks” which made me think about Oregon and then about one of my readers Michelle Guerrie who lives in Oregon! She sent me a BIG box full of food and other things for me to try and to have! All because she enjoys my blog!

My mom carried the box into the living room and opened it up and everyone in our family “oohed” and “aahed”. It was amazing. 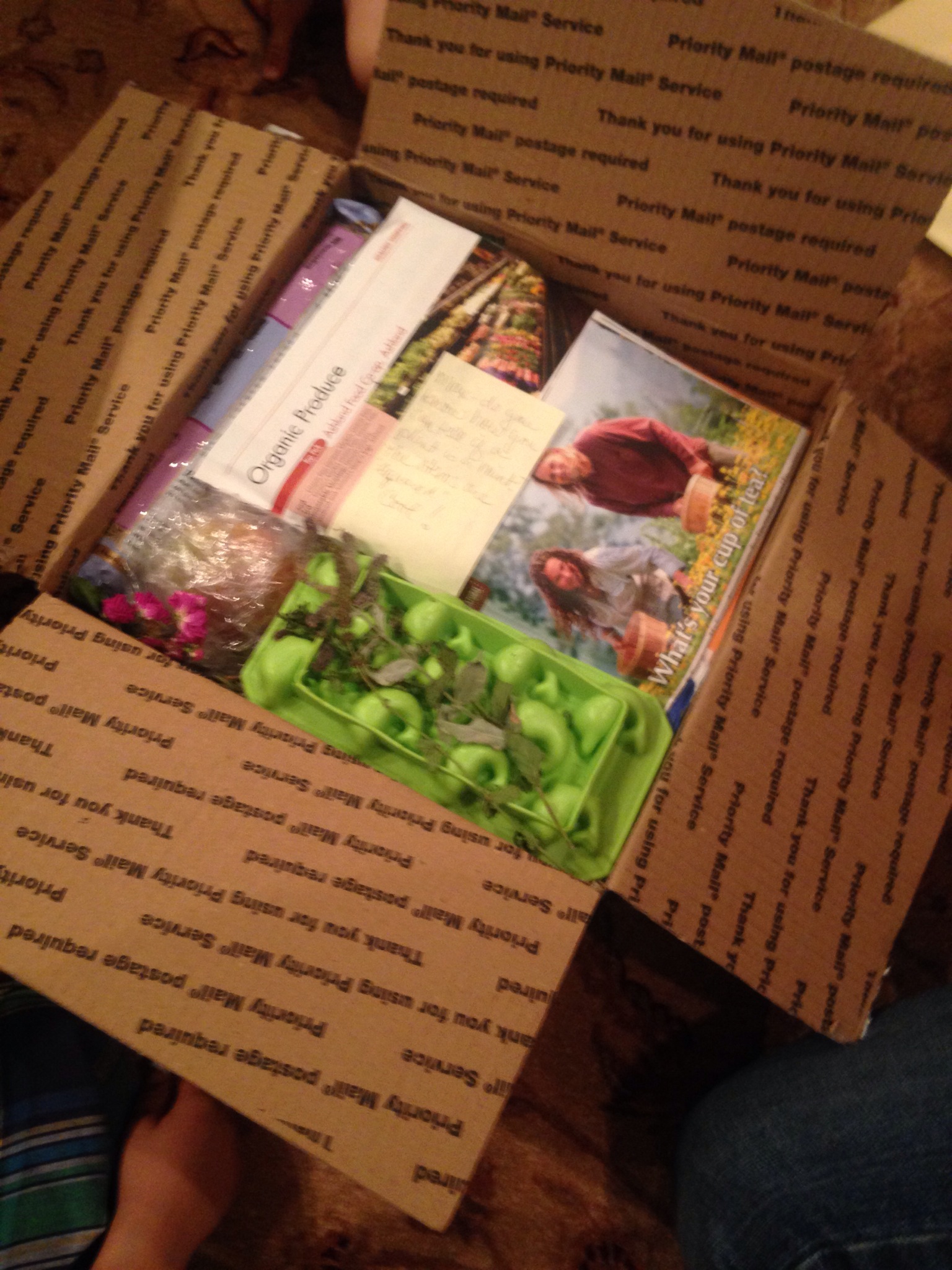 First I found a 15 page letter from Michelle! It had a picture of Michelle and pictures of her family and of the farm that some of the food came from. She also included recipes and art pictures. I will definitely try every single one of those recipes I think. One in particular that looks so good is called Indian Chickpea Coconut Curry. Mmmmmmm.

A lot of the products in the box were new for me and that I’ve never had before so I will definitely review some of them. Some of the things were dark chocolate, vegetable broth, new granola bars, teas, lots of different kinds of nuts and herbs and something called Smoothie Cracker Bits! Also, there was a vegan cupcake book. In a recent post I said I don’t like too much sugar all at once but I think I will like these a lot. There were 75 different cupcake recipes! We can also make them into mini cupcakes which could be good. The photos in the book were very pretty. 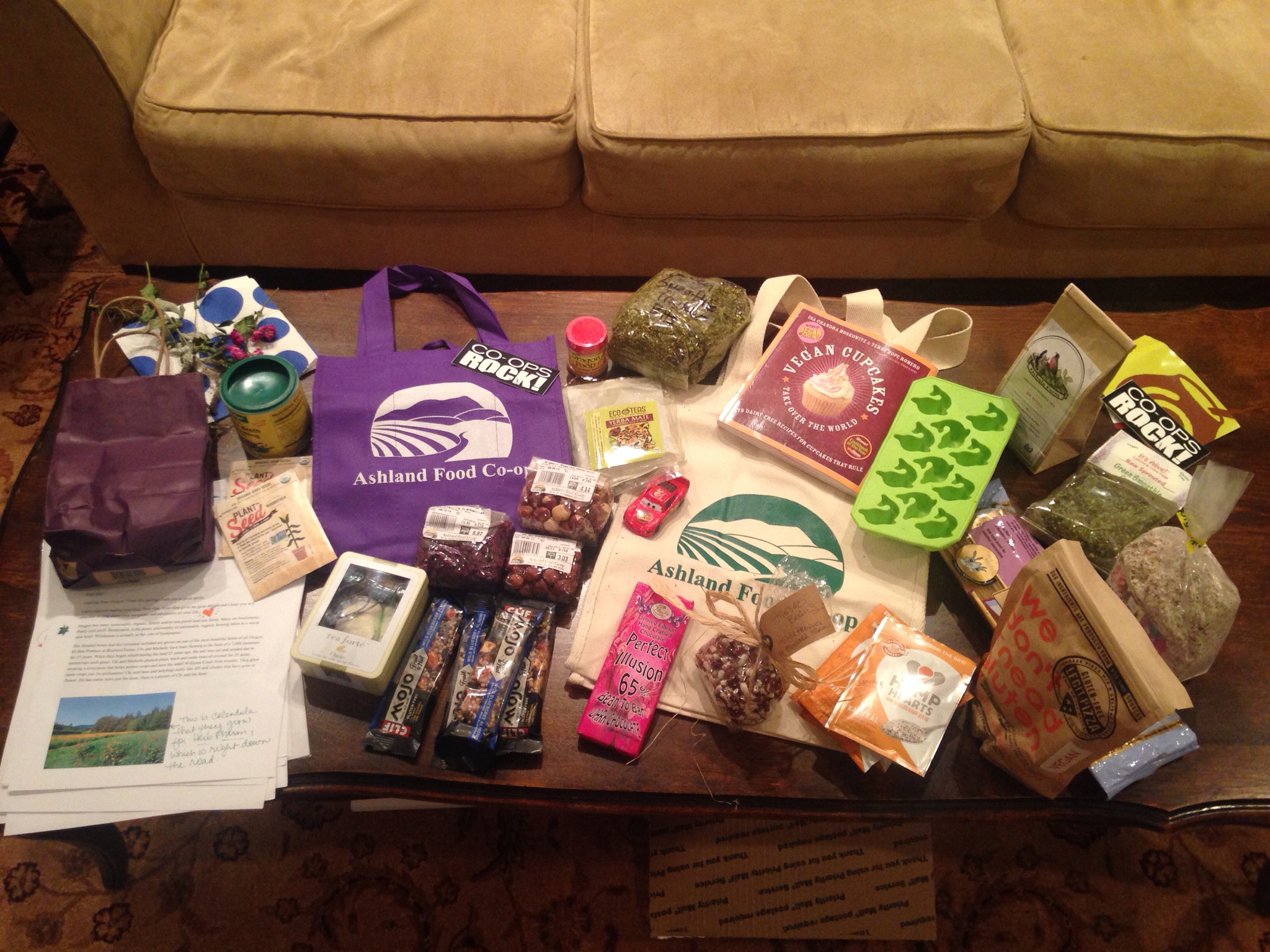 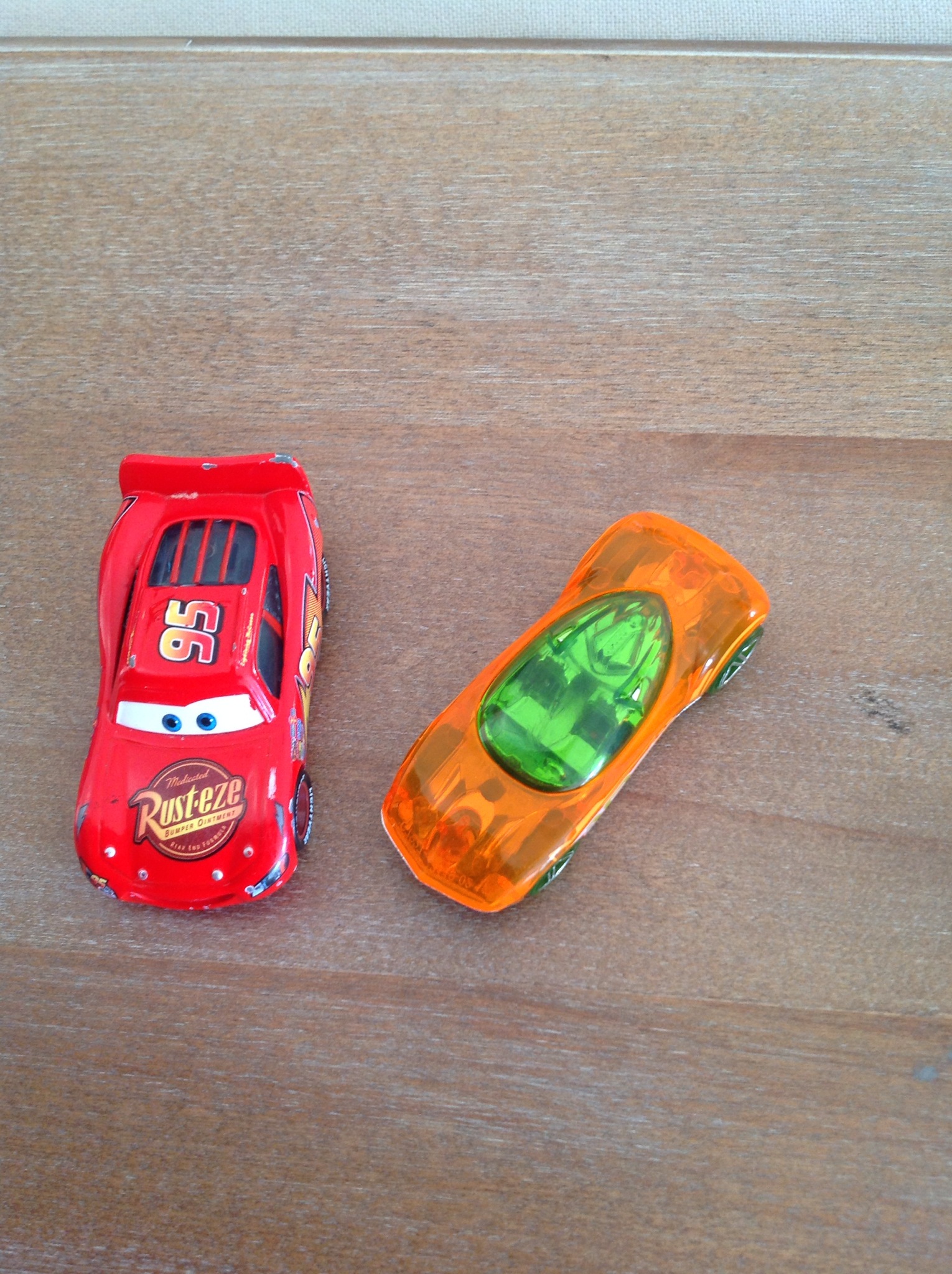 Then after I got all the stuff my mom noticed that a box that said Tea Forte wasn’t really a box of tea. There was something wrapped inside. We opened it and there was a HUGE crystal!!! 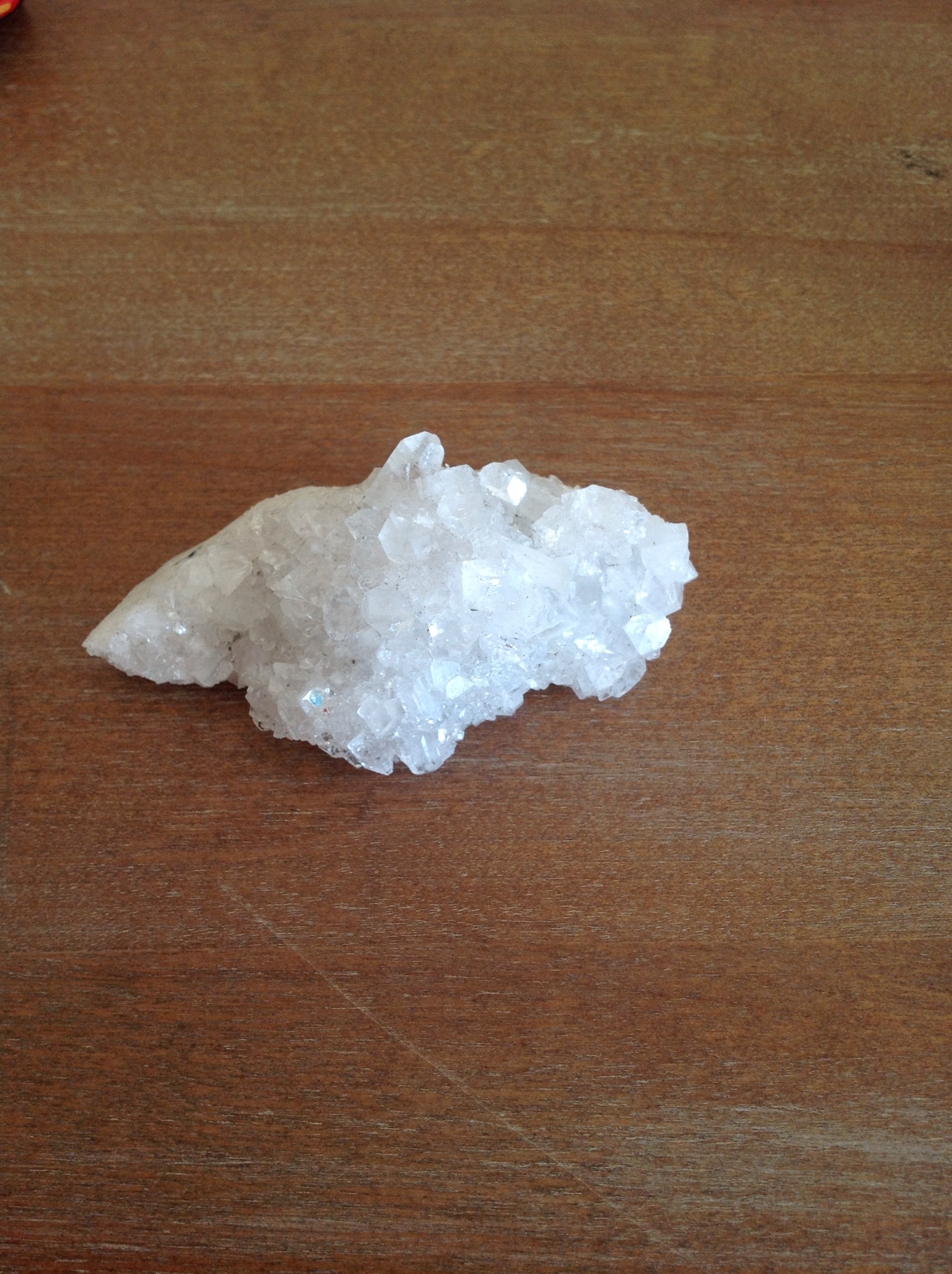 I felt very special. I looked at the bottom and it had the word Max written with a heart under it. I really like crystals. When I did summer camp I went to a museum and cracked open a geode and found crystals inside. But this is by far the biggest one now in my collection. It is very beautiful and you can see through it.

This was one of the best days of life. Thank you Michelle Guerrie!