What kind of cuisine is this?

Last night I went to a new restaurant that my mom found on yelp. We were driving up to San Francisco and stopped at Yam Leaf in Mountain View.

At first when I looked at the window I thought it was a Japanese restaurant because I saw Symbols instead of letters that I thought were Japanese. Then the woman who greeted us was from Thailand. But the food was from El Salvador! Very confusing!

It was hard to choose what to order because there were so many good things. When the lady came over to our table and asked what we wanted my brother yelled out “I want an appetizer!” The lady to offered to bring us chips and salsa. My mom kept saying “no thank you” but she brought them anyway – and they were on the house. That means they were free! 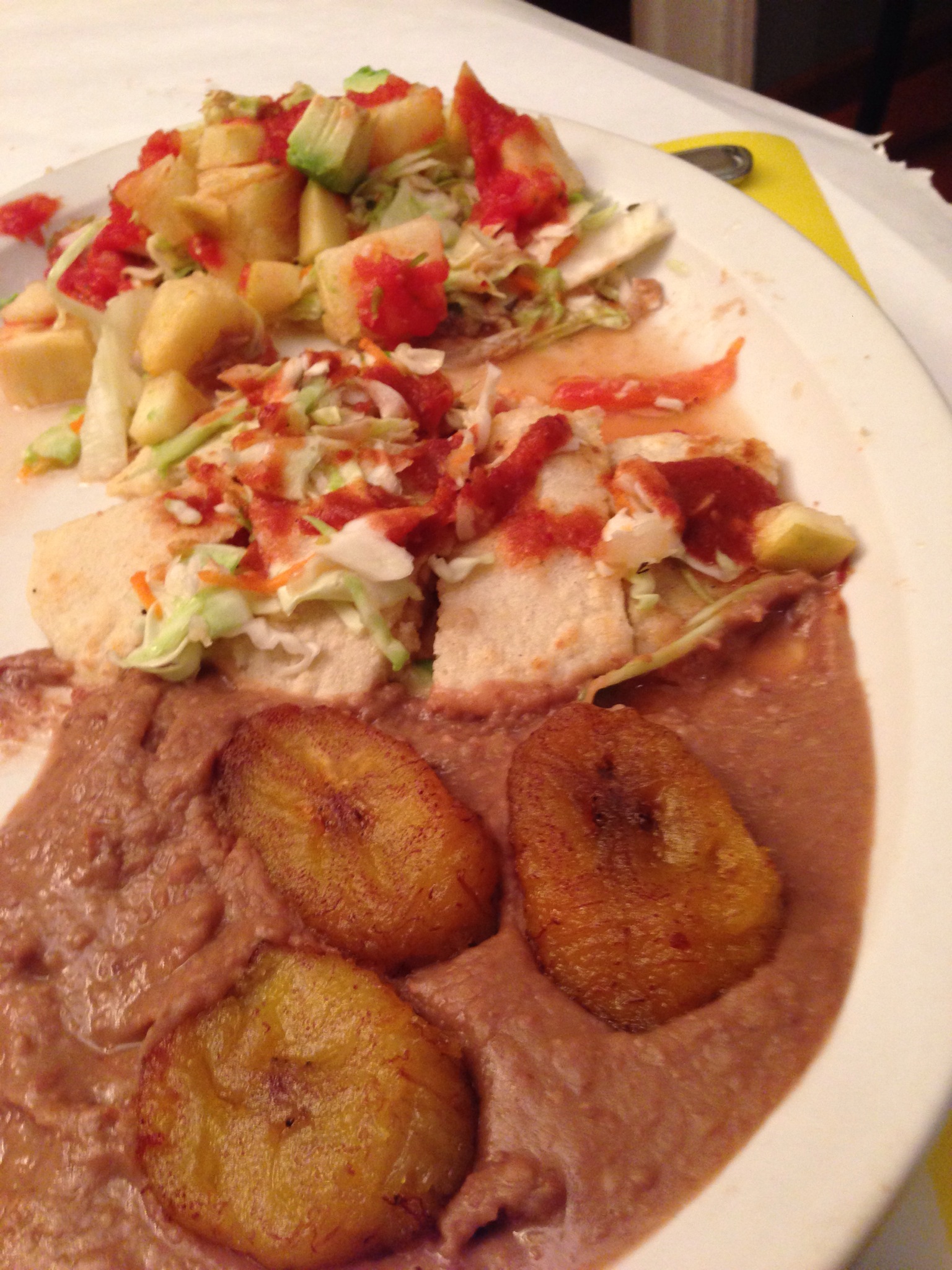 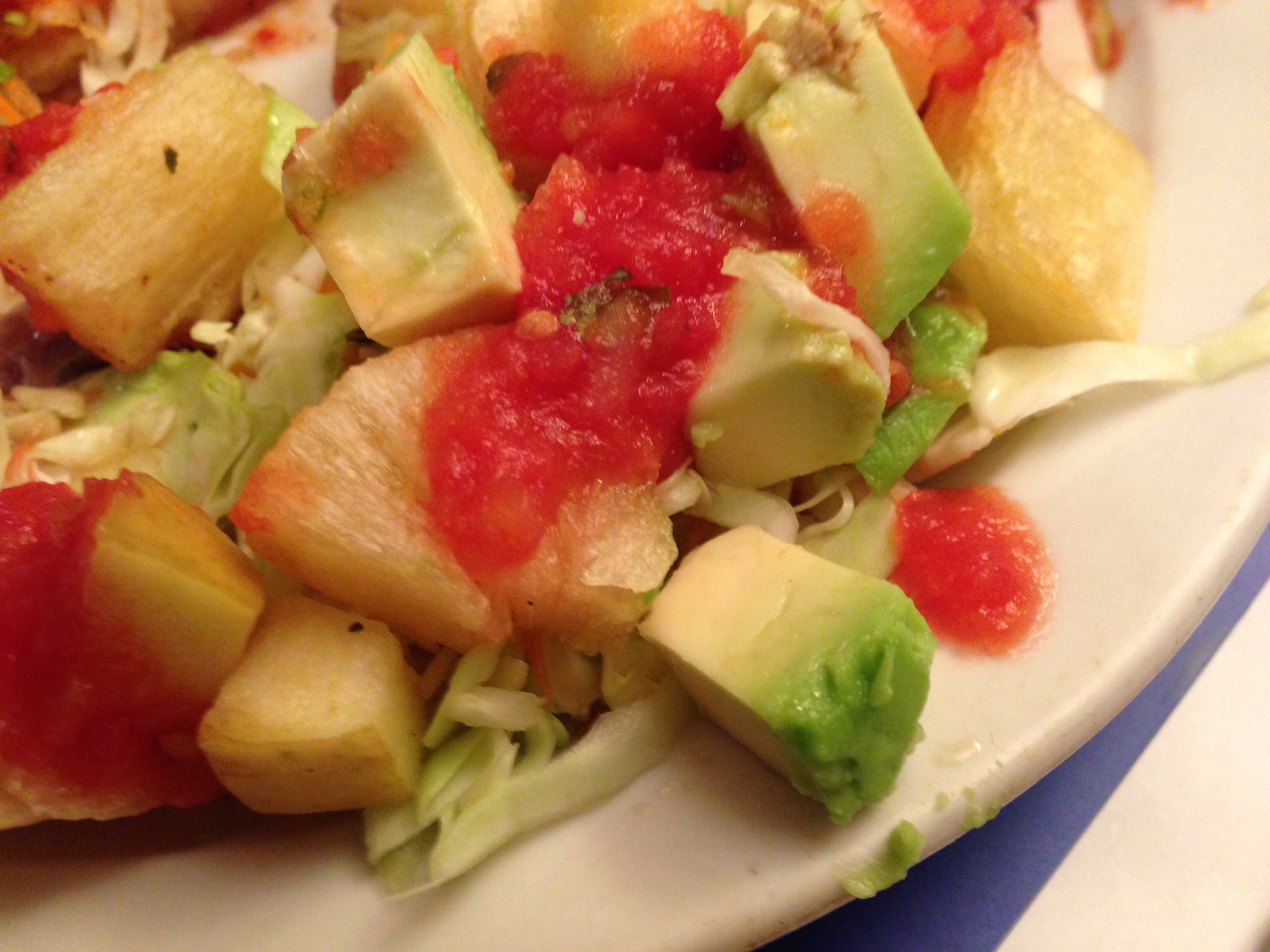 Me and my brother split a House Sampler. On the house sampler there is a Papusa, which I had never tried before. It is very hard to find gluten free and vegan Papusas. Mine was soy chorizo and mushrooms. It also came with a Del Rio enchilada, refried beans with plantains and a yucca and avocado salad. Yucca may seem kind if gross but it’s not really yucky. It tastes kind of like potatoes. My mom had the Del Rio mushroom enchiladas. 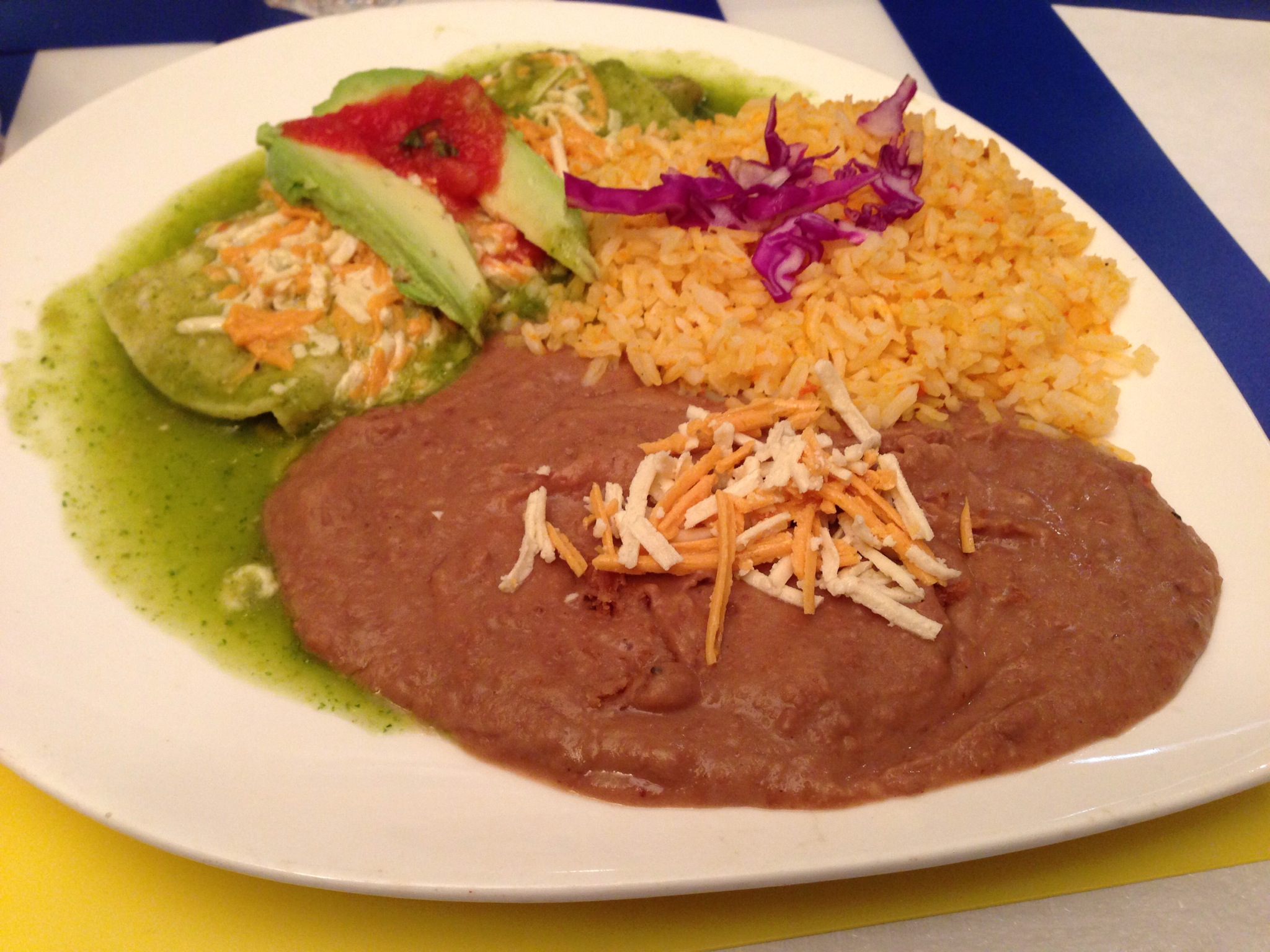 When I saw my mom’s food I thought it looked even more delicious than mine. I told her that and she let me have a bite. It was GOOOOOOOD! 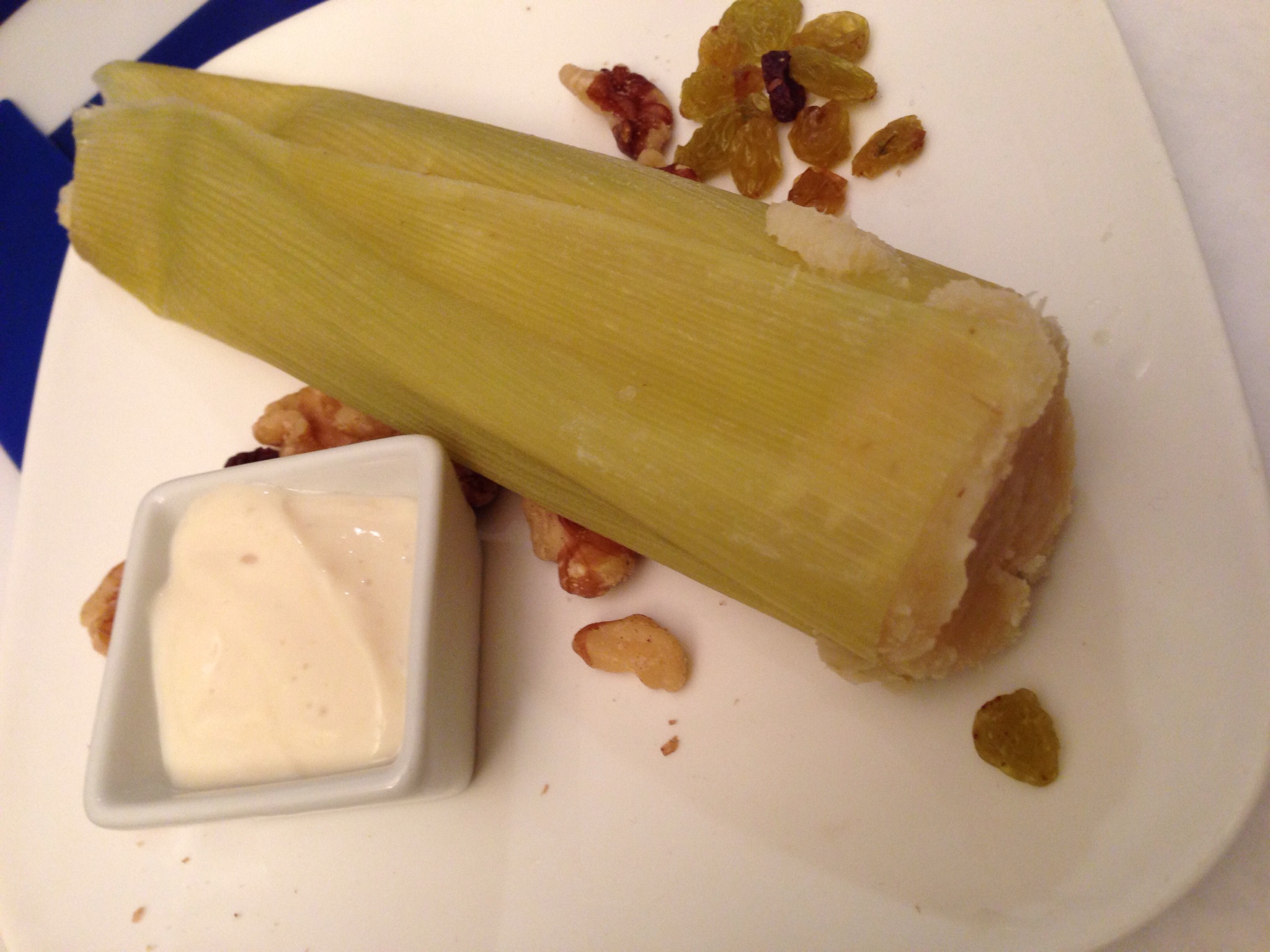 My mom and dad knew I was going to still be hungry after the house sampler so they ordered me a corn tamale. I thought it was one of the best tamales ever and also it was a good thing because it reminded us of a tamale lady back home that delivers organic tamales that we had forgotten about and might now keep ordering.

As we were walking out of the restaurant my tummy was so full and I was so tired I felt like I was going to pass out.