How was your Valentine’s Day? Good? I hope so! Well, I want to tell you about mine. In the morning I got to go to the Tennis Channel Studio and watch two hours of tennis and I even got to go on the set! Then I went to Mulligans and I played mini golfing and got a hole in one! Then I went to the arcade and after that I did go-karts. And after all of that I came away with some prizes – a football and a boomerang! Then I went to have a four course Valentine’s Day dinner! Can you believe my luck?

We went to Real Food Daily to have our celebration. It was an exquisite meal! We were seated upstairs which I was happy about because I like that better than the downstairs area. They had out a special holiday menu which was a prix fixe menu which means there was a set price and already chosen items. 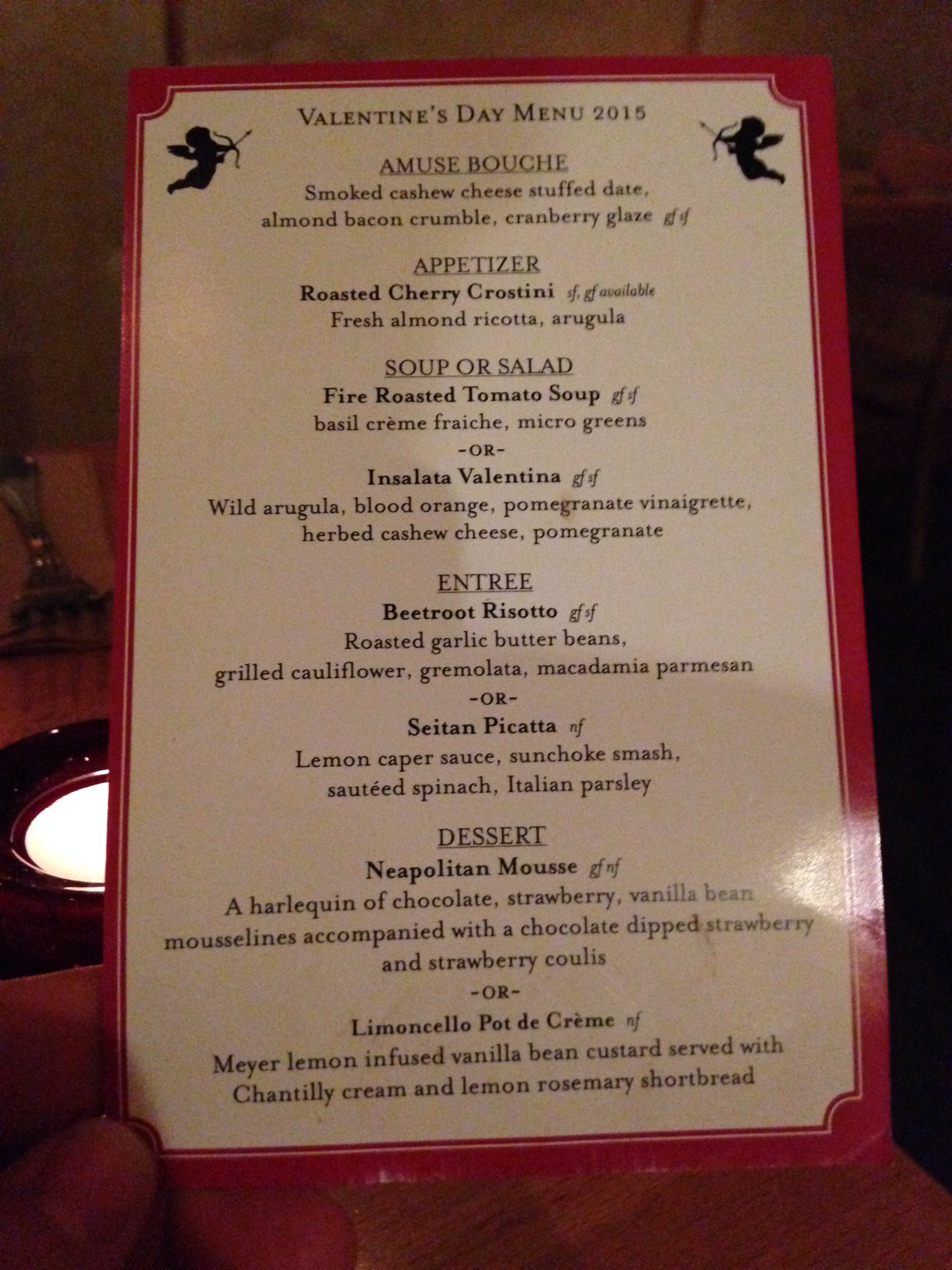 First, we had an amuse bouche which is French for something that means a little taste to amuse your mouth. We had to look that up! We got dates stuffed with cashew cheese and more cheese on top. Those, I wasn’t particularly a fan of but my brother liked it. Then came the appetizer which was crostini. It had bread which I really liked because the edges were very crusty. They spread an almond ricotta on top with cherries and arugula on top. This, I was CRAZY about. I could have eaten at least 149,000 of these! Well…maybe not that much, but you know what I mean.

After the crostini, we had tomato soup which had a little sauce on top in the shape of a heart. This soup was the best soup of my life.

My parents, for their main meal, ordered the beetroot risotto. It was purplish-redish. My mom thought it was fantastic but very filling.

Me and my brother ordered the nachos. The nachos have cheese, beans, guacamole, pico de gallo, and vegan sour cream on top of chips. Me and my brother were kind of worrying about who was getting more than the other and if it was fair. 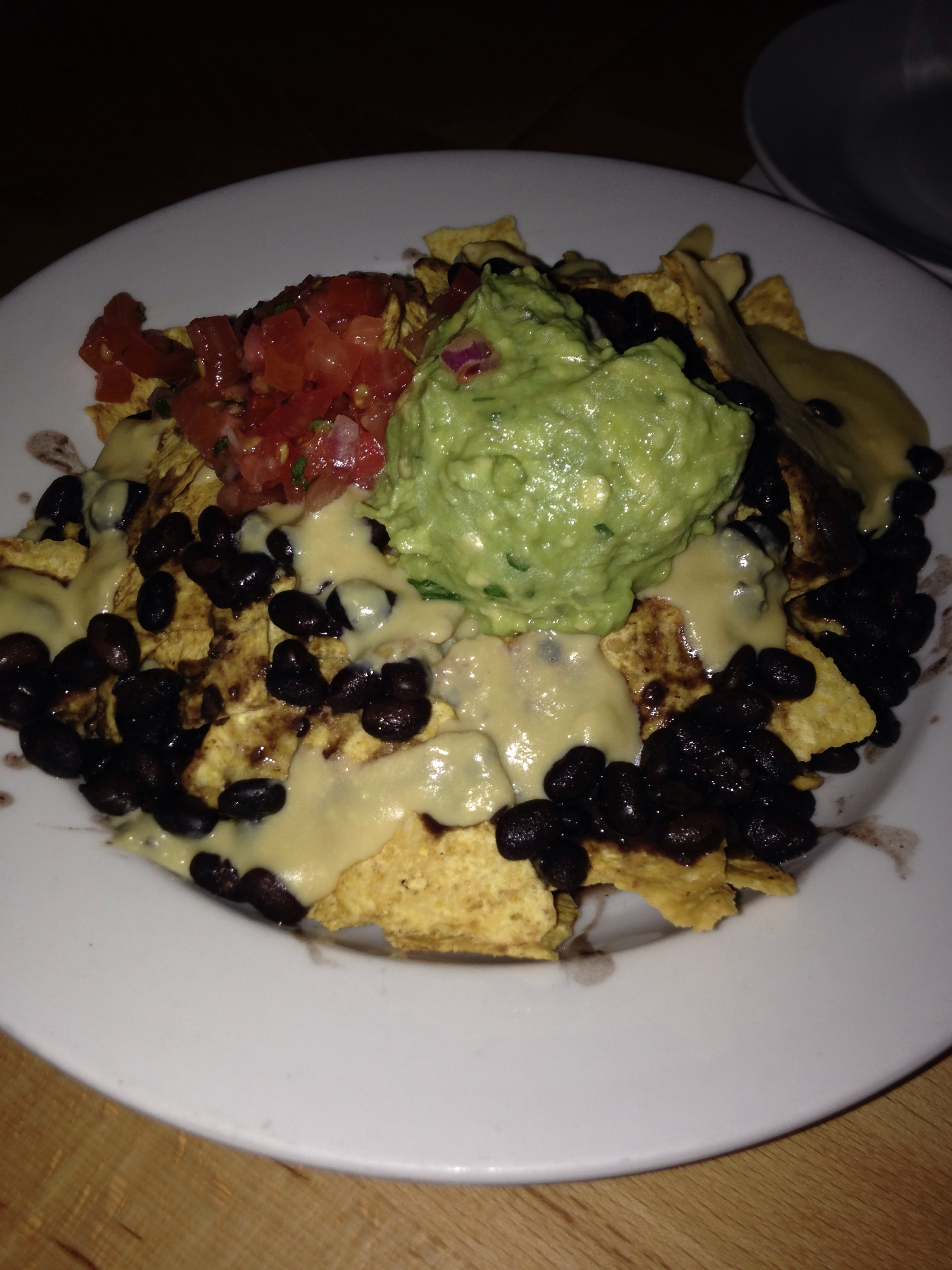 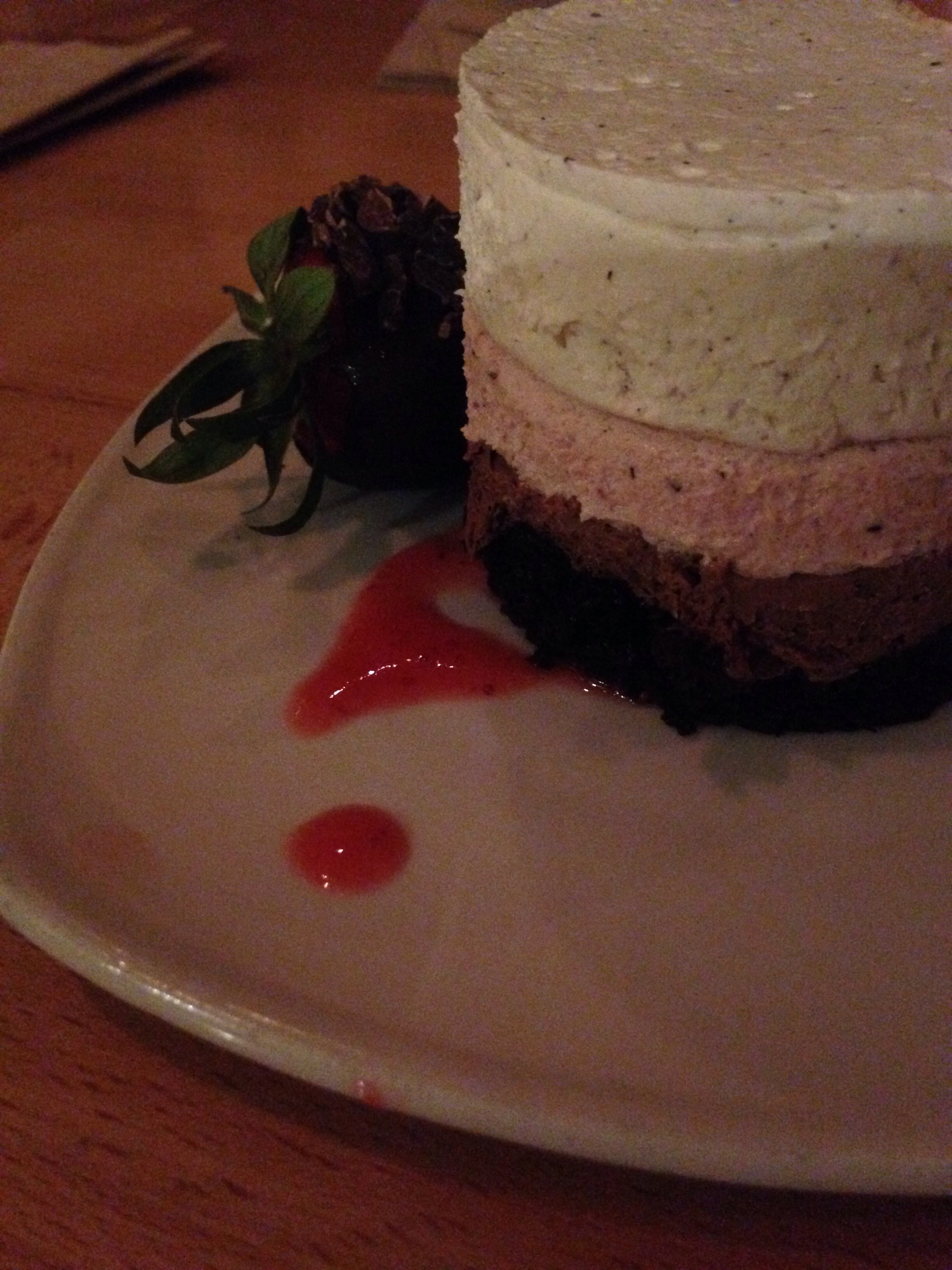 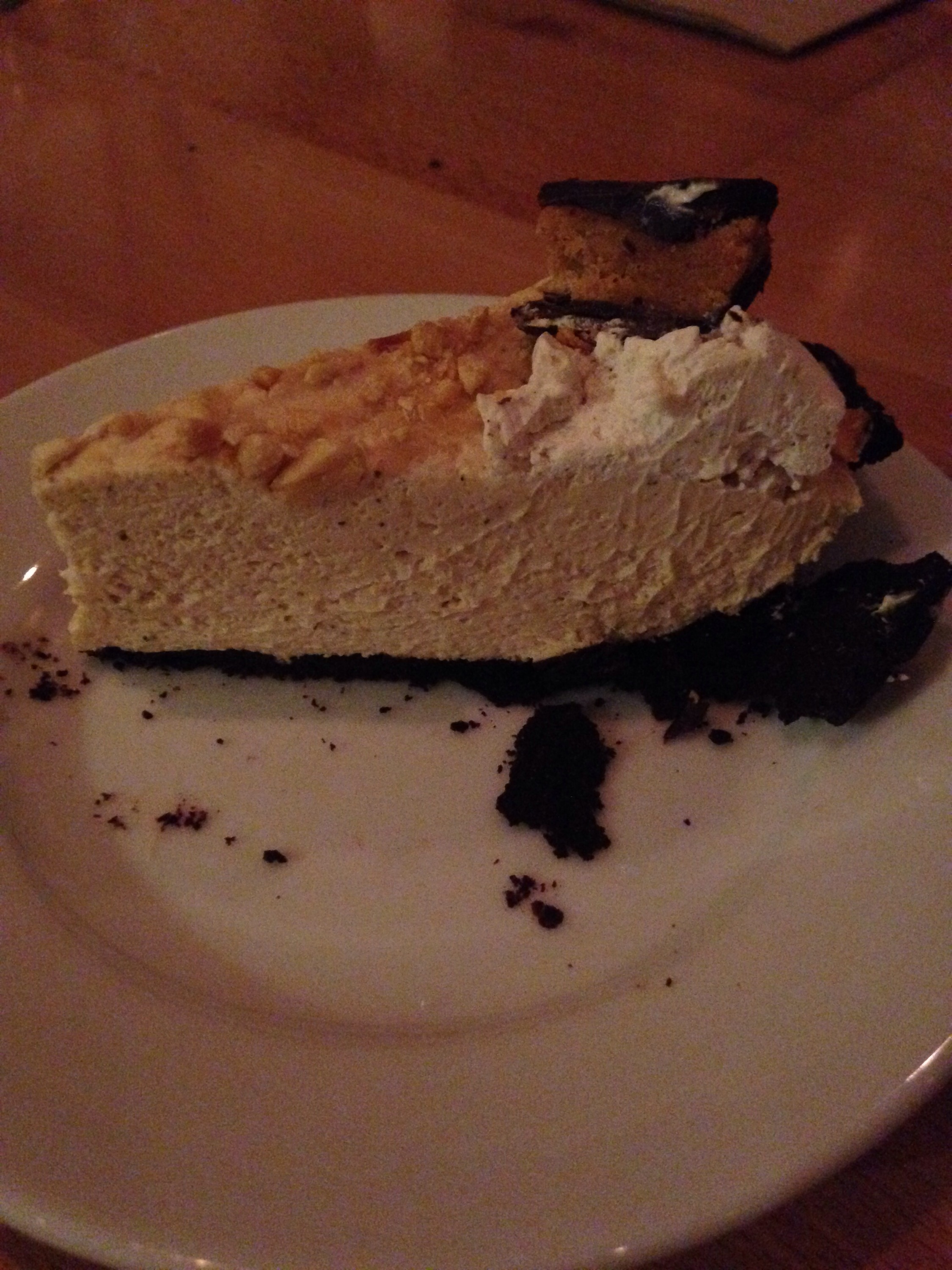 We also exchanged valentines at dinner. I gave my mom a book I made for her that when she got sad or had other feelings she could draw her feelings in it. And my mom gave me a valentine that she made. I loved this valentine. You can see the picture below because it is the most beautiful valentine I have ever received. 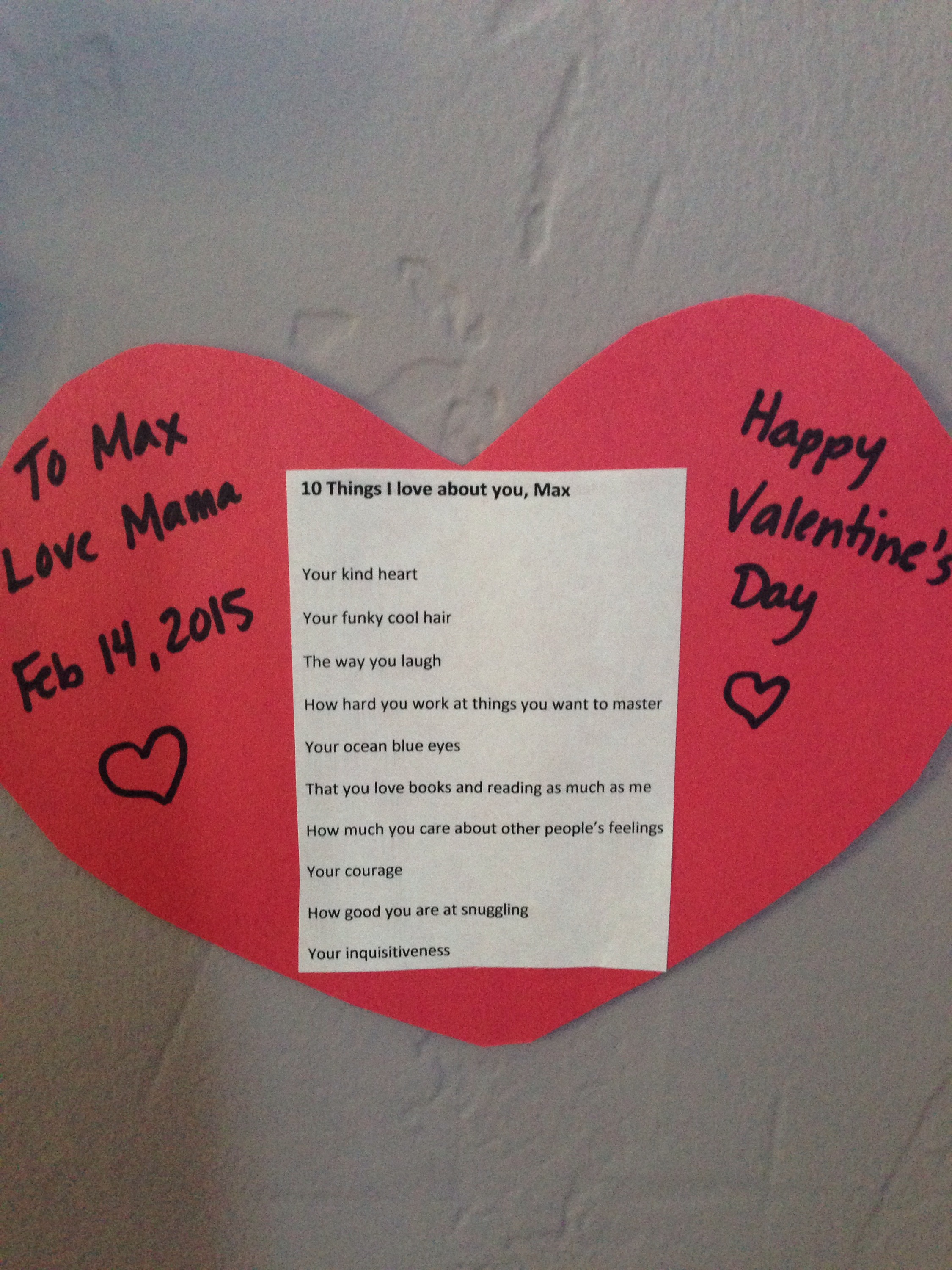