This year for my birthday I did not want to have a party and I decided I wanted to go to a Dodger game instead.  The Dodgers were playing the Marlins and I was hoping the Marlins would win because I’m a Cardinal fan and if the Dodgers lose it would be good for the Cardinals.  I was wearing a Dodger hat so the fans in the stadium wouldn’t get mad at me!  My mom has a friend who helped us get these amazing seats that were like 20 rows from the field near 3rd base.  She even helped get a birthday message to me on the jumbotron – three times!   It was really special for my birthday!  I even got to hit the beach ball once.  Usually at games they hit beach balls around in the stands.  I don’t know why they do that actually.  But I still did it.  I invited my friend Joe to come with me.  The Marlins won 5-4!  I was happy! 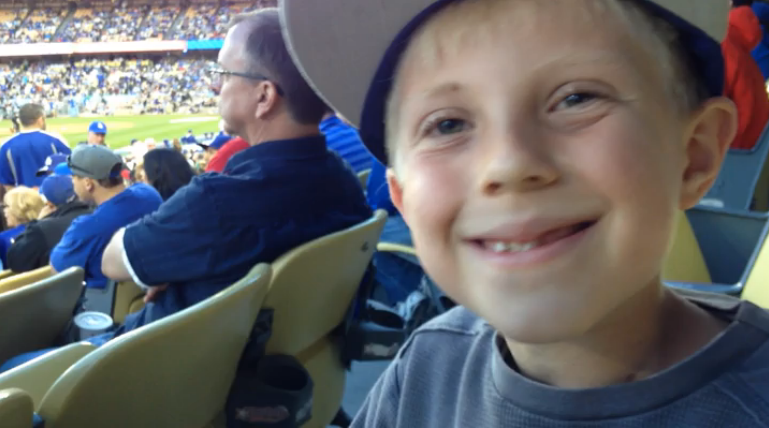 I have to say that at first I was pretty frustrated about the gluten free situation but it was partly our own fault because we didn’t go look for food early enough.  Here you can even see me ranting about the situation:

But here’s what I was able to find: I got the veggie dog but we had brought out own gluten free buns because my dad knew about the bun situation!  Then, I got some veggie rolls.  They had carrots, cucumbers, and avocado inside and they were wrapped in a tapioca wrap.  I thought these were good even though I’m not a huge fan of cucumbers.  I liked that they were very crunchy and that they satisfied my appetite so I could relax back in my seat and watch the game. 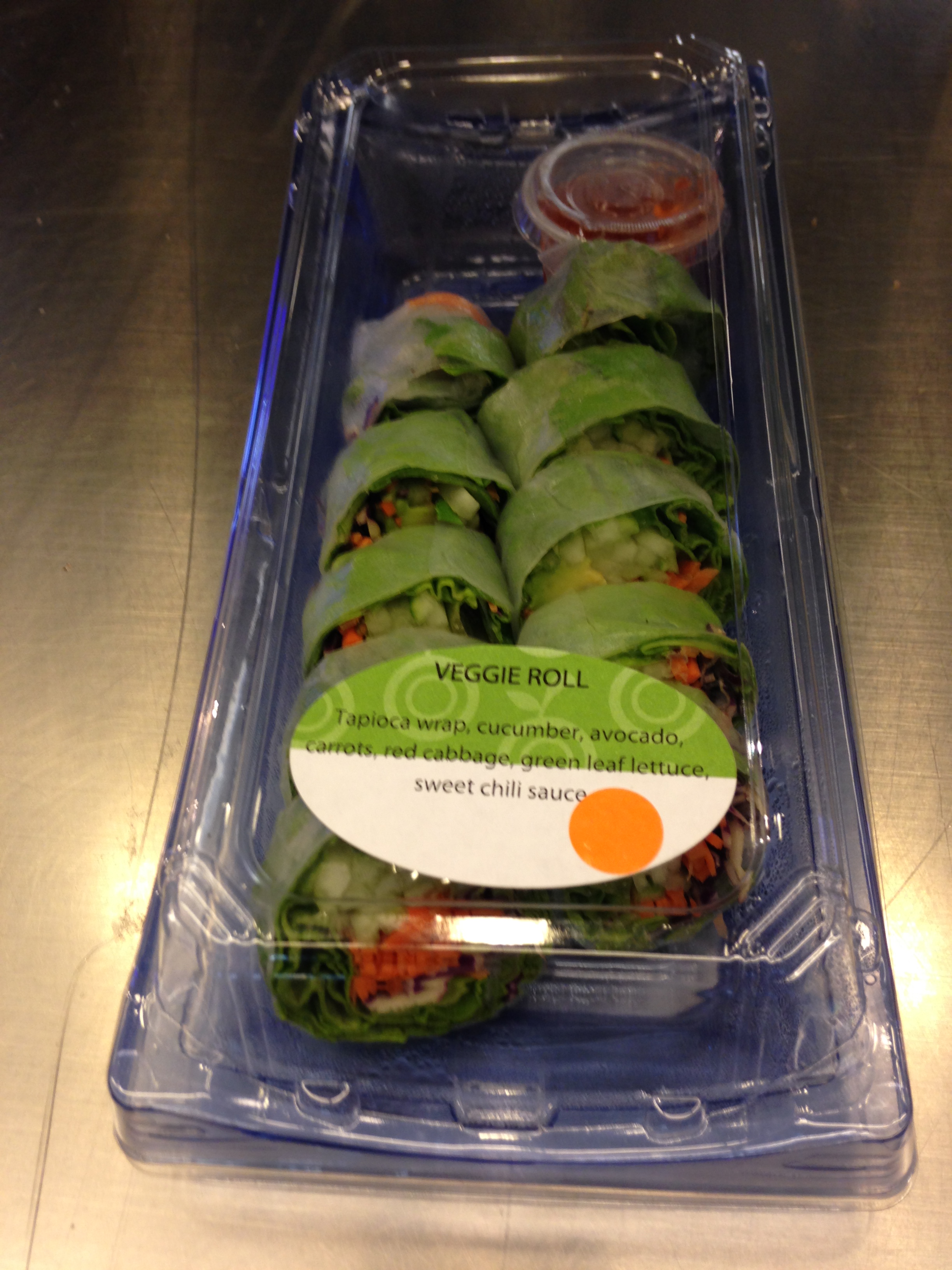 They do have a gluten free stand but as I started to tell you, the game was so exciting that we didn’t go check it out until late in the game — and they were CLOSED.  That was a bummer.  So next time I’ll make sure to go earlier.  I did see that they had gluten free beer on the menu but I don’t drink beer so that wouldn’t have helped me out even if I had gotten there on time.

So, here are my tips for gluten free eating at Dodger Stadium:

1. Bring your own gluten free buns if you want a veggie dog

2. When you get to the stadium pick up a program and inside it has a map of all the food areas including the gluten free stand

3. BUT – make sure you go to the gluten free stand by the 7th inning so you can get there before it closes

4. Check out the veggie roll from the marketplace

5. If it is your birthday you can go to guest services and get a birthday button and a Dodger schedule for free!  I know this isn’t a gluten free dining tip but it is cool!

I hope you enjoy the next game you go to and with my tips you should be able to have a good gluten free experience!