Howdy readers!  Last week I had the opportunity to go to a farm named Oshala Farm in Oregon.  It was really exciting because the farm was 113 acres and I had never been to an herb farm before.  Oshala Farm is known for their tea and medicinal herbs.  Before the trip my friend Michelle arranged for us to do the tour of this farm. 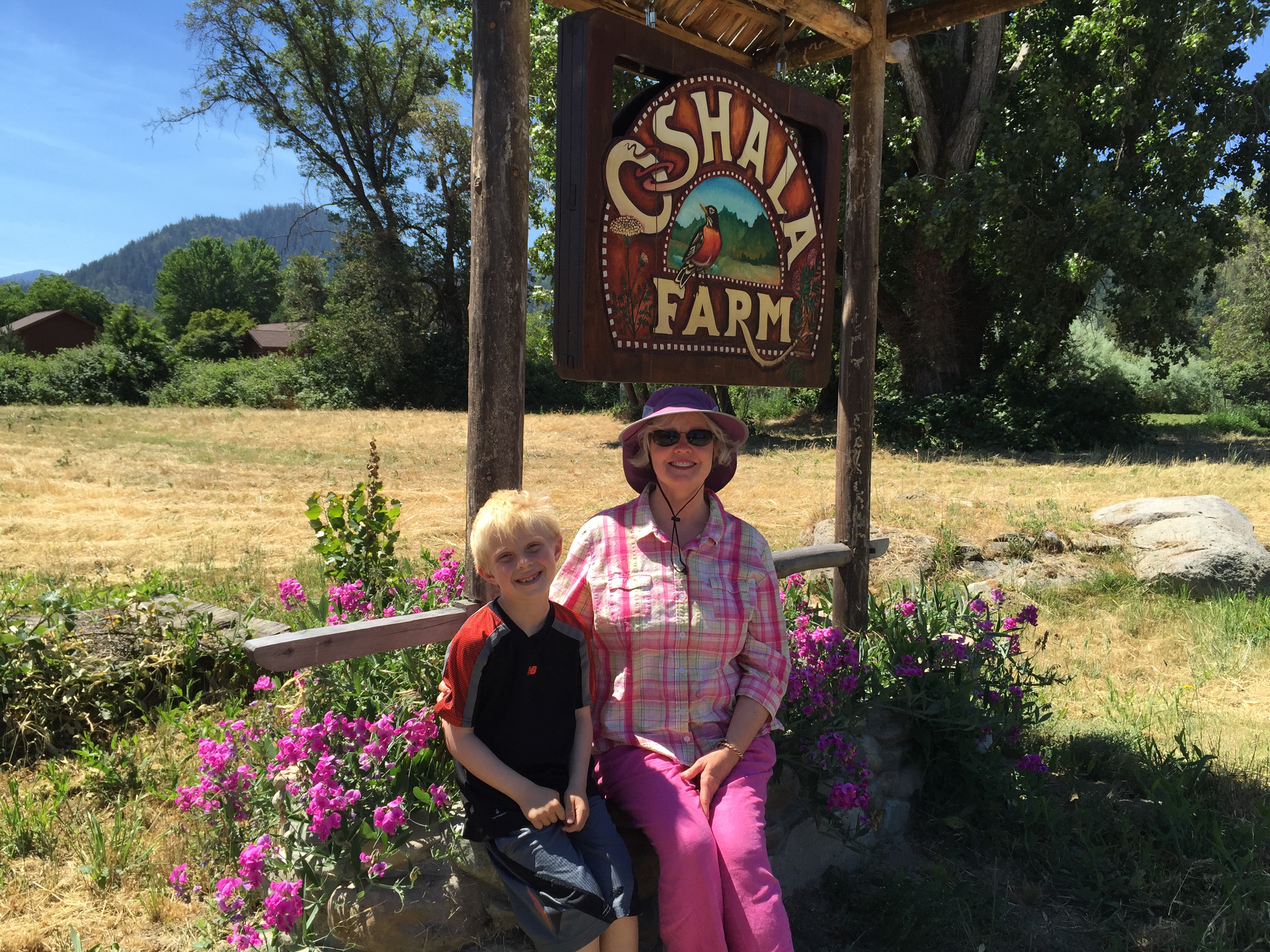 This was a walking tour.  We were walking a farm road and it looked really cool to look up at all the mountains and trees clustered together.  We were all talking about how beautiful it looked.  This farm was created in 1906 but the mountains must be older than that so the whole time people were farming here they must have had that view of the mountains too!  It was started as a cattle farm but when Elise, who owns the farm with her husband Jeff, came along she changed it to an herb farm. I felt much happier to hear that! 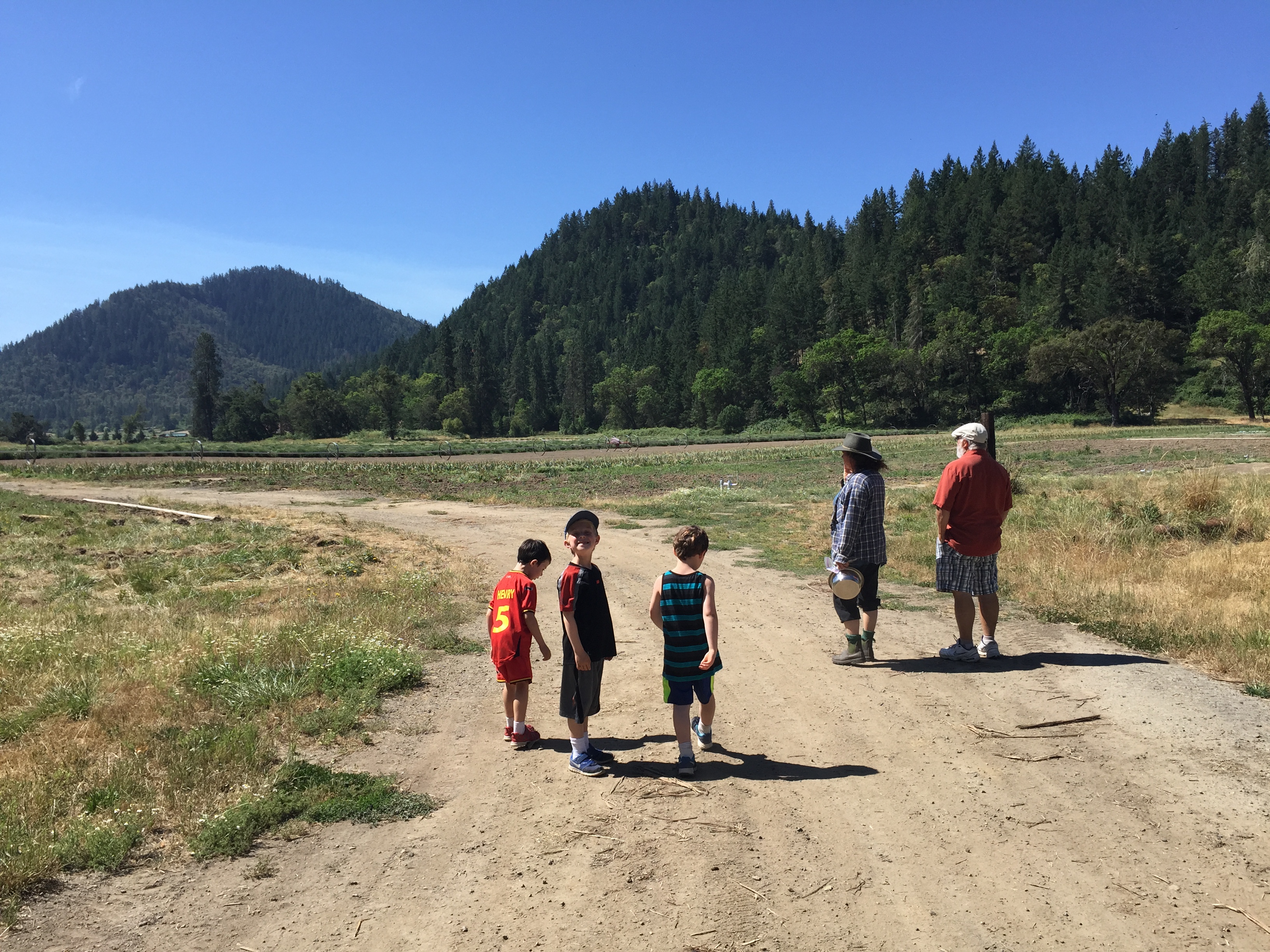 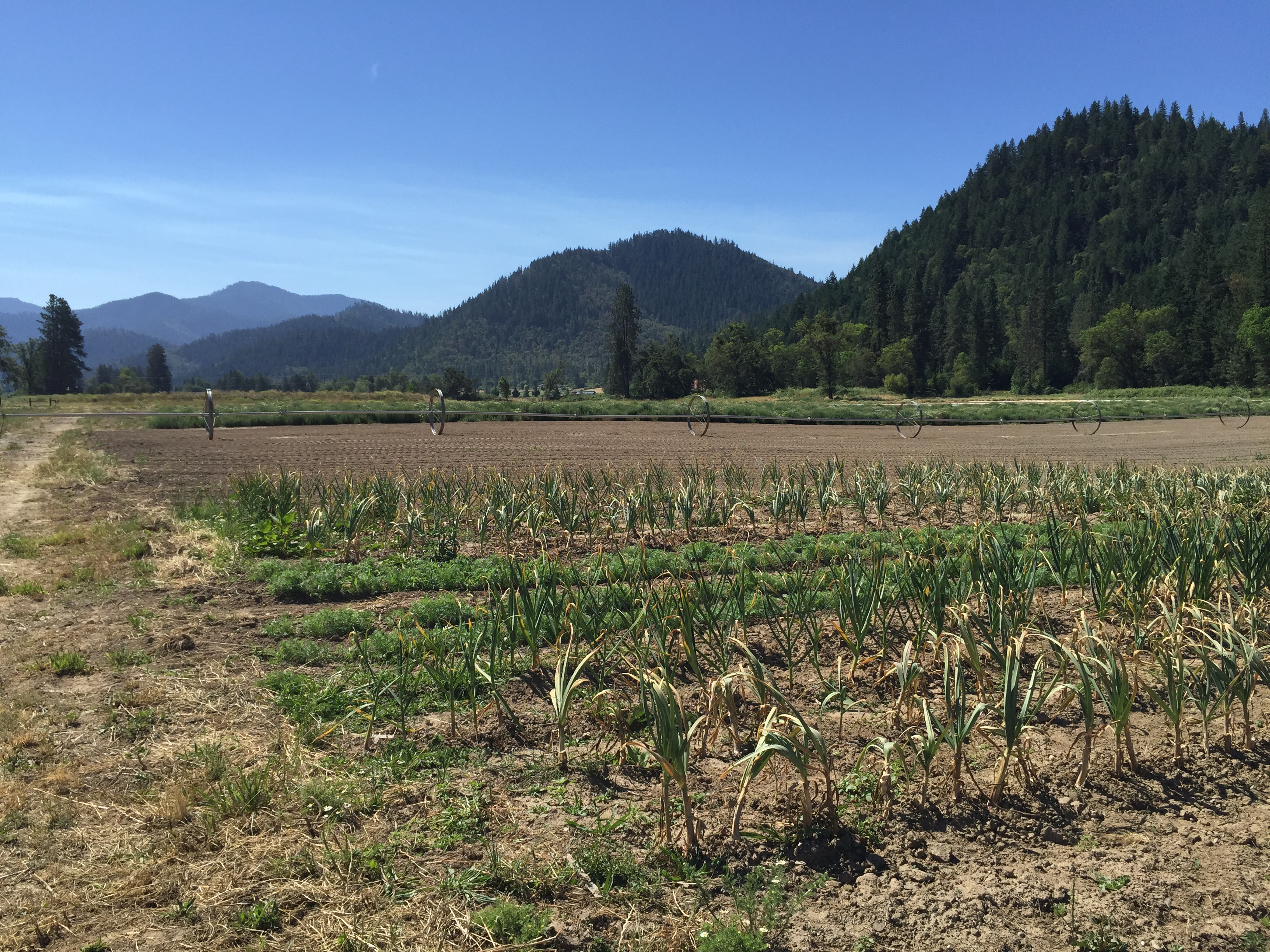 Some of the things they grow there are herbs like Stinging Nettles, Echinacea, and Sage which we tasted right off the plant!  She also grows things like blackberries and garlic.  We asked Elise how she knew when the garlic was ready and she told us that when the gophers start eating them we know they’re ready because they wait until the perfect moment.  Then you have to dig up the bulbs very quickly!  Here is a photo of the garlic growing: 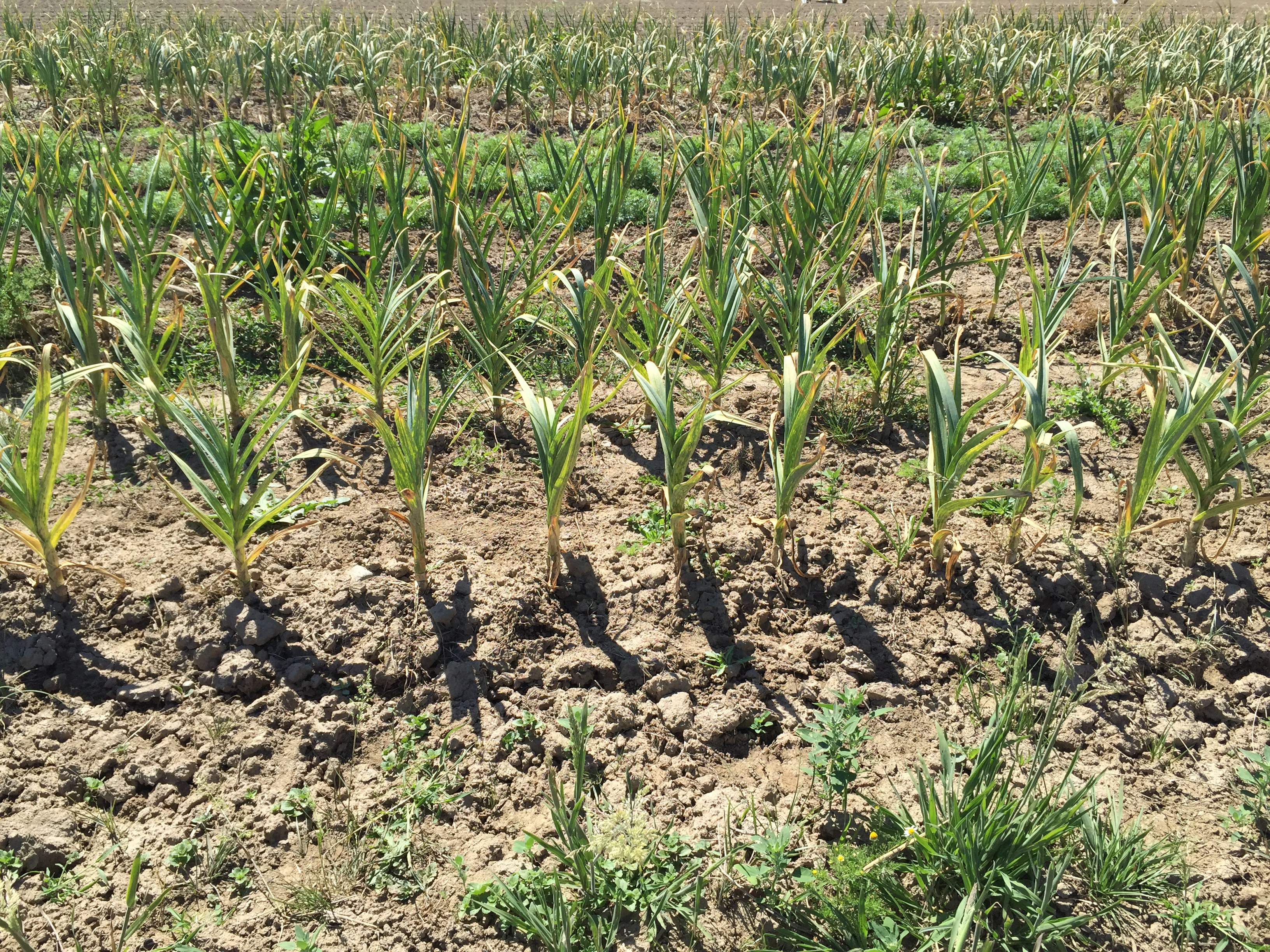 When we were walking along the road eating our sage we saw a tractor with a cutting blade cutting stinging nettles.  They were bringing them to the drying room.  The drying room is where they put herbs to dry out for their teas, spices and other things that they sell.  One thing you should already know: farming is HARD WORK!  I know this because Elise told me and I saw them working in the hot sun and Elise told me that she gets up between 5 am and 5:30 am each day.  My dad sleeps until at least 6:45 even though he would really like to sleep in until 9:30.  So if he had this job he would definitely be late every day! 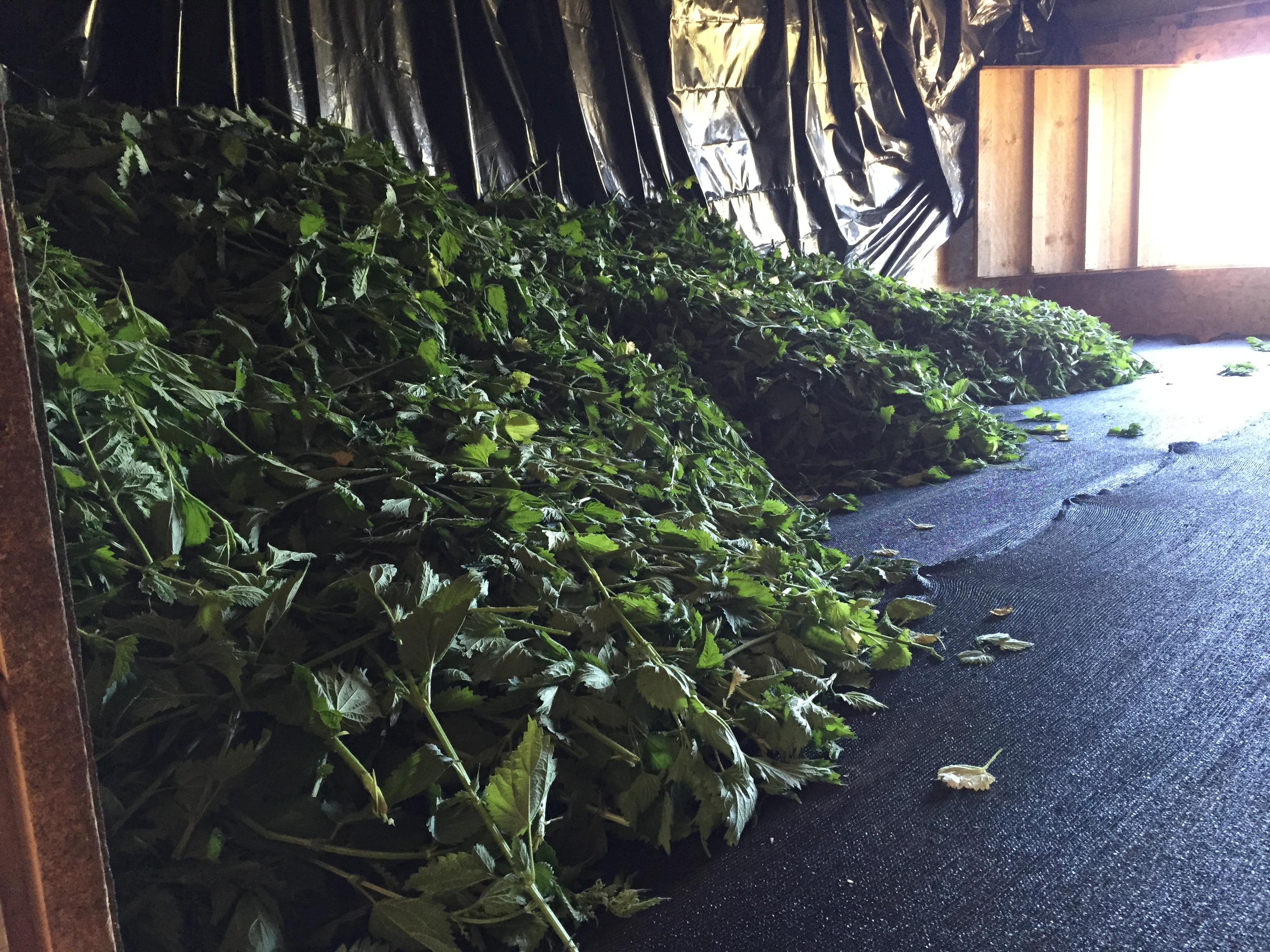 The year 1927 is significant at this farm.  This is when the owner before Elise and Jeff had bought the farm.  When Elise bought this farm many years later they noticed that they bought the farm on the exact same day and month as the last owner.  I think that’s cool because out of 365 chances that’s pretty rare.  Although not as rare as Luke Skywalker shooting a torpedo directly into the Death Star.  I also think 1927 is a cool year because that was the year Babe Ruth hit 60 home runs and led the Yankees to a World Series sweep over the Pittsburgh Pirates!  I think this farm has good luck.

Also, this tour was cool because I got to see the whole process from growing the herbs from seeds in the ground to selling tea at the farmers market.  The next day, after this tour, I went to the farmers market and saw Oshala Farm’s stand!  And Elise was there too. 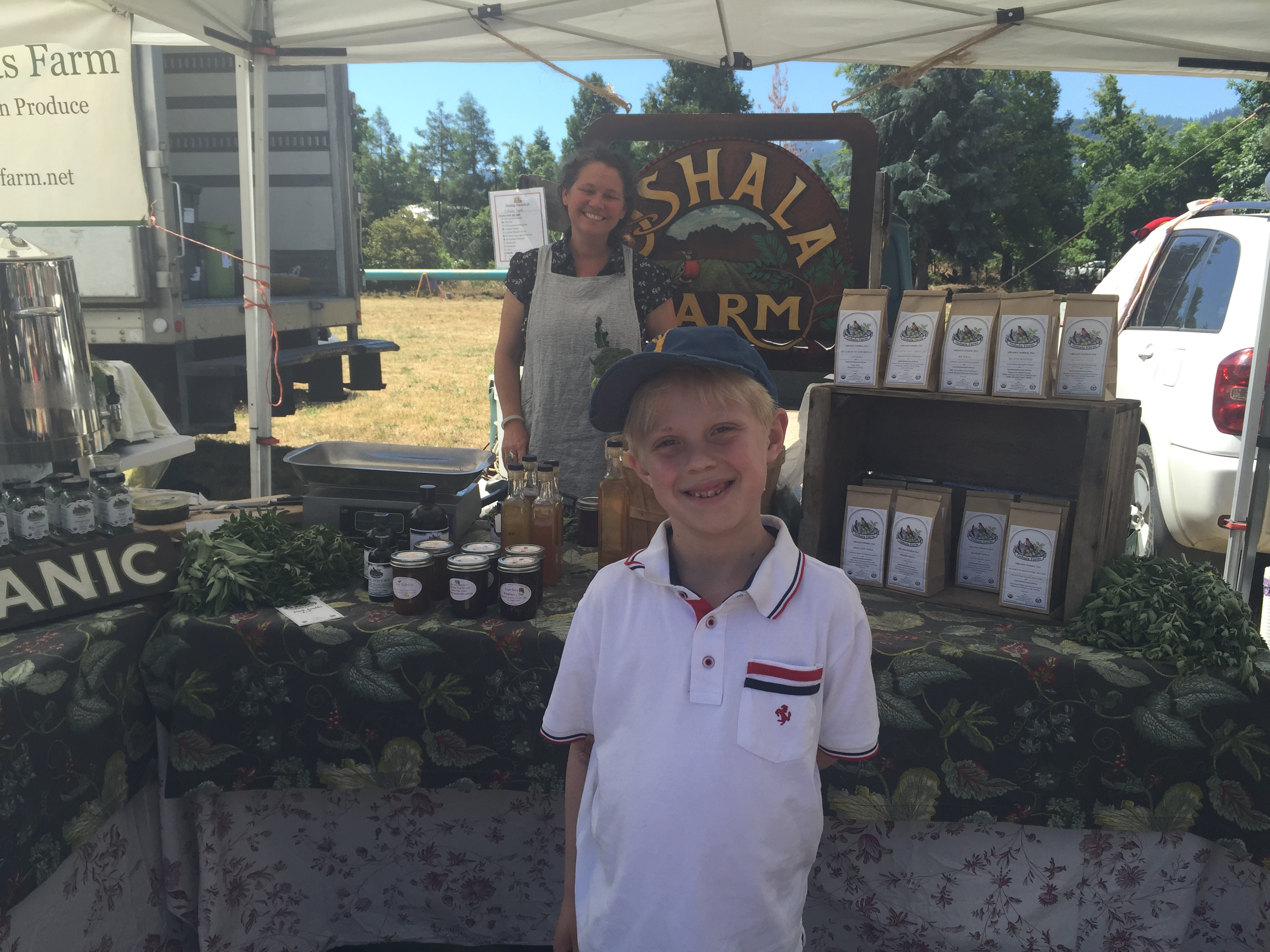 I want to point out that everything at this farm and everything that they sell is organic.  Even their spices – check out this awesome picture: 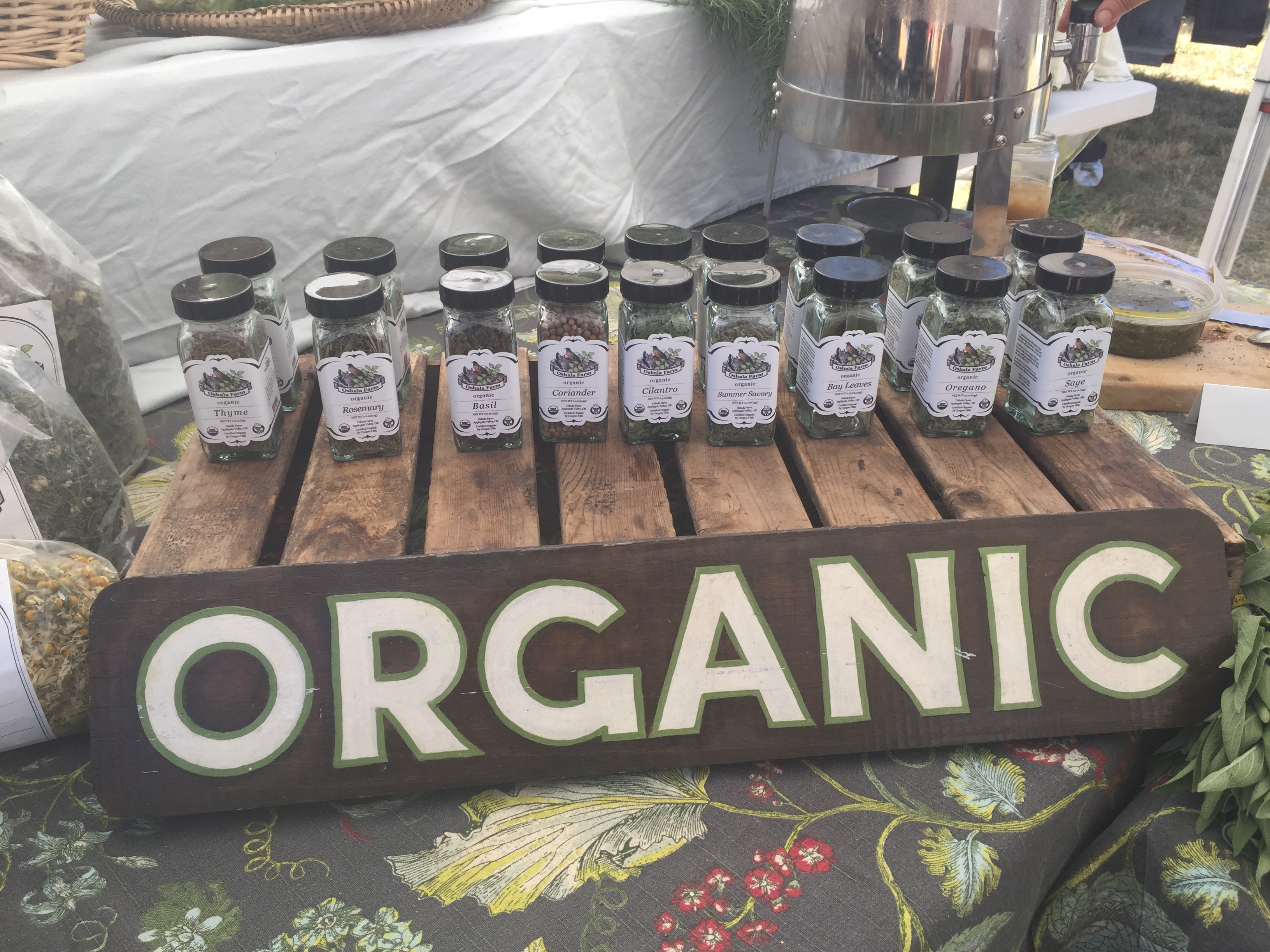 When I was at the farm Elise told me that she would like to give me some tea.  When I was at the farmers market I chose a bag of tea called Be Nourished.  I chose this one because when Michelle sent me a care package it had this same tea in it and I knew I really liked it.

This whole experience for me was really good and I wanted to share with you so that you know about Oshala Farm too.  If you are in Oregon you can find their products at the Farmers Market or at the Ashland food co-op.  If you are not in Oregon you can get their products online too.  To learn more about Oshala Farm watch my interview with Elise, below. You’ll not only learn more but you can hear birds singing in the background too!