Amici Brentwood to the Rescue! 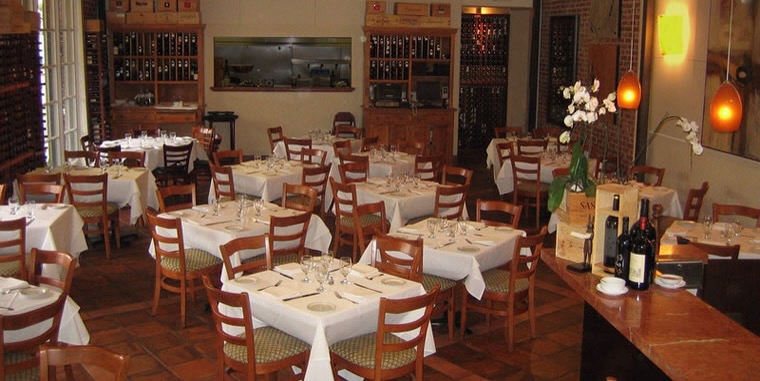 You might be thinking: what in the world is this?  Well I don’t have to tell you that I am reviewing this place.  But this restaurant is not the restaurant I had planned to review.  Let me tell you what I am saying.  This past week was my dad’s birthday.  We ordered him a chocolate peanut butter cake with peanuts stuck into the gooey frosting.  Also, we were taking him to one of his favorite restaurants.  We drove to the restaurant and then … there was a power outage!  We stayed there for a couple of minutes while my mom looked up a new restaurant to eat at.  My mom found this restaurant called Amici Brentwood and we all voted we should give Amici a shot.  It took a couple of years to drive over there (it felt like it).  We walked in the restaurant and… there was a TV!  This TV was very big. You know I love a restaurant with a TV.  Probably all nine year old boys do!  A football game was on television.  Clemson vs. Alabama.

We had 9 people so we needed a big table.  Apparently appetizers were there as we sat down. There was a white bean dip and tomato Bruschetta.  Unfortunately, the bread on the table wasn’t gluten free but we asked and they were very nice and gave us some gluten free bread.  I was thankful.  I had a lot of pieces of bread and after my mom said no more bread I was greatly disappointed but there was a bowl of chopped tomatoes on the table.  Are you thinking what I am thinking? I grabbed my fork and grabbed the bowl of tomatoes and chowed down!  Then I ate a second bowl!  Yum!

For my main course me, my brother, and my mom had a mushroom risotto which was gluten free and they made it dairy free for us too. They made it with white wine and garlic for added flavor.  Did you know that the right way to eat risotto is to start at the outer edge of the bowl and keep going around and then go closer to the middle? It keeps the heat in the dish until you get to the very end.  Usually my favorite part of the risotto is the mushrooms but this time I really liked the texture of the rice.  It wasn’t too mushy which sometimes it is at other restaurants. My dad had a gluten free pasta with tomato sauce and nothing else in it which seemed pretty boring.  But then I found out it was in an Arrabbiata sauce which is a spicy sauce with some real kick to it and he added peppers.  This is one of his favorite dishes. 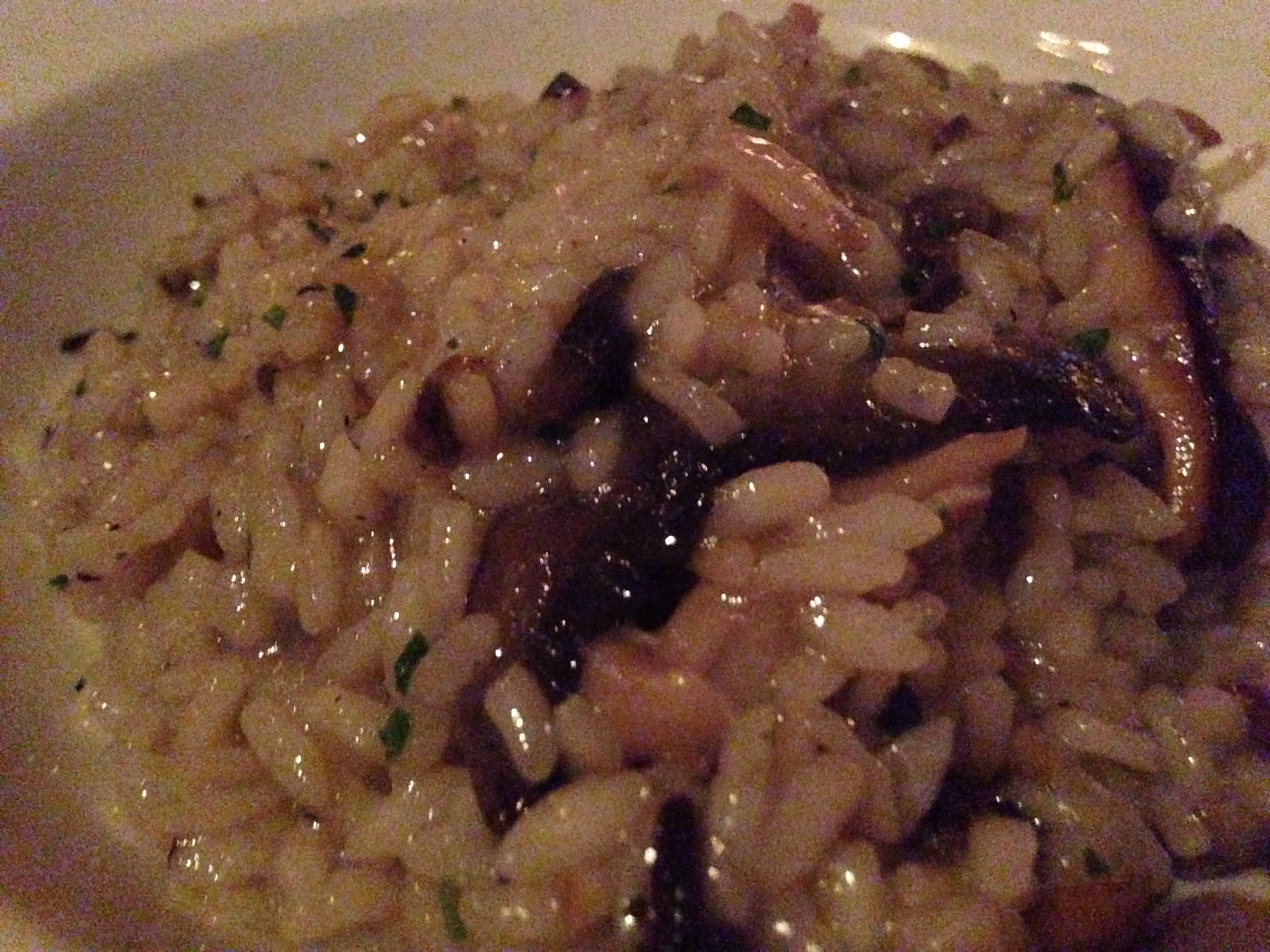 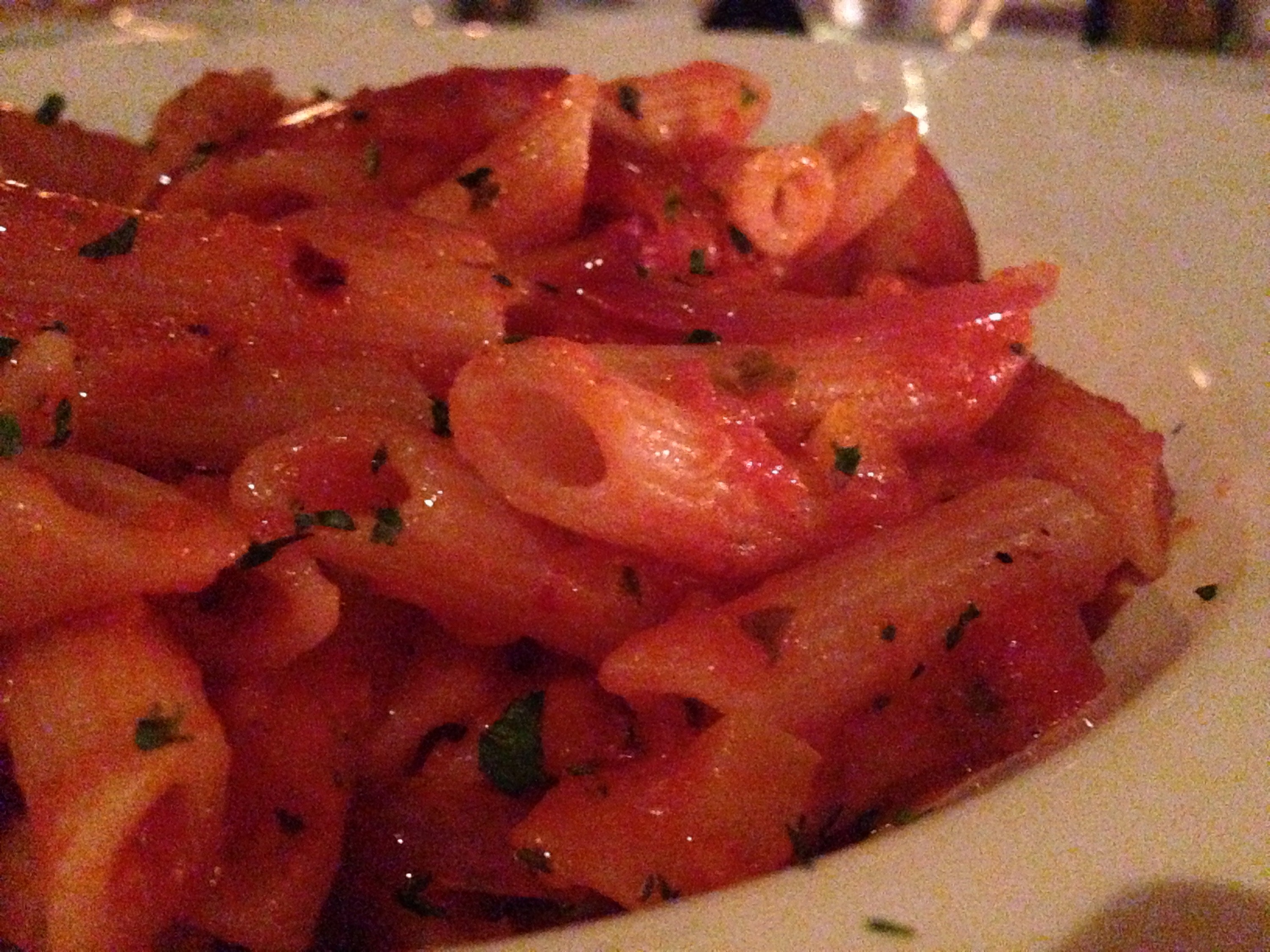 Amici Brentwood is a good restaurant to go to for special occasions because it is fancy but I should tell you it is not a cheap restaurant.  We usually try to find restaurants that are not too expensive but every once in a while we splurge.  When we had the power outage we were like “Oh no!” But it turned out okay in the end when we found our way to Amici.  The Universe sure does some crazy things!  Anyway, after we finished eating we all wanted to race home because we wanted that cake! I am sure you are not surprised about that!