Many of you know that I play basketball. Last season we finished third place out of eight teams. This season we are not doing so well. We are in seventh place out of eight teams. The good news is that I broke my record of points made in a season. Last year I had made 24 points. This year, I have already made 26. And we have at least two games left. Even better news is…we played the eighth place team tonight! And we won! And I scored two more baskets bringing my total this season to 30 points. Yes!

Here I am checking out the score after one of my baskets…right after this I fist pumped in the air! 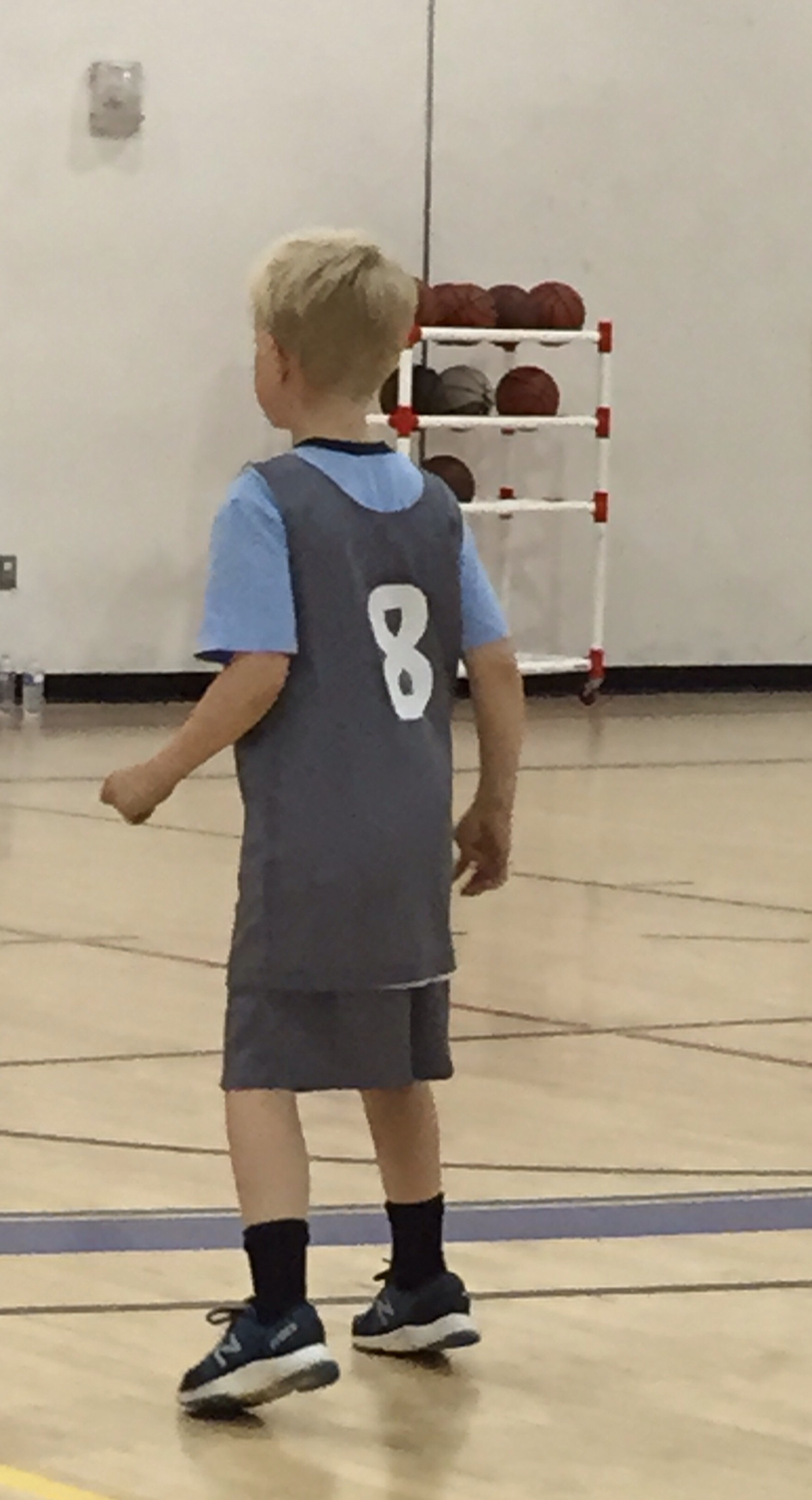 But there is some bad news, at least according to my mom. We have had a lot of nighttime games. My mom doesn’t like this because my brother and I end up going to bed really late. I think it is good because we don’t have enough time to make food at home after the game so we wind up ordering dinner to pick up from a restaurant near the gym. And that is exactly what we did tonight.

This evening we picked up Fresh Brothers Pizza. Pizza is perfect after a sweaty basketball game. My favorite pizza is one with olives and mushrooms. There are still a lot of pizza places that don’t have gluten free pizza crust, but Fresh Brothers does! FYI they also have vegan cheese for those who don’t eat dairy, like me. 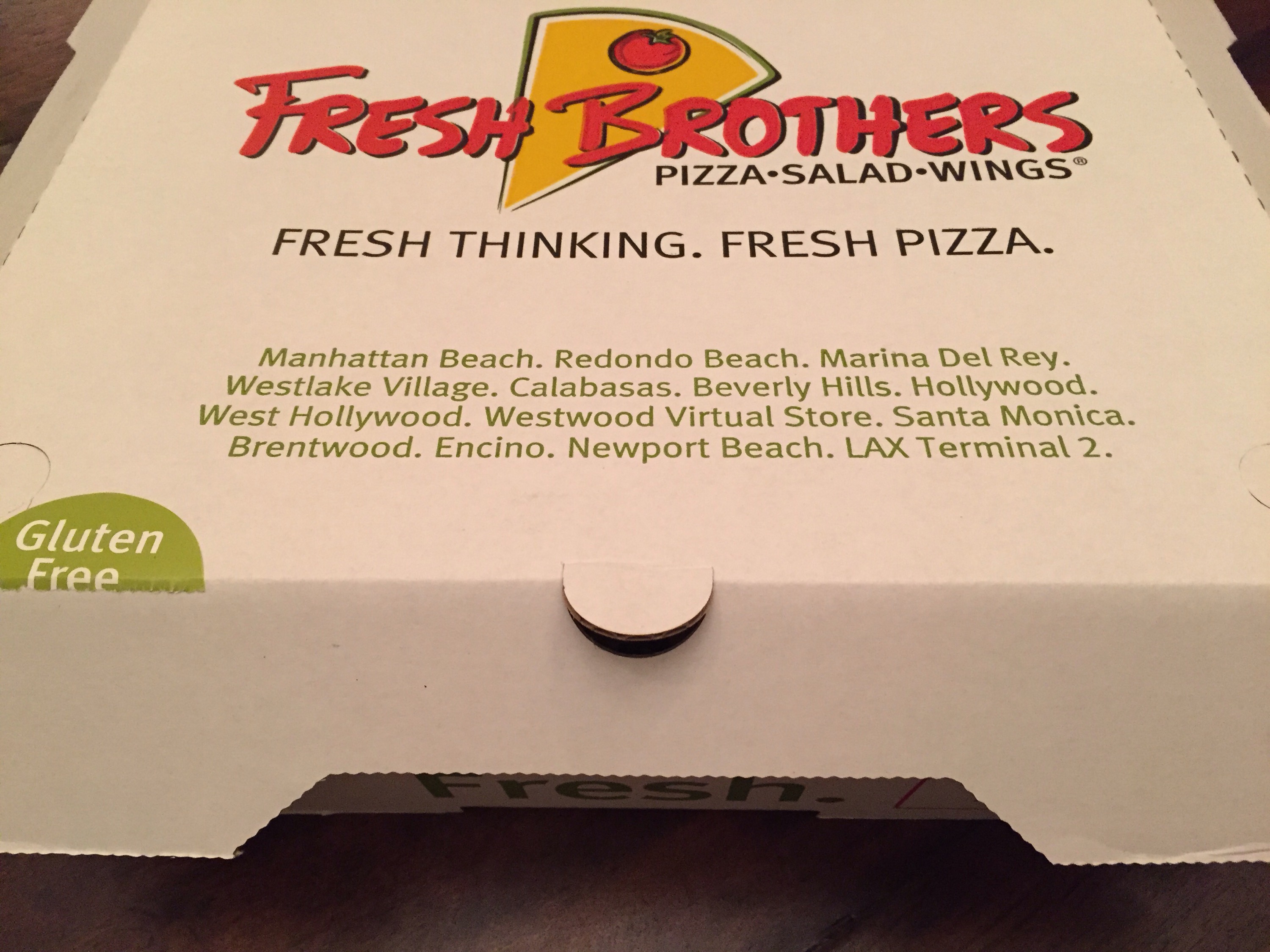 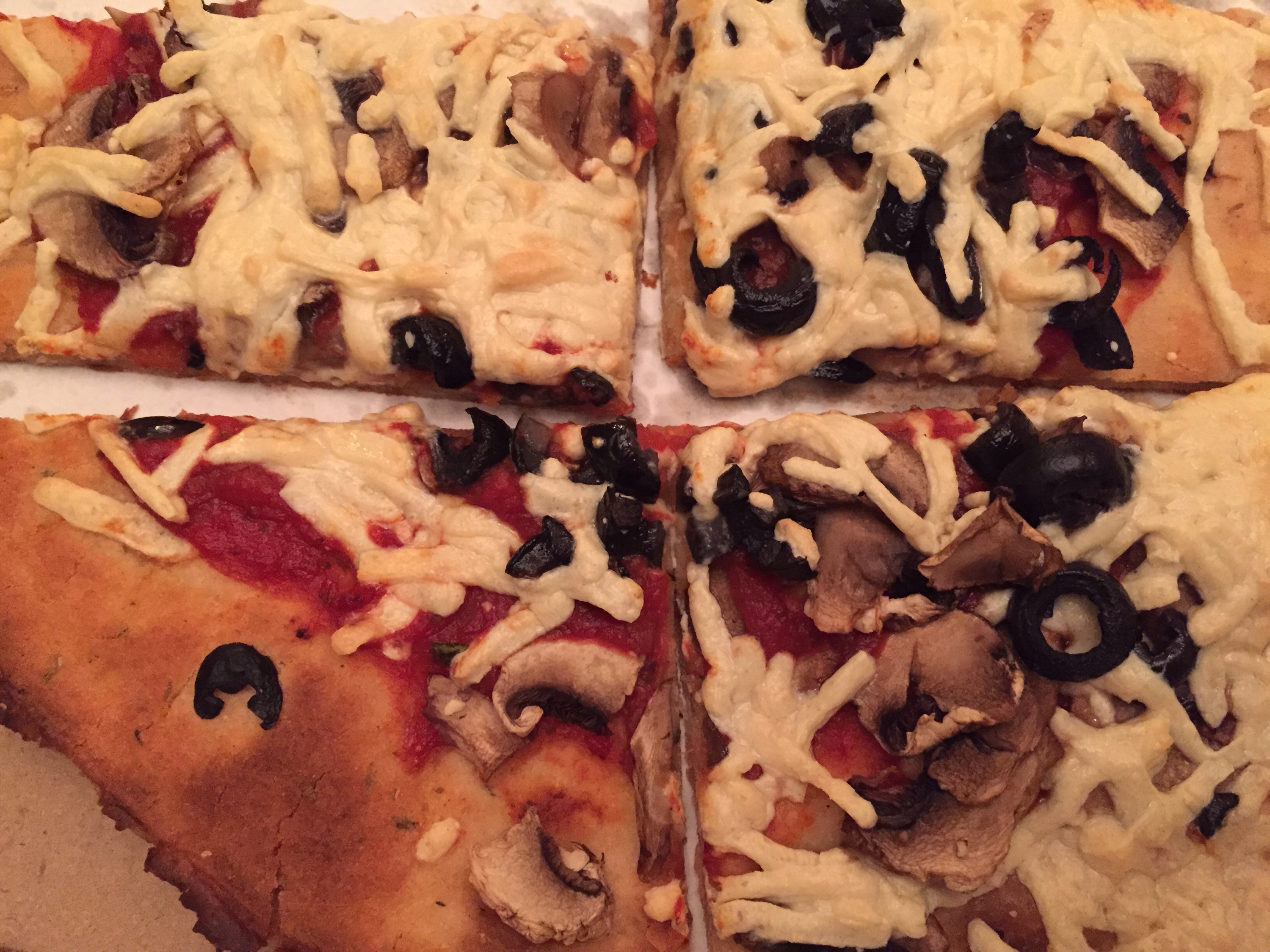 At school, during math, we practice fractions we use a pizza to help understand things. One time we actually made a real pizza and I ate it! When I was younger I always thought every single pizza had to have 8 slices. So if I ate 7 of those 8 slices, how many would be remaining? Did you guess 1? Well, you are wrong! While you were guessing, I ate that last piece of pizza because I never leave leftover pizza! The correct answer is zero!

Let me tell you how this actual pizza tastes. I always used to think that crust was always hard throughout the whole pizza. But the last time I had pizza, (which was too long ago) I discovered that as you get closer to the top of your slice it is flimsier and flimsier. Well, Fresh Brothers crust is just how I like it – crispy on the edge and just soft towards the center of the pizza pie- but not mushy. And they use Daiya cheese which I like, plus whatever goodies you want. This pizza hit the spot tonight! 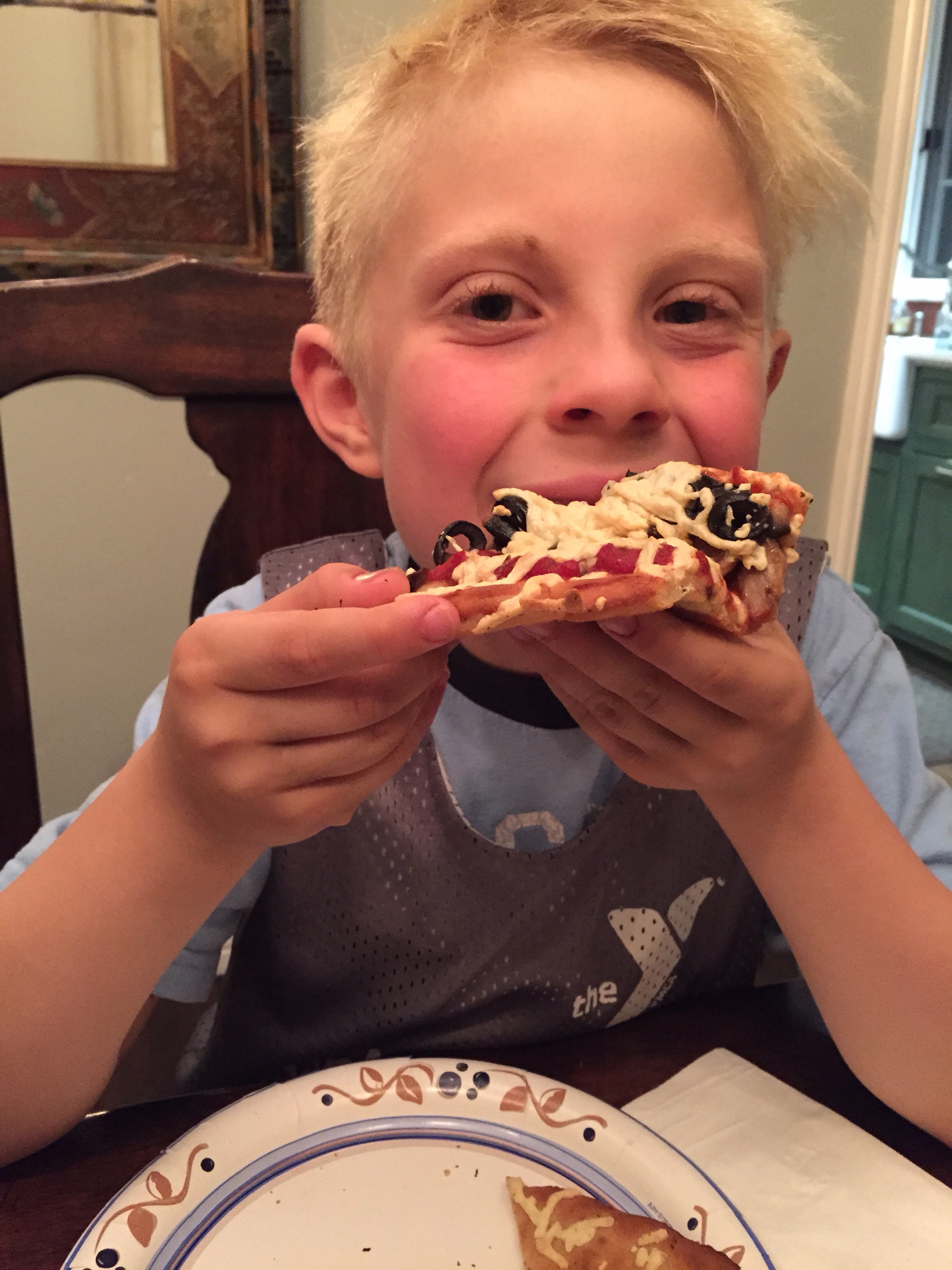 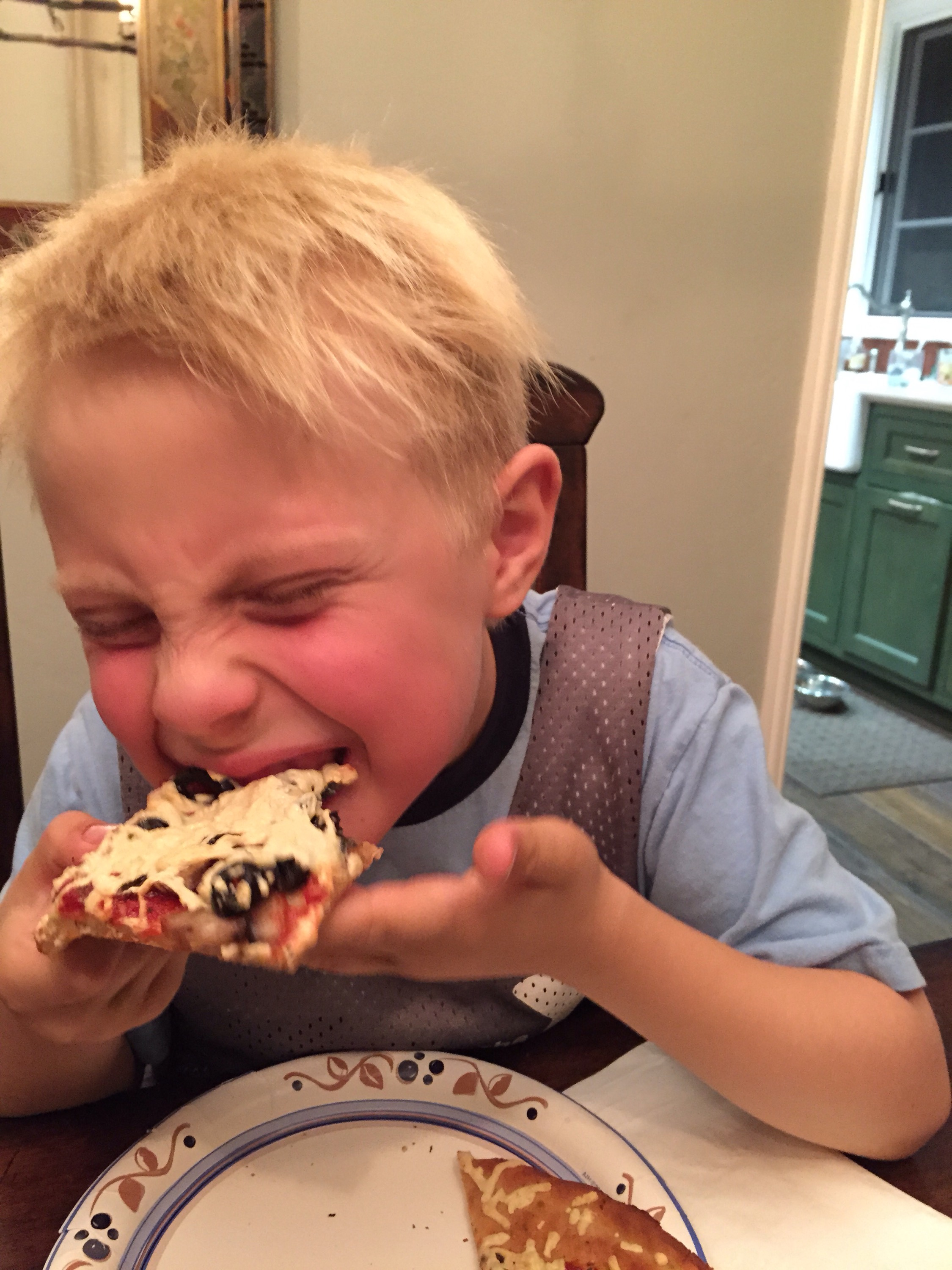 There are lots of Fresh Brothers locations. The one I went to is located in Santa Monica. Check this place out and let me know what you think!