Maria Sharapova and Friends was a tennis event at UCLA that I went to on Saturday.  Here is me in line, standing by a Kei Nishikori poster. Look how big he is! I am making that face because it was really bright and sunny out. 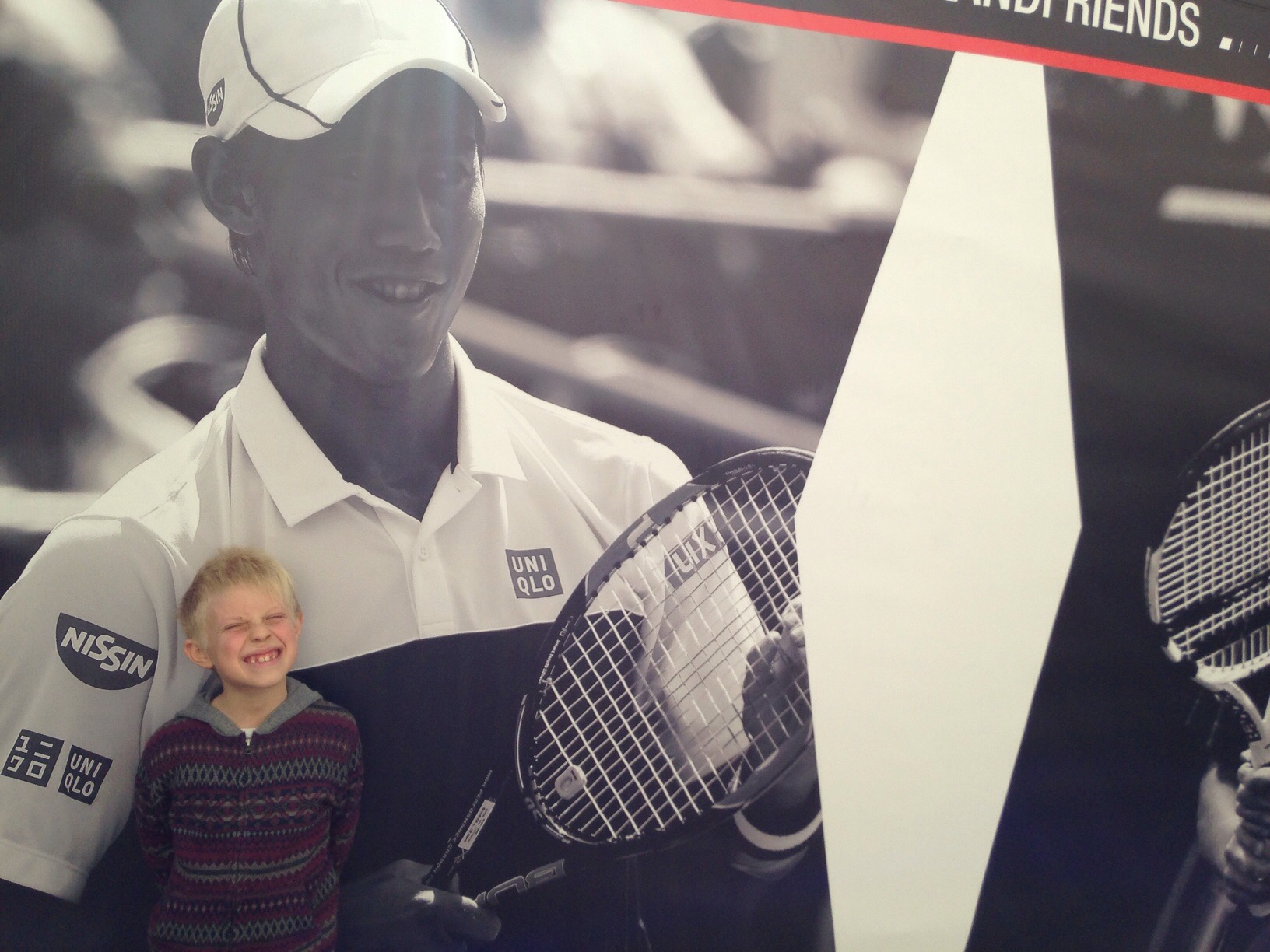 I watched mixed doubles first. The players were Andy Roddick and Laura Robson against Marty Fish and Madison Keys. Then I watched singles: Andy Roddick against Marty Fish. Andy Roddick and Marty Fish kept making jokes about each other and at one point Maria Sharapova ran on to the court and joined in the joke making. This was hit and giggle tennis in my opinion, not high quality tennis. They definitely weren’t trying their hardest but it was super fun because I still liked watching the tennis and they were having a good time. 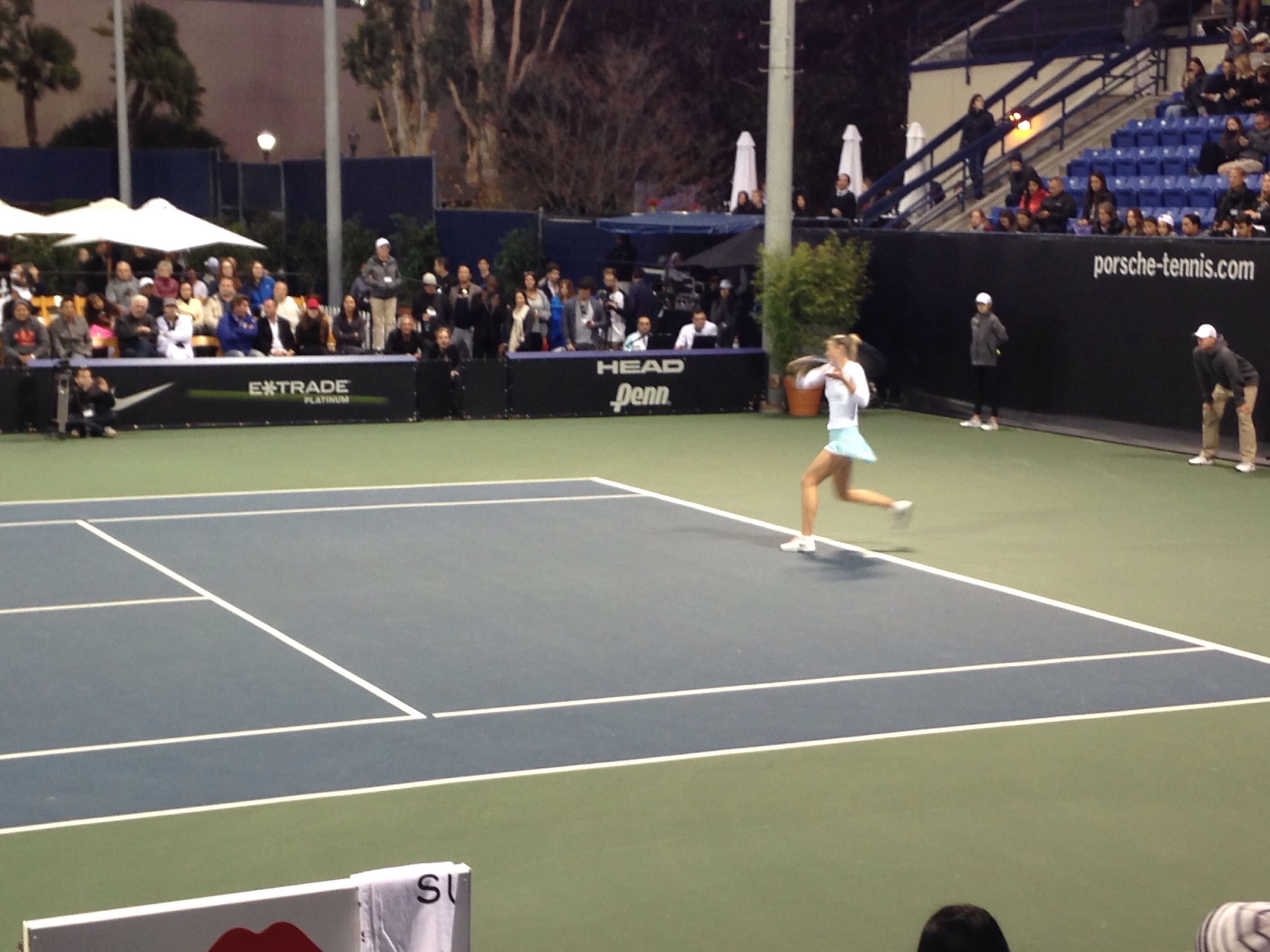 Remember when I reviewed those ice cream sandwiches a few weeks ago and how hot it was? Now it feels freezing outside and at the tennis it felt like it could almost snow. I know that living in California this sounds silly but seriously this is how I felt.

So when we got home my mom had prepared hot chocolate for us! I was like “YEEEEEESSSSS!”

I have to tell you about Ghirardelli Premium Hot Cocoa Double Chocolate flavor. 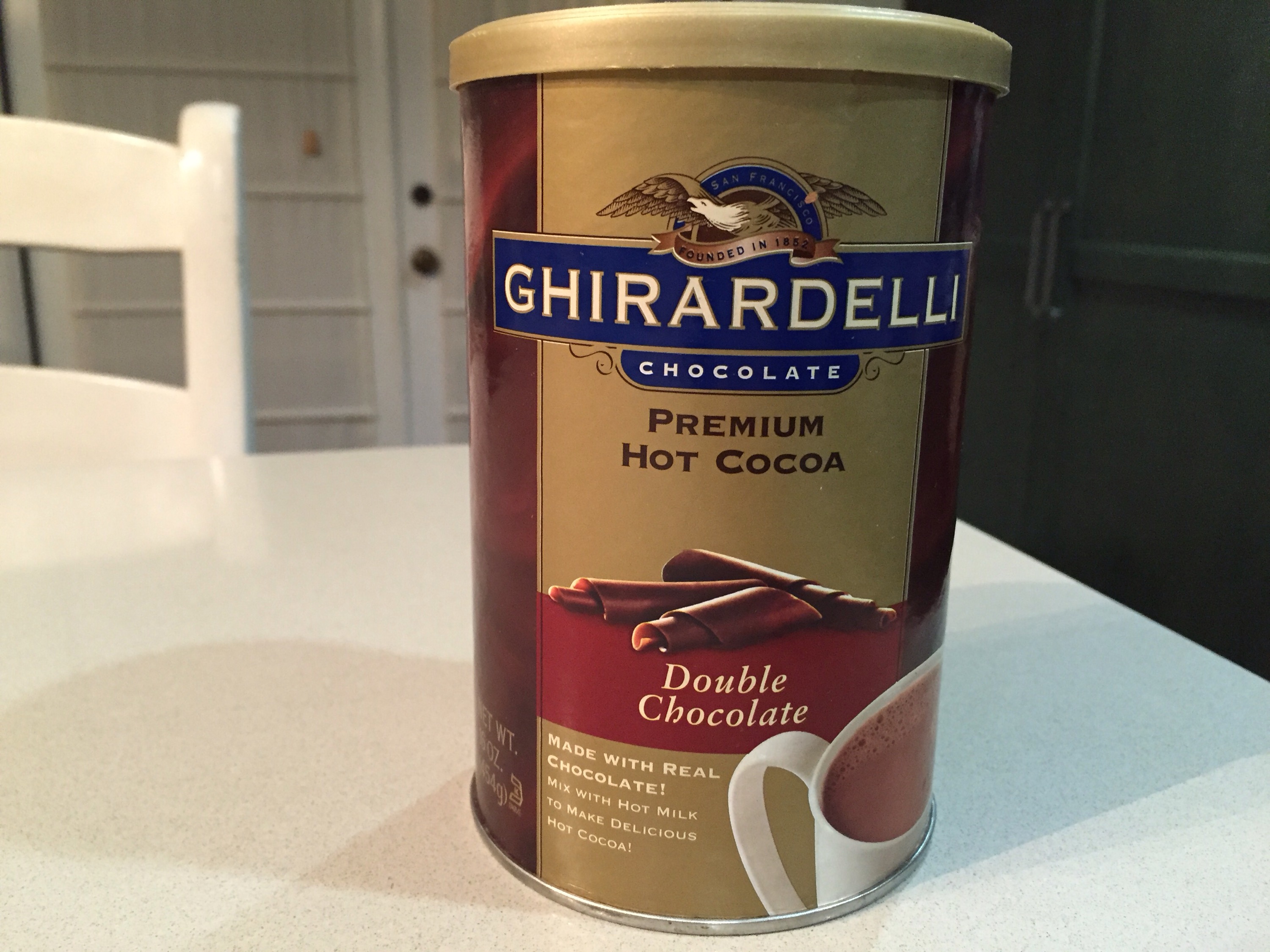 Making this is so easy. All you have to do is mix the chocolate with milk. We used coconut milk. You put the milk and the cocoa mix in a pot and heat and stir. That’s it. 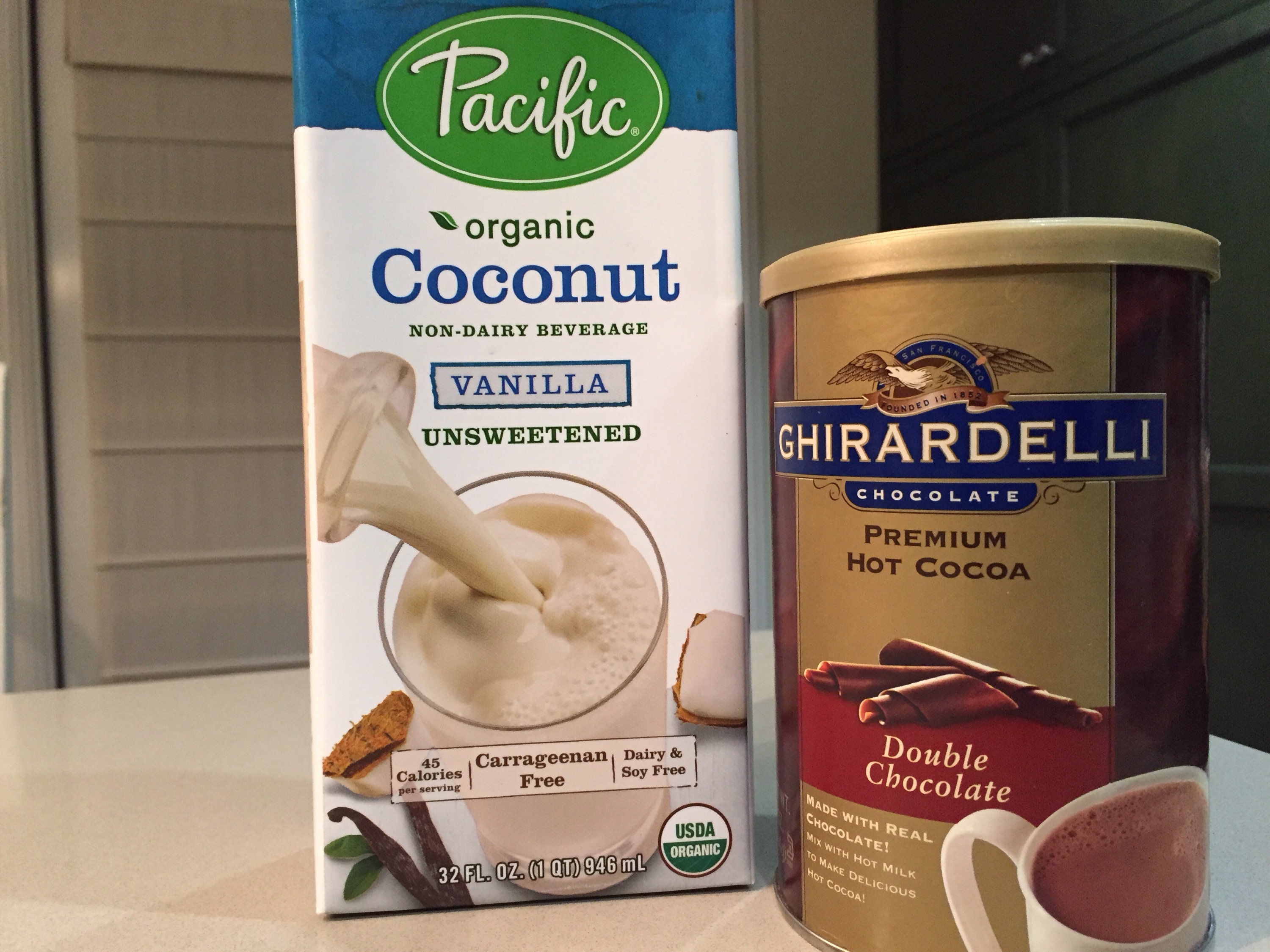 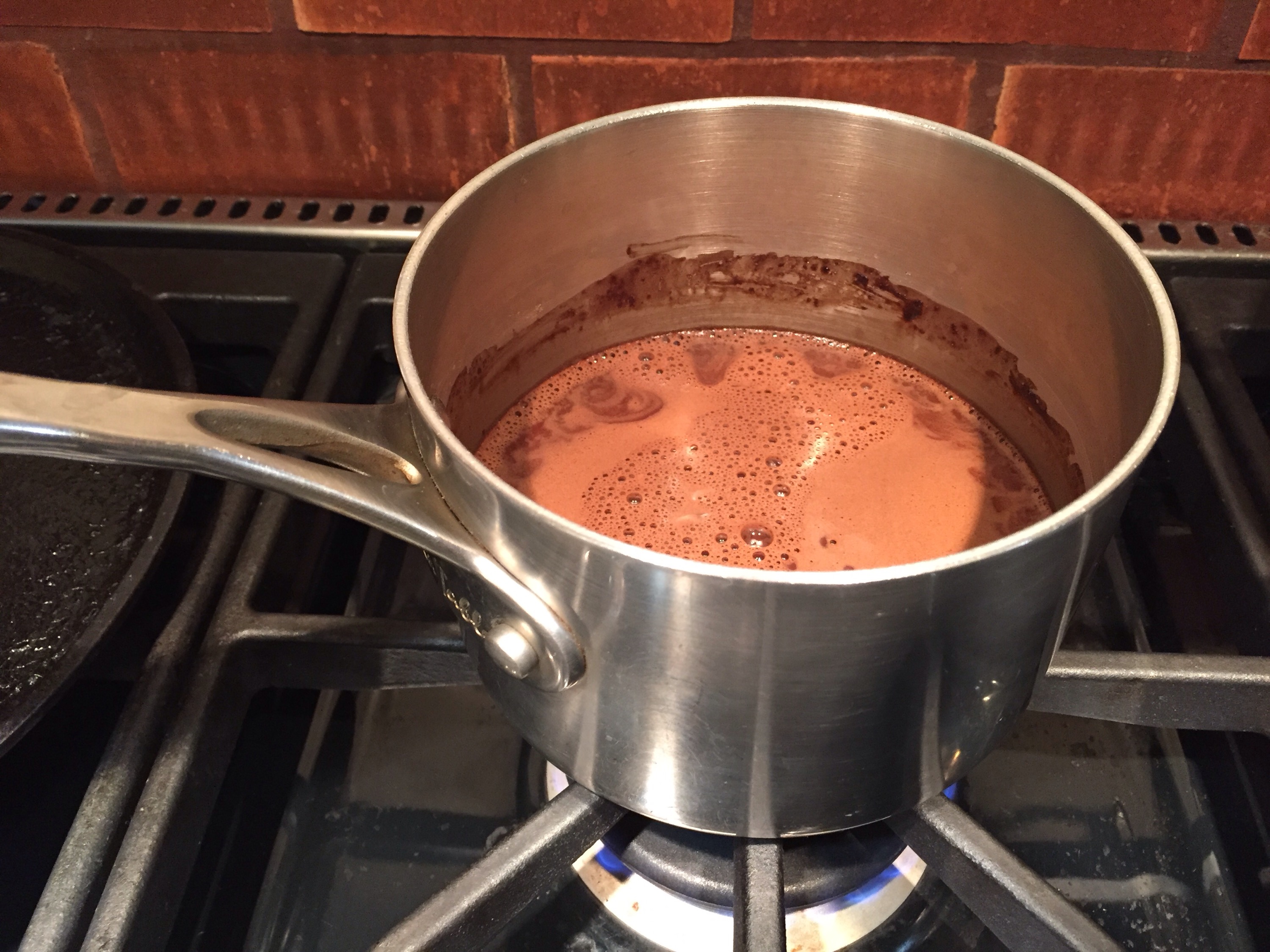 As soon as I saw the glass my eyes widened and I looked at it with glee. I stared into the glass and took a tiny sip. Hot. Just as I wanted it to be. I grabbed the handle and took another good sip to get the flavor in my mouth. The luscious flavor rushed into my brain. It was a double chocolate pow. Each part of my body had different reactions. My tongue said “Oh, drink this hot chocolate in less than 30 seconds.” My tummy sighed and said “No! Savor it! Take ten minutes and drink it slowly!” My tummy won! I decided to drink it slowly… 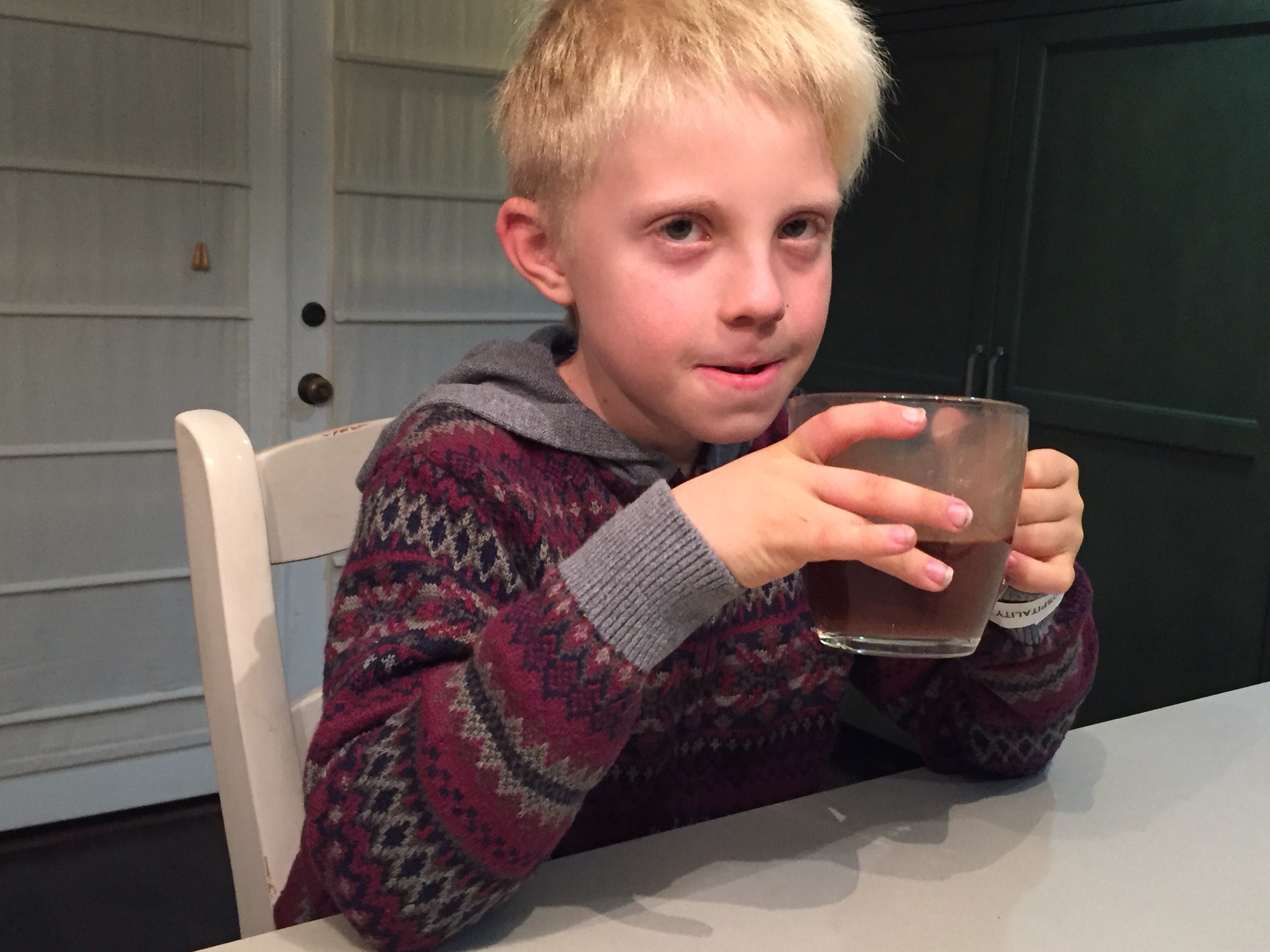 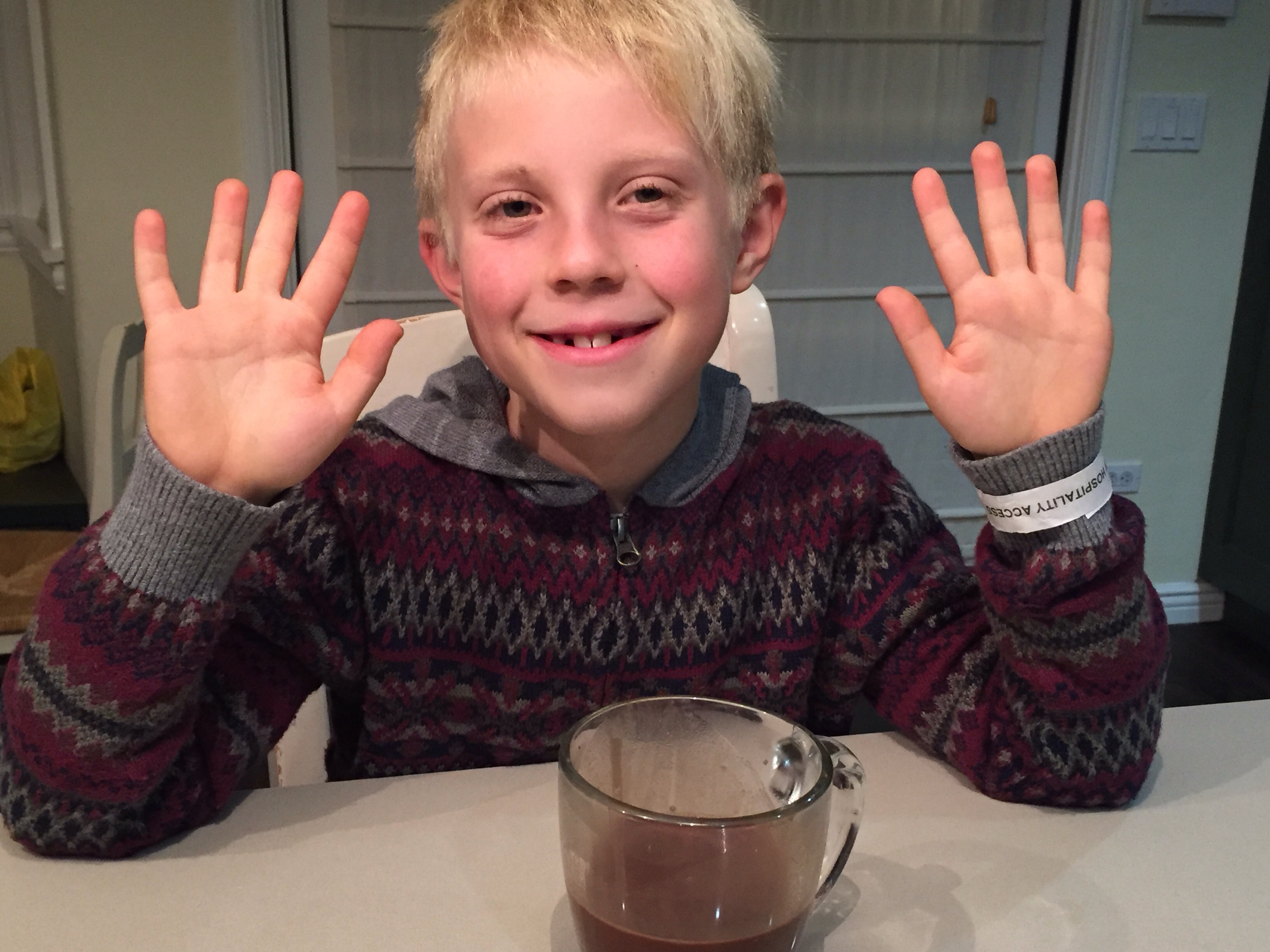