Locali: A feast I will not forget

First of all, I have never been to a restaurant with so many choices on the menu that I can eat. Tons of vegetarian, vegan and gluten free options. I wanted to eat 9 different things, including appetizers, entrées, and desserts. My mom also couldn’t believe how many things on the menu looked so good. We were hosted by Melissa and Greg who are the owners. Their service was great and so was the atmosphere. I enjoyed the designs on the wall, and I thought it made for a cozy little restaurant. They also sell all kinds of products including many of the brands we are familiar with. So you can come here for a sit down meal or grab something to go. 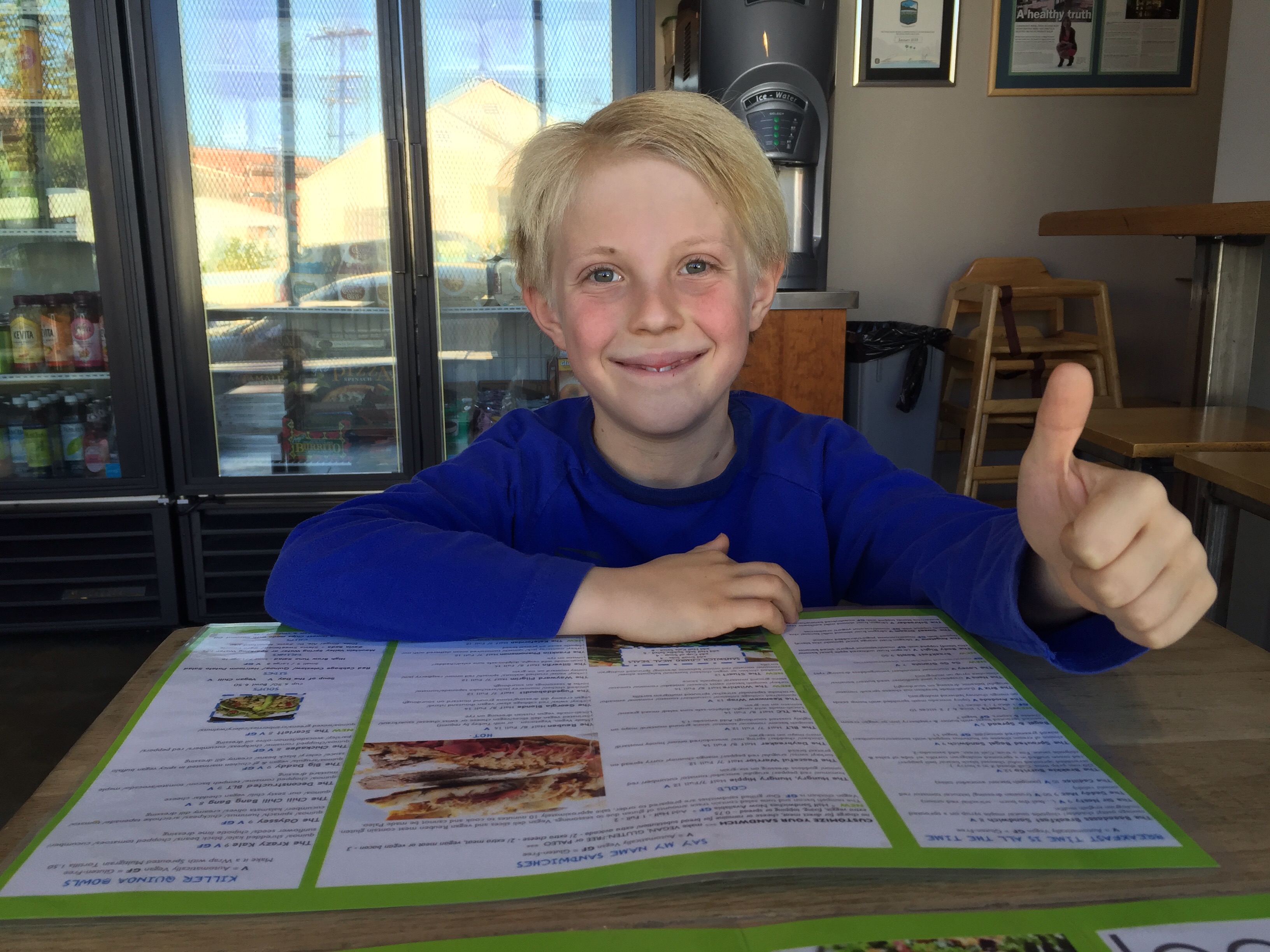 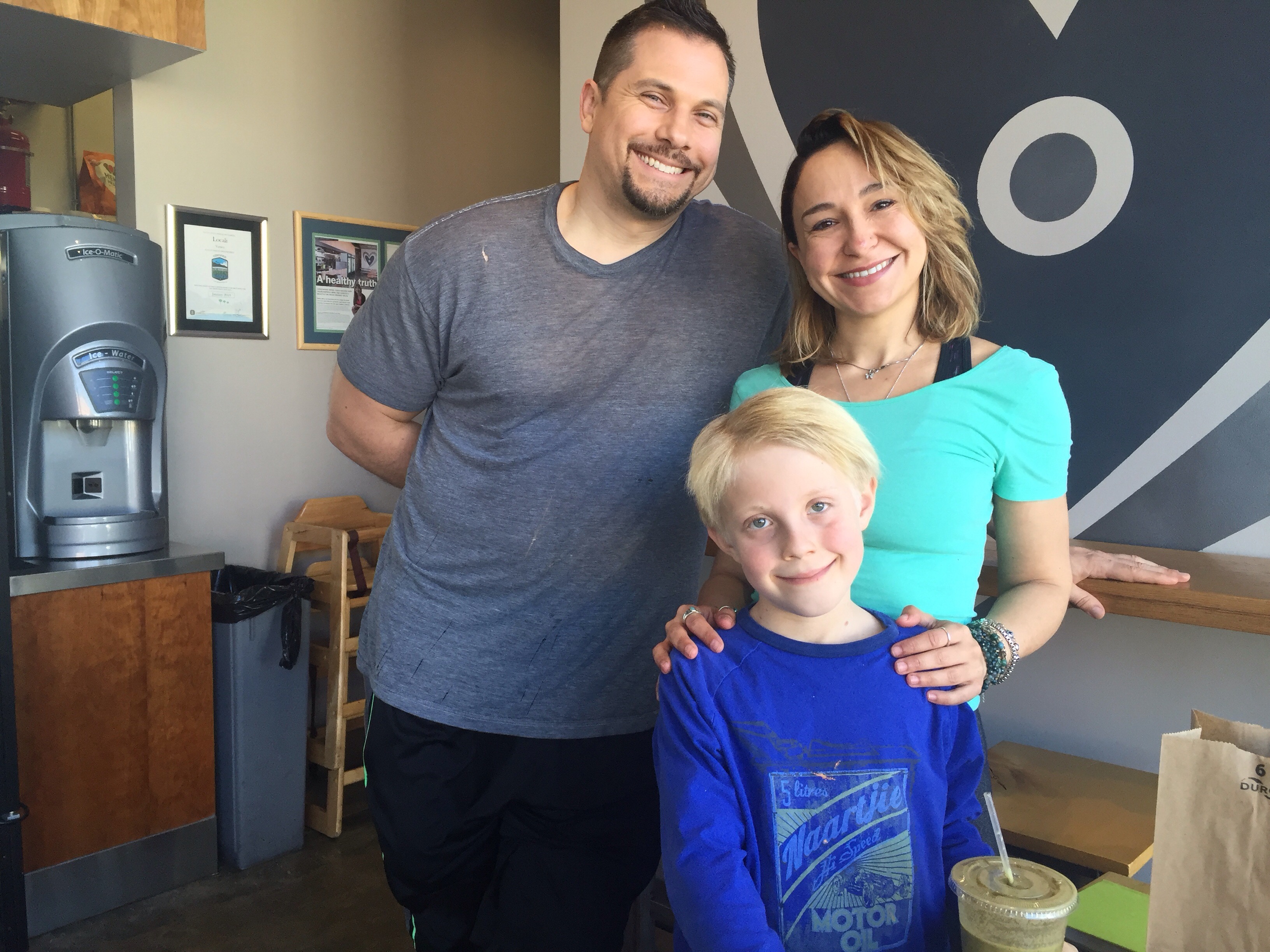 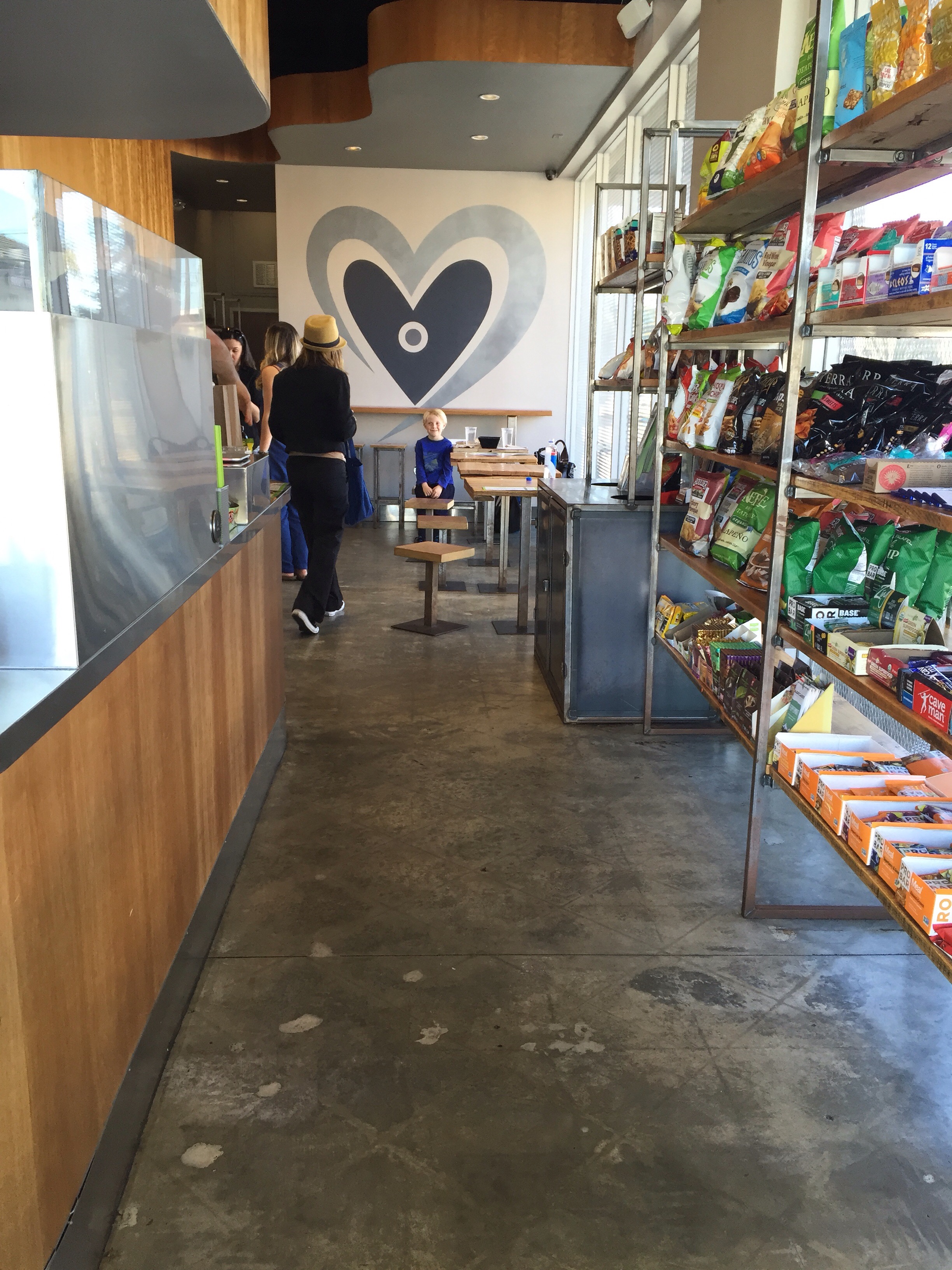 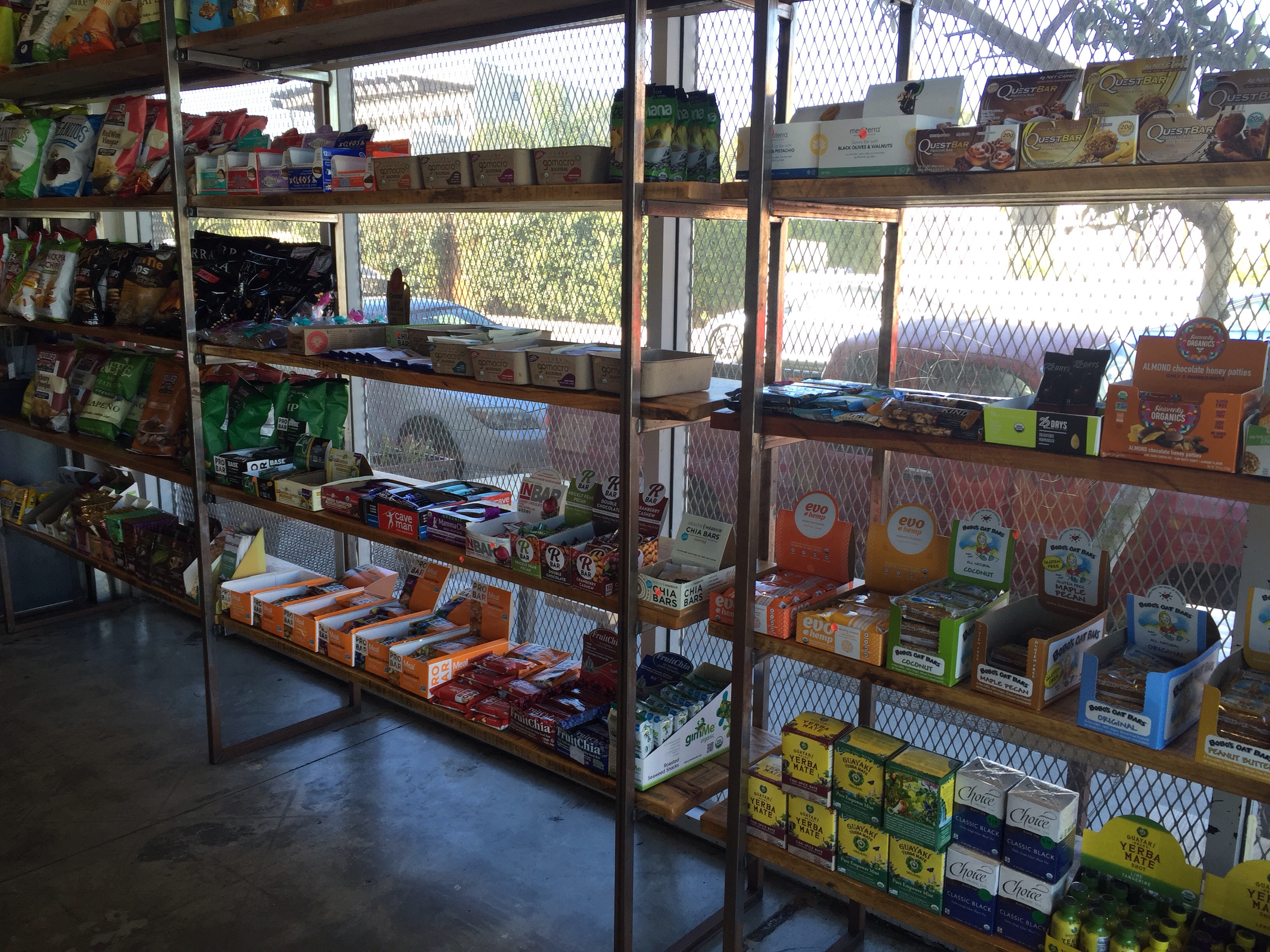 Be prepared. Because I couldn’t make up my mind I had quite a feast. I had a salad, smoothie, avocado toast, panini, a brekkie burrito in a bowl and a sundae. And believe it or not we also brought home some food for my brother who was home sick and for my dad.

I started with the pick your greens salad which was simple and a good start to the meal to come. You pick your kind of green and I chose romaine lettuce. Then you pick 4 toppings and I chose black beans, black olives, hummus and avocado. But there is a huge list of choices. The creamy dill dressing was creamy, of course, but the taste was beyond my expectations. I loved it so much I seriously took the extra dressing home! 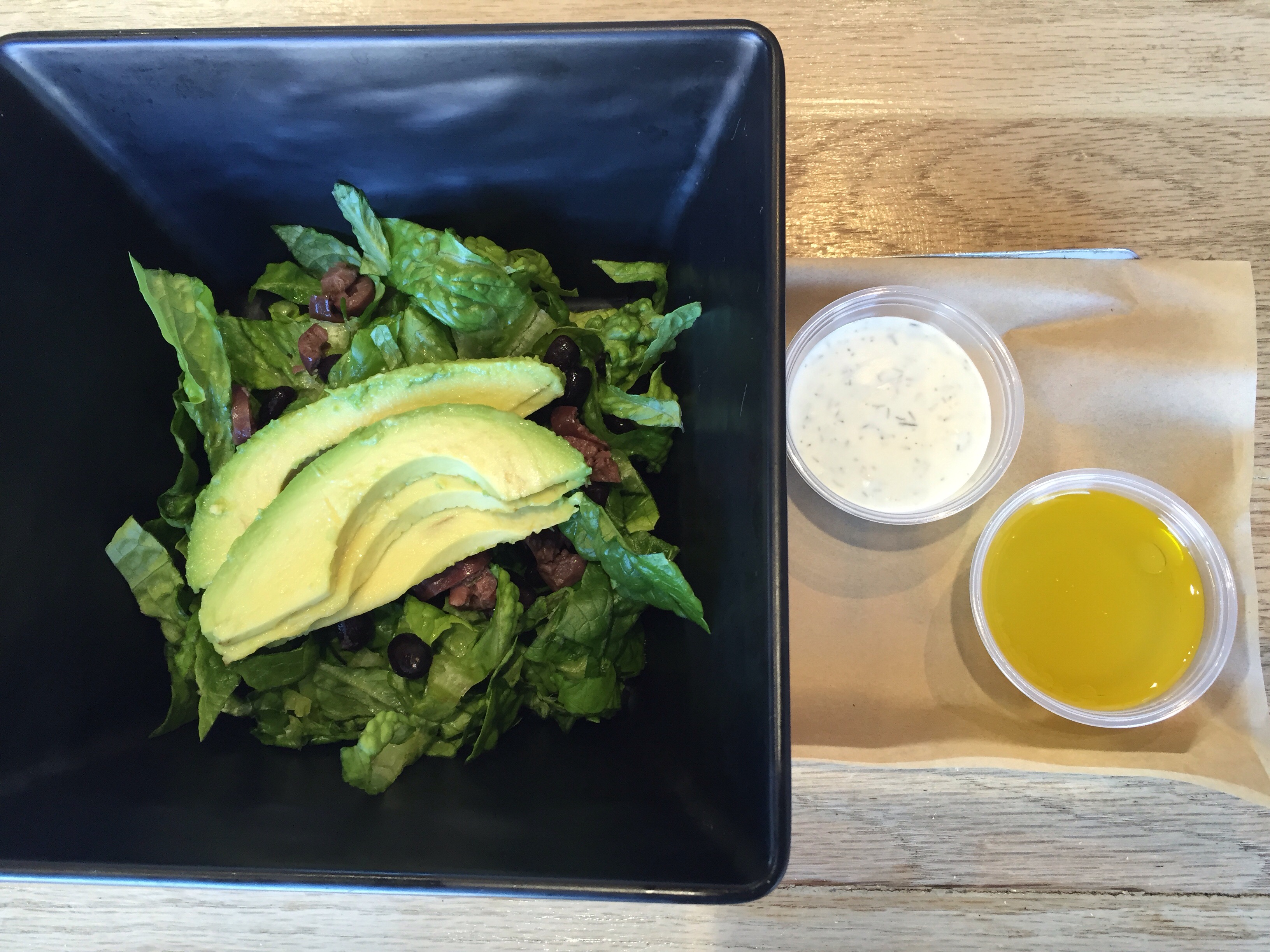 The smoothie I chose was The Elvis. Melissa asked me if I wanted kale mixed into mine and I said yes. We make smoothies all the time at home and put spinach in them, and you cannot even taste the spinach but you still get all the nutrients and vitamins. Same with kale. The smoothie was thick and refreshing and had a taste of sunflower butter that was delicious. 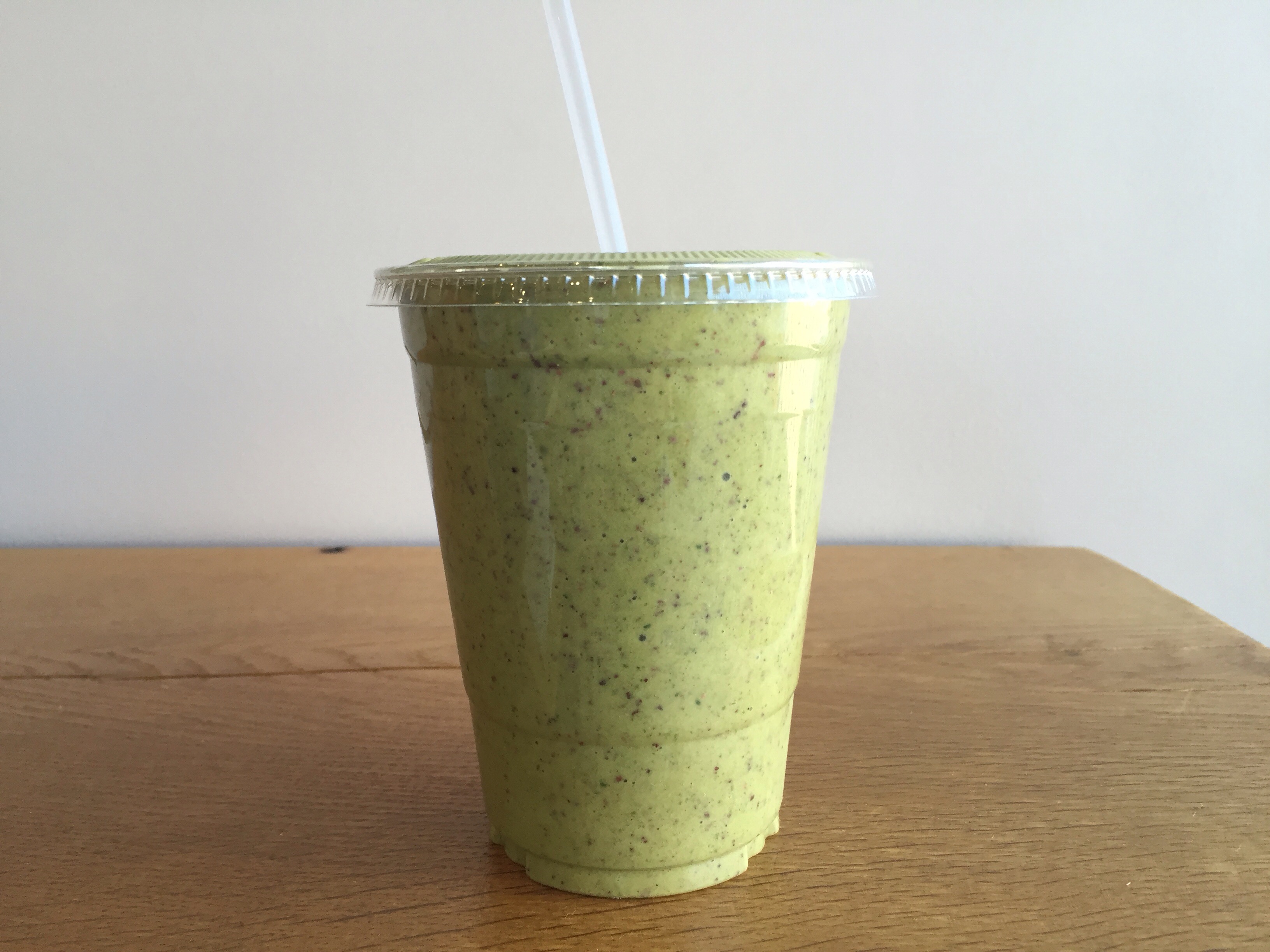 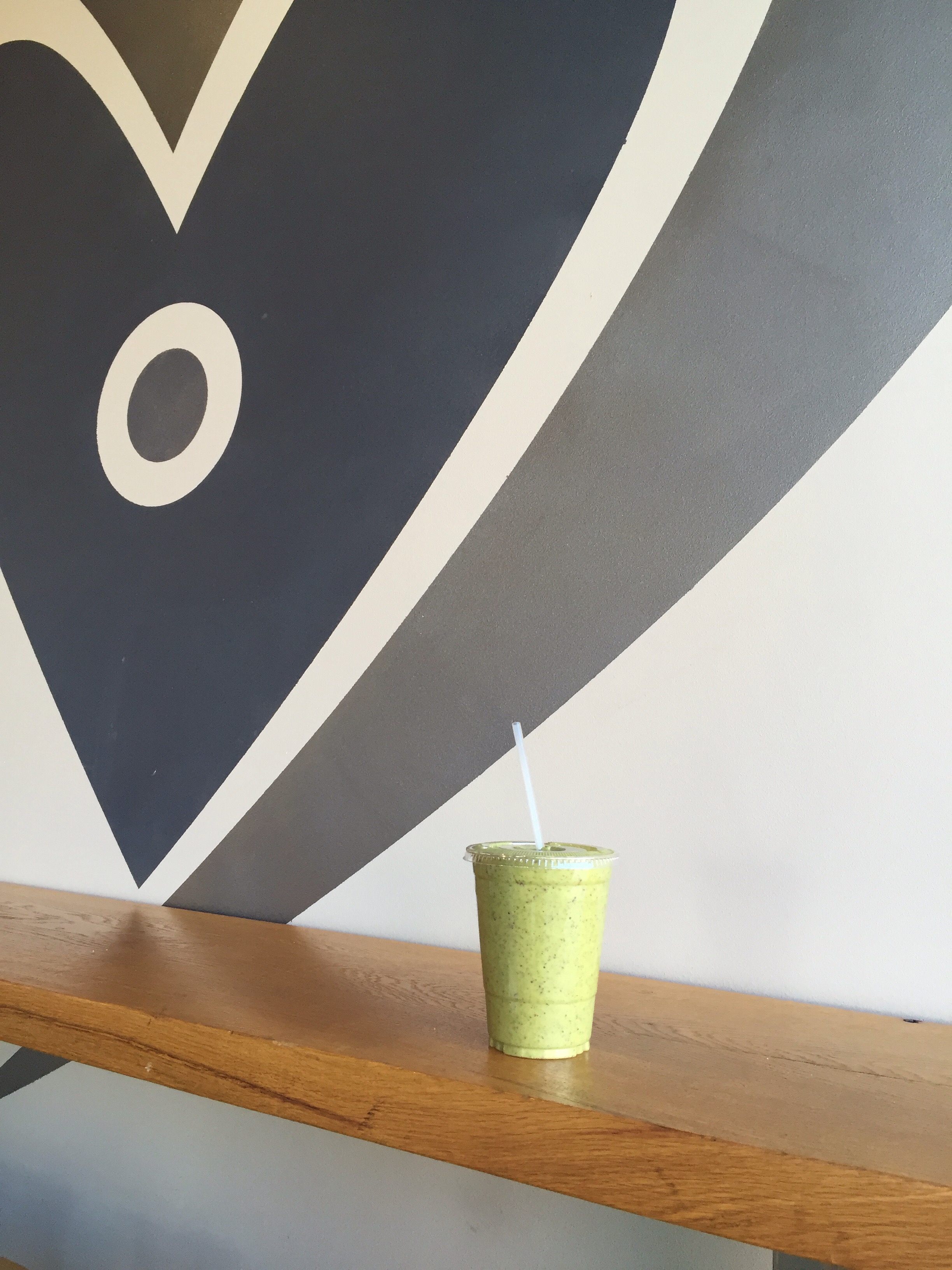 We also got something called “the avodada. ” It is a piece of toast with an avocado spread on top. It had a little kick to it which made this taste different than anything I have had before. They have a whole category on their menu called Toasts with lots of yummy choices and they all have great names, I really liked how they came up with fun names for all of their items. 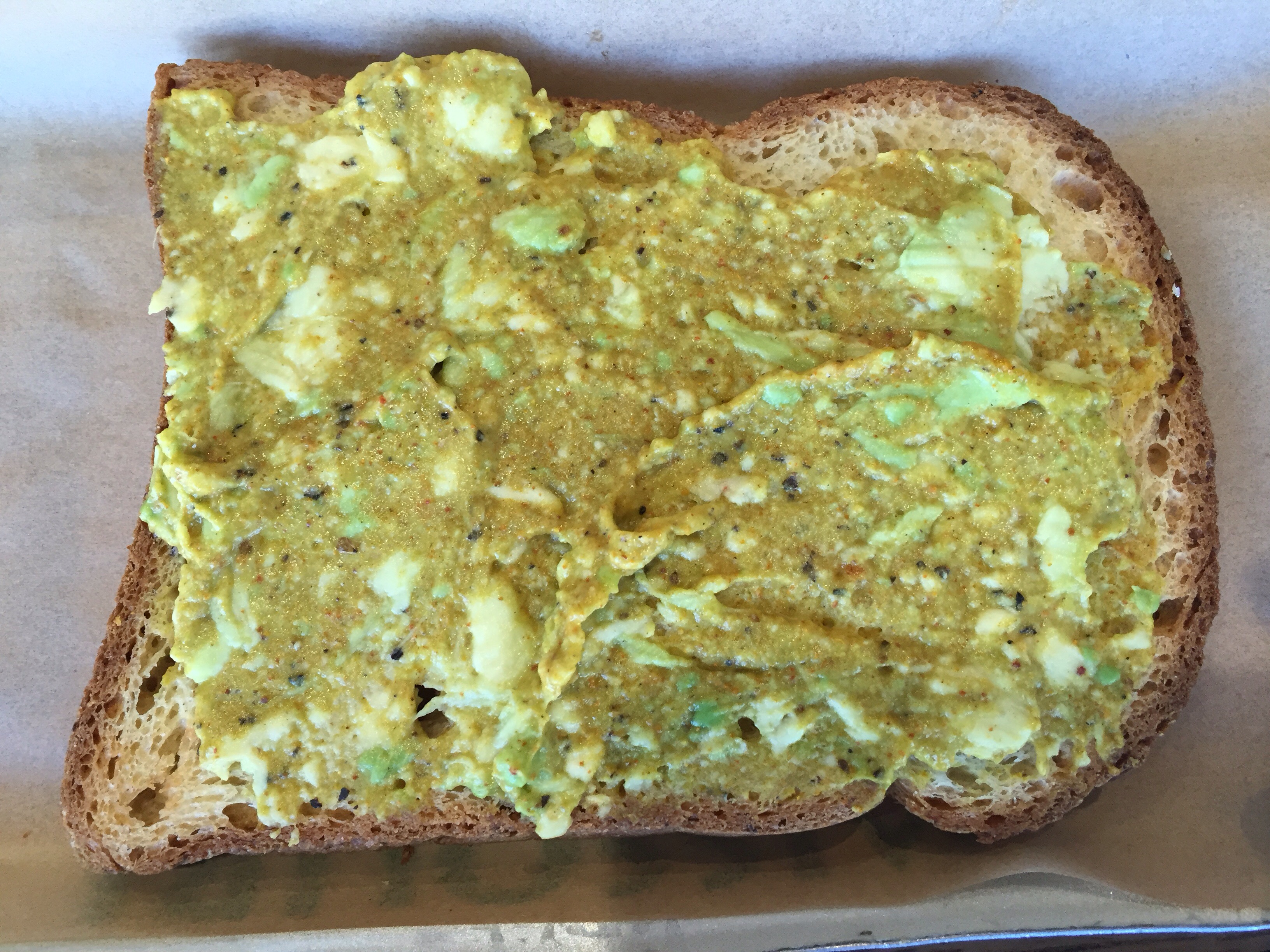 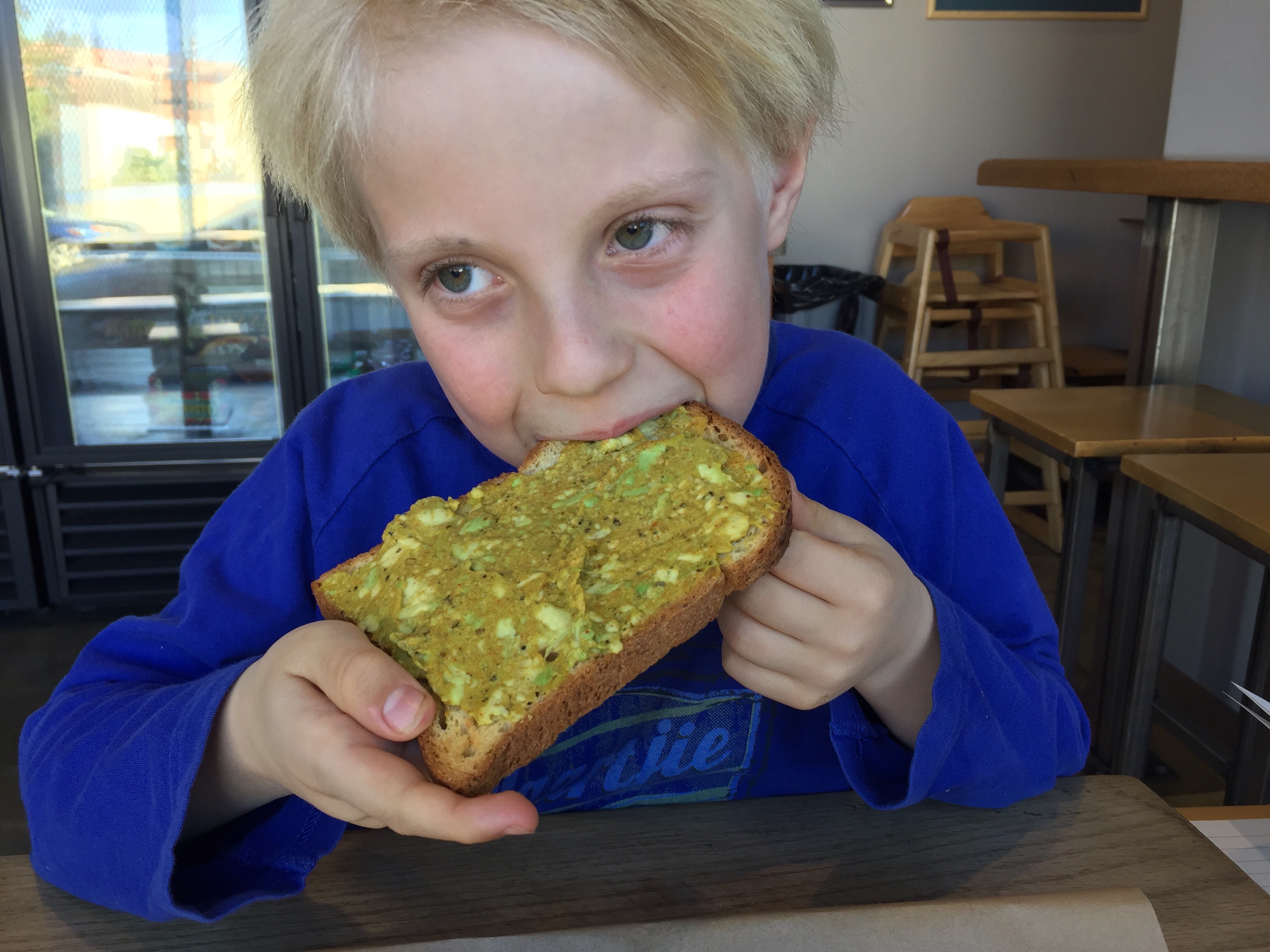 I was super excited about their panini section and I finally decided on the Vernon. This hot sandwich had vegan chicken and cheese with a seriously spicy cholula sauce. It was so very spicy, but you know I love spice. Me and my mom were splitting it up into two halves, but once I tried it I said this: “I am very sorry mom, but I cannot share with you.” So I snatched the other half from her. That is how good it was. And it was messy but lots of good things are messy. 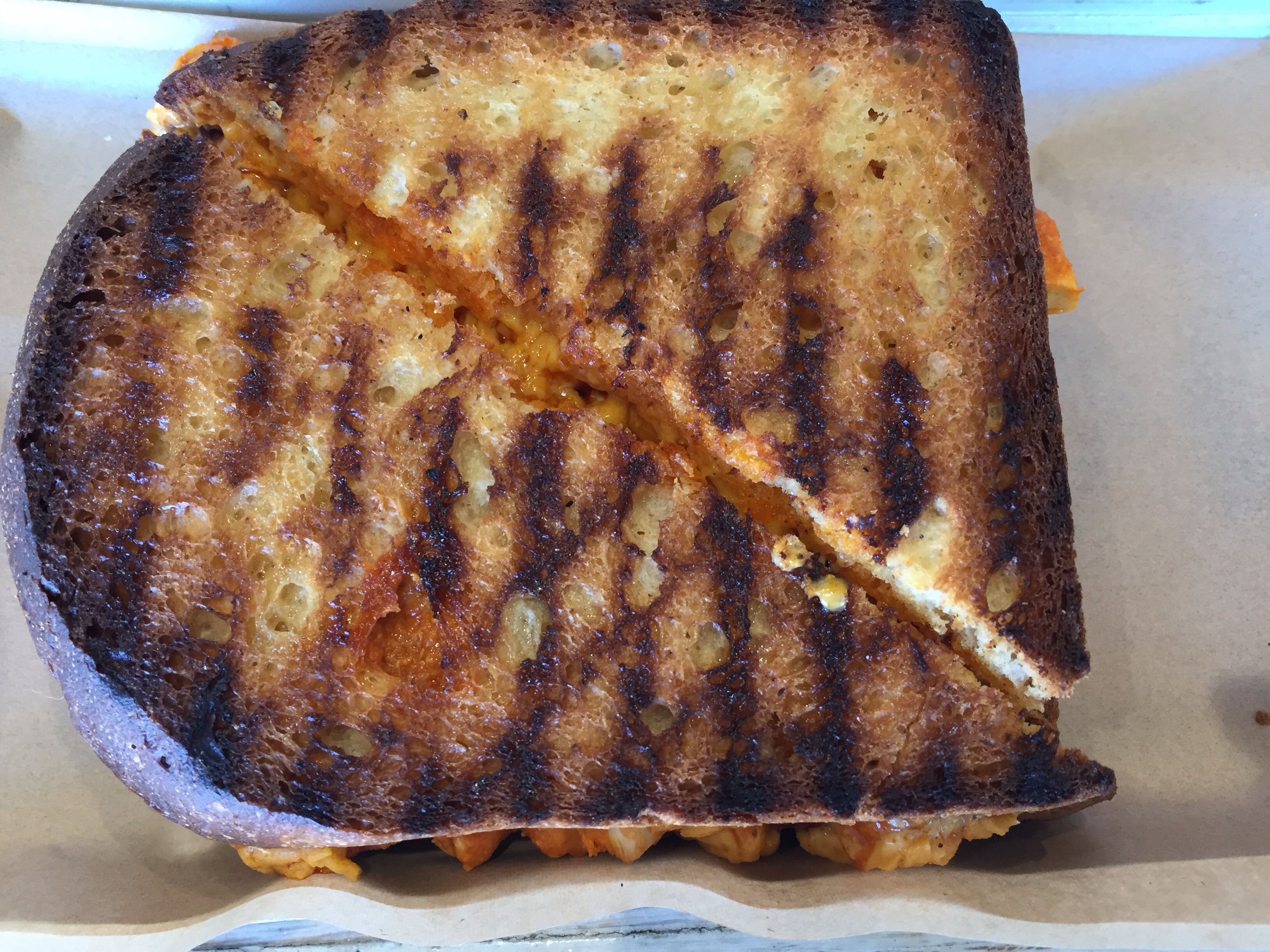 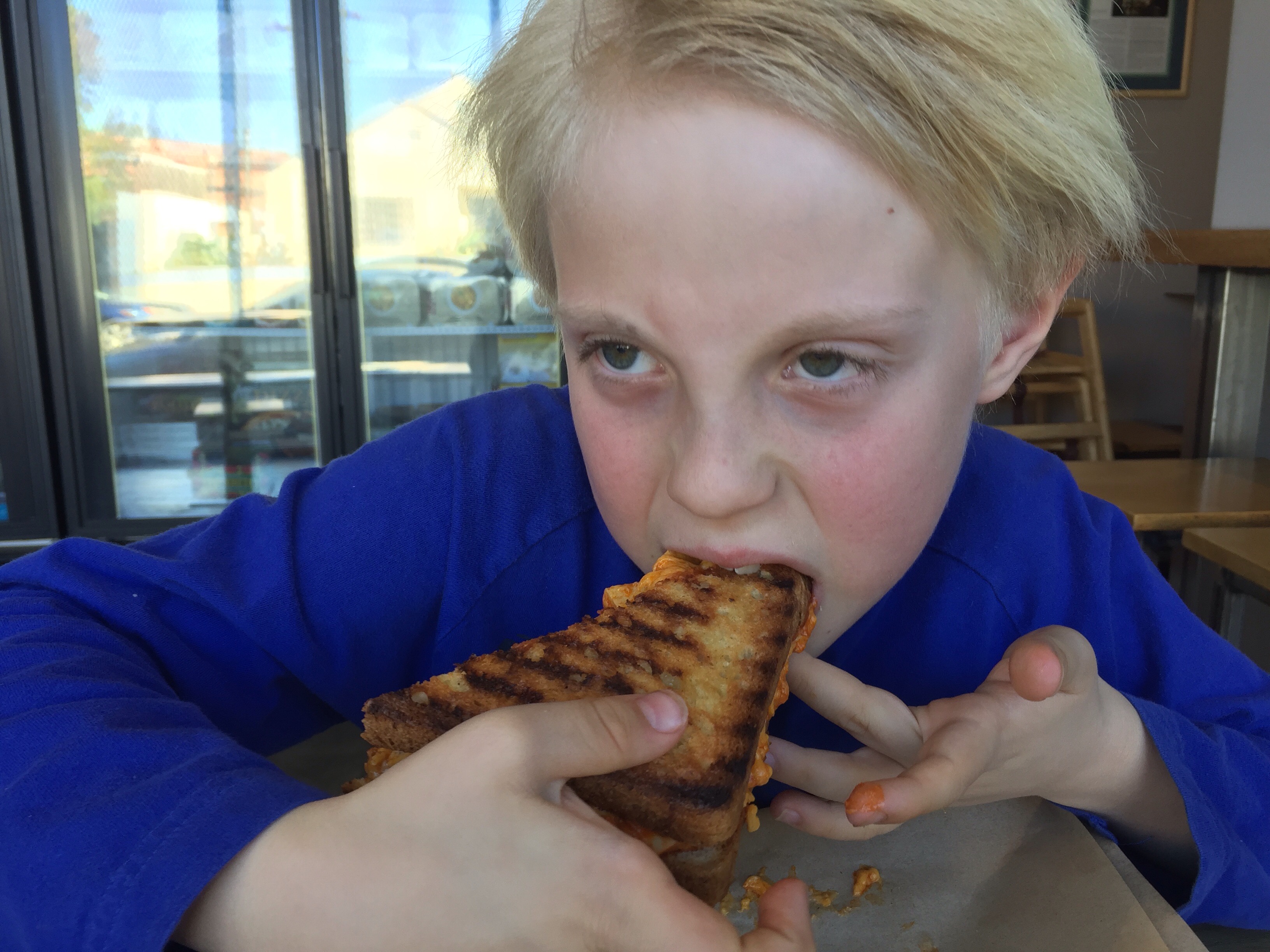 So after she lost out on the Vernon, my mom ordered another panini called the “fuggedaboudit.” I tried that one too and also liked it but was addicted to the Vernon. My mom was happy with her panini – crisp on the outside and melty goodness on the inside.

You would think I had already eaten too much food (I had!) but I also had a Brekkie Bowl. This item wasn’t really on the menu as is but was the Brekkie Burrito in a bowl instead of in a tortilla. The tortilla isn’t gluten free but it was good even without it. I could see coming back and ordering this again for a breakfast. 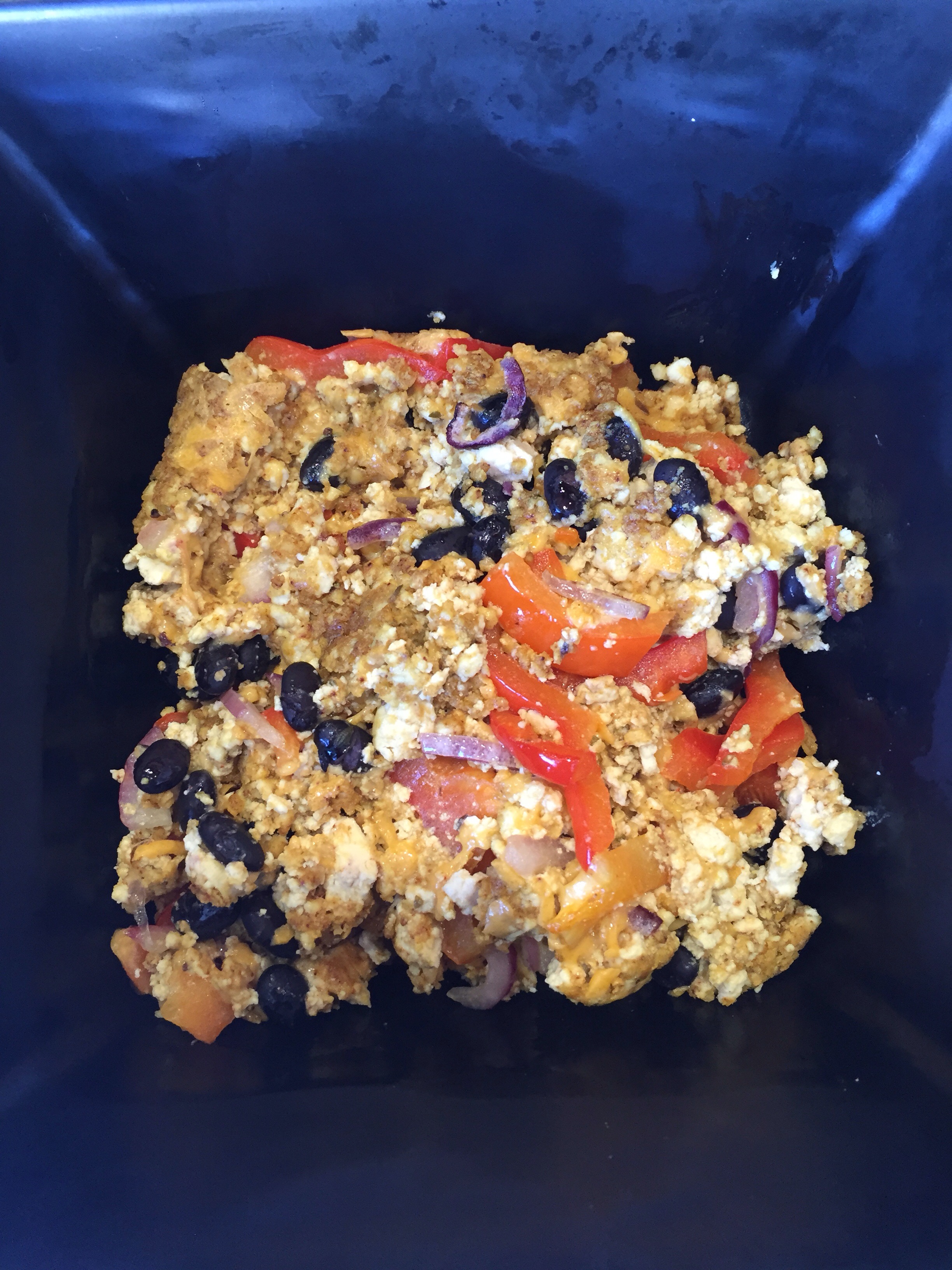 I don’t usually get to have dessert at a lot of restaurants because they usually aren’t gluten free or they have dairy in them. But here, at Locali, I was in luck. They have a gluten free and dairy free sundae. Even though my tummy was exploding I still found room for this treat. The Fundae Sundae was a vegan frozen yogurt with bananas and a cherry on top plus chocolate syrup dripping down the side. 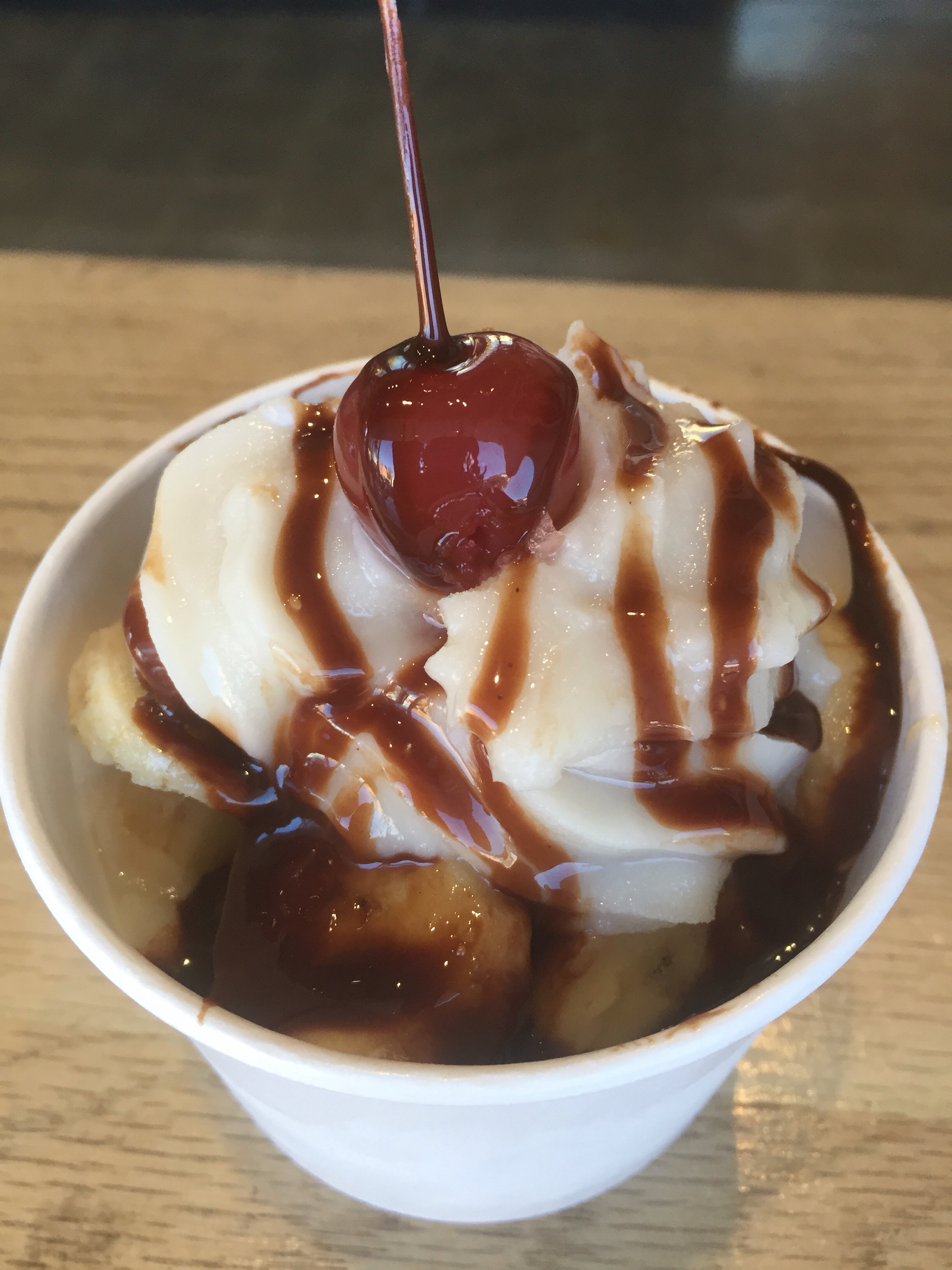 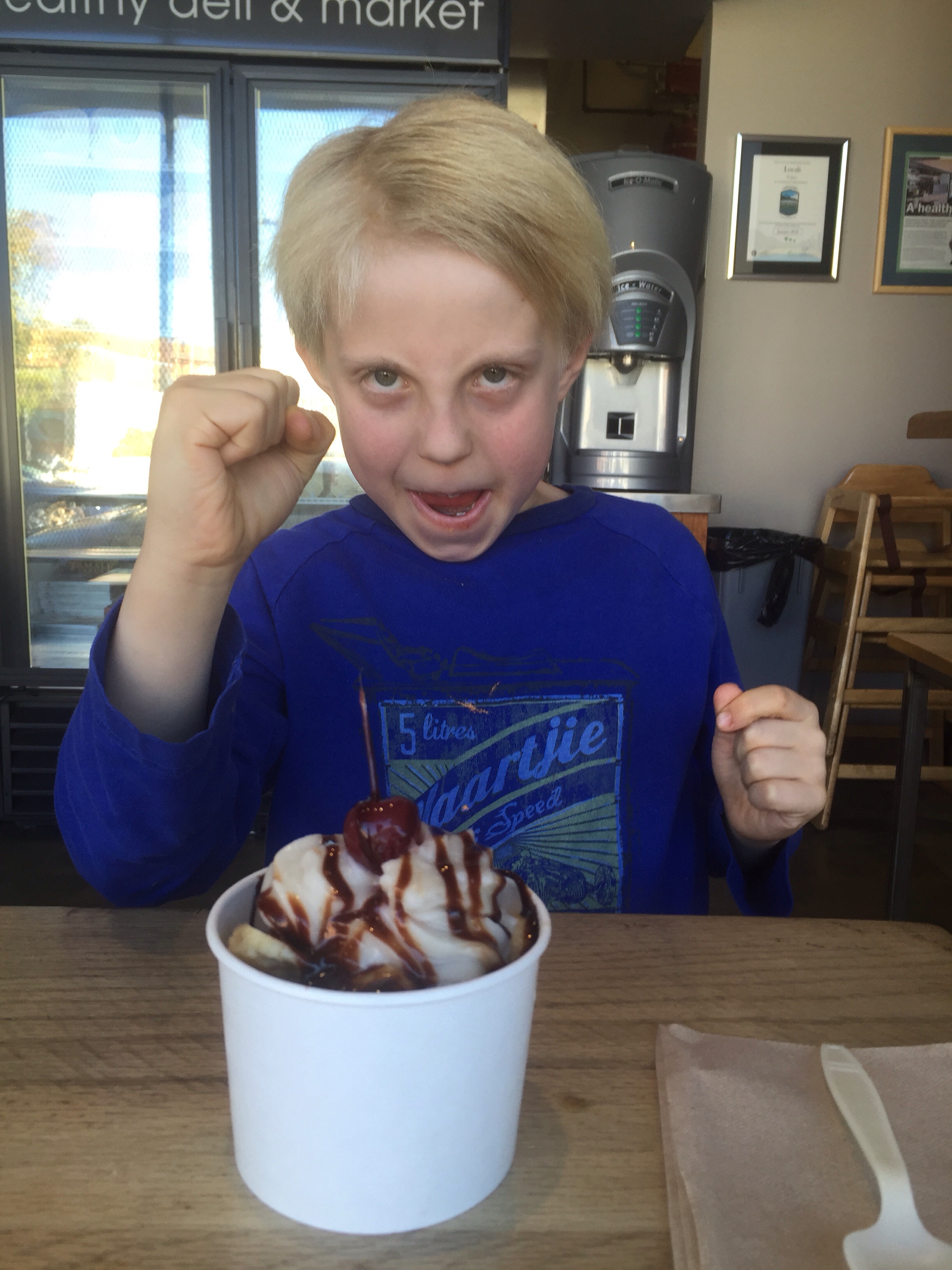 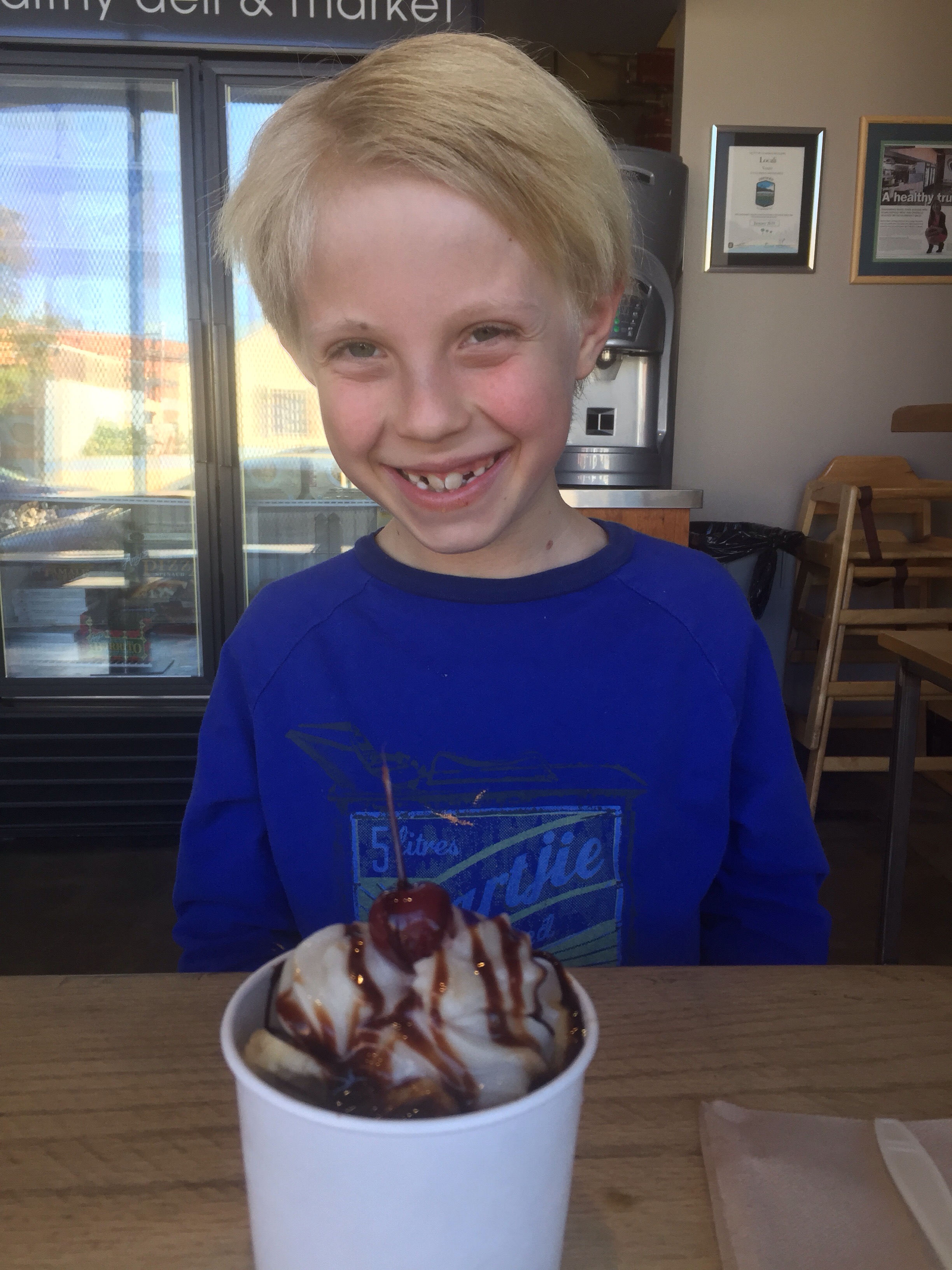 Here I am afterwards. 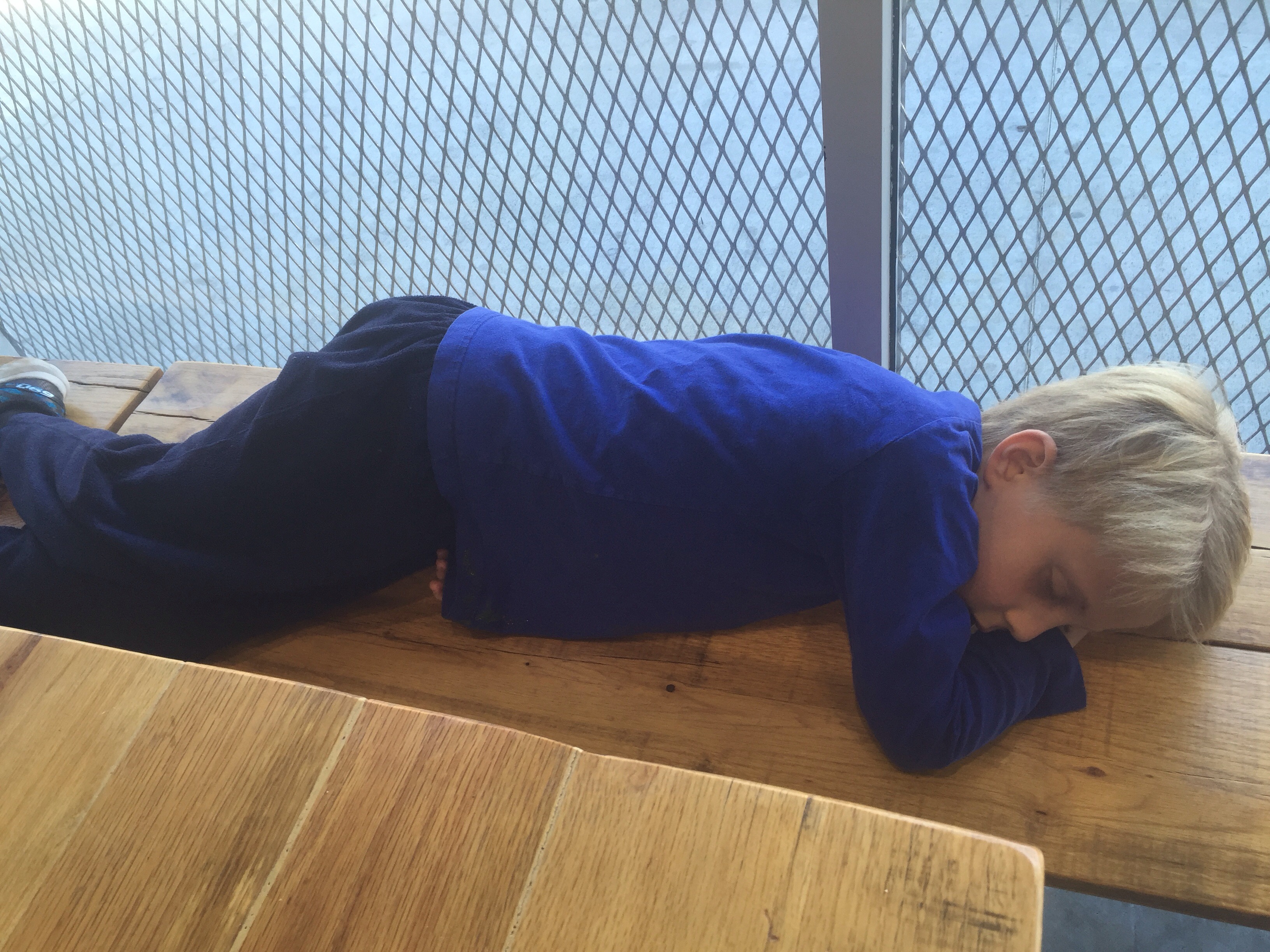 There are three locations where you can eat their awesome food: Hollywood, Downtown and this one, in Venice.  Also, Locali is going to start putting vending machines with healthy food around town.  They want to see these on campuses, in hospitals and other places.  This would be great for people with allergies or who don’t want to eat the junk food you usually see in vending machines.  We were really excited to hear about this.

If you are reading this Locali, keep doing what you are doing. You Rock!!!