Carmel by the Sea. Vacation dining at Valley Kitchen.

I kicked off summer vacation by going to my cousin’s house. I enjoy going there because they have a game table with 10,000 games and an air hockey table and of course I also get to spend time with family. We were going to my cousin Raeya’s birthday party. She likes Harry Potter, Pokemon cards, and LEGOS. All stuff me and my brother like too.
After the birthday party we had a vacation scheduled in Carmel, CA which is about an hour and a half or two South of Palo Alto. We couldn’t check in to the hotel until 4:00pm so we decided to go to the Monterey Bay Aquarium first.  It was fun, and my mom met her friend Tierney there who is a marine biologist and is the world’s leading expert on the Mola fish which is a giant sunfish. This is Tierney and the Mola fish.  How cool is that? 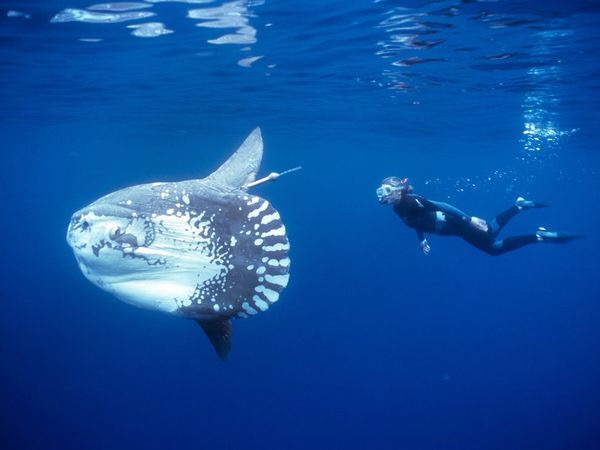 We also watched a video about a baby sea otter who got rescued by the Aquarium when her mother was blown away from her in a big storm. Her name was Luna. It made me feel happy that this animal was rescued. After this we went and checked in to our hotel.

Dinner was at a place called the Valley Kitchen which is at a ranch called the Carmel Valley Ranch. They made us our own personalized menus, which I thought was really cool and nice. I have never had that before!  They also have a TV, which was showing Cavaliers-Warriors Game 5, which I was dying to check every second.

More on the personal menu front. They did this because we called the week before and told them we had special dietary needs and food allergies. They really made a lot of effort. Our menu had choices for starters, appetizers, entrees, and desserts. Because they made such an effort we decided to eat dinner there most nights. 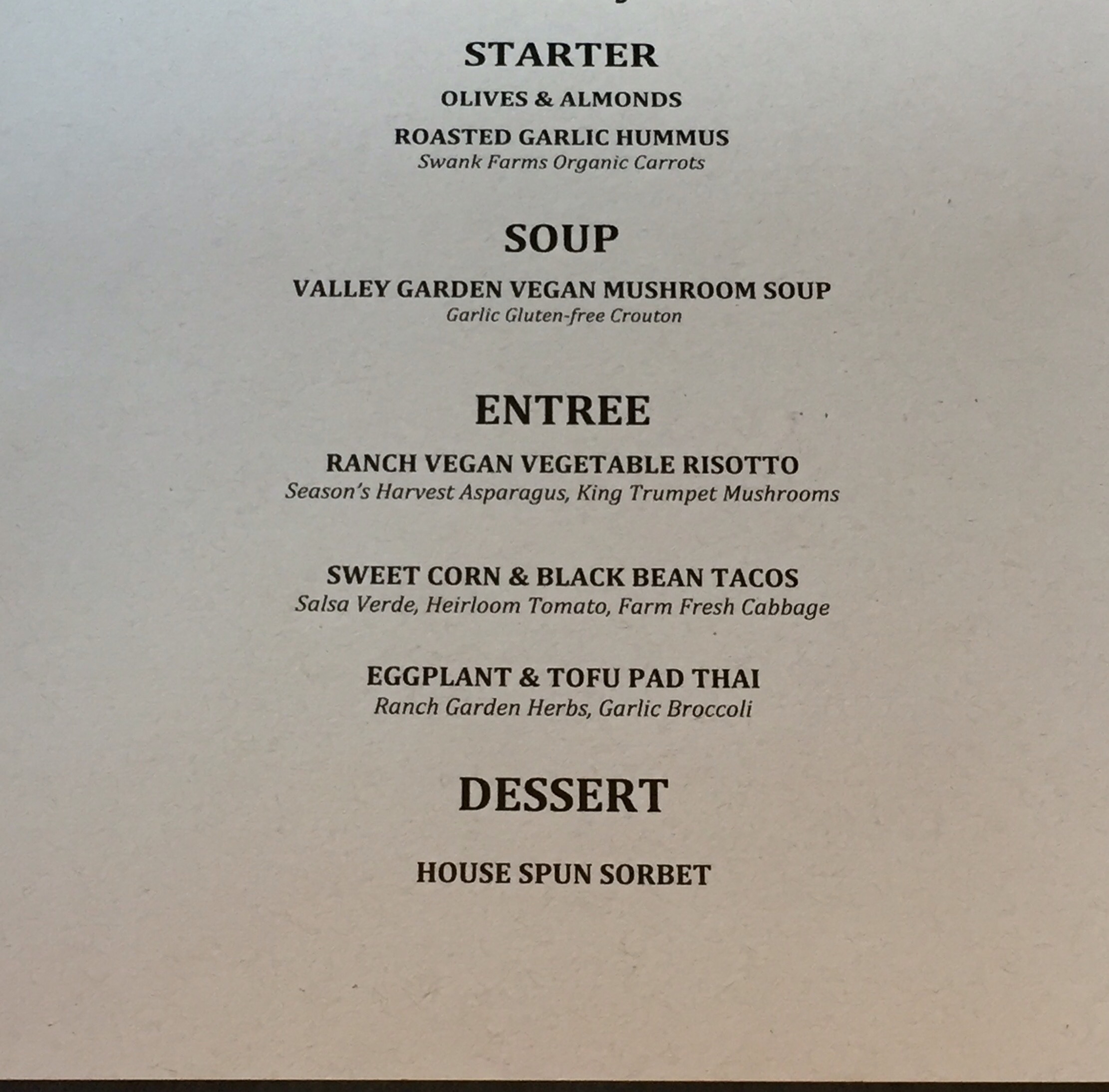 The first night I started out with all the starters! Olives, almonds and hummus.  Everything was really tasty!  Then I got the Pad Thai dish but I traded with my dad because it wasn’t the type of eggplant I like. I like Japanese eggplant and not the large Italian kind of eggplant. The Pad Thai had noodles and tofu with a very spicy sauce. My dad had ordered the Sweet Corn and Black Bean Tacos. They came with a side of guacamole and salsa. We liked our decision. The food looked really good on the plate, and all the different colors made it look delicious. I liked the taste because of combination of the lettuce and the beans. The bean and corn mix had it’s sweet flavor and the lettuce was very crunchy. Yum. 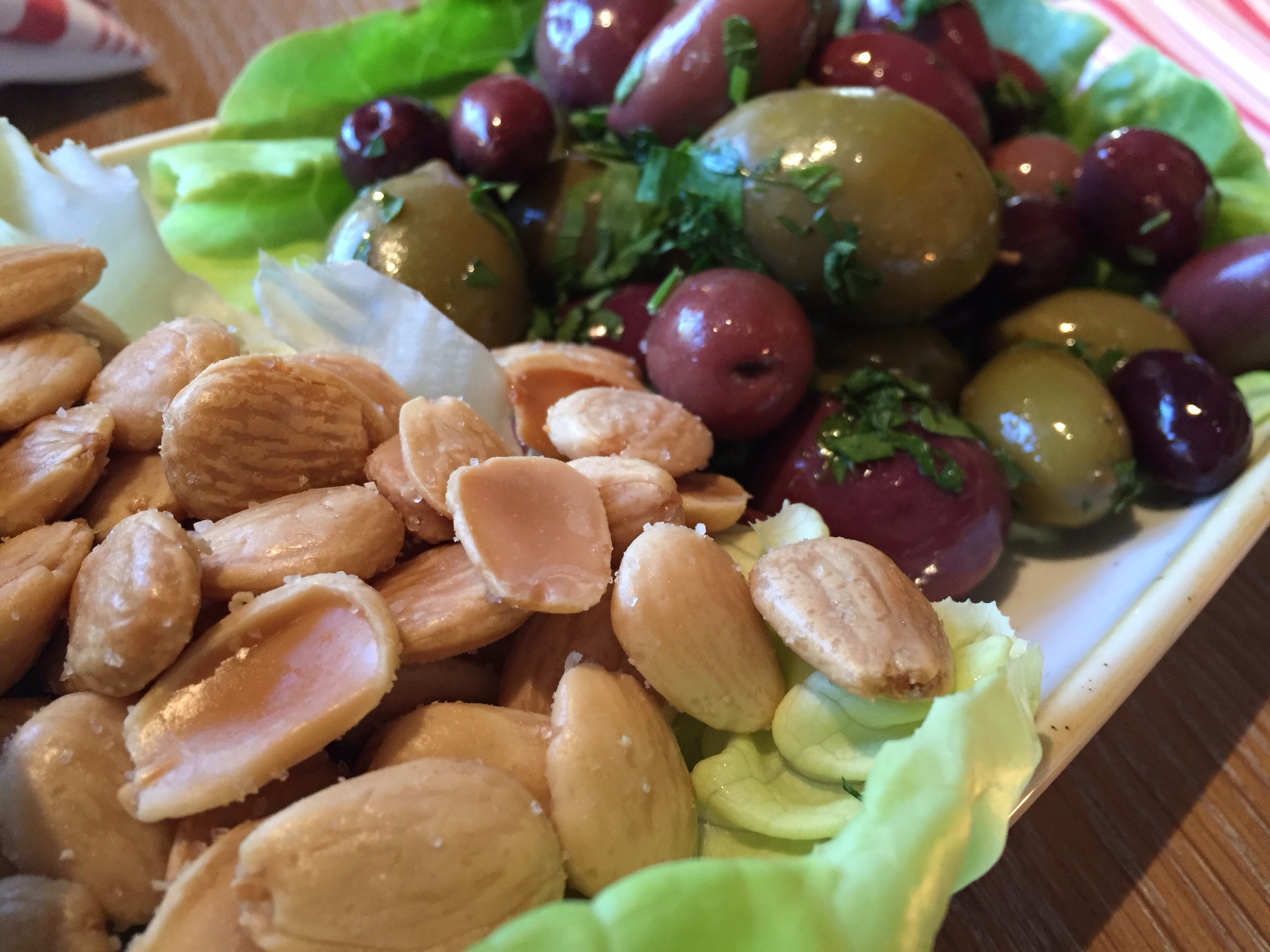 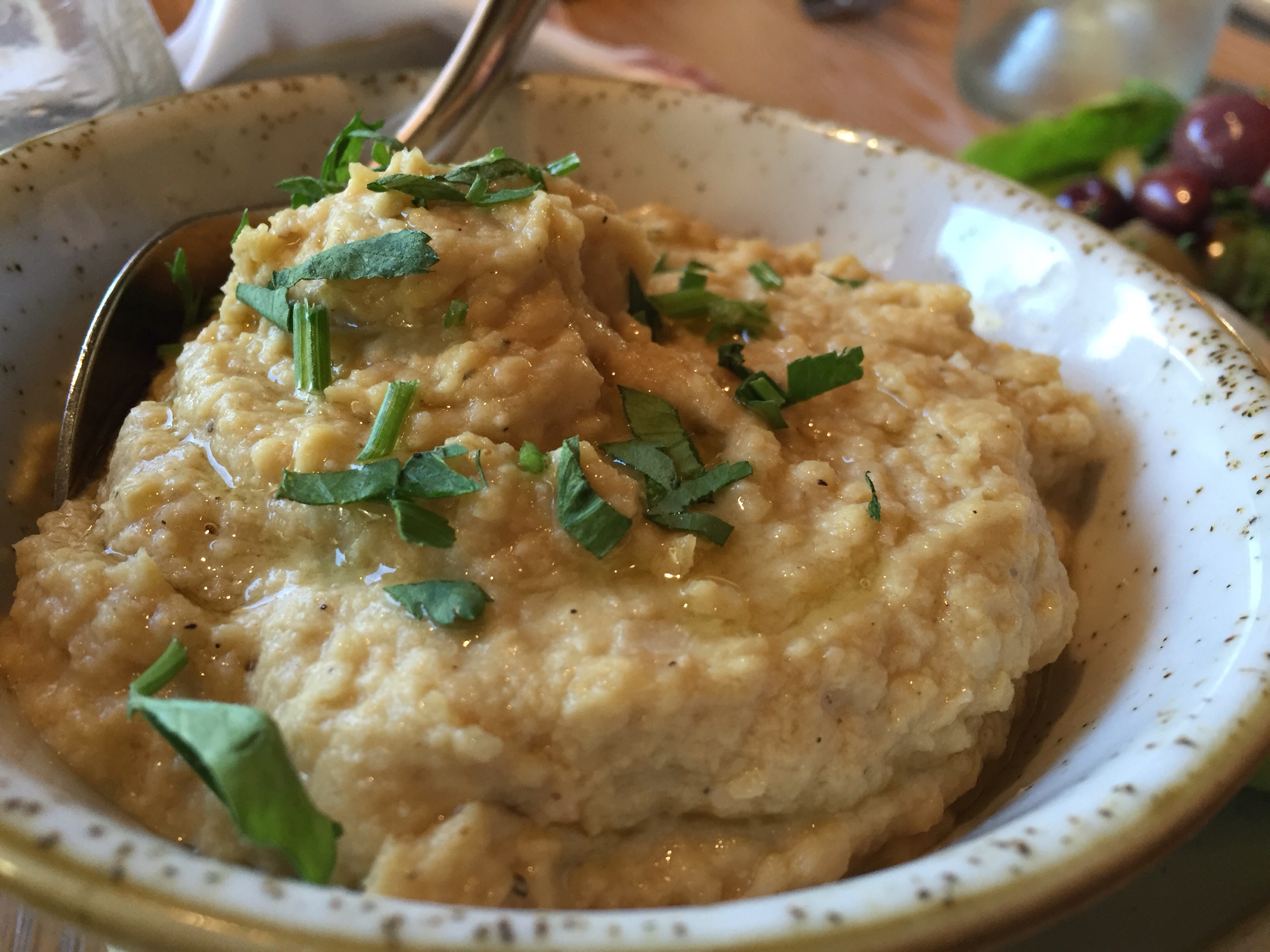 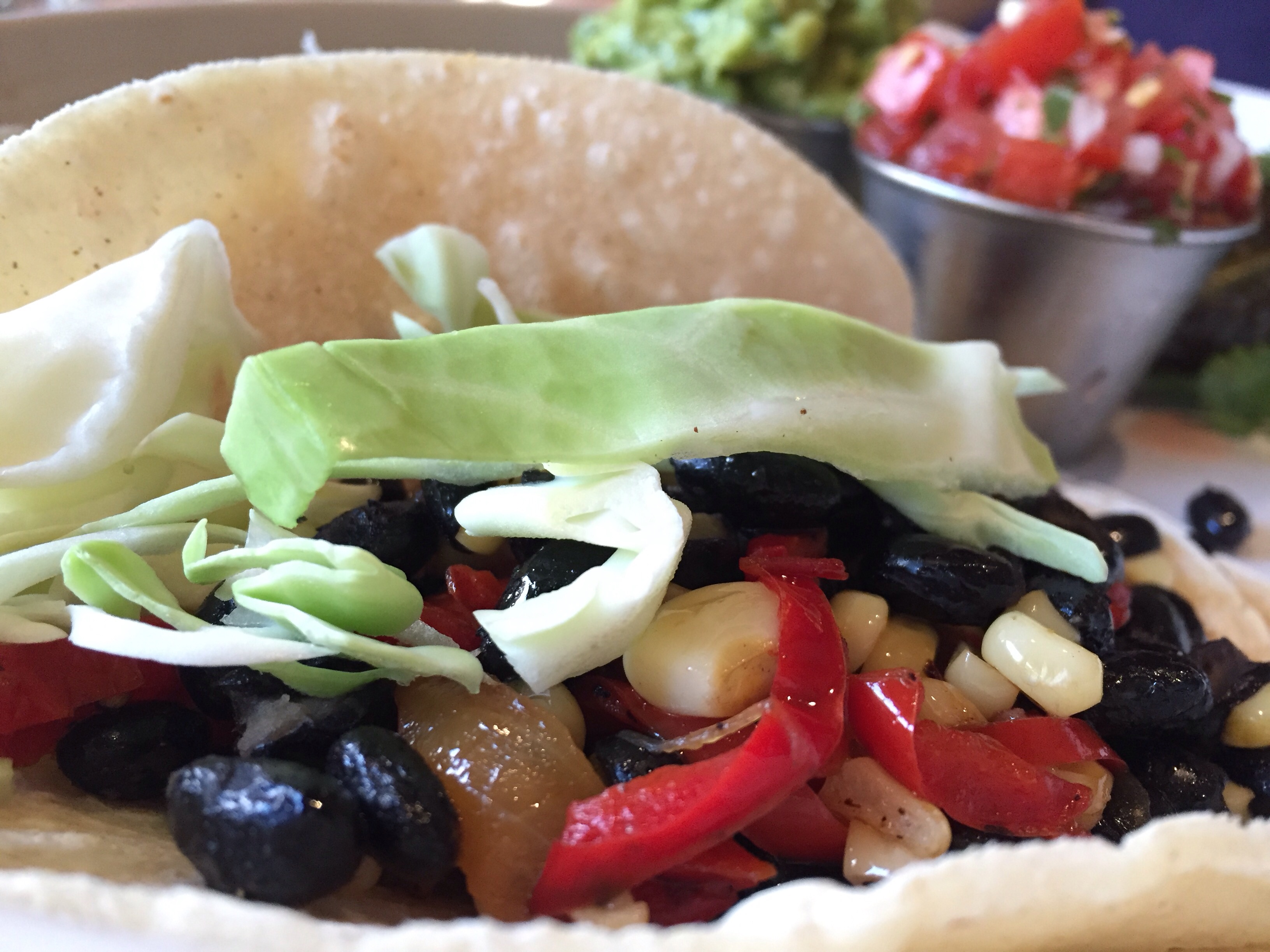 The second night I got mac n’ cheese. The sauce was really creamy and thick, while the noodles were firm they were also perfectly tender if you can believe this. You don’t often have firm and tender at the same time. Those words are almost opposites but this is honestly true in this case. I thought it was amazing and even asked for the recipe. 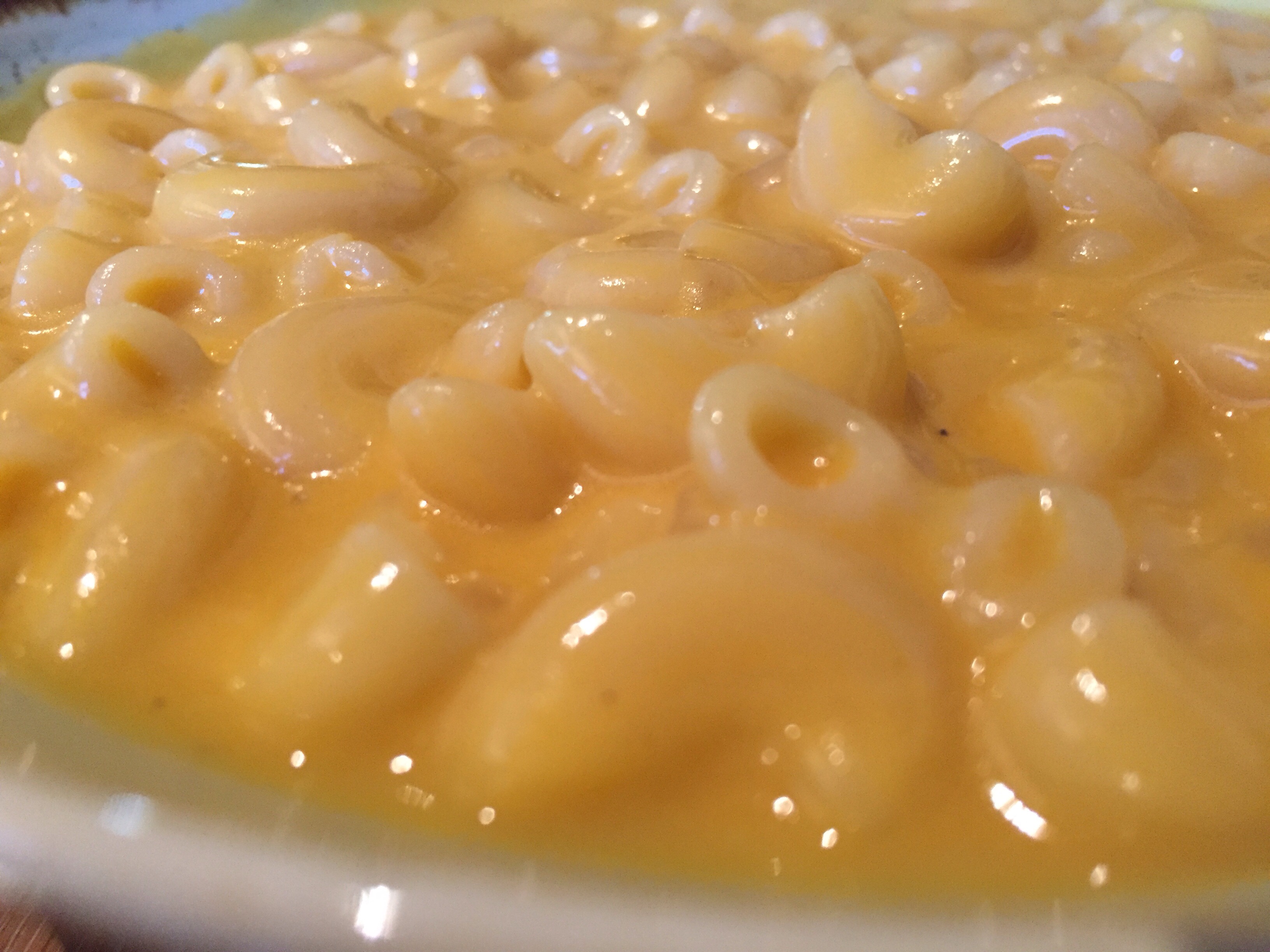 The third night I got the Black Bean Tacos again. And the last night I got the Pad Thai with the eggplant because this time they actually ordered a Chinese eggplant which they told me tasted very similar to Japanese eggplant. It did. I enjoyed the crunchy purple part on the outside and the soft part on the inside. The flavors of this dish went really well together. 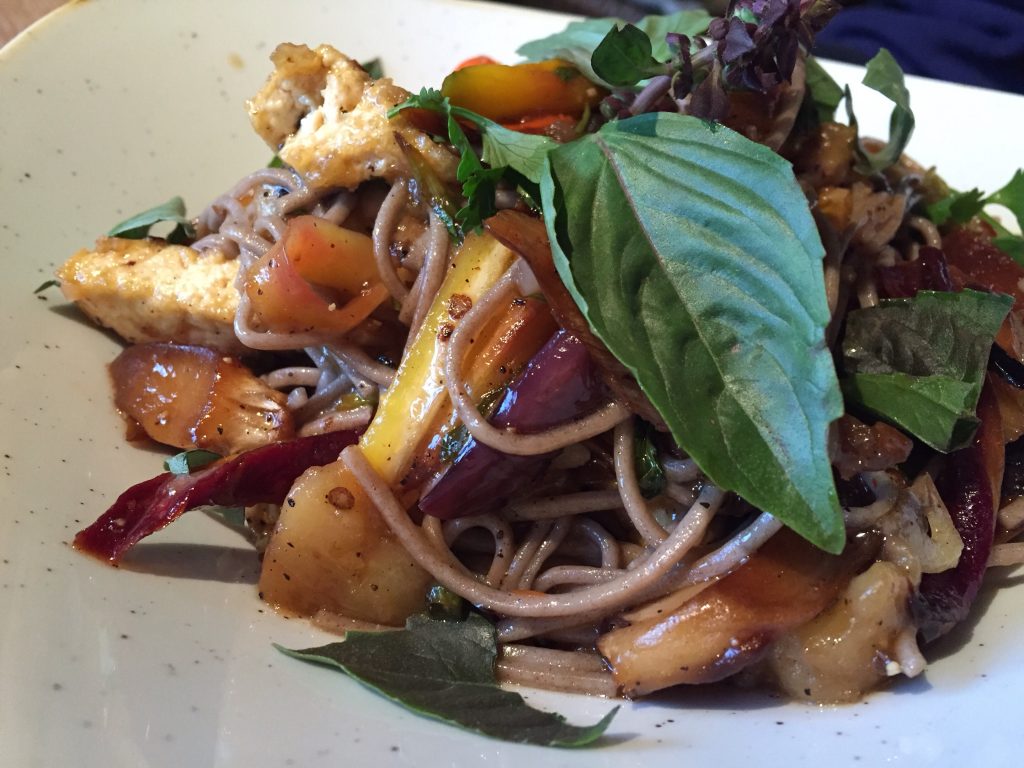 This place is also open to the public, not just people at the hotel. I recommend if you are in Monterey County, try this place out. Just remember if you have allergies, sensitivities or special requirements that you should call ahead.