Too many Rickaroons? No way!

If you follow me on social media, you may remember about a month ago I mentioned The Green Festival.  I had read about this two day conference and I was really excited to go.   But there was just one problem.  If you recall, last year I went to a blogger conference called ShiftCon.  It was super fun, and I brought home tons of food and enough vitamins to last a year.  But because that was such a good experience, I thought that if I went here I would be disappointed because ShiftCon was so amazing.  But then Mom told me that ShiftCon was a special occasion and that most conferences were going to be like this, so I decided to try it.

The conference was held at the Los Angeles Convention Center, which I had never been to before.   I’m not one of those people who walk around saying OMG, but O…..M…..G!  It was huge.  More like ginormous.  So many tables and stations, I couldn’t believe what they had.  The first station we went to was for Rickaroons a snack item kind of like macaroons but different.  I met Grant, the owner, who told us that his father had invented the recipe for these healthy but delicious treats.  On the box it tells the story of how his dad made these for his girlfriend when she was fighting multiple sclerosis, a disease that can cause things like difficulty keeping your coordination and pain and vision loss. I bet it must be hard to have this disease but she must have felt cared for when her husband made her these special treats. 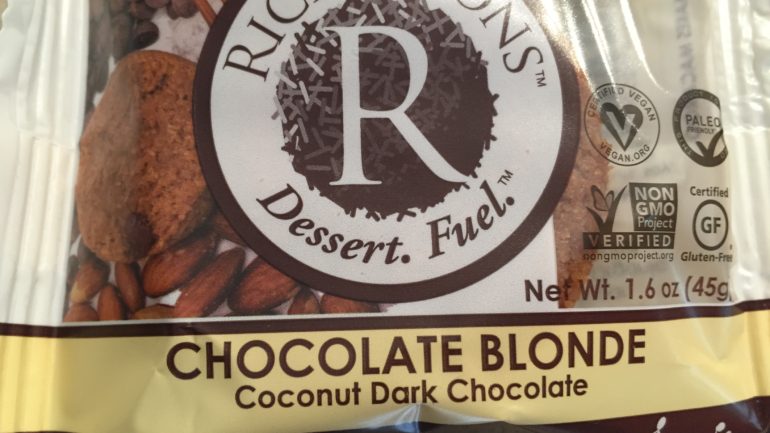 Grant loved these Rickaroons so much he and his dad started selling these to the public and then opened up a whole business.  I enjoyed speaking to Grant about these gluten free, vegan treats and my interest in reviewing these for my blog.  I sampled some different flavors at the conference and I was really excited about trying them at home. Last weekend, I yanked out the box of Rickaroons.  Grant had given me the chocolate blonde flavor (which was my favorite out of the four kinds they had).  When we opened the box they were in little packets.

We took them out and they looked like miniature cakes.  I grabbed the biggest one I saw and took a big old bite. 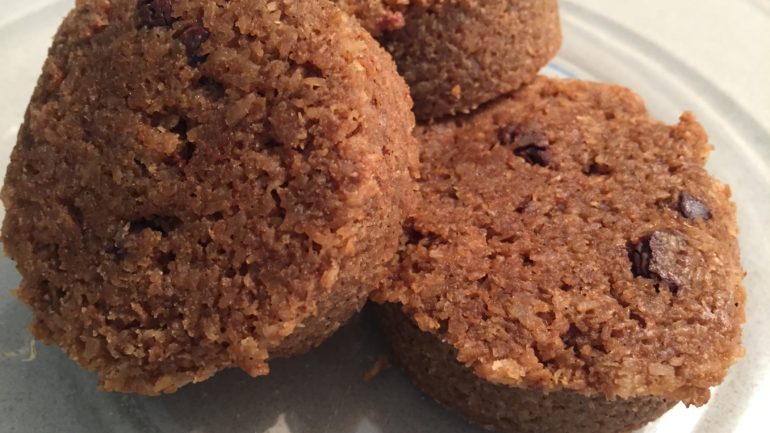 The part that really stood out the most was the coconut flavor.  That flavor was like a pow for the first couple of seconds but then the chocolate flavor pushed the coconut flavor aside and spread quickly.  I like both flavors a lot, and I thought the amount of chocolate was just right.  I like a little chocolate, but not too much.   So does Mom.  Dad and Henry think there is no such thing as too much chocolate.

Rickaroons are soy free, gluten free, vegan, paleo, and non- GMO.   They are everything someone who has a lot of food allergies wants them to be. They are also great for people who just want eat healthy. And for people who want delicious desserts or just a snack during the day because they are full of good energy. 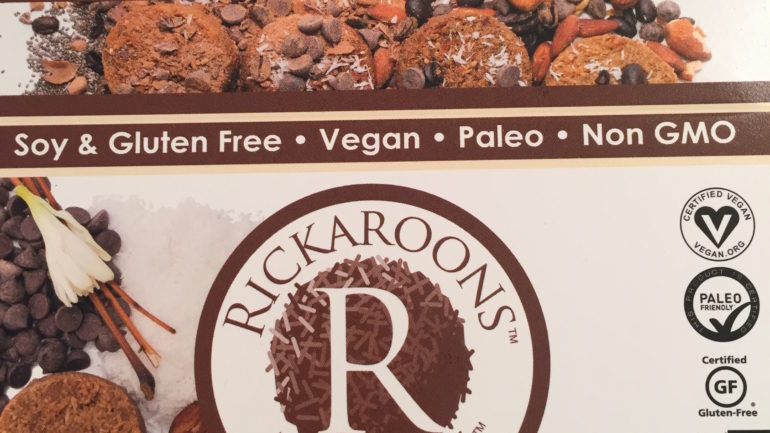 I would take these on trips or pop one of these in my mouth before basketball practice to go for that slam dunk. I could seriously mess some of these up.

These Rickaroons were everything I expected them to be and more.  For Henry they may have been a little more than more … Because he kept trying to sneak them behind mom’s back.  Yum. 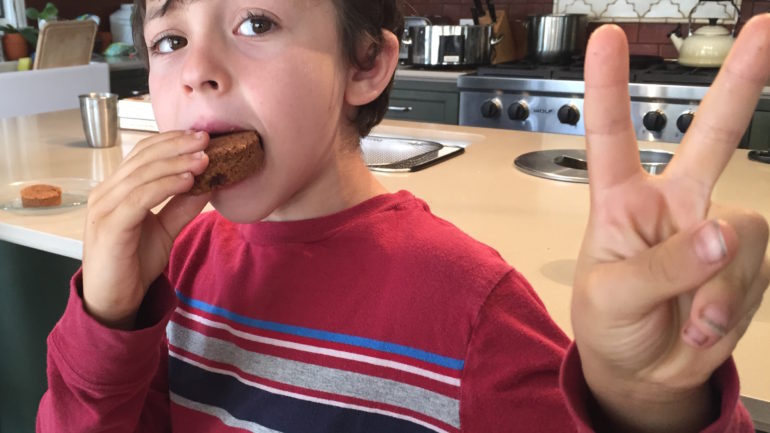