GARLICKY JAPANESE EGGPLANT RECIPE – I COULD DEVOUR THIS IN A SINGLE BITE.

One of my favorite restaurants in Los Angeles is Chan Dara, which is thai cuisine and which I reviewed years ago when I first started writing this blog. Now, me and my mom absolutely love Japanese eggplant, but my dad and brother don’t like it that much. So when we went to Chan Dara regularly, which we did before we moved, we would get rice, sautéed green beans, pad thai noodles and eggplant.  But once we moved, my mom and dad thought it would be too long a drive for me and my brother then, because we were only six and four, to keep going once a week or once every two weeks.

At our old house, we had a garden and we had huge success growing tomatoes.  In fact, the year before we moved we had gotten at least 1,000 tomatoes.  Once we moved to our new house my mom began planning for planter boxes and had a detailed plan of what she was going to plant. Now, this year, we had nearly 3 times as many tomatoes as the year before.  And that’s when my mom decided to plant japanese eggplant.  It took a while to come up, but when it did, I was so excited that I could have jumped out of the house and run around cheering. Finally the eggplant was ready to be eaten.
So my mom made garlicky Japanese eggplant.  I eyeballed it all the way out of the oven. Garlic spilled over the edges and little strips of eggplant were there waiting to be eaten.  I snatched the plate and took a bite. 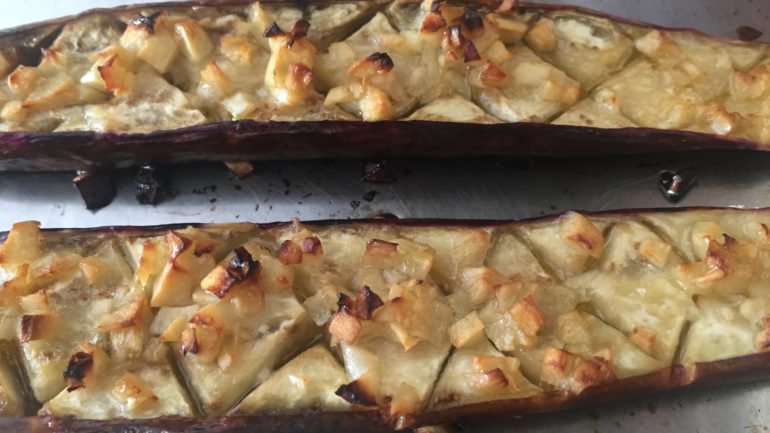 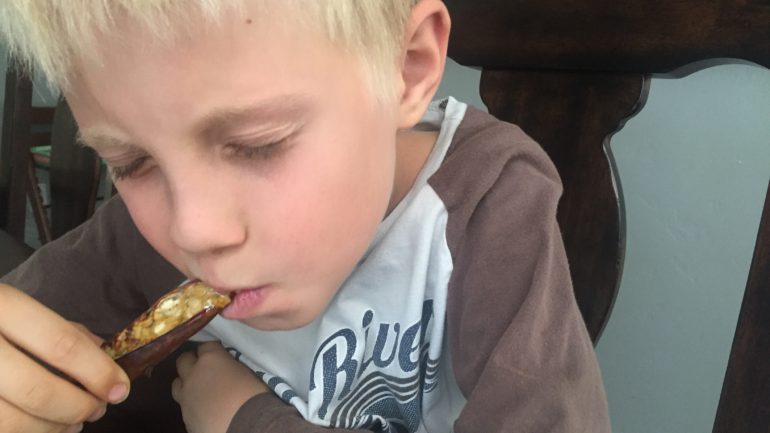 Mmmm.  It was heaven.  The garlic filled my mouth and my tummy, and the eggplant gave that soft texture and savory flavor.  The crust had a crunch and … I don’t think I can talk anymore this description is making me too hungry.  This eggplant was so good.  No not just good, this was spectacular deliciousness.
This dish is really easy to make.  Just 5 ingredients: eggplant, salt, olive oil, lemon juice and garlic.  And just a few simple steps to yummy goodness. 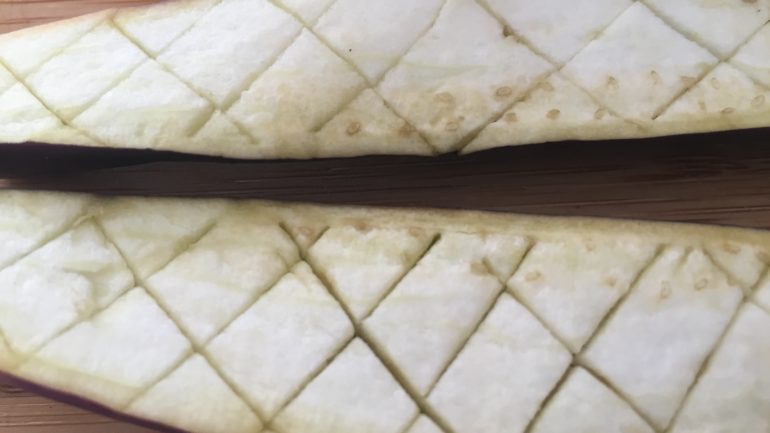 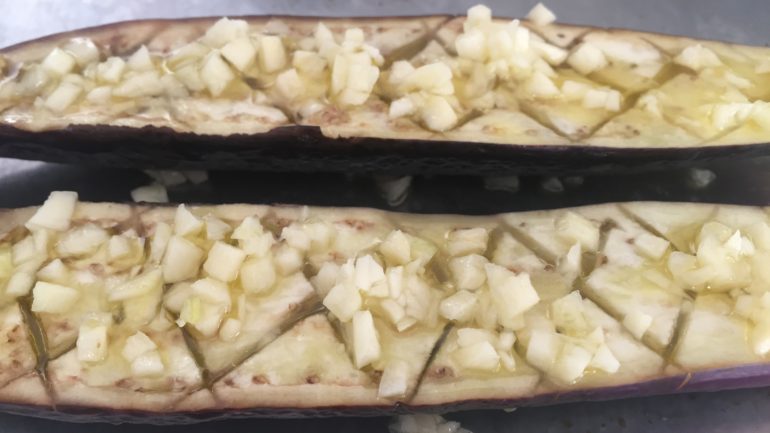