Marching made me hungry 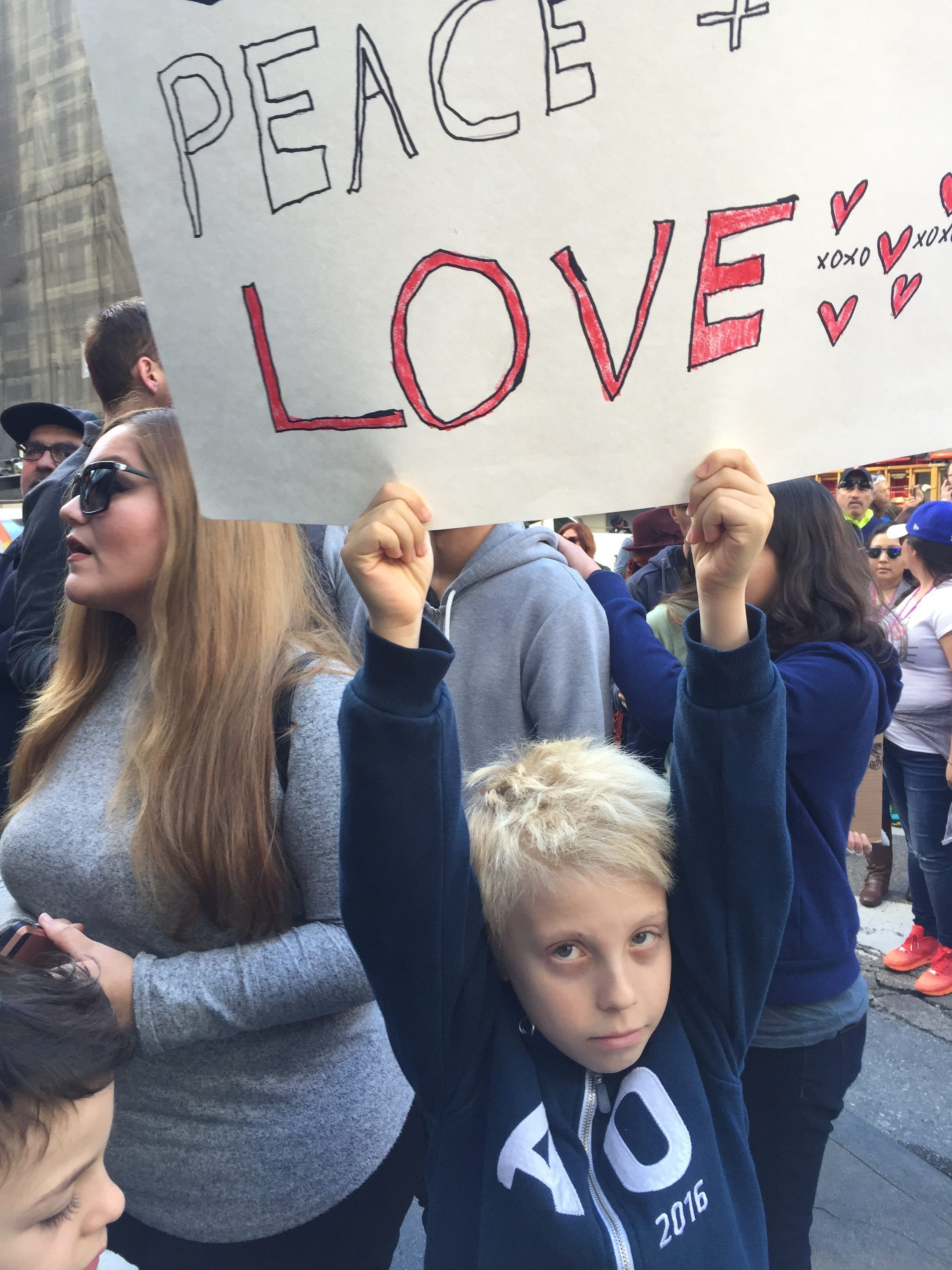 Hi everybody! Did you go to the women’s march? I did. It was super packed. I went to the LA march, but there were marches in all 50 states and more than 60 countries around the globe. For the LA march, they estimated about 100,000 people would come, but there might have been almost 750,000! They say it is possible more people came to the LA march than the Washington march! Just the day before, Donald Trump says more than a million and a half people came to his inauguration, but I don’t believe that. The reason I was marching was for my mom, grandmother, aunts, and every female person I have a connection with. I was marching for equality, for love, and for the whole world to be united. The LA march was from Pershing Square to City Hall, but it was so packed we stood for an hour and twenty minutes before we even started to march! 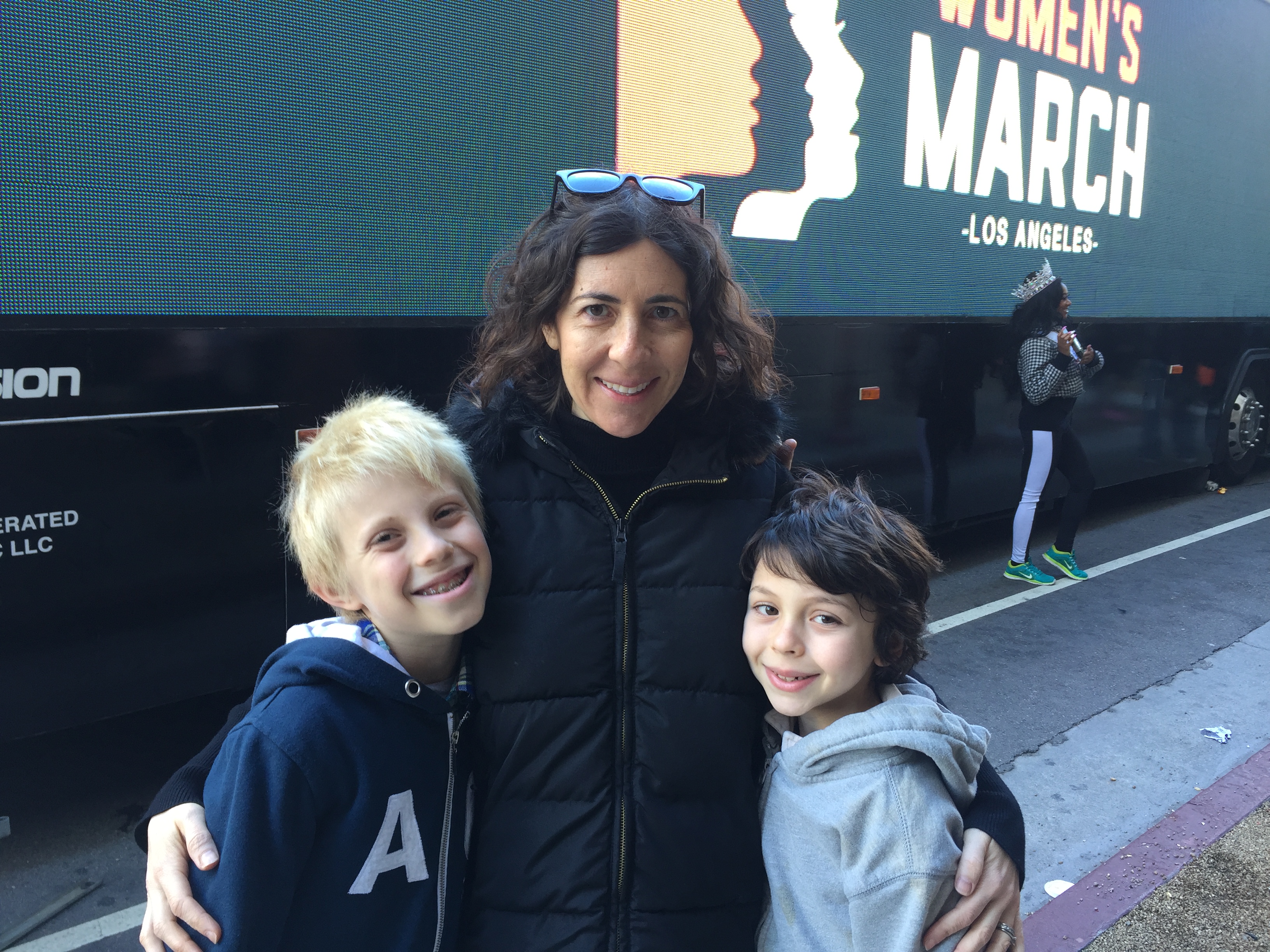 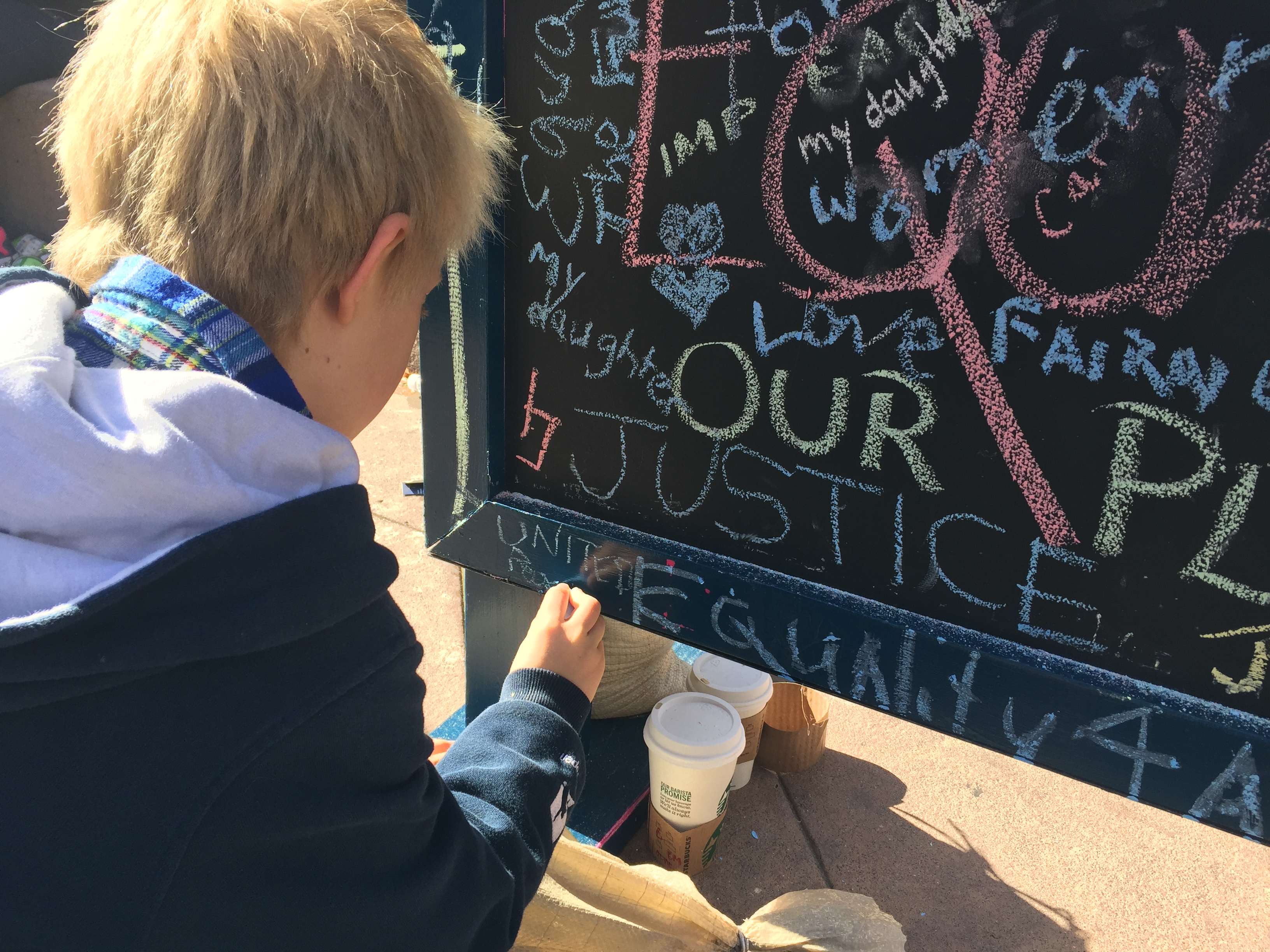 After marching for about half an hour, me and my brother wanted to go to Pershing Square. Then after hanging by the music truck for a while we caught up with the rest of the group and marched towards City Hall. As we walked back we were so hungry.  My mom had heard of this place called OMNOM. They had smoothies and other stuff like wraps and sandwiches and salads. They also were near the march.

As we walked in, I could already tell you that this was a place I was going to like. They had a big board with a lot of choices. 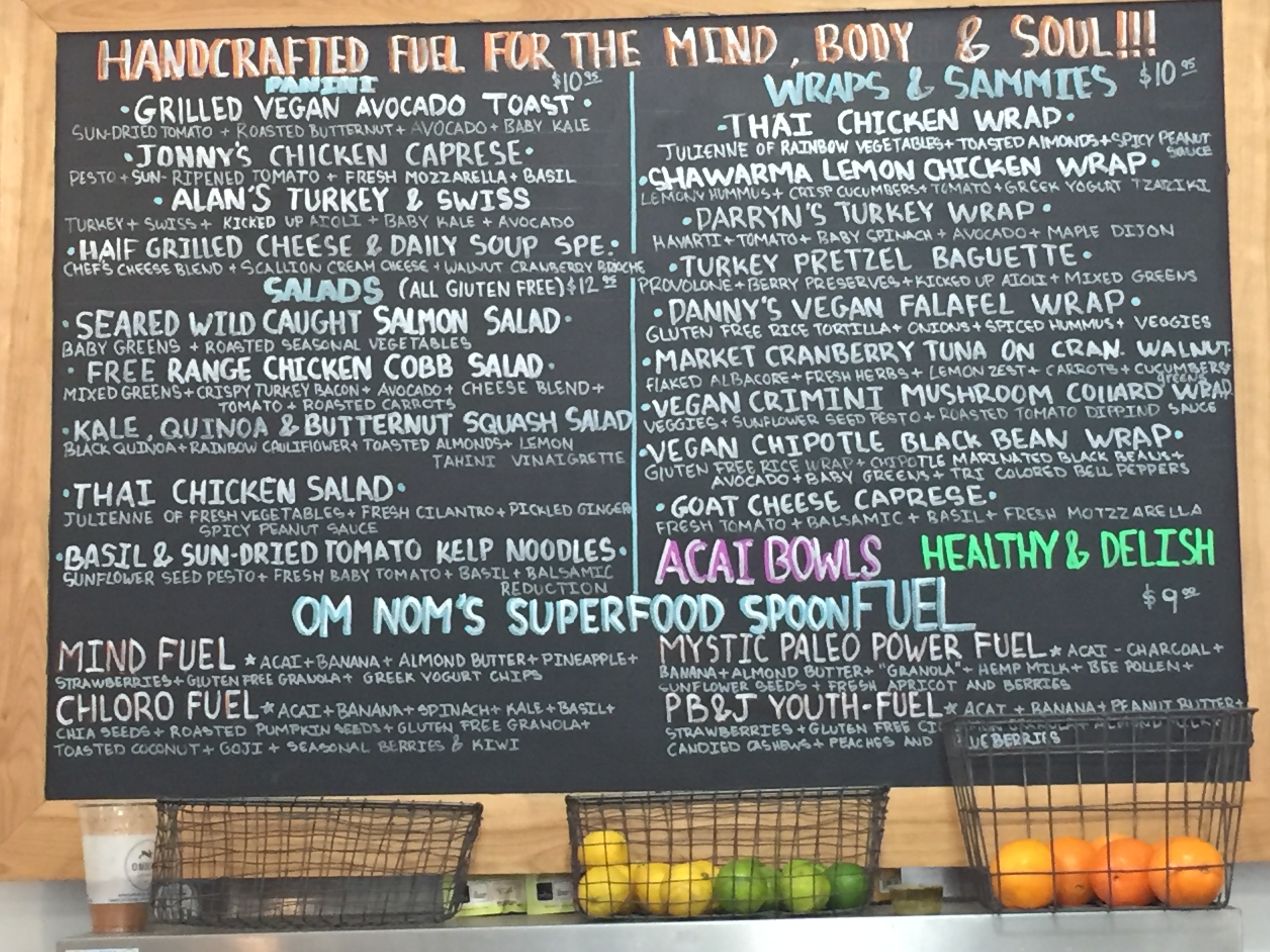 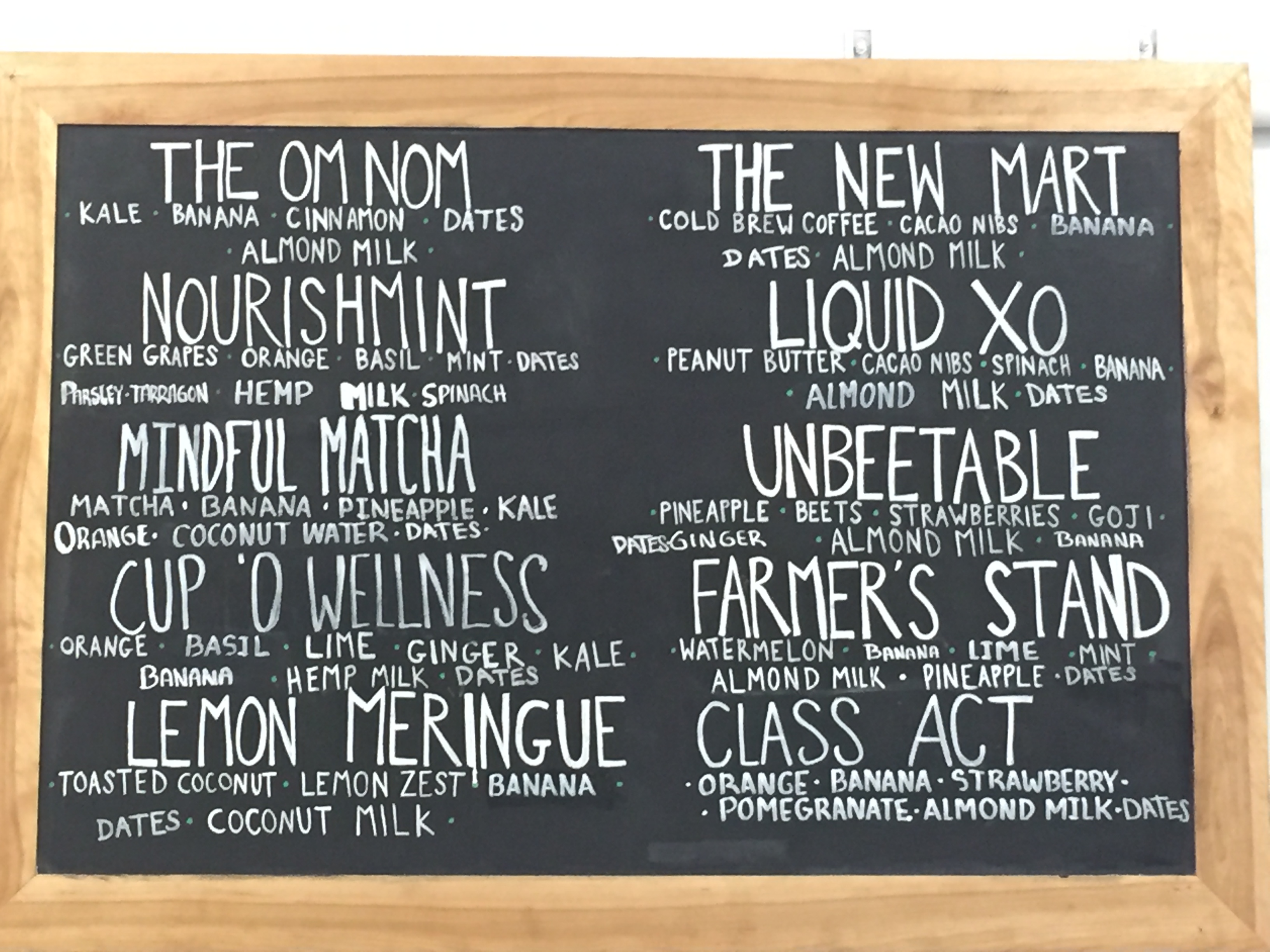 I chose a Mexican wrap. 🌯 I also got a smoothie that was flavored Lemon Meringue. My mom and dad shared a kale salad.  I sat down in the chair and it felt like heaven. That was because I had been marching for a really long time and sitting down felt goo-ood! 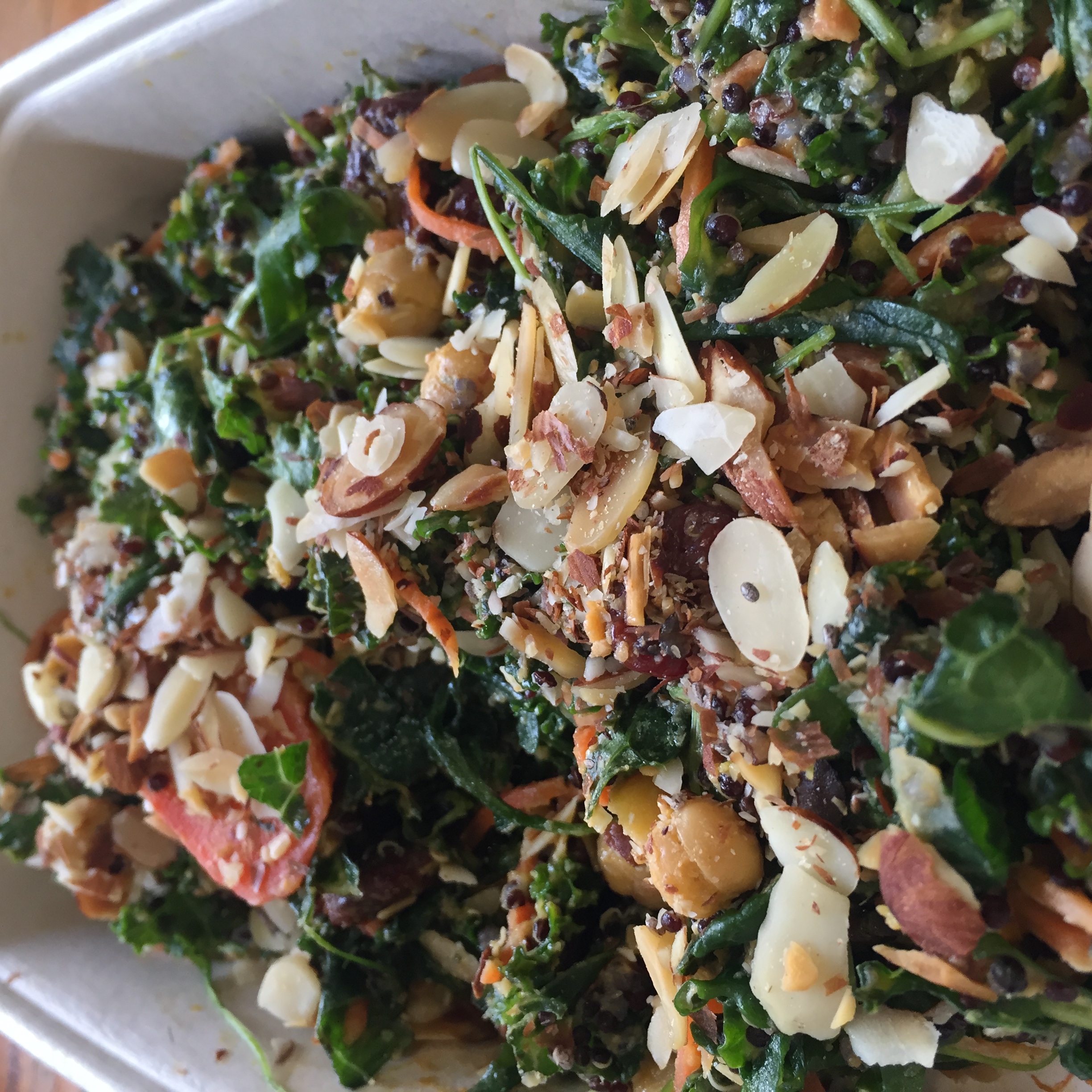 When the food arrived, I was starving like someone who hasn’t eaten in three days. I chomped down on the wrap with a garnish of spicy orange chipotle sauce on top. The wrap had beans, avocado, tomatoes, and two types of spinach. It was also in a gluten free wrap. The tomatoes were juicy fresh like right off the vine. I loved it so much, I even had a second one. 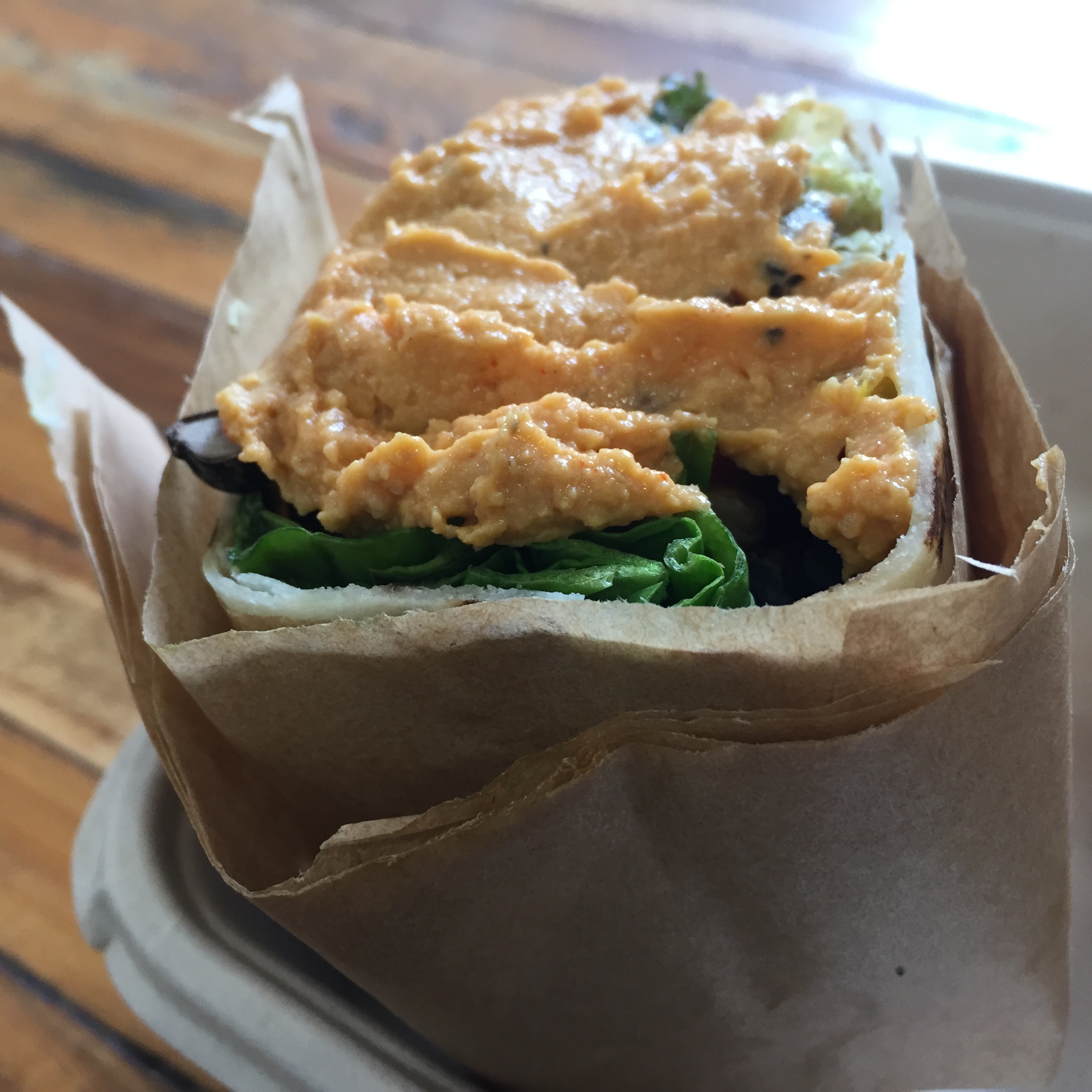 The apple that was on the side was mouth-watering as well. My dad bit into it and tried to tell what kind of apple it was. He thinks it was a Fuji apple but he wasn’t completely sure. Then the smoothie came. I filled my mouth with the taste of Lemon Meringue and the sweetness of the smoothie. At first it tasted sort of like a milkshake, but at the end you could really feel the lemon kick. 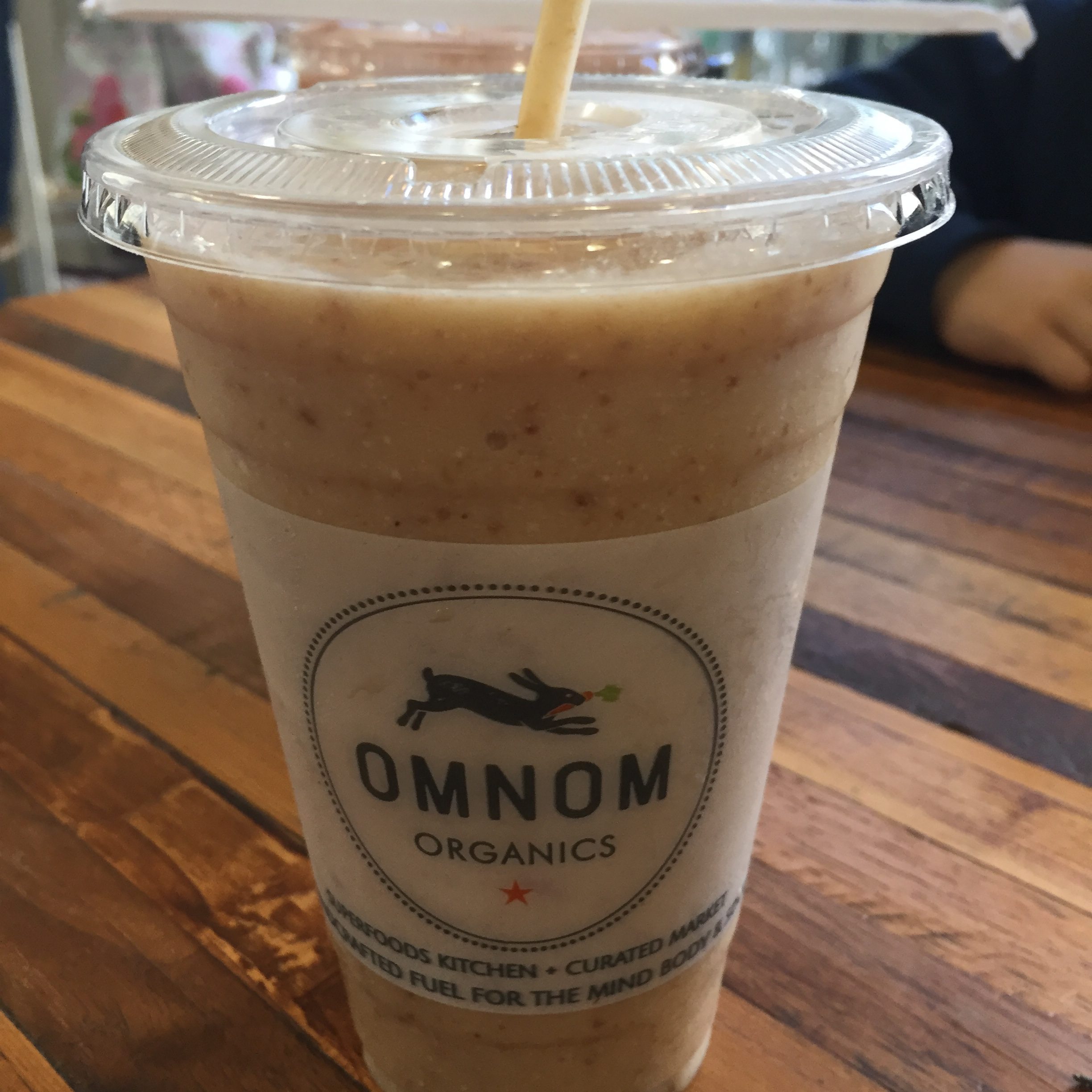 Between OMNOM and the woman’s march, it was a really great day. If you went to the women’s march too and enjoyed it, please tell me your feelings about why you were marching and what it means to you. It was a really great experience that I will never forget.