I was really jealous over this situation

Have you ever been jealous of someone because they went somewhere that you did not get to go, but then you were able to go less than one week later? Well, that is what happened to me last week.  There’s a new place in LA called Flower Child, that my mom showed me the menu for and then ended up going there that very night – WITHOUT ME!!!

So last Thursday, I was watching the Cavaliers beat down on the Celtics in TD Garden, when my mom called me for dinner.  I was interested but nervous. She told me that my dad picked up dinner from Flower Child, the restaurant my mom had tried the week before. 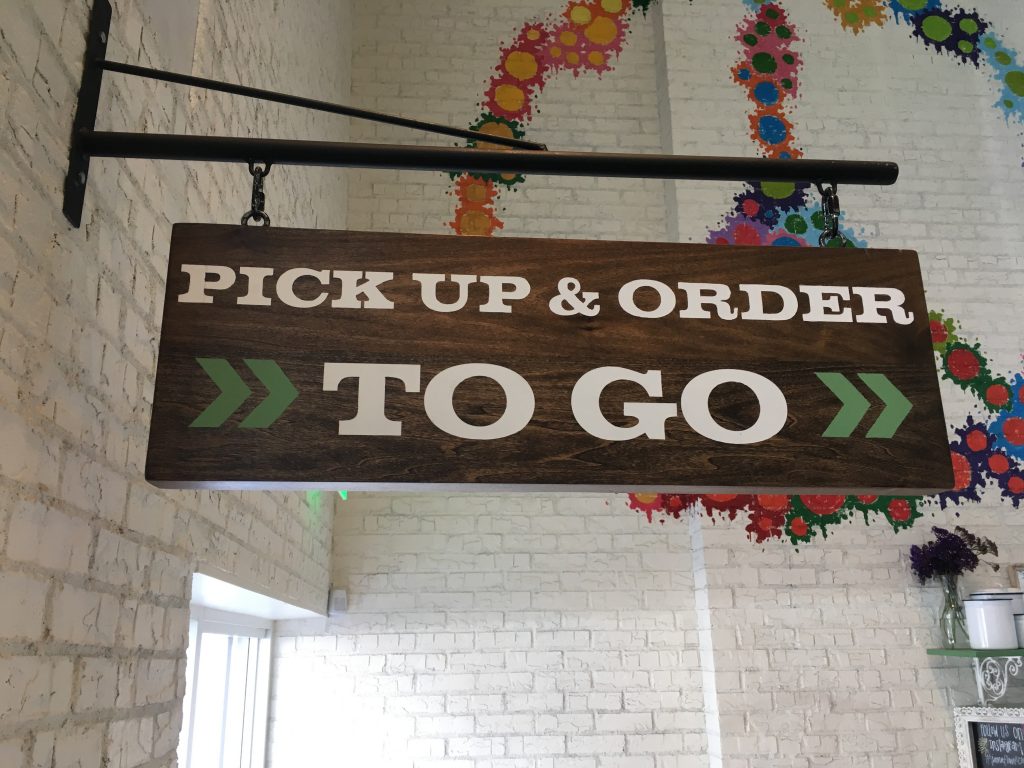 I was hoping my mom would have gotten me the dish that I wanted from the menu, but nervous that maybe she had gotten some things I wouldn’t be that excited about.  There was good and bad news.  I’ll start with the bad news.  It was that we hadn’t ordered the dish I’d been really excited about, but the good news is that we had ordered some of the things I wanted.  There was a quinoa, black rice, cauliflower, and my favorite: Japanese Eggplant. Mmmmmmm!!

First there was the Forbidden Black Rice Bowl.  This was my brother’s and my mom’s favorite dish.  There was a crunch the snap peas, carrots and other veggies mixed in. 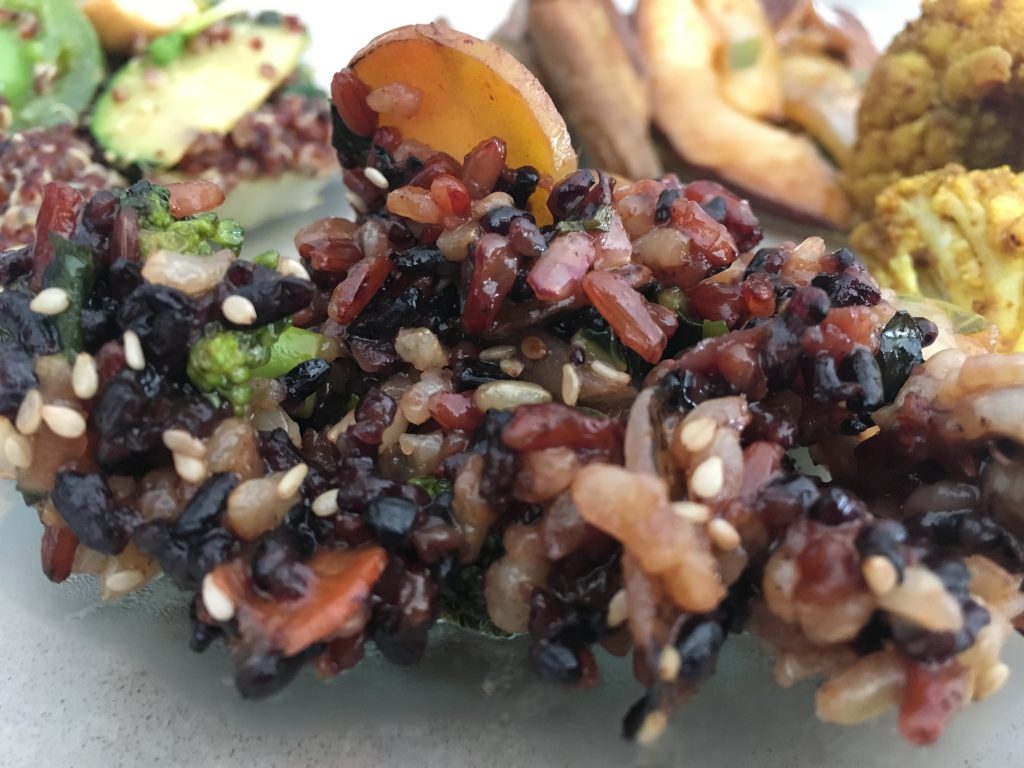 My favorite was the Spicy Japanese Eggplant.  Obviously, I enjoyed this dish the most.  The soft taste was balanced with the sharp tang.  It had basil and cashews and was in a sauce that was really tasty. 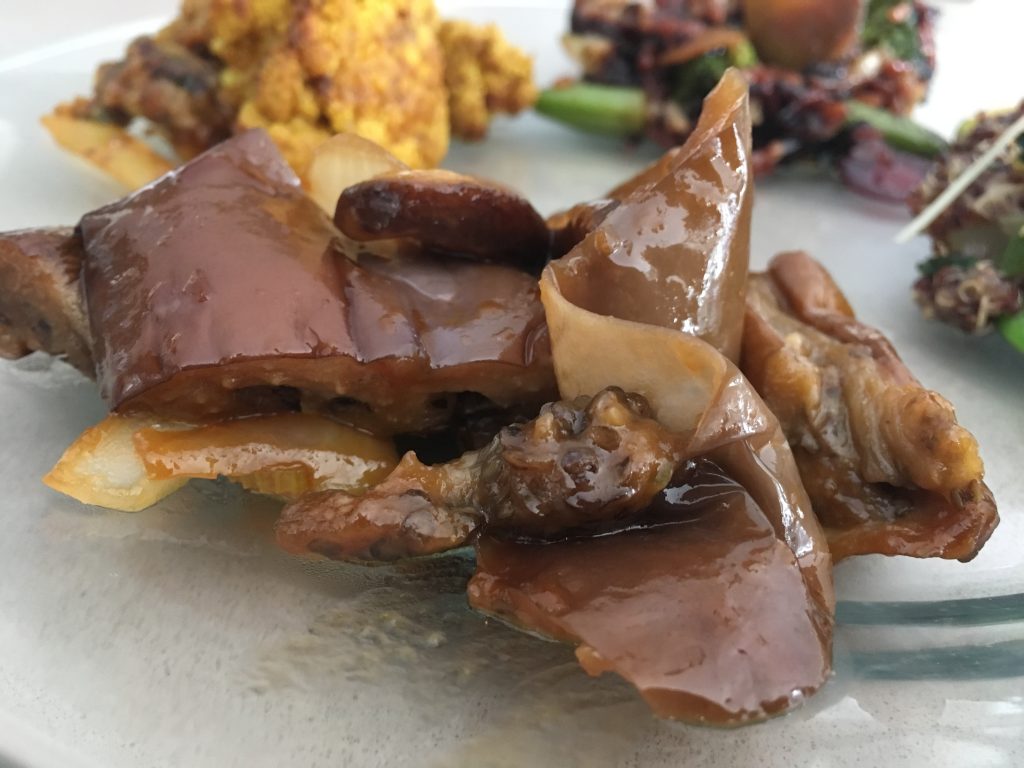 Then the Thai Cashew Quinoa.  My dad’s favorite dish, it was tasty and included hot green chili peppers. My mom thought it was one of the spiciest things she had ever tasted and said that this dish was not for wimpy people because the spice factor was so intense. 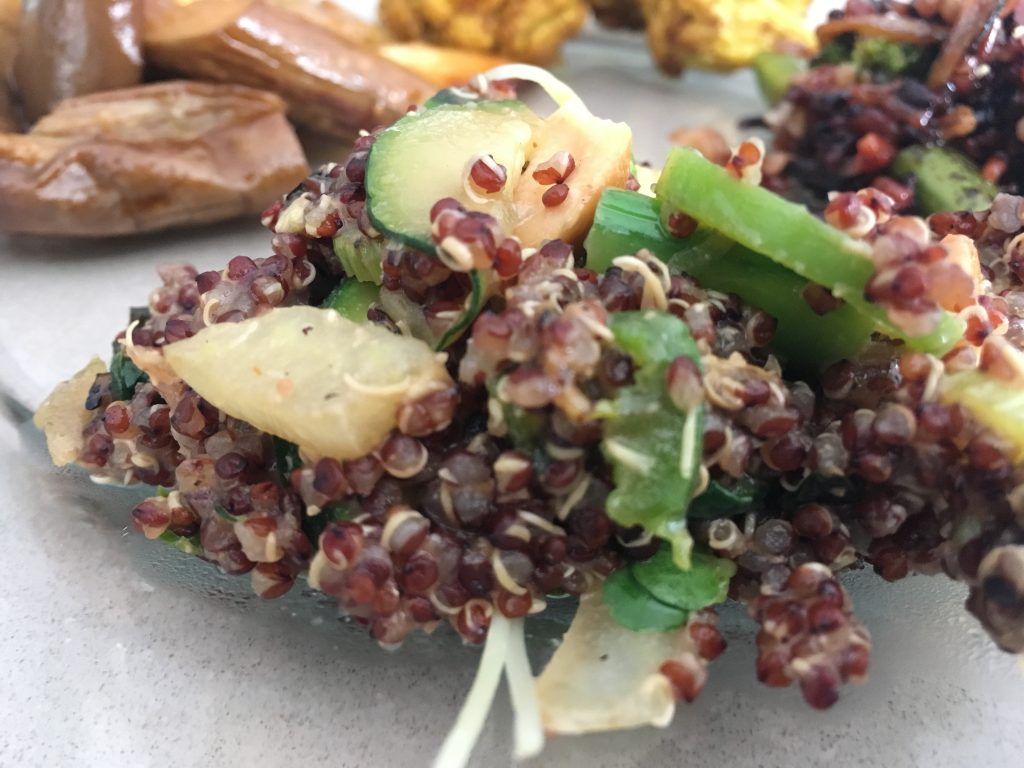 Finally, there was Indian Spiced Cauliflower.  It had little pieces of dates and almonds.  I liked this one a lot, and speaking of it, I’ve got a joke for you.  What do you call a dog mixed with a flower?  A Collie- flower!!!  Hahahah!! 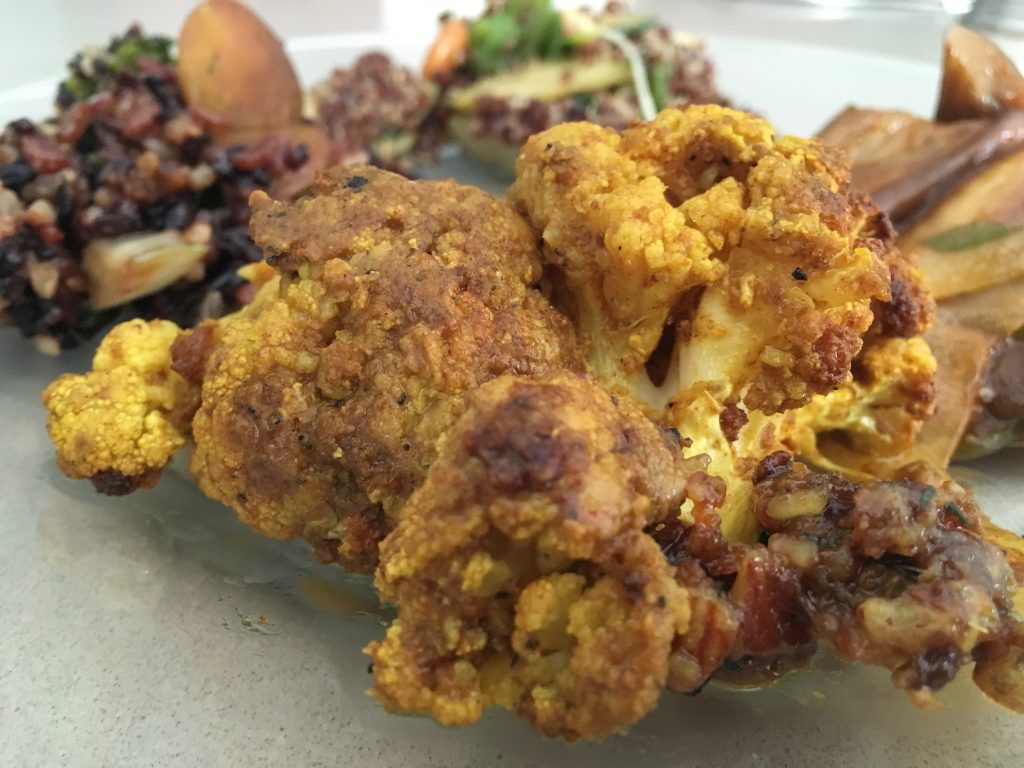 This is a tasty restaurant and I suggest you go here as often as you can.  It is super healthy and if you have eaten a lot of sugary or unhealthy stuff lately, I would definitely go here for a tasty and nutritious meal! 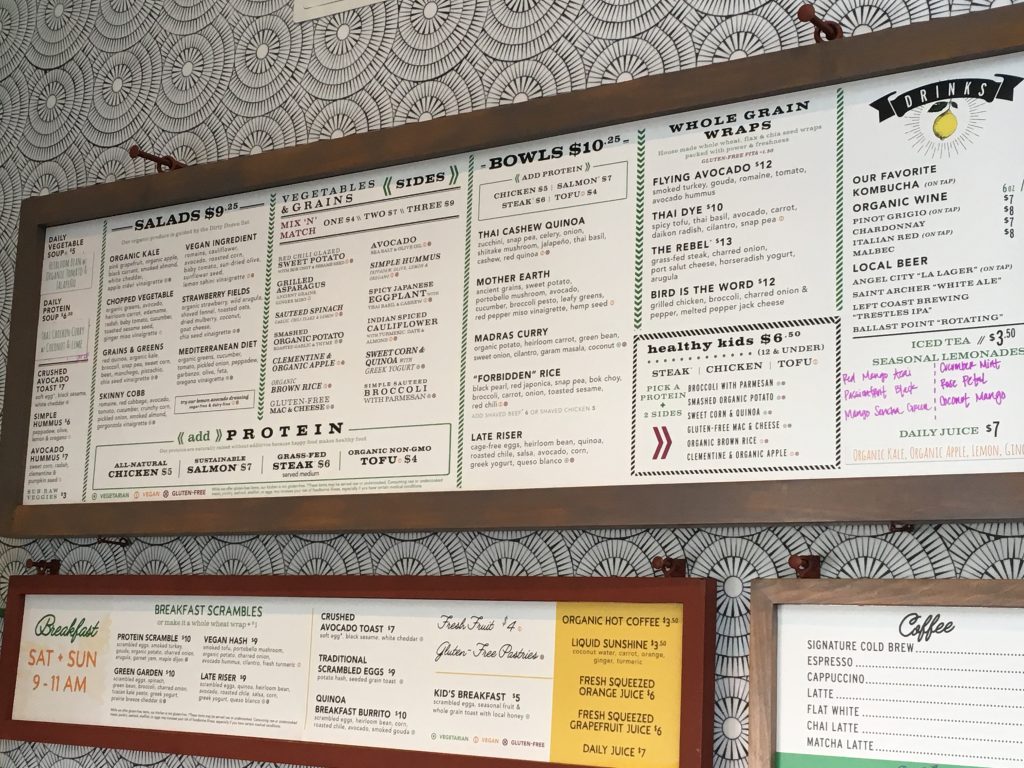