When people think of sausages, they usually think of fresh, meaty patties that are made with meat.  Last weekend at Costco, though, we found a package of vegan sausage.  They were about as big as a dozen grapes all pieced together, then flattened out.  That made me excited, because I obviously love huge portions of food.  We found out that there were thirty two patties all together in the box, which was quite a lot.  That was good, because now we can have a lot of breakfasts without having to go the store to buy more. 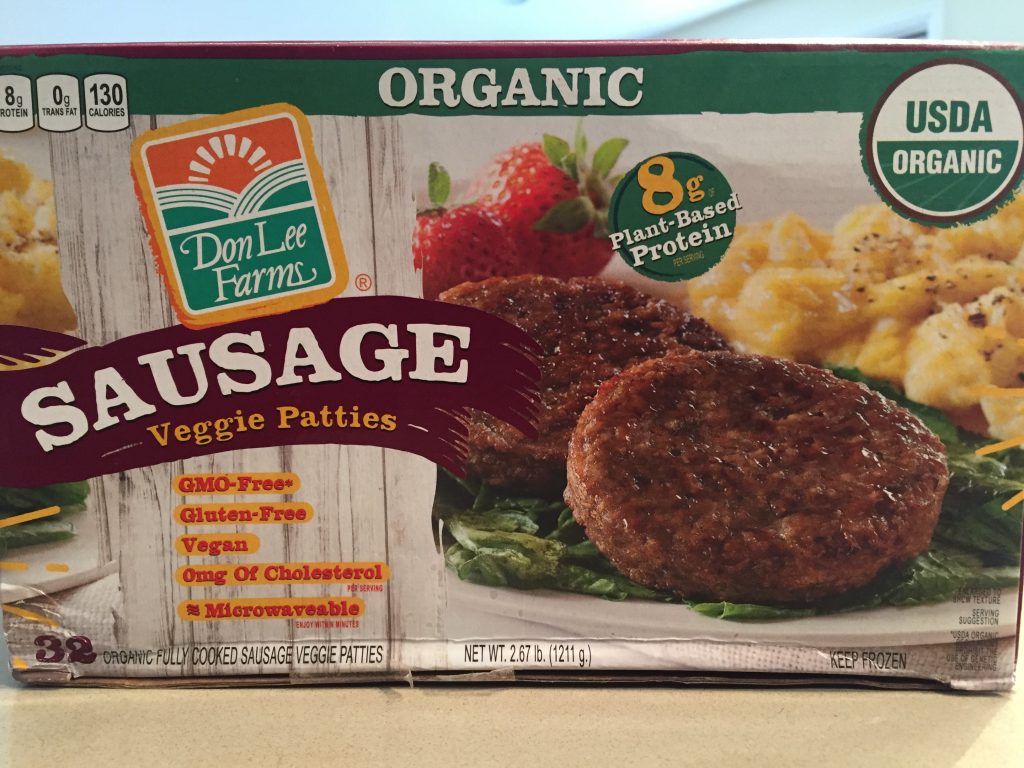 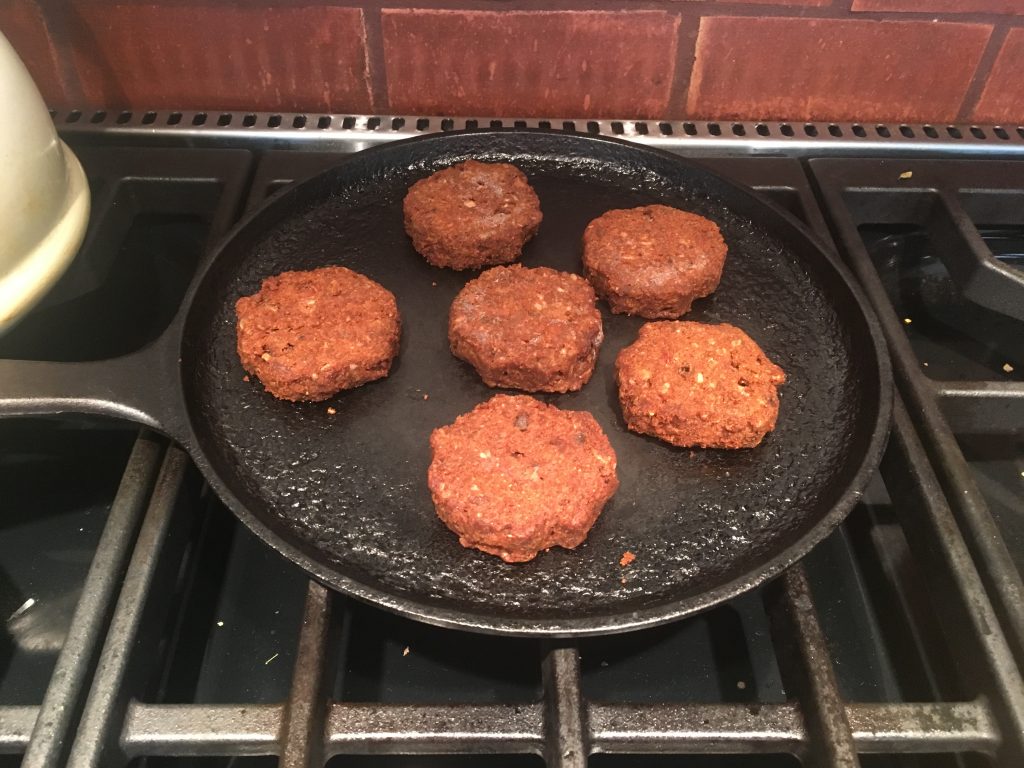 While we were at Costco, they also had a lot of other options for us to eat.  This is weird, because Costco usually has big bulky things for a cheap price – but our allergies prevent us from munching on samples.  But last Saturday it looked like they had arranged for our family, and other families with allergies like ours, to have an eating contest around the store, just grabbing things off shelves and eating.  And eating.  And eating.  I’ve always wanted to participate in a contest like this.  The first one to finish their half of the store would get 1 million dollars.  And you had to do it all without your stomach exploding.  I would go for the Mexican items first – hopefully my team was on that side of the store.  They would call my team the “Mexican Food Robbers” because other customers would be complaining that they weren’t able to get all the Mexican products they usually get since we had taken them all.  Anyway, I lost track with that story.  The point is that we bought a colossal amount of food!

It was the bomb, the beast, delicious, mouthwatering, etc.  It took every ounce of strength I had not to break free, grab the box, and shove the darn thing into my mouth, plastic and all.  The crispy outside and the moist part on the inside was just enough to make me go crazy. 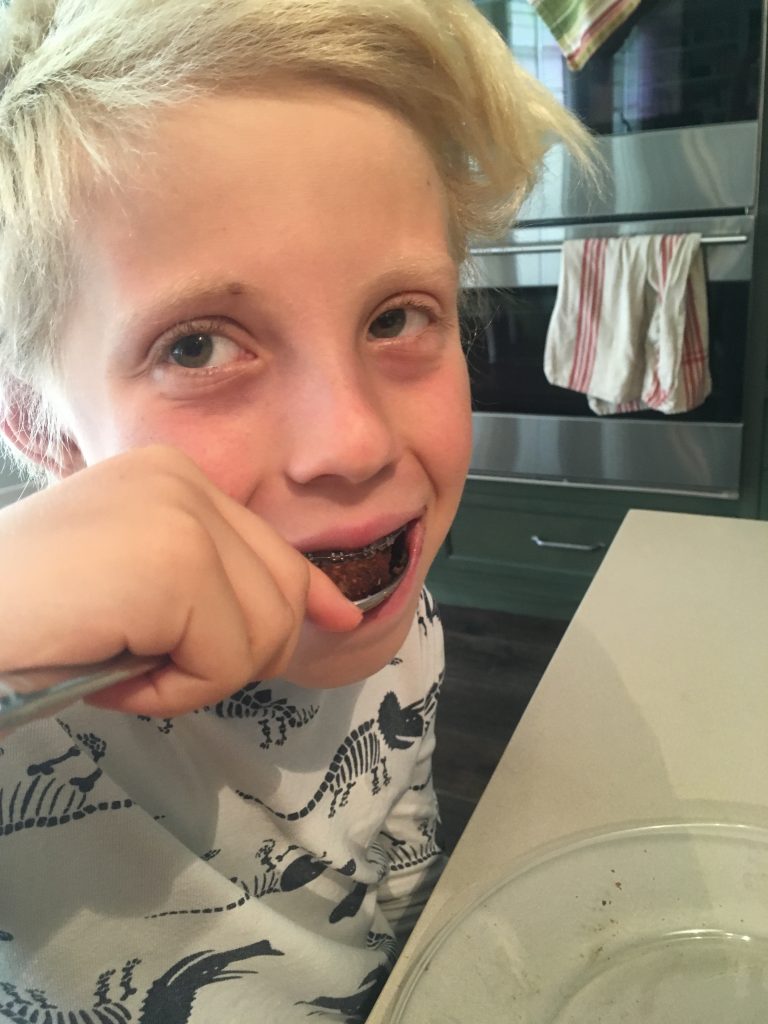 These organic sausage patties are made by DonLee farms.  It’s outrageously healthy with 8 grams of protein and 3 grams of dietary fiber.  There is also a lot of Vitamin A and iron and the entire thing only takes two mins to make!  Impressive.  Most impressive. 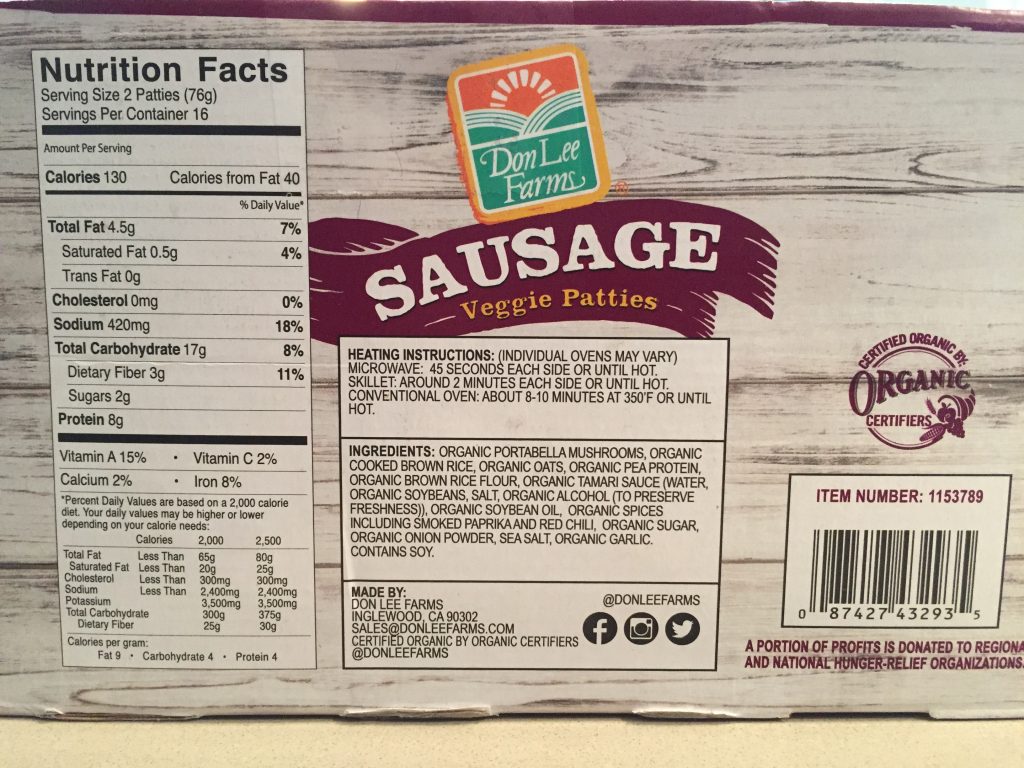