Worthy of a second review … I devoured this food

There haven’t been many times that I have reviewed a restaurant twice. Today,  however, is one of those exceptions – because Le Pain Quotidien earns a second review.  I first reviewed this restaurant four years ago! I was only 7 and wasn’t even writing full reviews. It is funny to go back and read some of the ones I wrote when I was young.  Now I think Le Pain Quotidien deserves more than one paragraph!

Le Pain Quotidien is a restaurant that is not far from our house and I know that they actually have other ones not only in Los Angeles but around the country.  So this is a good review for my readers all around the United States.  I don’t go to this restaurant very regularly because we don’t go out to breakfasty places that often.  Although my mom goes there a lot because she has early morning breakfast meetings sometimes.  But after going there recently, I think I want to go to Le Pain Quotidien more after as I was reminded how much I like this place.

We all get different things at Le Pain Quotidien.  Henry Loves the Chia Seed Pudding they make there and he asks for this almost every time.  I like the Crunchy Quinoa Cakes.  And if mom likes the oatmeal!!!  The Chia Seed Pudding and the Quinoa Cakes are gluten free and dairy free.  The oatmeal isn’t certified gluten free so if you have a strict gluten allergy you should probably avoid this.  I know there is a lot of discussion about oats and whether they are gluten free or not because they sometimes get contaminated with wheat from the fields they are grown in.

This time when I went for a weekend brunch time, I felt like something different, so I ordered a scallion and mushroom omelet with gluten free bread and a salad.  I still wanted the Quinoa Cakes so my mom ordered them and agreed to give me some of them because she wasn’t that hungry.  I demolished her offer.  But not as much as I demolished those Quinoa Cakes. 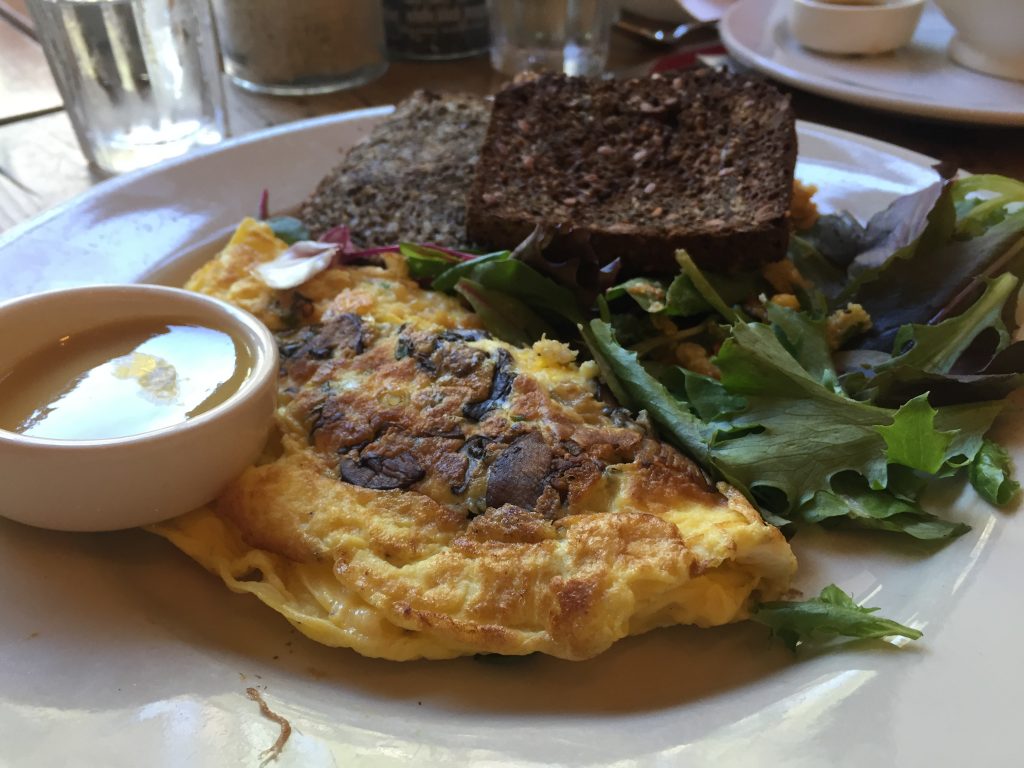 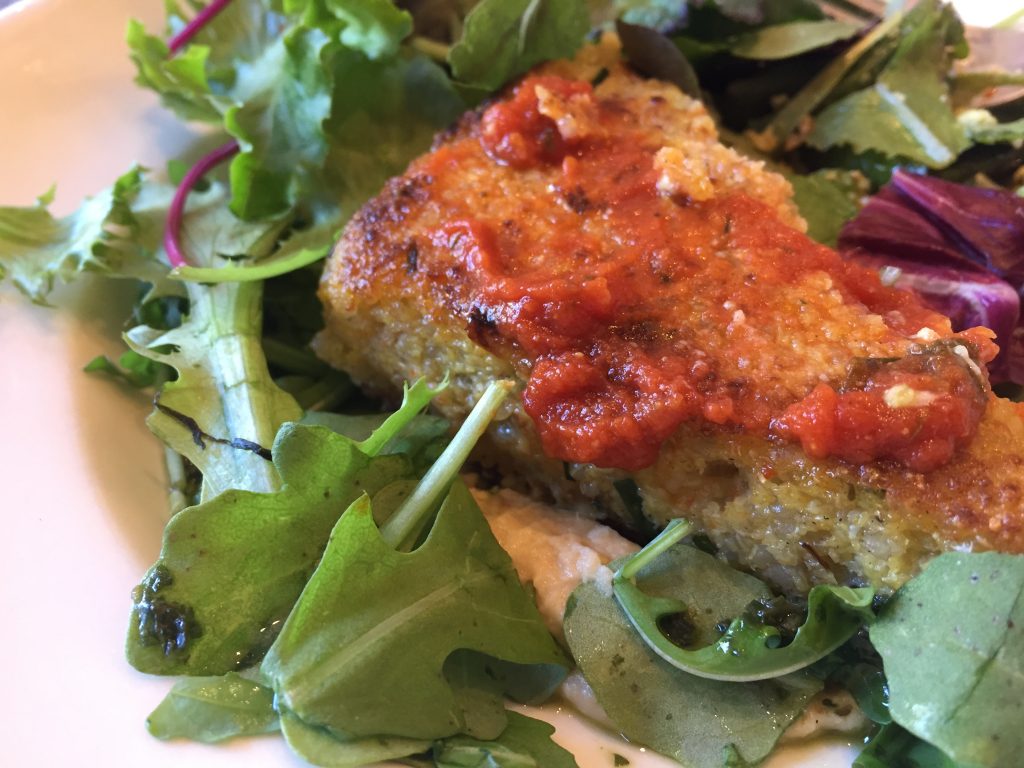 I liked my omelet but to be honest I just loved those quinoa cakes.  I can’t even describe the taste. It was like they put some magic potion in it to make it taste good.  It is definitely crunchy which is obvious since they are really called Crunchy Quinoa Cakes but the inside is creamy and the tomato sauce on top adds just the right flavor.  I ate every single crumb of food on my plate until it looked like someone had washed it. Yes, I really did. You can see me taking a break for the photo below but then I just kept cleaning that plate.  And I’m not even embarrassed I did that. 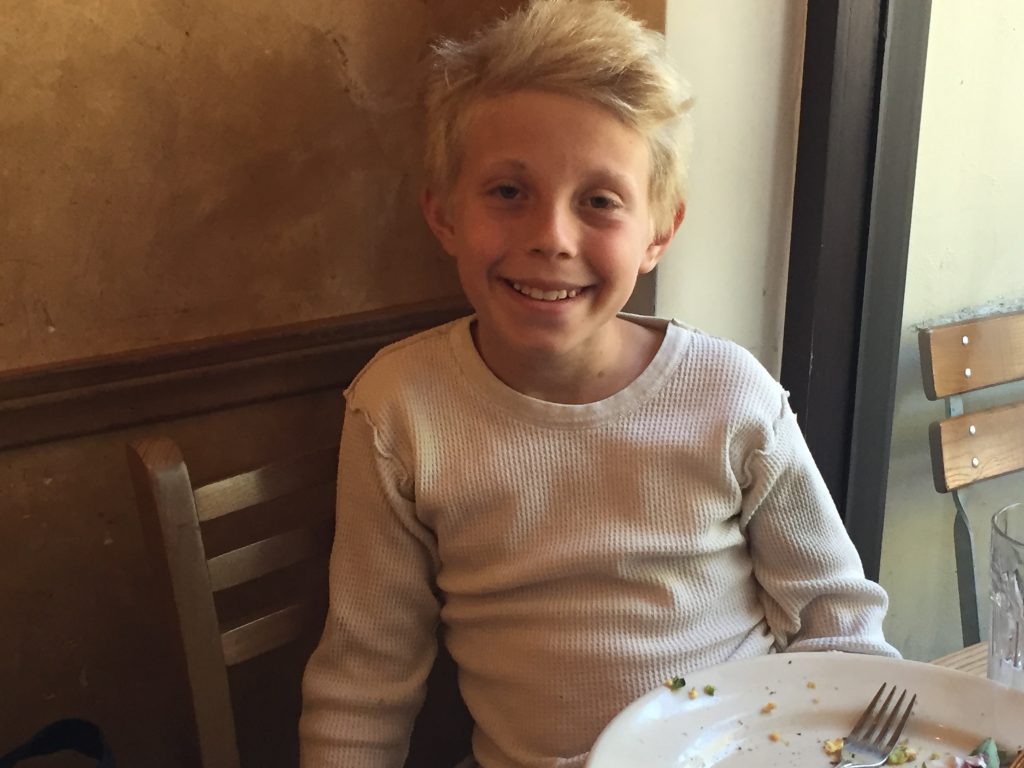 So,  if you live near or can get to a Le Pain Quotidien, you won’t be disappointed.