THAI FUN ON THE RUN

Yum.  I mean, I wish I could end this blog post right here and now, but that doesn’t give you enough information about anything.  I have reviewed two other Thai restaurants before called Sadtha and Chan Dara, but the restaurant I am reviewing today is right up there with the best of them.

Now that school has started up again, that means sports have started up again too.  For me, that means basketball and for my brother, that means soccer.  So, we were on the run after my brother’s soccer game.  His team lost 6 to 4. It was 5-4 with like 30 seconds to go and Henry was the goalie and they pulled him to play on the field.  It was so awesome, but watching this game made my very sweaty and hungry! 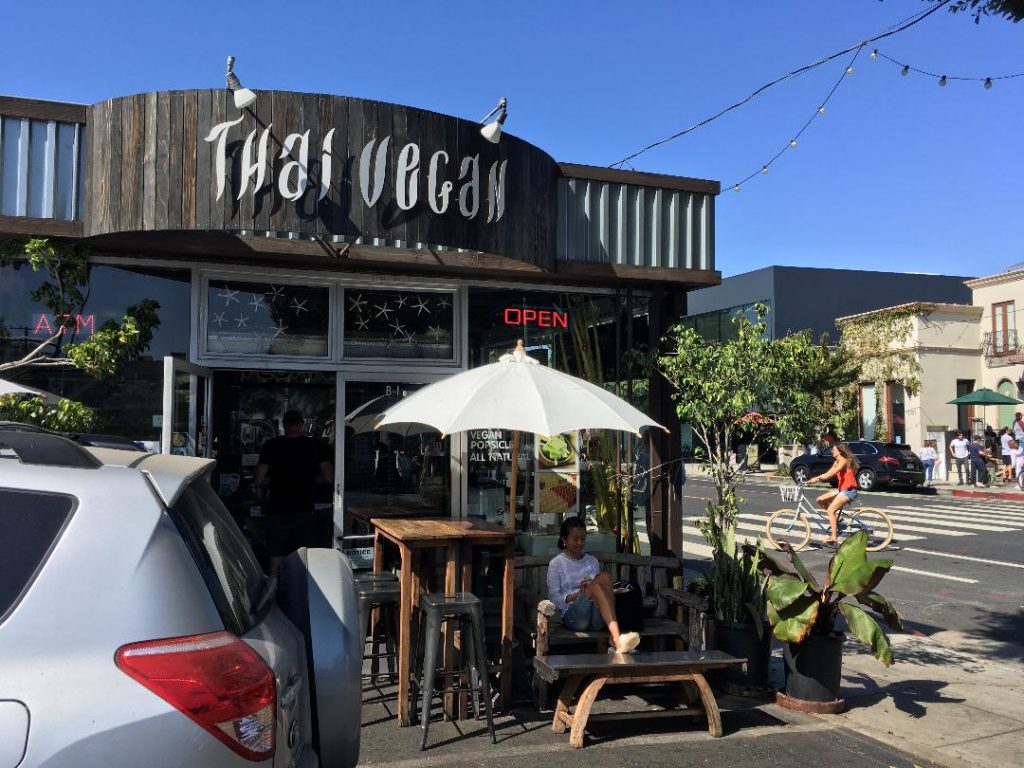 Thai Vegan is a restaurant located on Main street.  Everything they have there is vegan and a lot of it is gluten free.  There are appetizers and soups and rice and noodles and vegetables.  You pretty much can’t ask for anything more from a Thai restaurant.  The only thing that isn’t my cup of tea is… the actual restaurant.  I’m talking about the space it is in.  It is not really a dine in restaurant.  You order from a window and there really is nowhere to sit down except for a few tables inside and outside.  This is really more of a pick-up place.  So you just have to know that going into it.

Even though I told you this is a pick-up place, I do still think you might want to go inside and check out what is inside.  They have really cool golden sculptures there, and they sell fruit and vegetables and smoothies as well as Thai food. Really good pictures along the walls too. 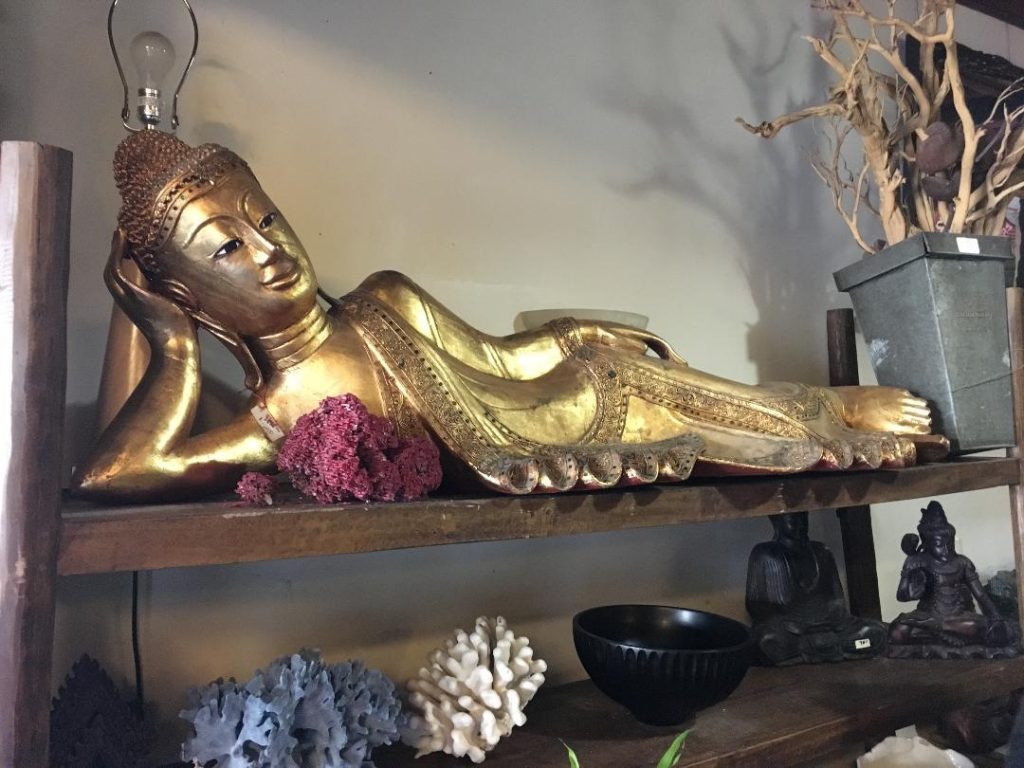 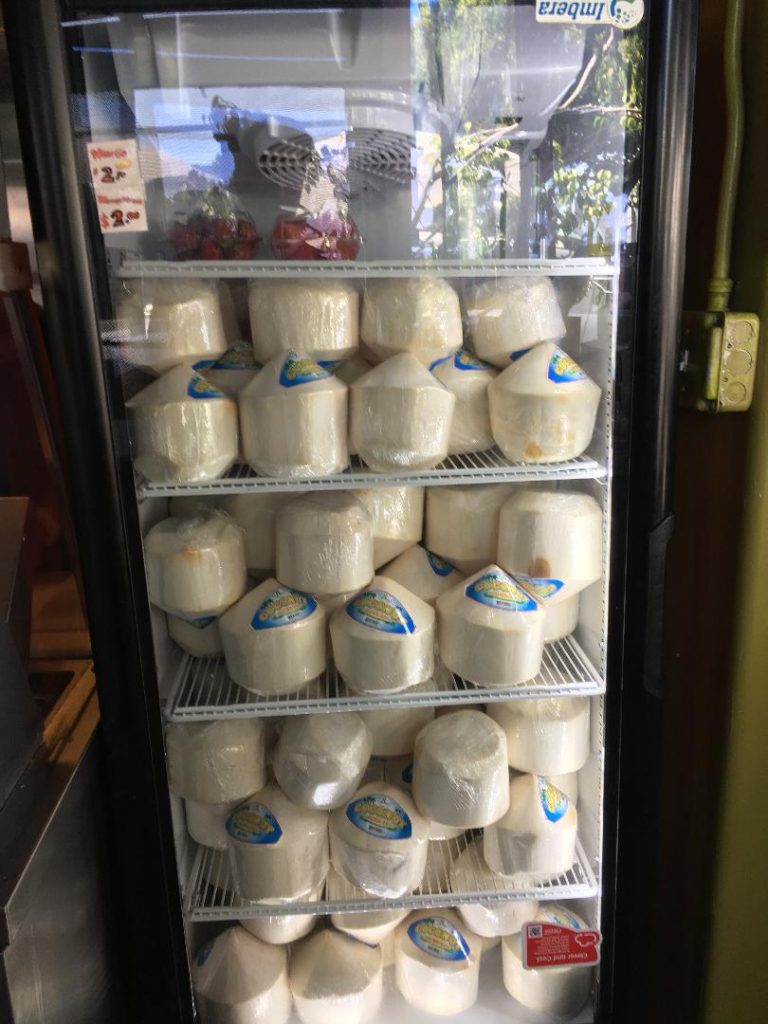 What we get there every time is the same thing.  My brother orders a Pad Thai for himself and my and my Dad split a Pad Thai and a Vegetable Fried Rice.  The rice has scallions with circle shaped carrots and chunks of tofu thrown in with everything else. The noodles have the same amount and same vegetables in with it. 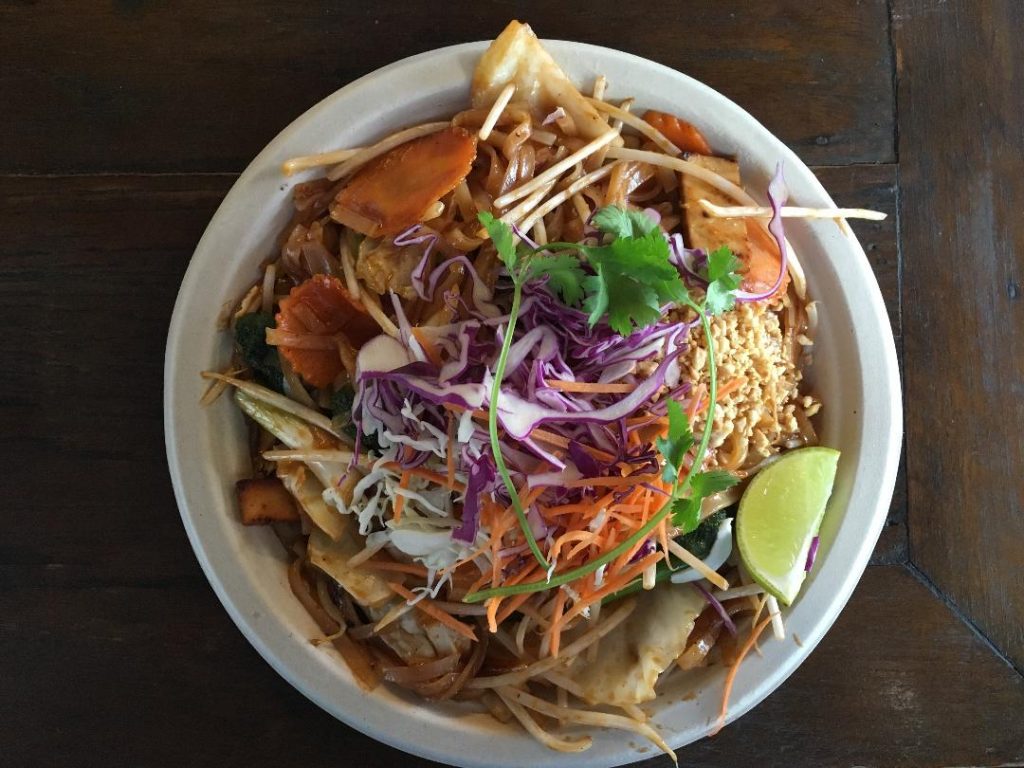 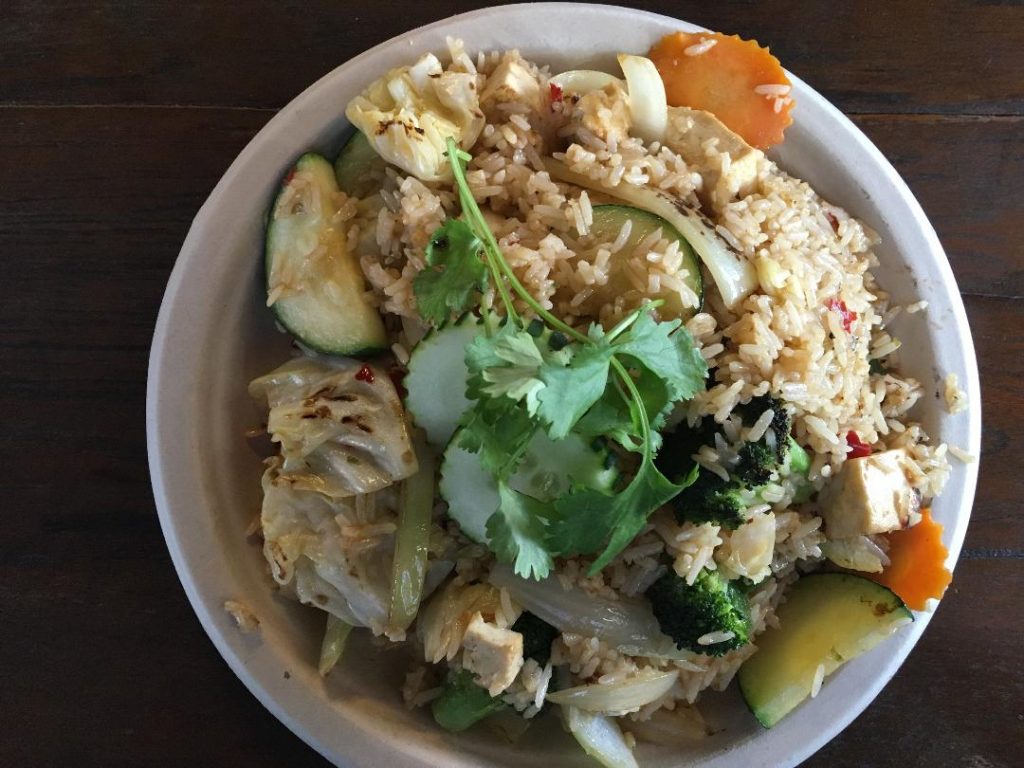 There were just the right amount of spices and flavor.  The noodles are not tangy at all, but have a sweetish savory taste to them.  And the vegetables, tofu, rice made a great delicious flavor that I found irresistible. We have leftovers every time, which I guess is meant to be with Thai food.  It is an absolutely delicious place and I really recommend going here.