What can you eat at Universal Studios Hollywood? 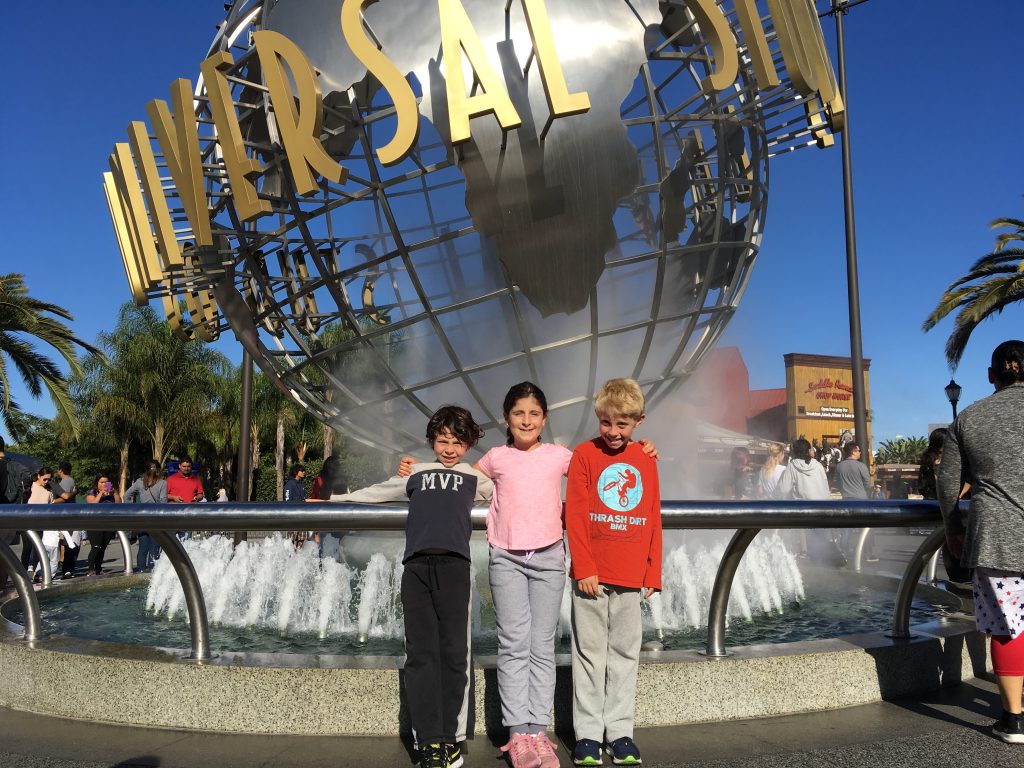 I had never been to Universal Studios until this past Saturday, but when I went with my Aunt, Uncle, and cousin, it was an experience I could not forget.  My favorite ride at Universal Studios was the studio tour, then the Despicable Me one, and third was Harry Potter.  I didn’t go on any rides like the mummy or transformers.  I liked the rides that were more my speed.  Those other ones definitely were not.  Of course, drinking the butter beer was pretty cool, too.  My brother especially likes butter beer.  Good news, the butter beer doesn’t actually have dairy in it and it is gluten free. 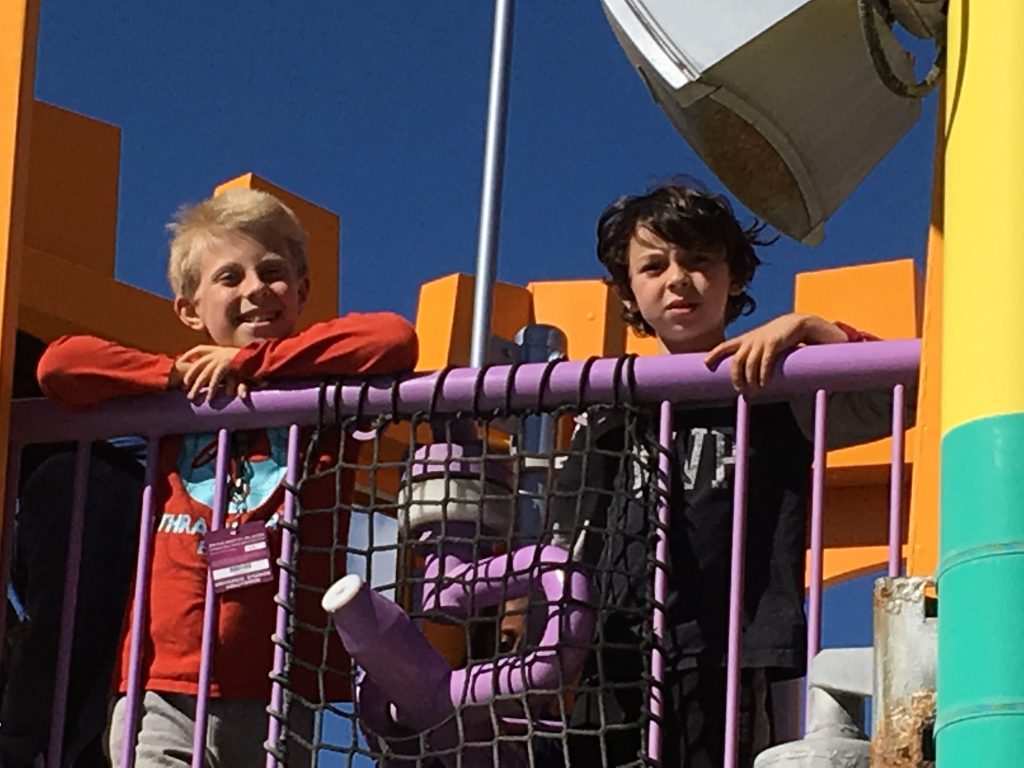 Walking all around and doing the rides and experiences made us hungry and we had planned ahead and looked at the menus of the restaurants to make sure we could eat there. 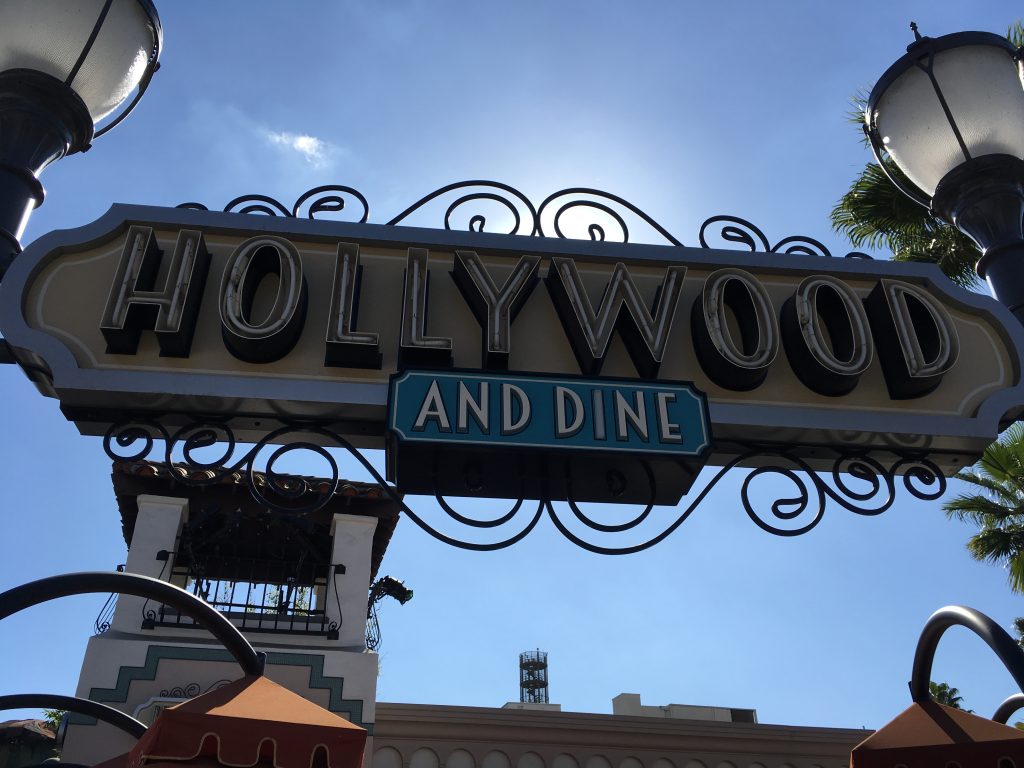 We stopped at a restaurant called Hollywood and Dine. It was a restaurant at Universal Studios and they had some options for us. They had a separate menu for gluten free items and another one for vegan food.  Me and my brother both ordered the portobello mushroom sandwich with crispy fries on the side.  My Uncle got pizza and my cousin got a different burger.  My Aunt just got herself a bag of Cheetos from another concession stand.

Me and my brother’s burgers were supposed to come with sun-dried tomato aioli.  I asked her to take it off.  I have said this before and I think it is worth saying it again… if superman’s weakness is kryptonite, sun-dried tomatoes are mine.  So there was no way I wanted that aioli on my food.

The problem was that the food wasn’t great.  I have to be honest.  I’m not sure if it was because I took off the sauce that was supposed to be on it or if it just wasn’t that good.  I mean, it wasn’t terrible but this portobello burger just didn’t have enough of the POW that burgers like this are supposed to have.  I wish they could have added another different kind of sauce to pour on top of the burger or put inside.  That would be a way to have a bit more pow.  My brother felt the same way.   At least you could get fries or a salad with it.  We got fries and that made up a bit for the boring burger.

So, here is the thing I want to say.  A lot of times when you go to amusement parks and things like that the food is really pretty terrible and usually there are not many choices if you want either healthy food or if you need to eat certain food because of allergies or your choices.  So you can’t really expect great food.  I think you just have to go to these places figuring out how you can get by.  So either bring your own food or look for something that will be just fine.  In my opinion, if you are going to Universal Studios I would suggest you pack food but if you can’t don’t be afraid to go here.  Just visit the restaurant I went to and it will be fine and that will be ok as a pretty good alternative.  Then focus on the rides and the studio tours which is really what you came here for anyway.  But I have a food blog so I wanted to make sure you knew what you were getting when you go here.