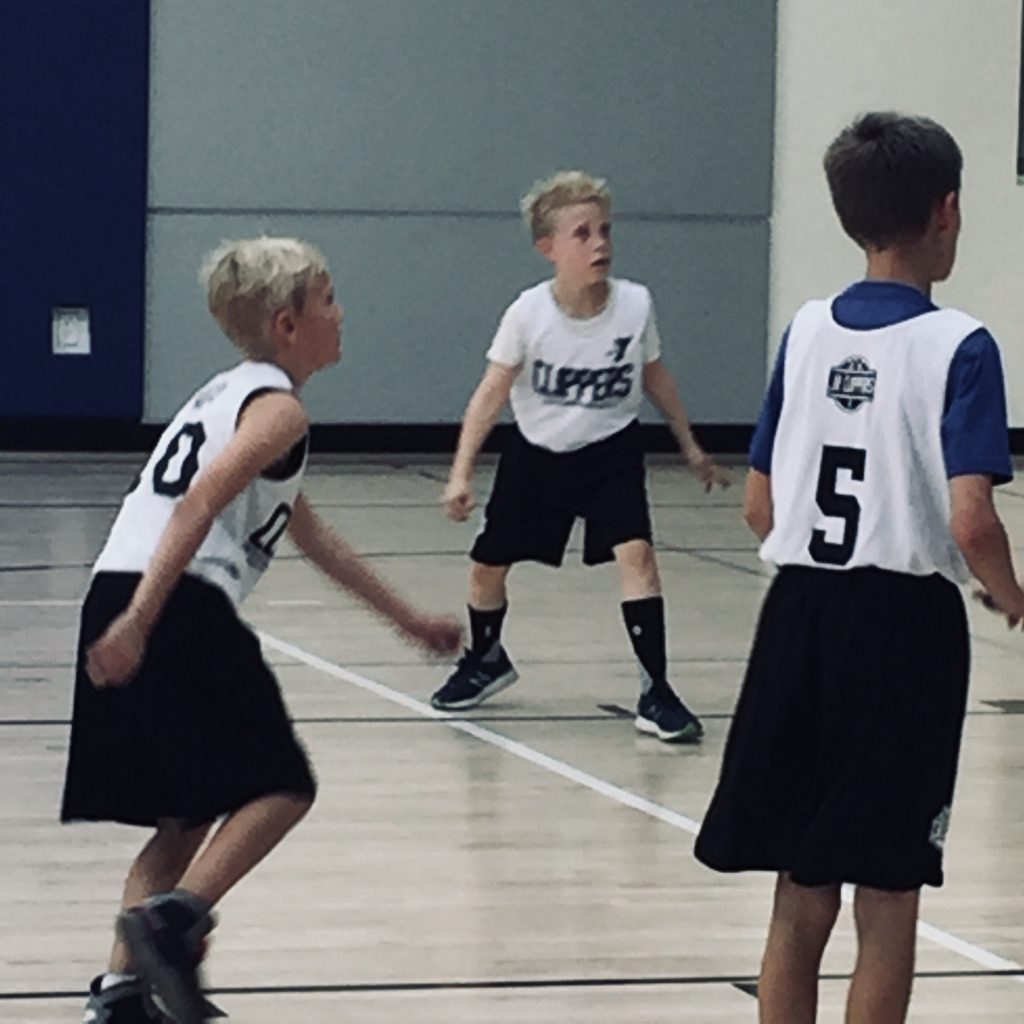 My grandparents from New York came to California for a visit first here in Los Angeles and then we are going up the coast on vacation because we don’t have school and we are seeing my cousin.  Combined we will have four dogs with us!  So this past weekend my grandparents got to go to my first basketball game in which we crushed the other team by 24 points.  It was a good game and my first game at this new YMCA.  It was fun and we were happy afterward but I felt like I was on the brink of starvation.  We found a good place to eat called Literati Cafe in West Los Angeles. 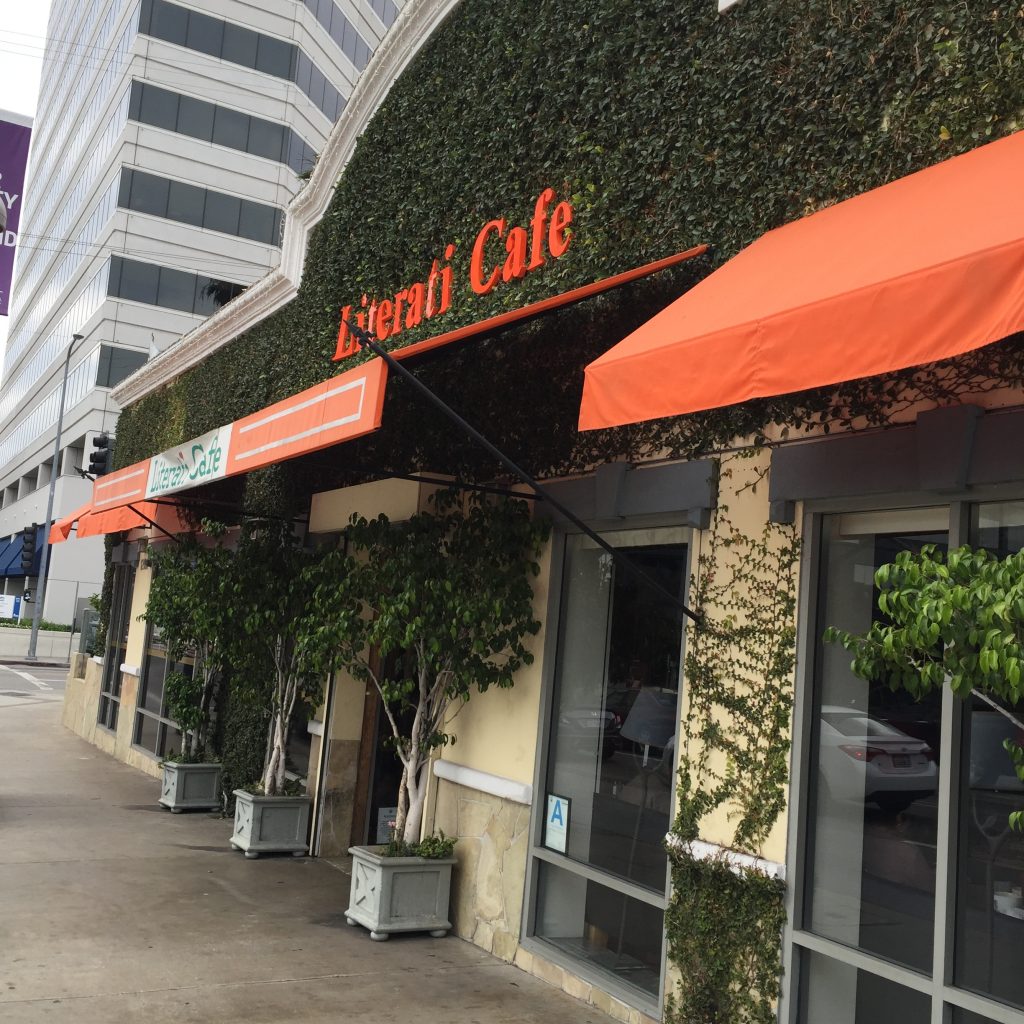 Have you ever been to a restaurant that seems to have a lot going on and you aren’t sure what it’s going to be like? There was a huge menu, a line, and lots of tables all over the place.  There were two sides to the restaurant and it wasn’t clear whether we should sit at a table or get in line and order.  I think my mom knew I would be cranky without food in me quickly so she jumped to the line to get our orders going.  We got a table and walked up to the booth at the table and I saw a TV with the Olympics on. I saw the menu and eventually decided on the breakfast tacos. Mom also ordered me a side of hash browns.   While we waited for the food to come,  we watched the Olympics. 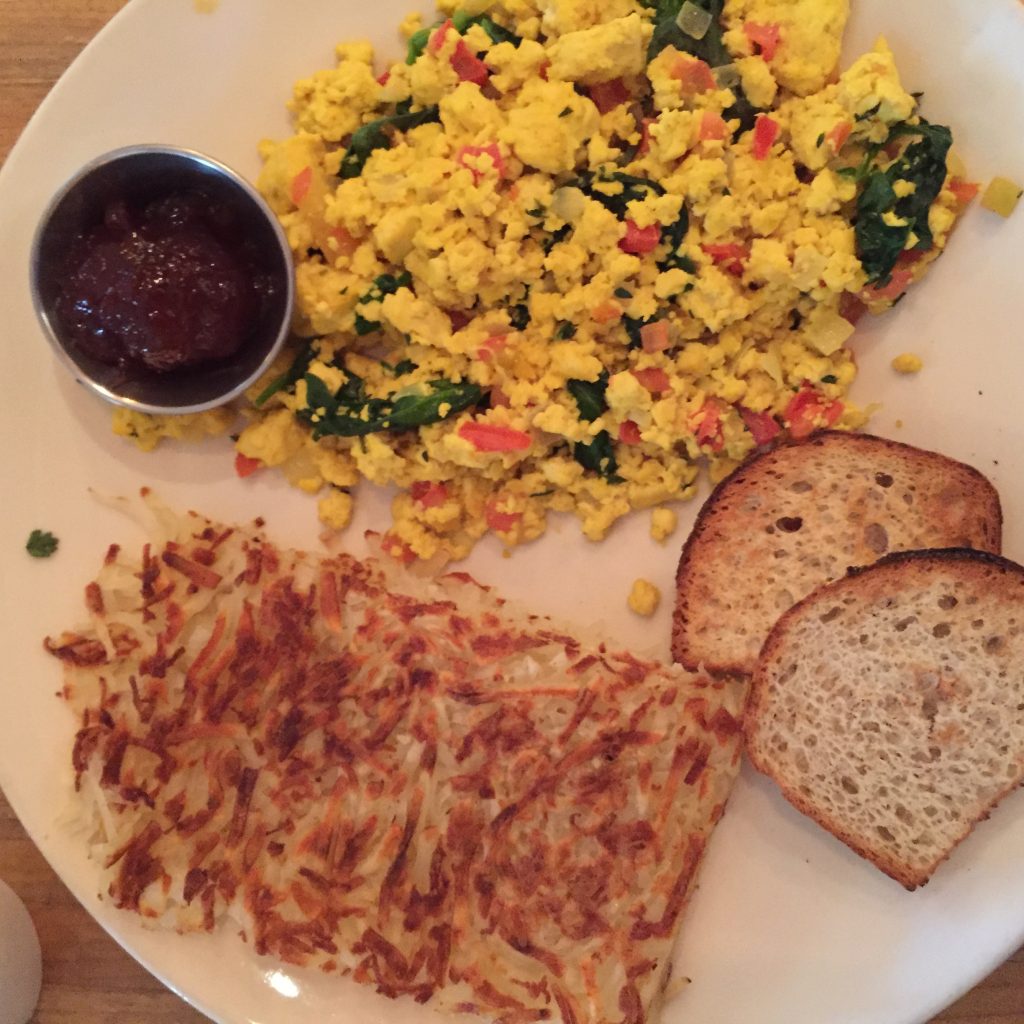 When the food came, I was excited.  I have had like a thousand breakfast tacos. Seriously, I’m not even sure that I am exaggerating.   But this one was really good.  A spice and a kick of sweetness at the end, it warmed my tummy after the tough basketball game.  The crunch of the potato hash browns were great as well with the tacos.  My brother ordered an omelet and also liked his food and my mom had a tofu scramble.  My grandparents ordered a ridiculous amount of food.  I’m not even sure what they ate but I could barely see my grandpa over his plates of food.

This was a great restaurant.   Many different people can eat here because the menu has so many options.  Wherever you are and whatever you like, this would be a good restaurant for you to consider.