If you order the right thing here you will be happy. But follow my advice.

You guys all know how much I love sports.  And in all my years of playing youth basketball, (actually only for three years, but that works itself up to about 9-10 seasons), I had never won a championship.  Or gotten a trophy that had the words League Champions on it.  I’ve gotten a good amount of trophies with second place or third place teams, or leagues that give out trophies to everyone.  Last year I made the championship game but without our best player and leading scorer, we lost by thirteen.  This year I got drafted by the same coach, who I really like, with basically the same players, except the best player and leading scorer from last year so we were hungry for redemption.  We also added a shooter to our team.  We finished the regular season having lost only one game, and cruised through the quarter final matchup and the closest the game got was 12 points.  In the semifinals, I was sick and didn’t make it to the game but I heard that we had made a three pointer to tie the game with a few seconds left, then we got a steal and a score. 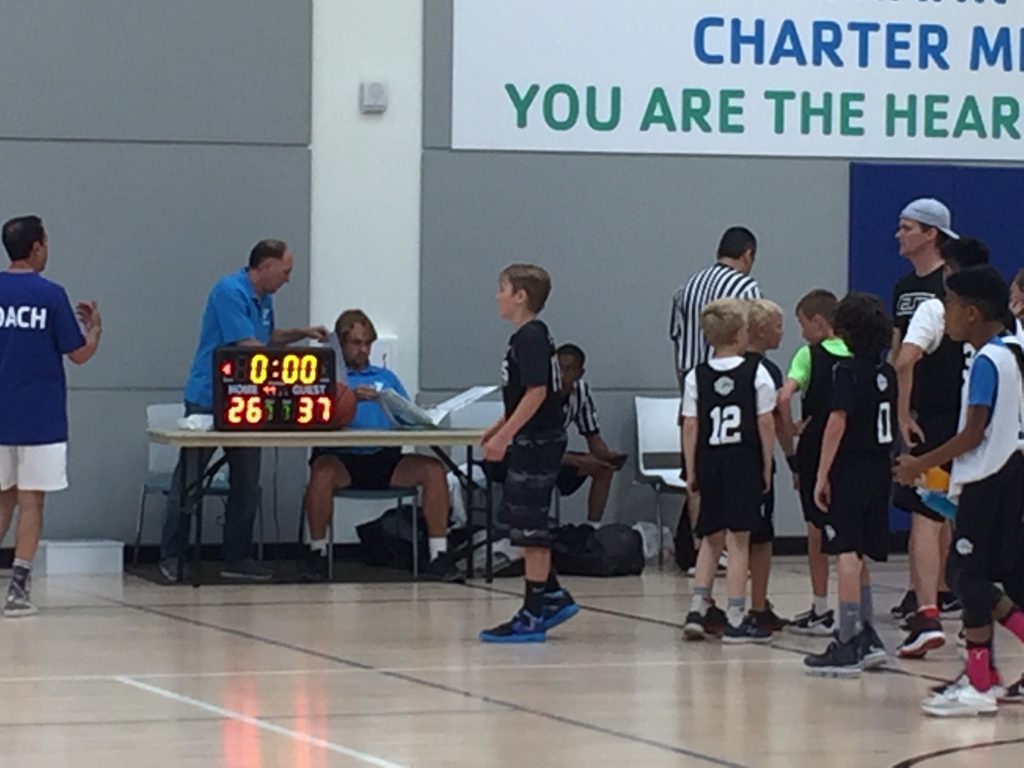 We went into the final game against the same team we played last year.  Same coach, pretty much same players, and same tactics.  They hadn’t lost a game all year and were still really good.  the first half was a low scoring, ugly first half.  I was responsible for 6 of my team’s 13 we scored in the first half.  I scored once and made two assists including one with two seconds left in the first half.  It was tied but in the second half we broke away and won the game.  Yaaahhhooooo!  We won! We won!  We won!  It was an amazing game so I asked my mom if we could go out to lunch. 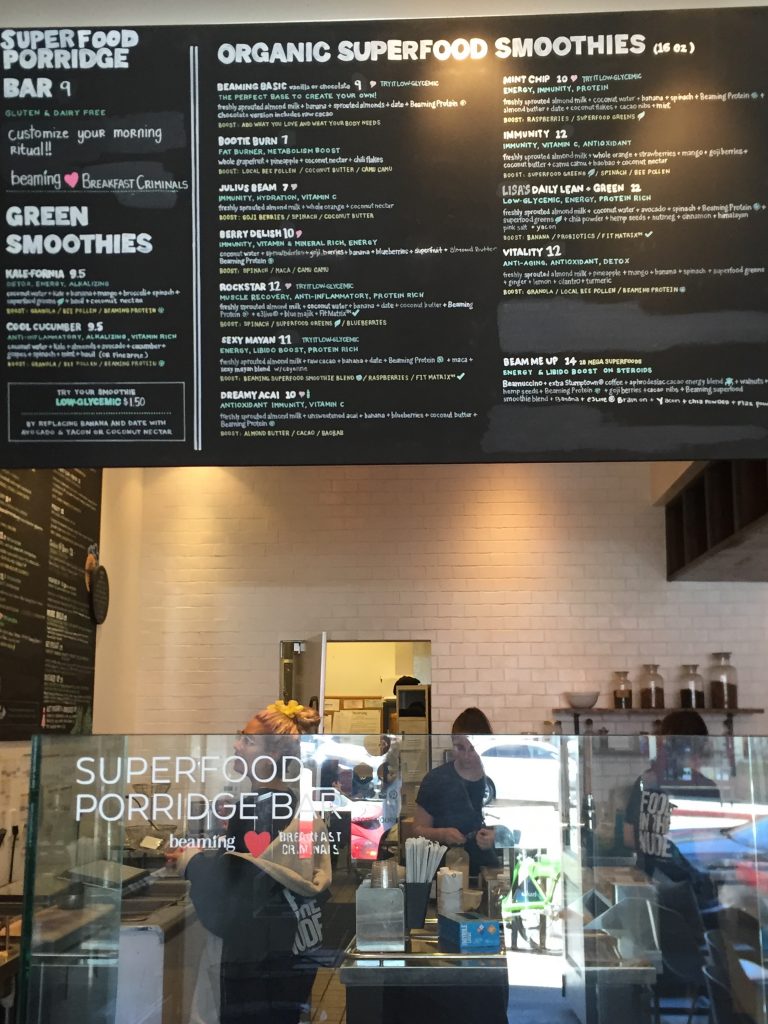 We decided go to this little place called Beaming that was recommended to us by someone on the online site Next-door.  When we got there, I looked up at them menu.  There were lots of good smoothies to choose from with açaí bowls and all this good stuff.  I ordered a coconut seaweed vegetable wrap with a sweet peanut dipping sauce.  And let me just say, it was not what I hoped it would taste like.  I won’t even describe the taste because my description won’t make you at all happy and might even make you feel sick. 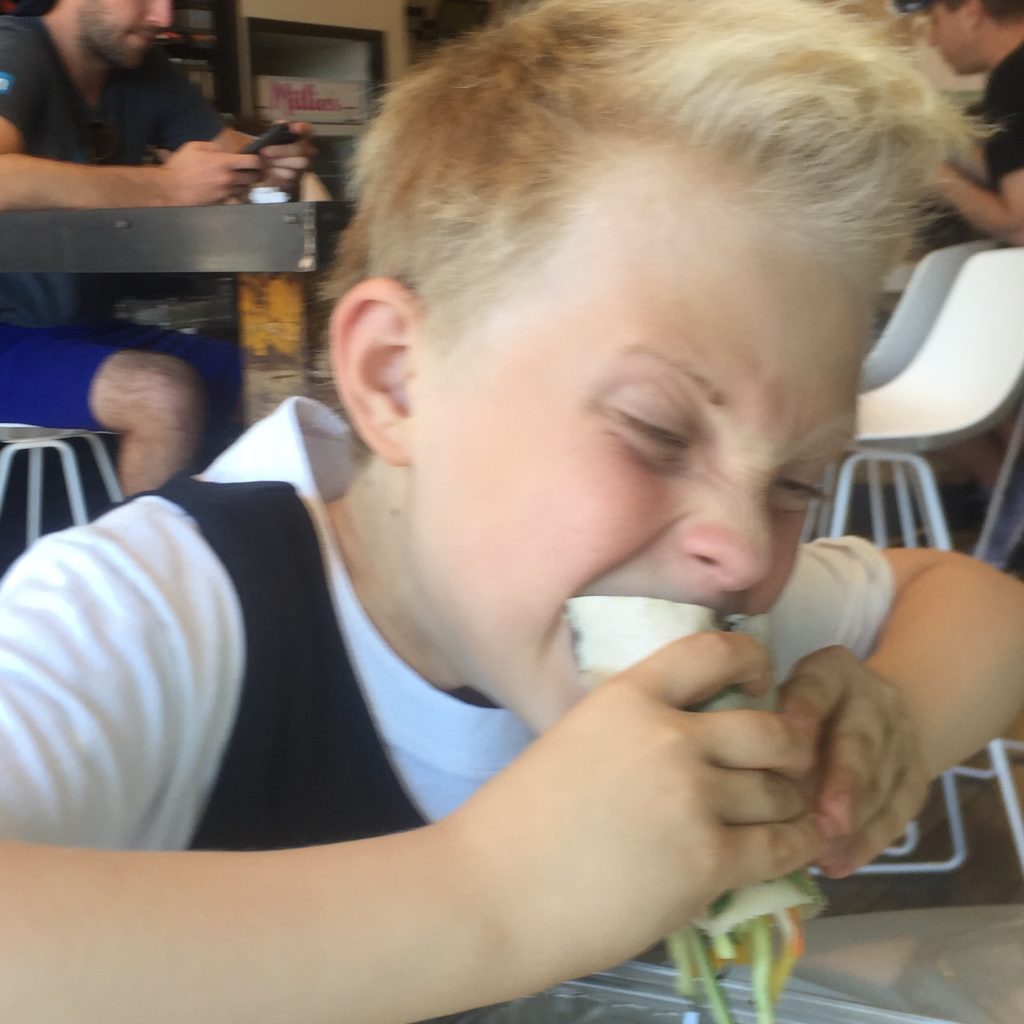 Okay, maybe that’s a little over exaggerating, but it was really bad.  However my mom and brother ordered açaí and pitaya bowls, and they were delicious. Sweet and crunchy, nice and savory, these sweet lunches were great.  It seems to me like the smoothies and bowls are what everyone is going here for. 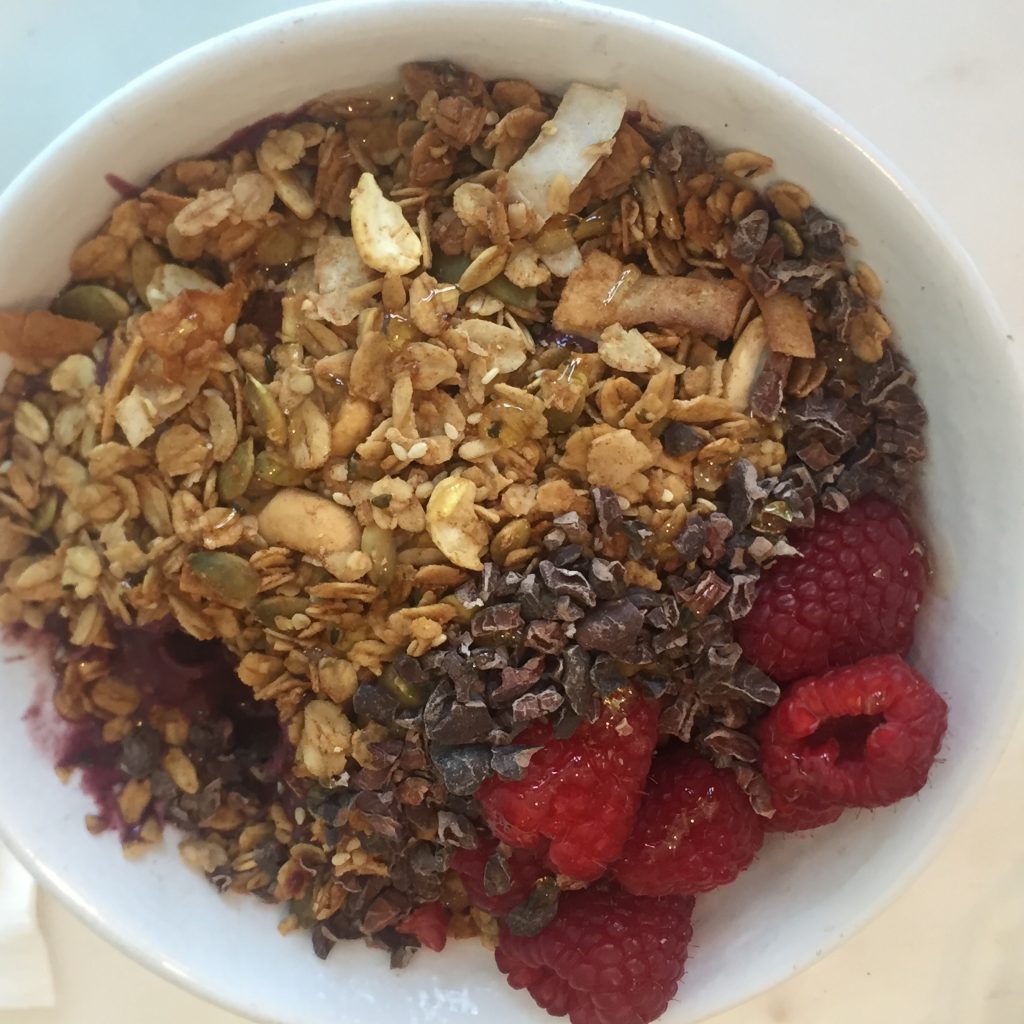 So, if you’re going to Beaming, I would recommend that you make sure you want something sweet, because not only were there these amazing bowls, but they had a table full of gourmet desserts.  Everything is gluten free, dairy free, and organic, so there are lots of choices for you if you have allergies or you want a healthy meal.  Enjoy! 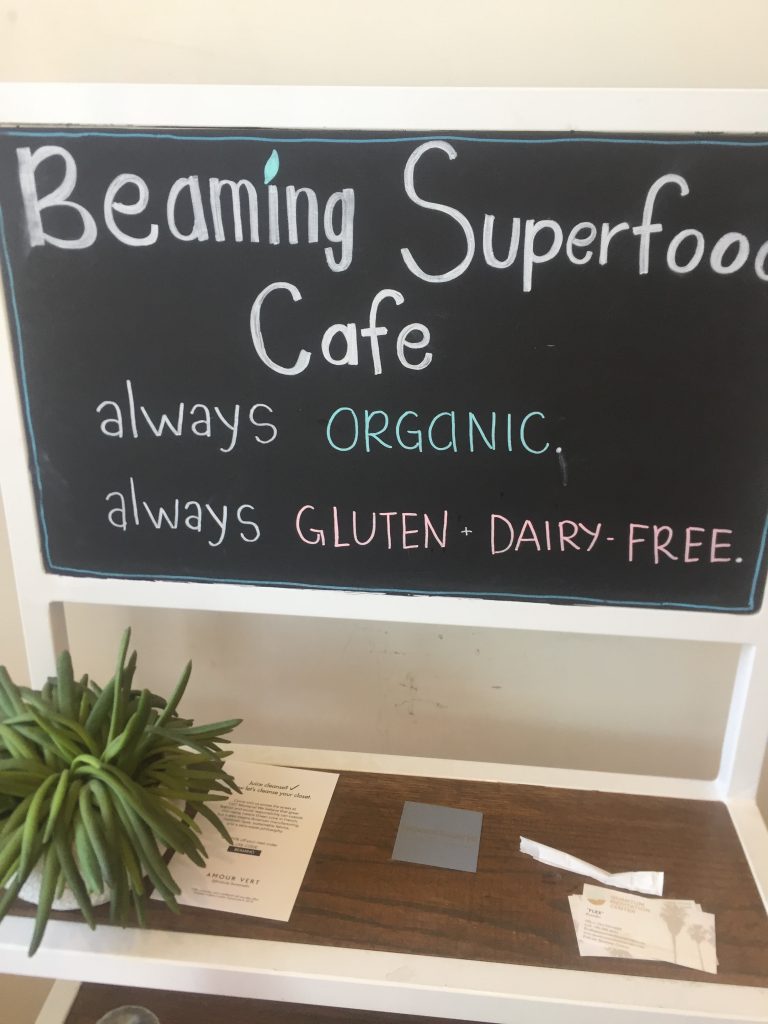