Lemonade stands are very popular for weekend days for people in warmer climates like here in Southern California.  I heard that the average amount people make at one is about 20-30 dollars over the course of 2-4 hours.  However, we wanted our lemonade stand to be much bigger than that.  100% of the profits were going to benefit the survival of the white rhino’s.  There are two left in the world, both females, and we were going to donate all of our money to save them from extinction and save other rhinos from poaching.  This was my brother Henry’s idea because he really cares a lot about wildlife conservation.  We had a really, really big goal. We wanted to make $1,000 at our stand! 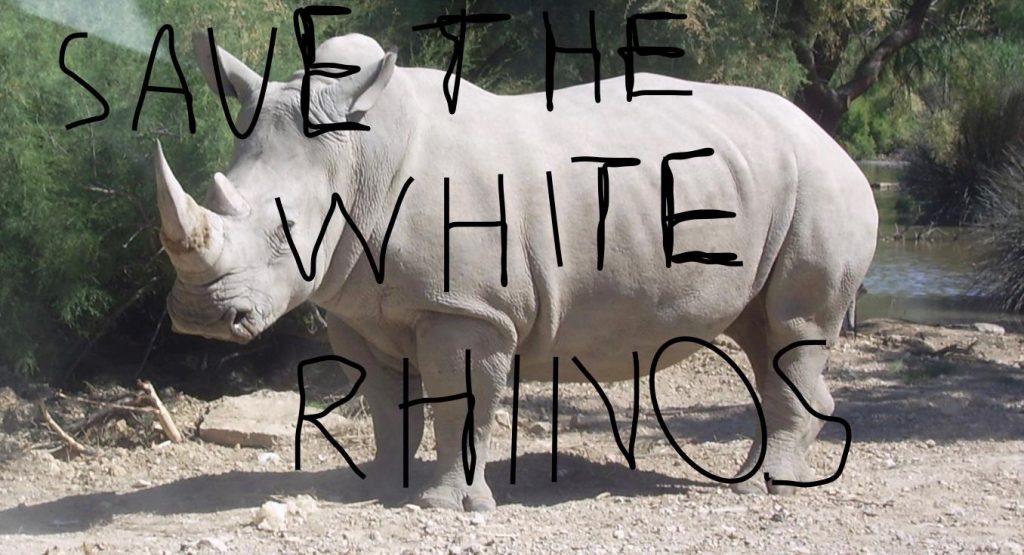 Because of my blog, and because we donated all of our profits to charity, we were able to get some local businesses that we love to donate drinks and baked goods to our charity fundraiser.  Marmalade donated mini muffins, Kye’s donated both cookies and their black bean brownies, Tocaya donated all the lemonade and in fact gave us two different kinds of lemonade, Sweet Lady Jane donated two beautiful cakes, The Butcher’s Daughter and Madame Shugah donated yummy cookies, Made in Nature donated snack packs for on the go, and there were also some delicious plant based herbal tonics from GoldThread.  There was a ton of stuff!  Oh yeah, and we also sold organic lemons that we picked from mom’s friend Billie’s house.  Finally we took straight donations (which lots of people did) and we also had a giveaway which was a basket of goodies that Enjoy Life donated to a winner and coupons for free cookies from Cybele’s Free to Eat! 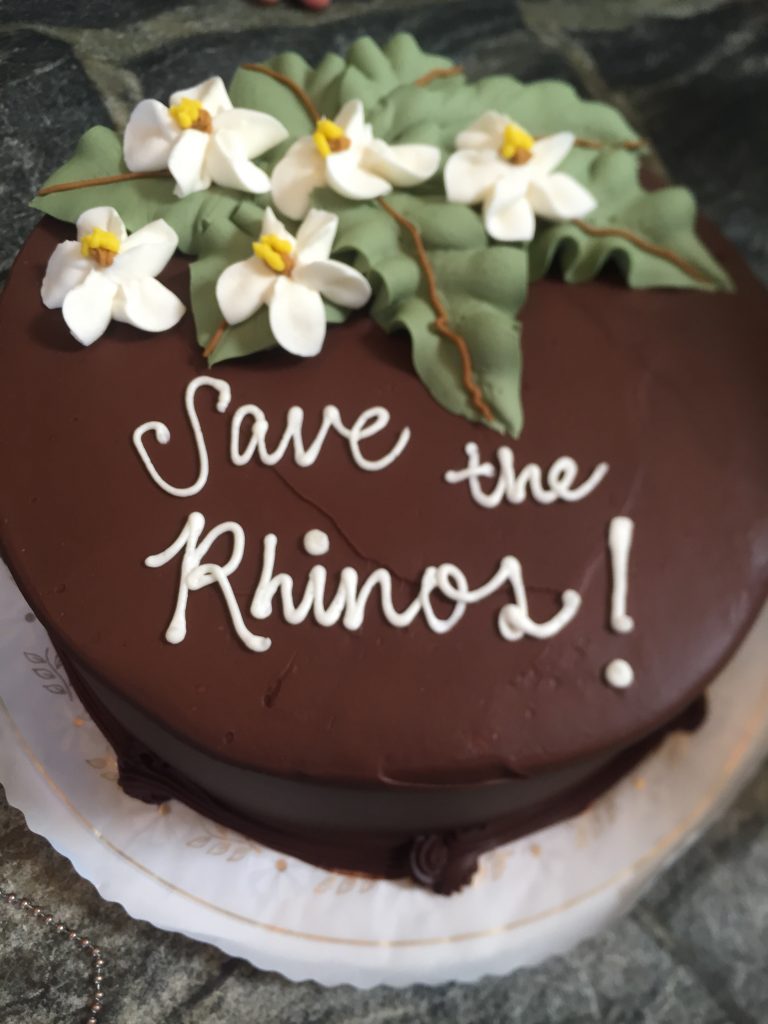 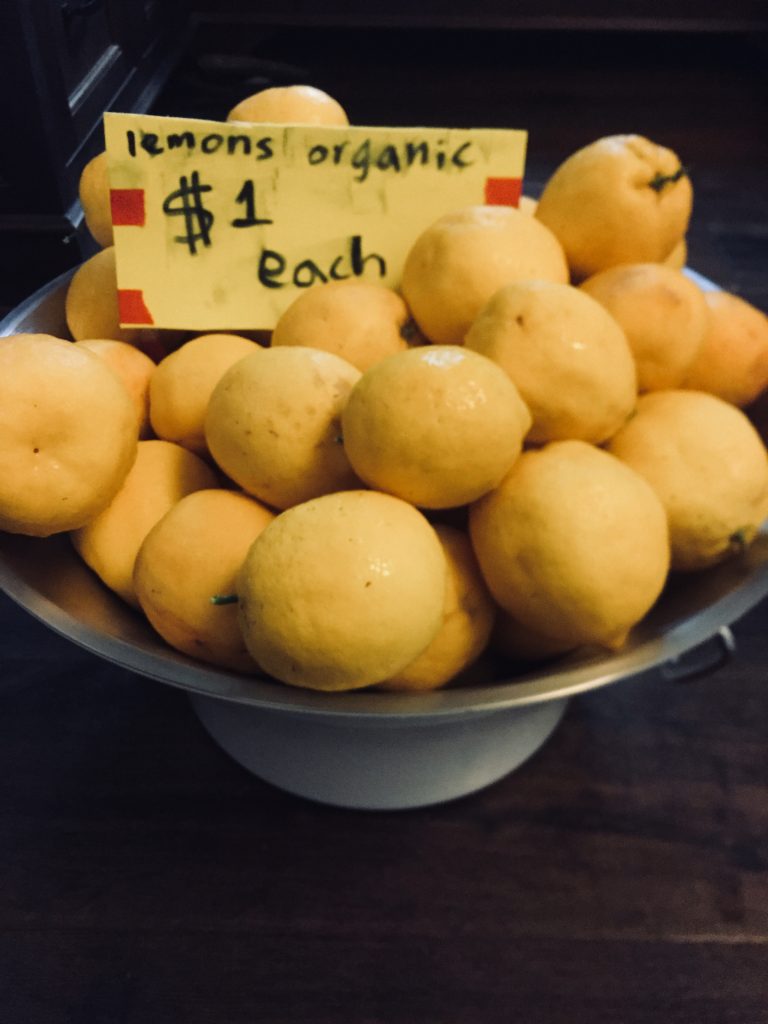 We took the lemonade stand that mom’s friend Lis made, and used it for our stand. This stand is beyond what you would believe because it was made from reclaimed wood and even had a shelf underneath to store things.  Her daughter, Francis also goes to our school.  Francis is only 6 years old.  We got everything in the car and it was so packed!  We were barely able to fit everything in the car and it was so crammed I was literally sitting on top of one thing and there were others surrounding me on both sides.  When we got there, my mom set up our stand and stuff while I stayed back with the rest of the things to make sure they didn’t get stolen.  We got everything out of the car and set up – and then we noticed another lemonade stand across the street.

Their lemonade stand was really small and didn’t have signs and I felt really bad for them because I think we were stealing business from them.  We didn’t mean to, it’s just that we had so much to offer and also our stand was all for charity.  Also our stand had tons of vegan and gluten free treats so we could appeal to lots of people.  Also we had really nice signs with lots of information about the organization, WildAid, that we were donating too and Henry knew a lot about the Rhinos so he was able to tell people good information. 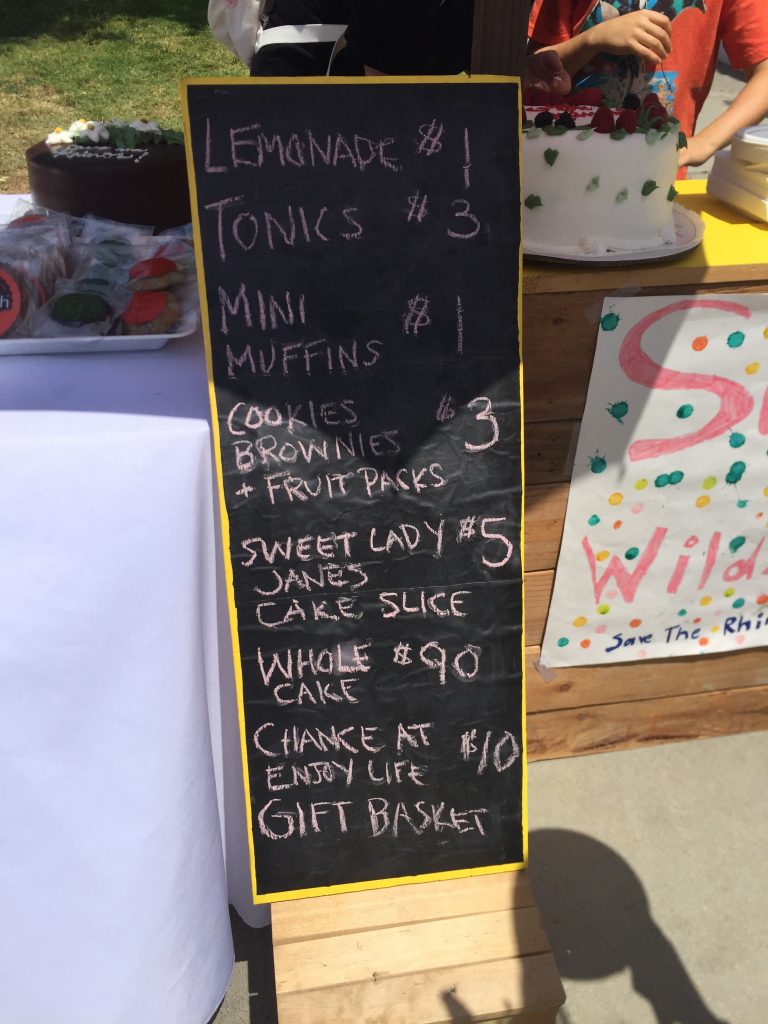 The people from Tocaya not only donated the lemonade, they actually brought it to the street corner and helped set it up!  Not surprisingly, the lemonade was really popular on such a hot day and people really liked that it was kind of gourmet lemonade like Cucumber Mint flavor. People also had a hard time deciding which baked goods to buy because it all looked so delicious.  We had a lot of fun and mom even said she would buy me and Henry something so I took a cookie and a glass of lemonade.  My mom also got a kyerito for me from Kyes after a few hours outside working so that we weren’t just having sugar and that we had something good and healthy for lunch. 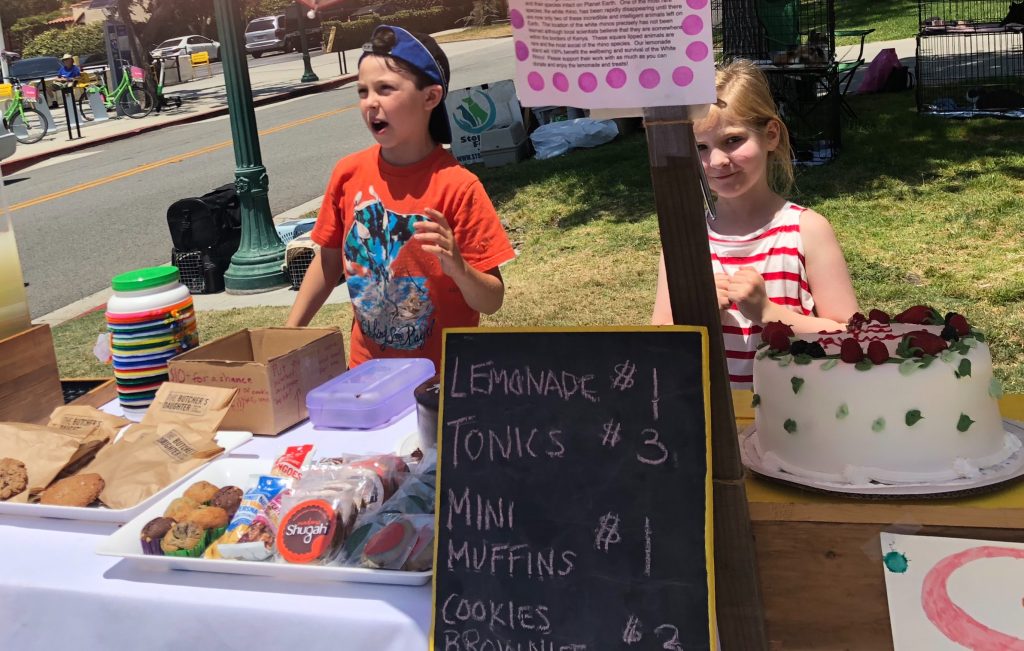 So here are a few tips for a successful charity lemonade stand:

Go into local businesses and ask for donations.

Make signs with lots of color.