This Japanese food is the best kept secret in town 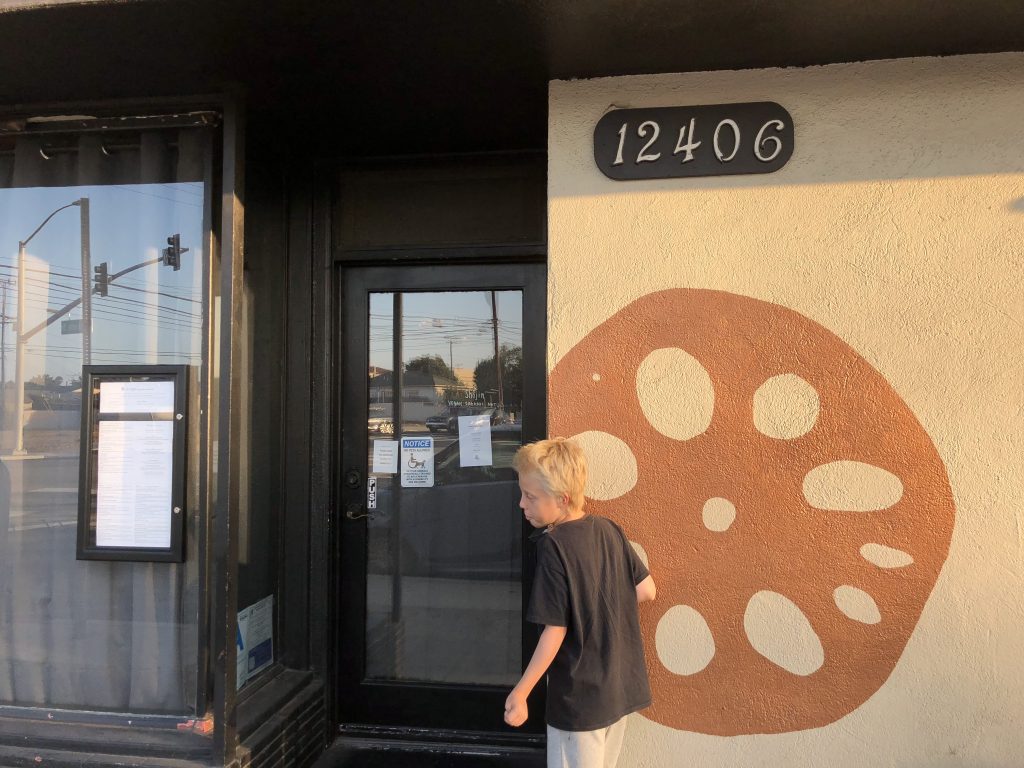 I don’t eat Asian food as often as I do some other cuisines. I’m not sure why.  I had eaten Mexican for lunch so we did not got out to Mexican for dinner; instead we went to Shojin.  Shojin is a restaurant on Washington Boulevard in Culver City.  My mom has been to Shojin before, and she told me that Shojin had beautiful presentation on their plates and even better food.  So I was excited to try Shojin for dinner. 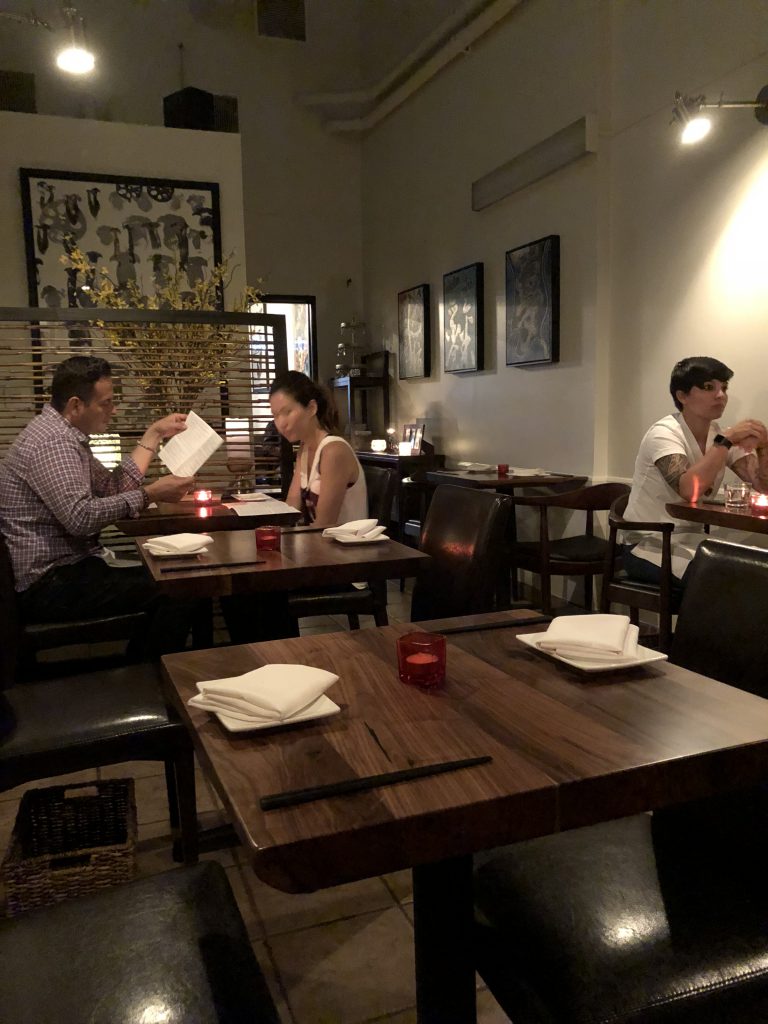 When we got there I saw that there was no name on the outside of the restaurant.  I was joking with mom that it was a little like a secret society since it didn’t have a name and also you couldn’t see in any windows.  When we walked in it was pretty dark and lit by candles at each table.  There were also curtains on the outside so you couldn’t see out.  I could tell it was a very FANCY restaurant because the waitress came over and put my napkin on my lap for me.  That has hardly ever happened to me.  When our water had been poured, we took a look at the menu.  Everything on the menu is vegan and gluten free so I could order anything without asking for a change.  Me and mom eventually decided to order some gyozo which are vegetable potstickers, a Caesar salad, and the Crunchy Tiger sushi rolls. 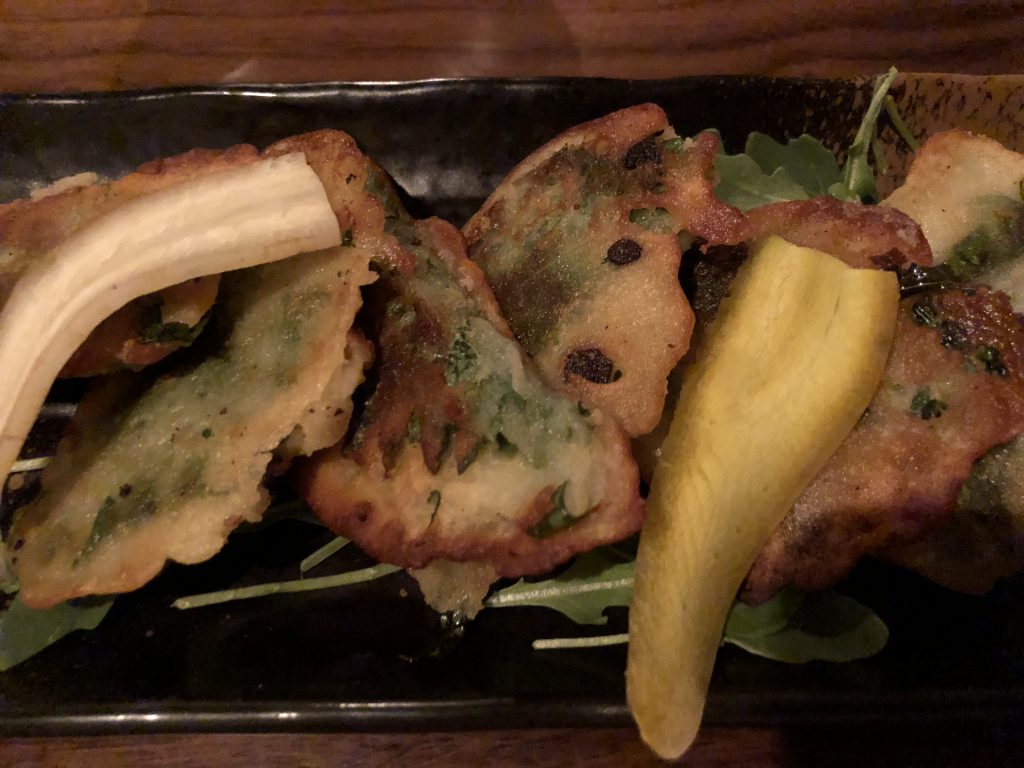 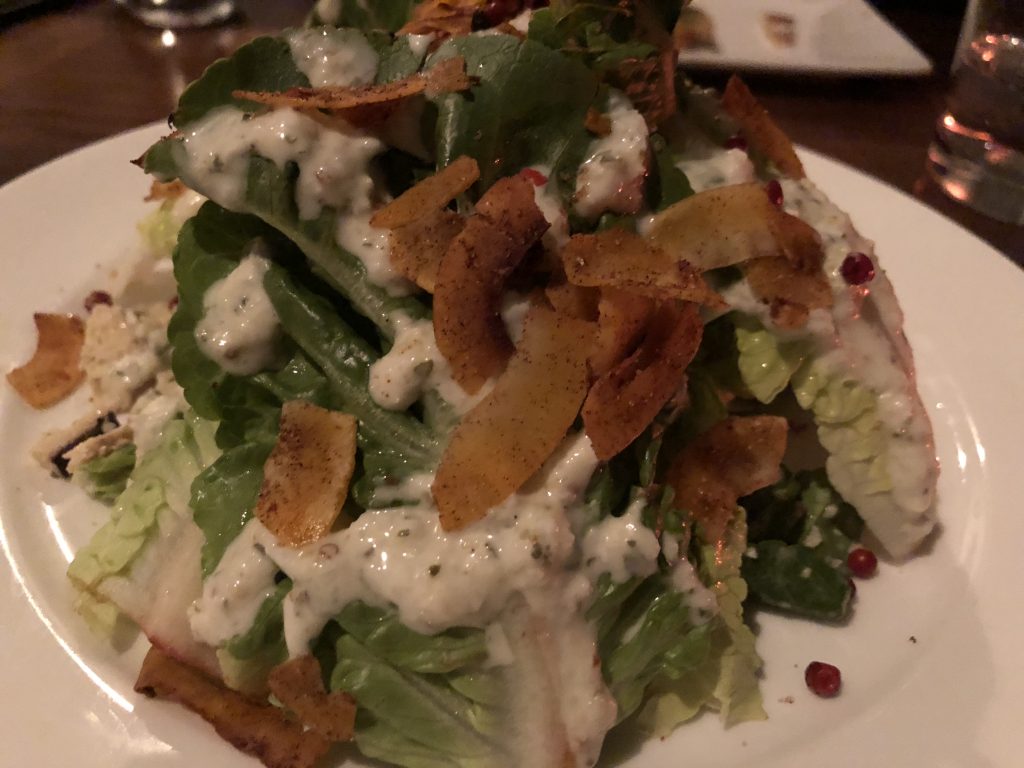 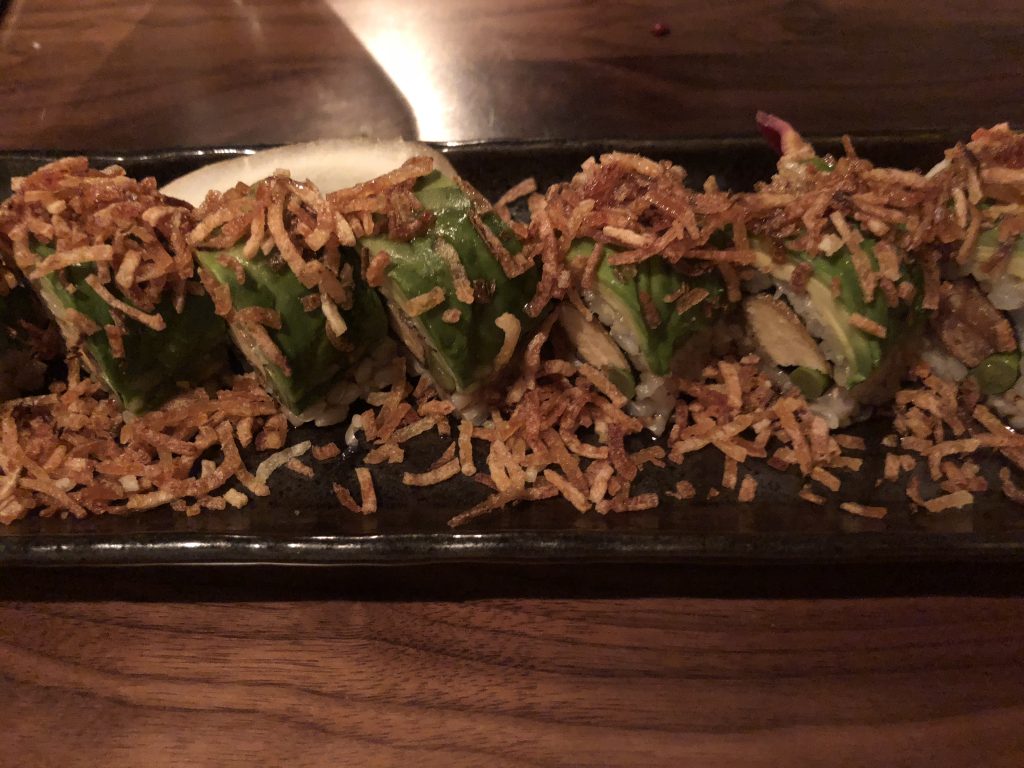 When the waitress came to deliver our gyozo, I asked her if I could order the strawberry milk, which was one of their non alcoholic beverages on the menu.  The gyozo was really so good.  When you put it into your mouth its was kind of soft but not too salty or tangy and it was crunchy on the outside and soft on the inside.  Then my strawberry milk came.  That tasted like a smoothie and I enjoyed it immensely. Next came the Caesar salad with the bacon bits on top.  It would have been great except the dressing wasn’t really what I like. 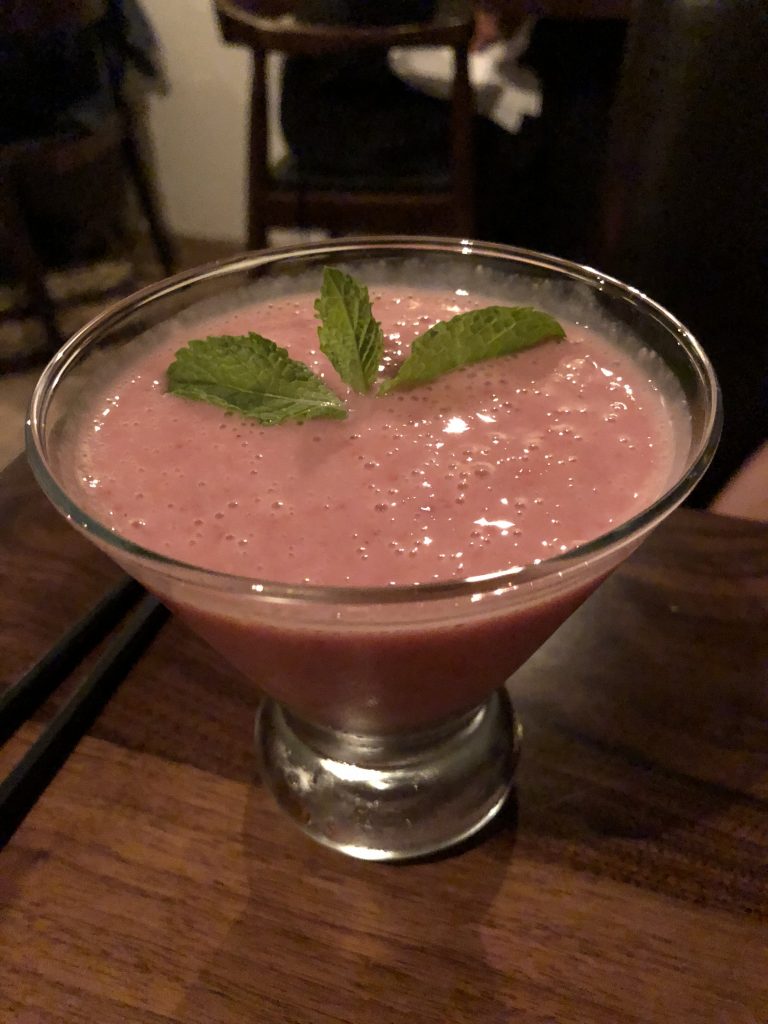 THIIS LAST DISH I WANT TO TELL YOU ABOUT DESERVES A WHOLE PARAGRAPH AND CAPITAL LETTERS THROUGHOUT THE WHOLE THING.  THE CRUNCHY TIGER SUSHI ROLLS CAME WITH CRUNCHY POTATOES ON TOP, CREAMY AVOCADO IN THE MIDDLE, AND THE NORMAL RICE AND SEAWEED COMBINATION ON THE OUTSIDE.  LET ME JUST TELL YOU, IF YOU COME TO SHOJIN AND ORDER THE CRUNCHY TIGER SUSHI ROLLS LIKE WE DID, IT WILL BE ONE OF THE BEST THINGS YOU WILL EVER HAVE EATEN IN YOUR WHOLE LIFE.  IT WAS THAT GOOD.  THERE WERE SOME EXTRA CRUNCHY POTATOES ON THE SIDE; I ATE THEM AND WHILE THEY WERE GOOD THEY WEREN’T AS GOOD AS WHEN THEY WERE EATEN WITH THE ROLL. IT WAS THE COMBINATION THAT MADE EVERYTHING SO GOOD.ALSO, THIS ROLL WAS HUGE.  THAT JUST MEANS THAT YOU COULD EAT THIS INCREDIBLE DISH AND BE TOTALLY SATISFIED BECAUSE YOU WILL BE FULL AND FULL OF HAPPINESS. 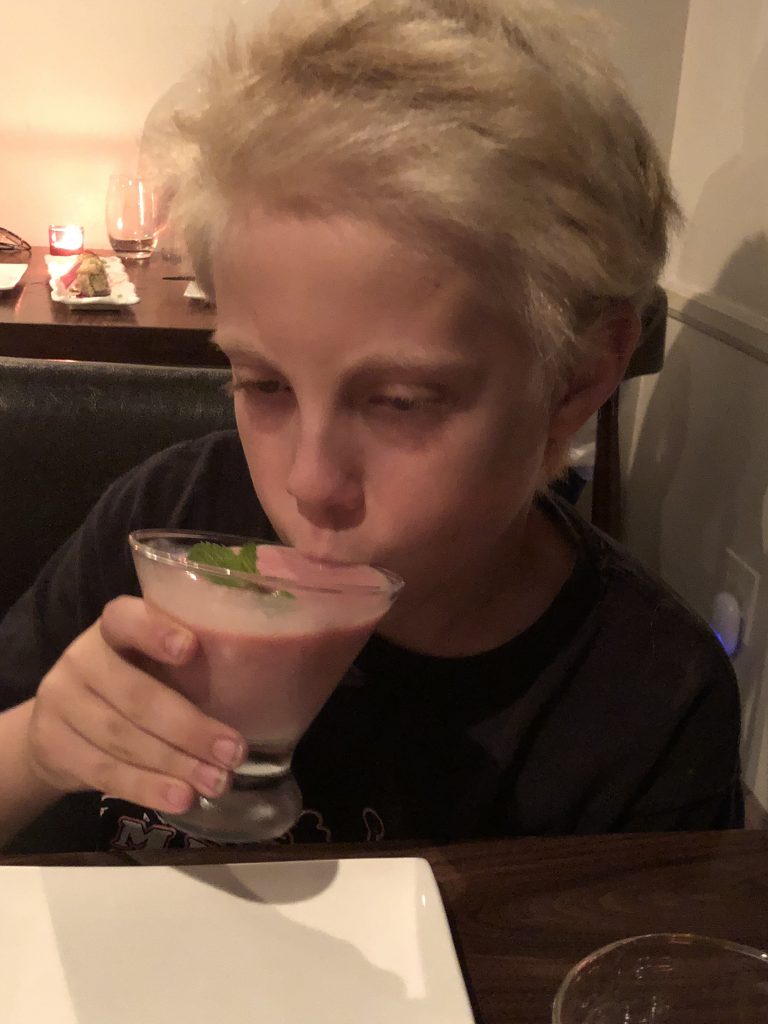