Everyone’s favorite part about birthdays is cake, right!?  This past weekend it was my brother’s birthday party and we had it at an escape room in Los Angeles. In case you don’t know what an escape room is it is a room with no windows and a certain theme.  They lock the door so you can’t get out and your goal is to find clues that will lead you to the clue or key that will get you out of the room.  It’s really fun once you get the hang of it.  So anyway, that’s what my brother wanted to do for his birthday party and we went to the place.  We got a party package, which means we did an escape room and then had cake and played games and stuff.  It was actually really fun.  I also recommend an escape room to any of you who have kids.  At this party we also had a game master who gives you clues and helps you out and stuff in there if you want. 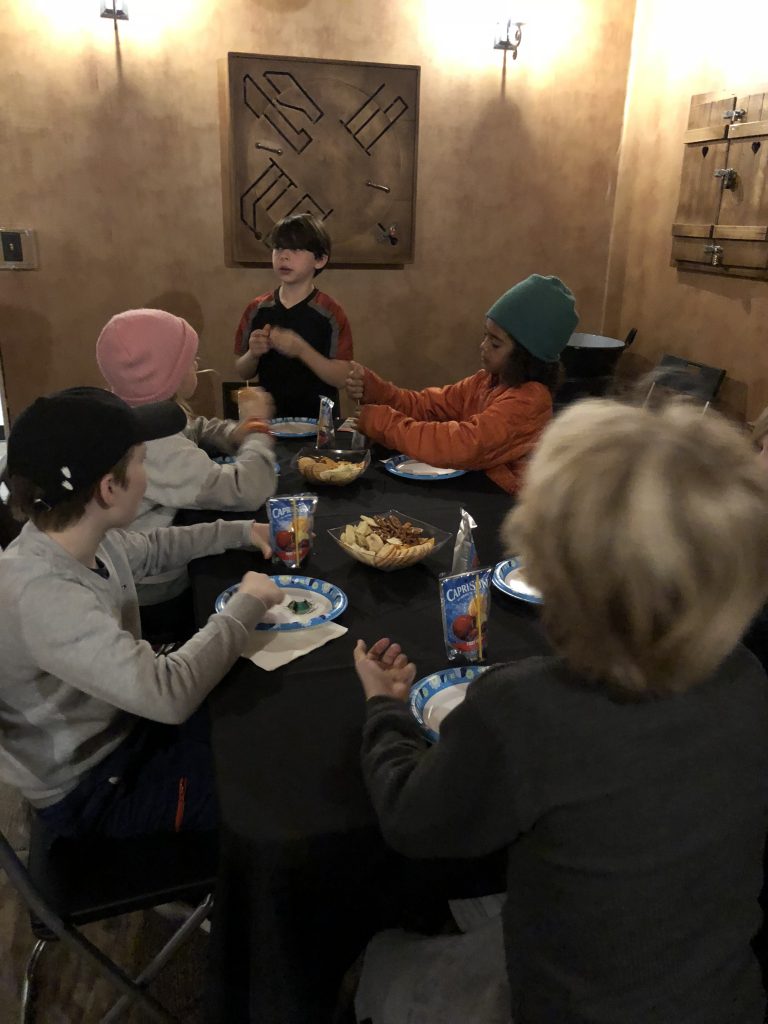 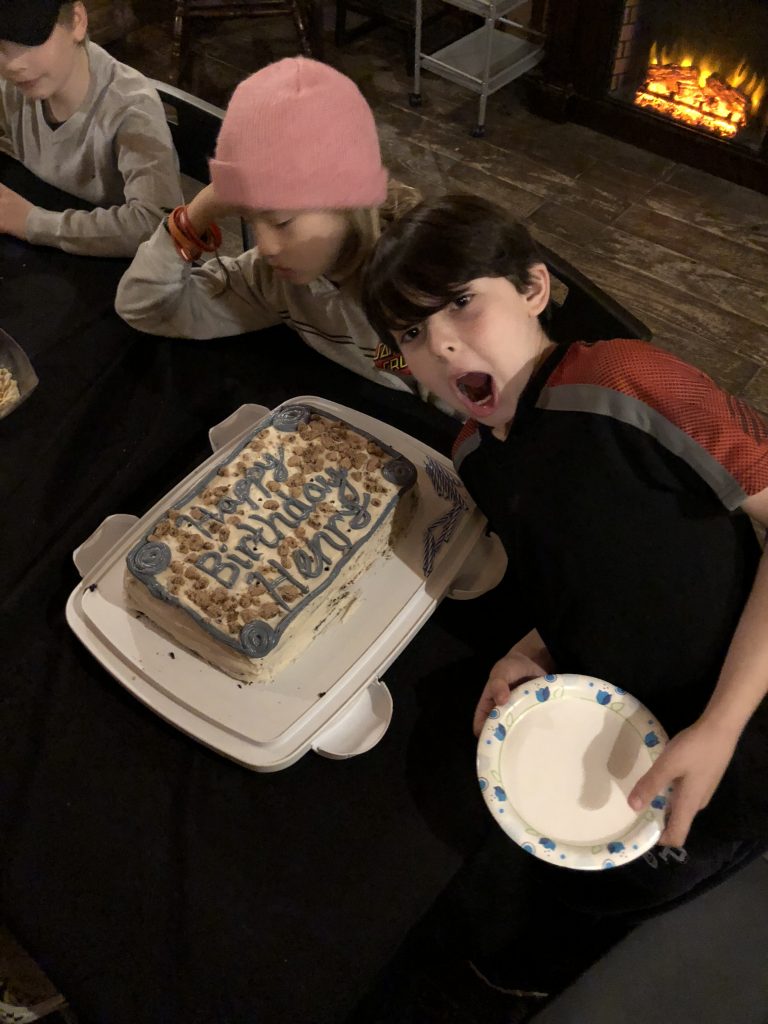 After we escaped successfully we went back into the escape room where they set up a table and chairs and we did some games kind of like versions of hot potato, trivia about my brother and other games.  The we had the cake.  My brother had specially requested a double layer chocolate cake with raspberry jam in the middle and covered with vanilla frosting and cookie crumbles on top.  My mom made this cake both gluten free and vegan and I told her when I saw it that she had perfect presentation!  That made her happy.  What about the taste? It was sooooooo rich and filing.  I ate a couple of bites and felt as if I had eaten an entire dish of food that could feed eight people.  Everyone else really liked the cake too.

My brother’s birthday was a success and I would totally come back to the escape room again.  But you probably want to know exactly how to make this cake and what products my mom used so you can make your own version.  Go for it – I do not think you will be disappointed.  But I do think you will be chocolatey-full.

To make this cake pick up the products my mom used and just follow the cake recipe on the back of Pamela’s cake mix.  Same thing for making the frosting.  Then assemble the whole thing!  Take a look.

Make the cake in two layers and let it cool and then when it is cool, spread a nice layer of jam between them. 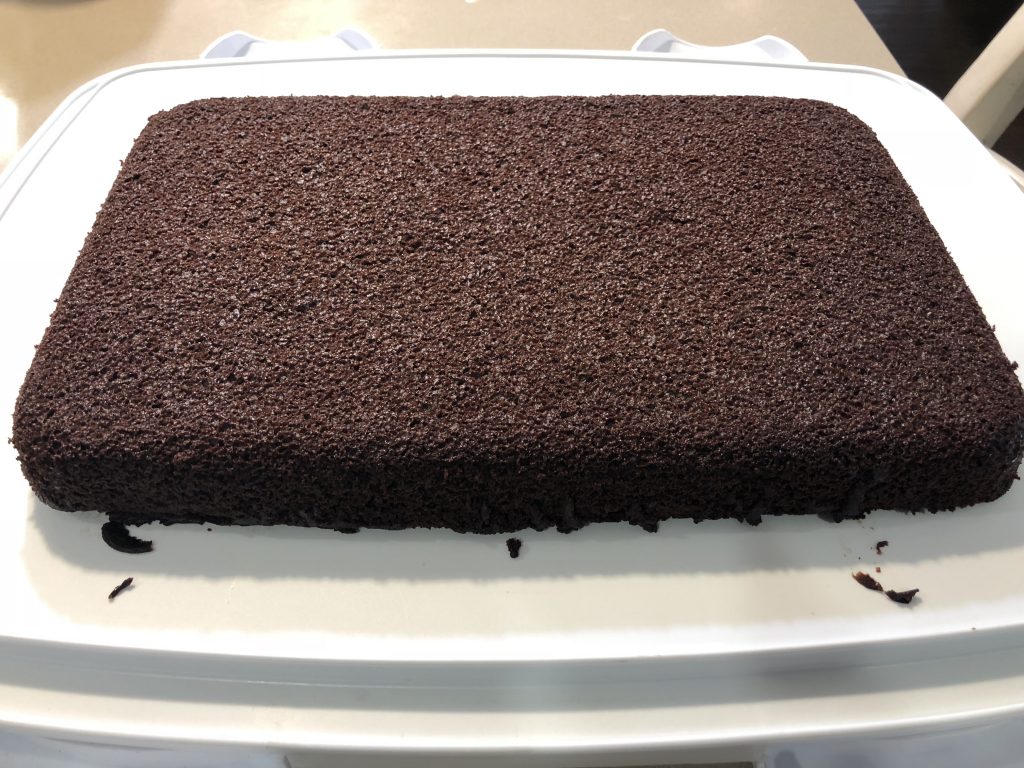 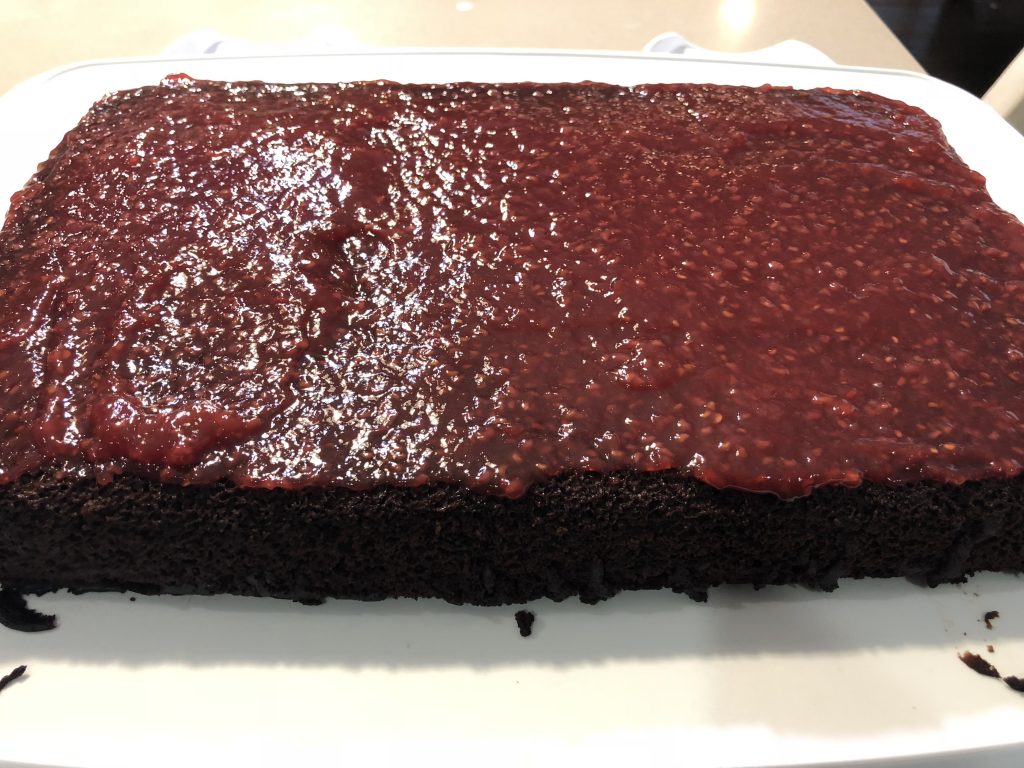 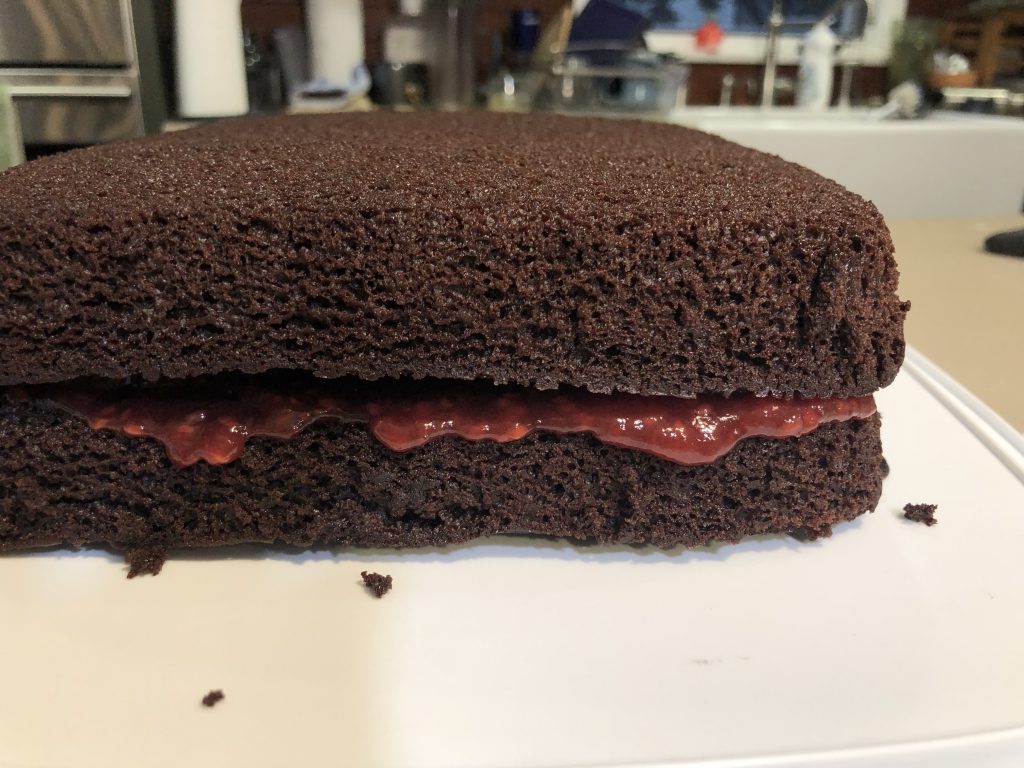 After you have gotten this far it is time to frost the cake and decorate it however you want.  My mom saved some of the vanilla frosting to make it blue so that she could decorate it like this: 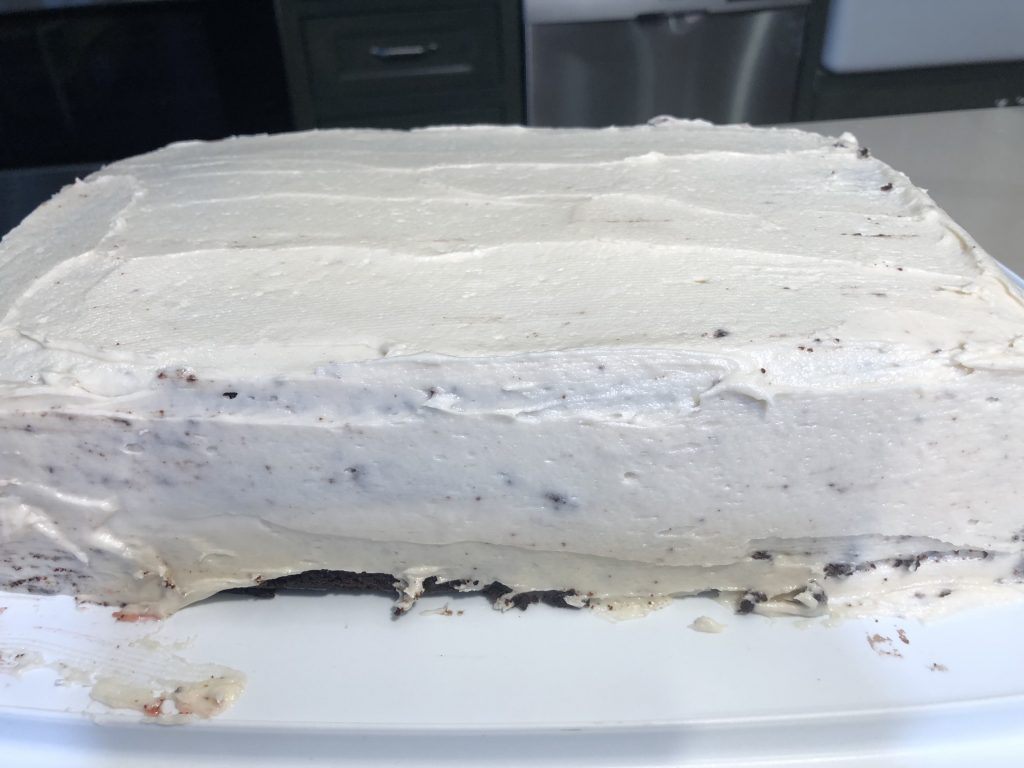 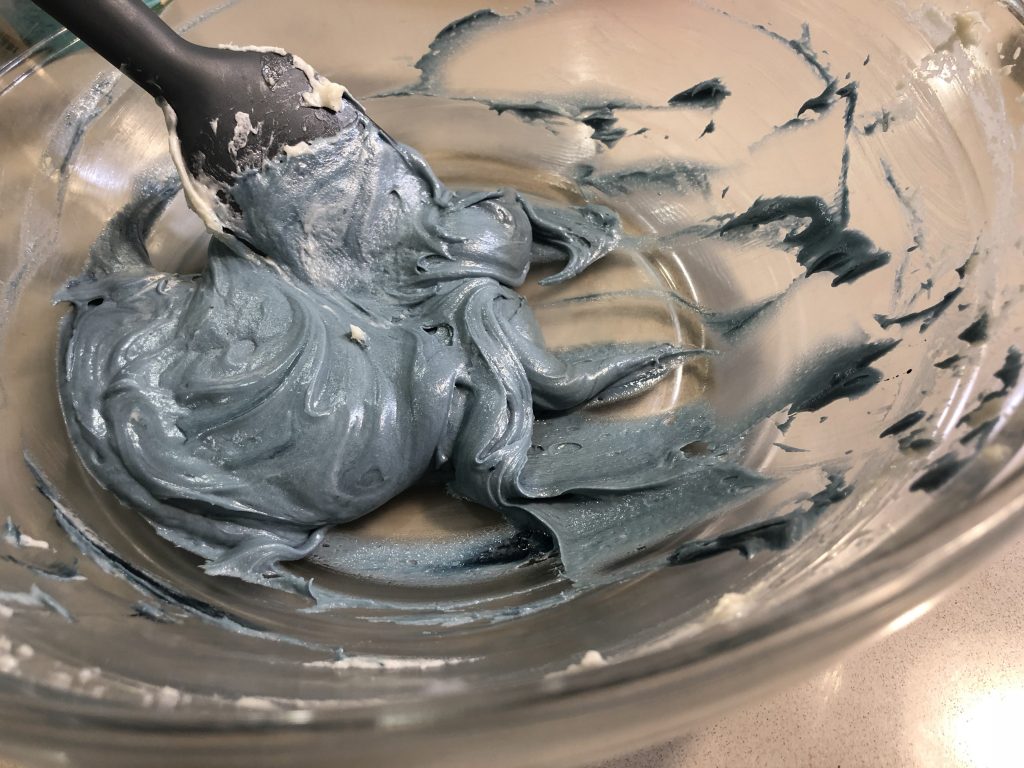 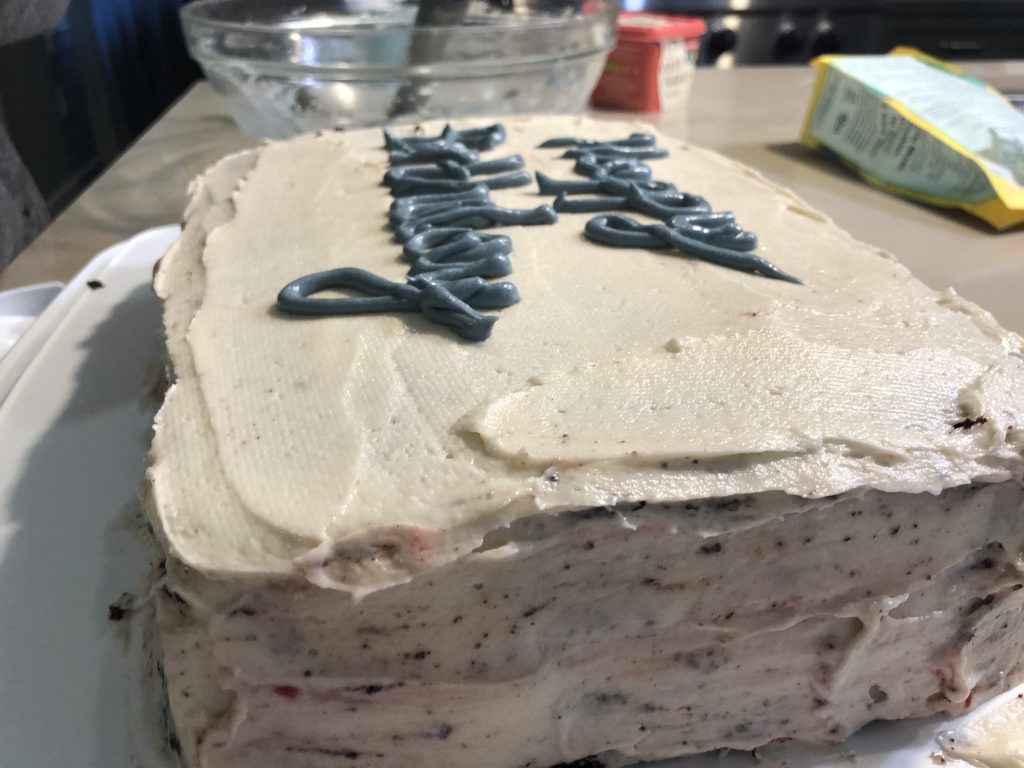 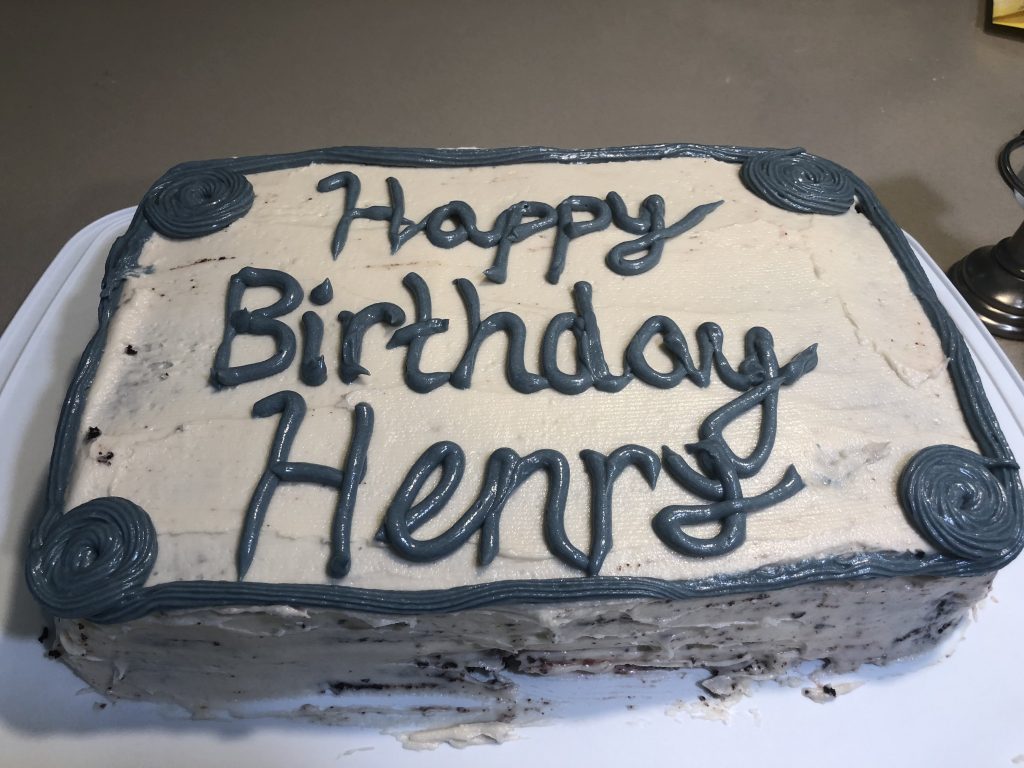 Once the cake was frosted my mom took the cookies and smashed them up into crumbs to sprinkle on top as the crunchy cookie topping. Enjoy!!! 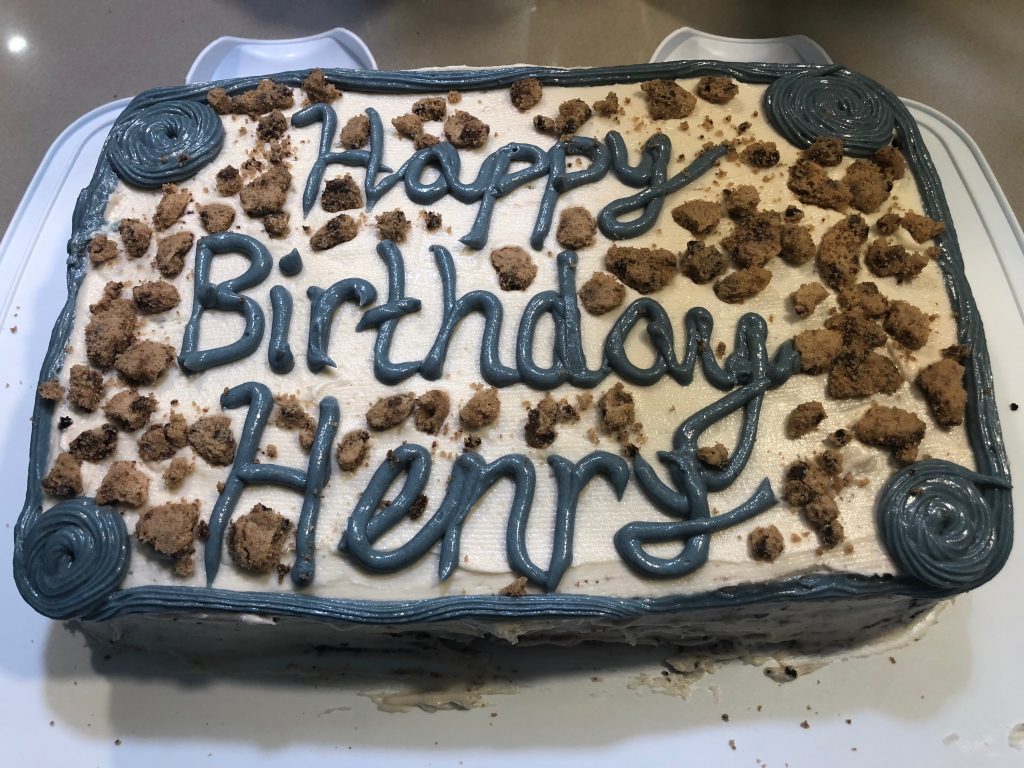