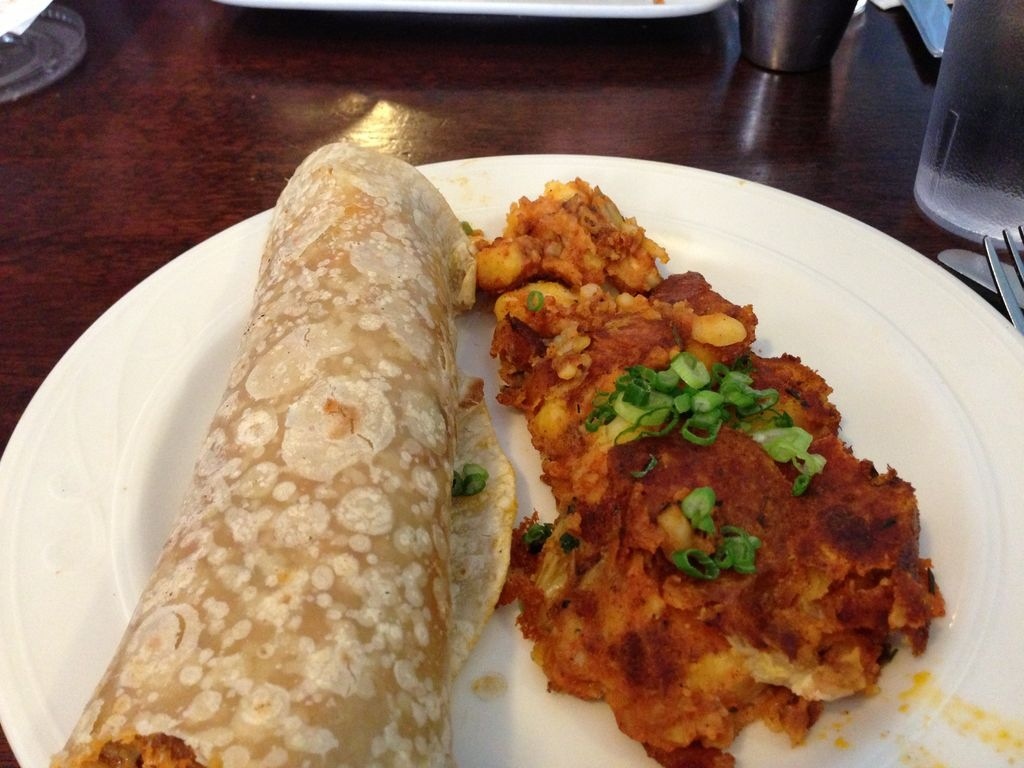 I have a new restaurant to review and it is called The OP Cafe. OP stands for Ocean Park. If you don’t live in Los Angeles, Ocean Park is just a street and this is where they opened The OP Cafe. The reason we went there is because someone my mom works with suggested we should try it because she noticed on the menu that they had a lot of gluten free items. When we went in there, me and my brother were really happy because we get excited when we see restaurants that have TV’s. That’s because my mom doesn’t let us watch a lot of TV at home. I’ve got to tell you about the food – I thought it was pretty good although my parents didn’t like the potatoes. I had the breakfast tostada – have you noticed I like Mexican food? In the tostada there was guacamole, beans, salsa and soy chorizo with a big tortilla shaped into a bowl. As I’m writing this, I really want to eat that again! My mom and my brother had a breakfast burrito. On the menu, the tortilla wasn’t gluten free but they changed it to make it gluten free. The reason I thought the atmosphere was just ok is because it was a pretty tiny restaurant but like I said earlier, we liked the TV. The service was also ok. The good part was that they forgot to bring me guacamole but then they brought it quickly. The bad part was that I thought they would bring me a coloring sheet and they did but it didn’t have any cool things on it. It was just a blank piece of paper. I made mine into a paper airplane but my mom told me not to fly it in the restaurant.

Today, I’m going to share a joke with you to end my post. It has nothing to do with food but I just want to give you a special treat.

What happened to the football player who went back to school?