Food and basketball – I like the sound of that! 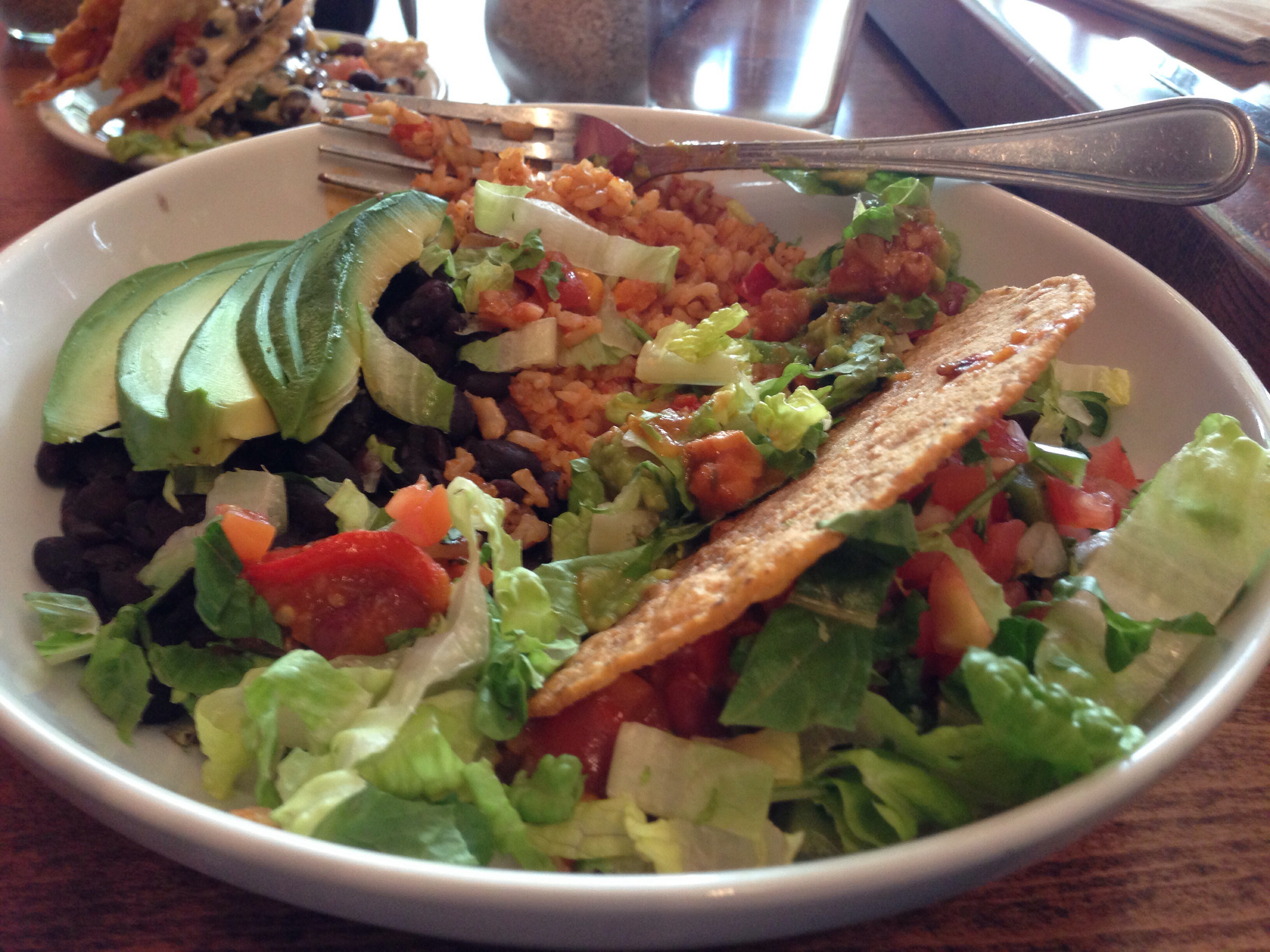 My family was visiting town. They were about to leave when we stopped at a restaurant for Mother’s Day brunch. We went to Real Food Daily, which I’ve reviewed before but what makes this different is that it is the first time I’ve tried something from their brunch menu. I order something called No Huevos Rancheros. Huevos means eggs in spanish and as you can see it was called “no Huevos” so they didn’t use eggs, they used tofu instead. It was arguably the best brunch I ever had because it was kind of like Mexican food and as in many other posts I tell you that I like Mexican food very, very much. My mom had tacos which were very tasty, she said.

I would only give the service two stars out of five because it took a very long time to get our food. They could have given our food in a shorter time and that would have made me feel better and it would increase the rating to four and a half stars. The atmosphere would get just a little more than two stars because it was very loud and our table was in the corner and I like tables in the middle of the room.