This is totally worth a second review!

Today I’m going to review a restaurant called Adama. If you scroll through all of my posts you can see that I’ve reviewed it already. It was one of the first restaurants I reviewed, but I’m going to review it again because it was soooooo good. In fact, it was way better than the first time. We went with my grandmother because she was visiting with us in Santa Barbara too because she wanted to have a “Get Healthy Summer” with my mom and and all of us. My grandmother got this dish called Piccata. It was made with vegan chicken strips. It was her favorite meal here and she thought it was outstanding. 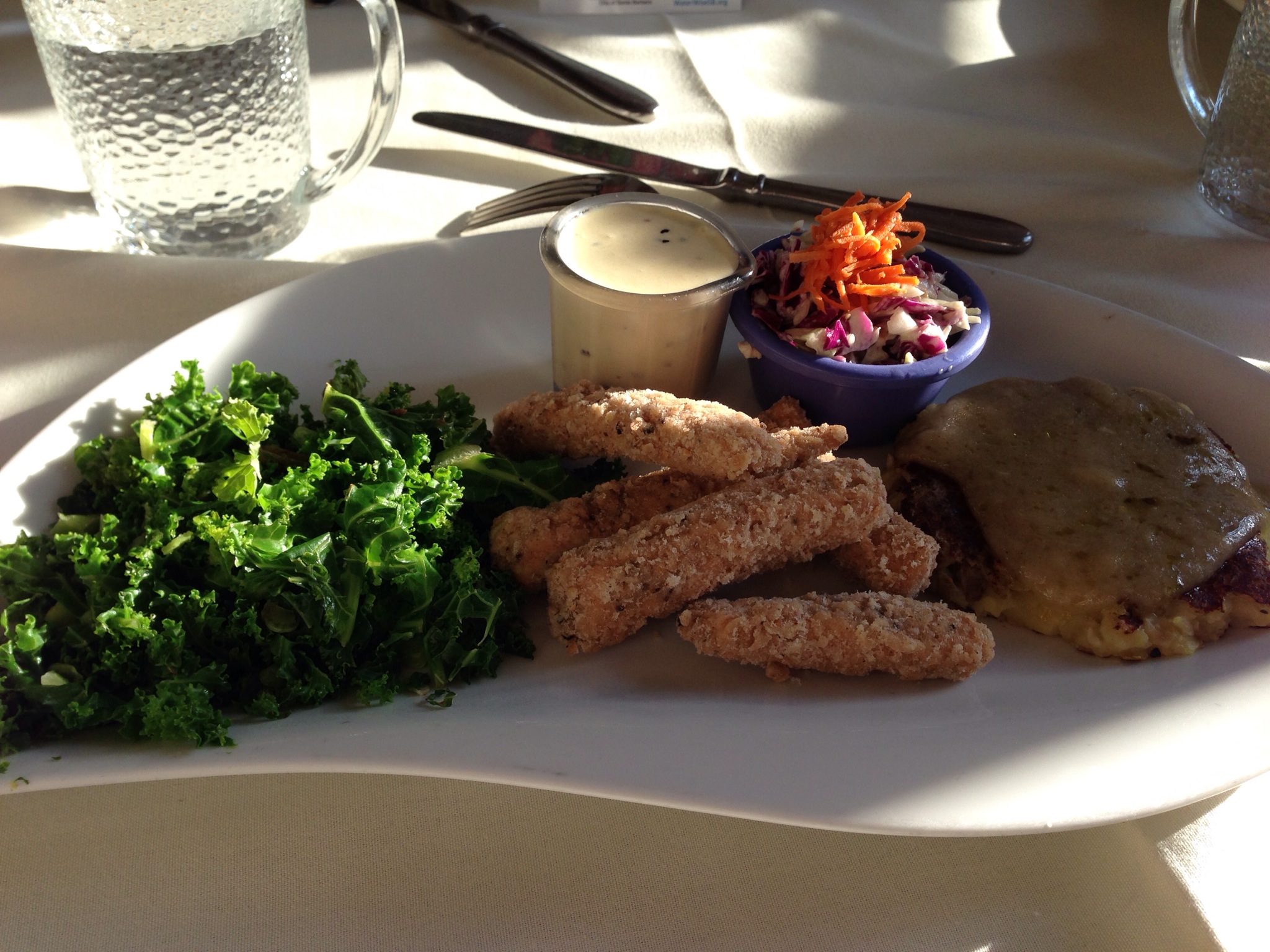 My mom and dad both got something called the vegan AFC which had vegan chicken, mashed potatoes and greens. They both really liked their dinner and really enjoyed Adama. My brother had something called jackfruit tacos and he said “these are amazing!” 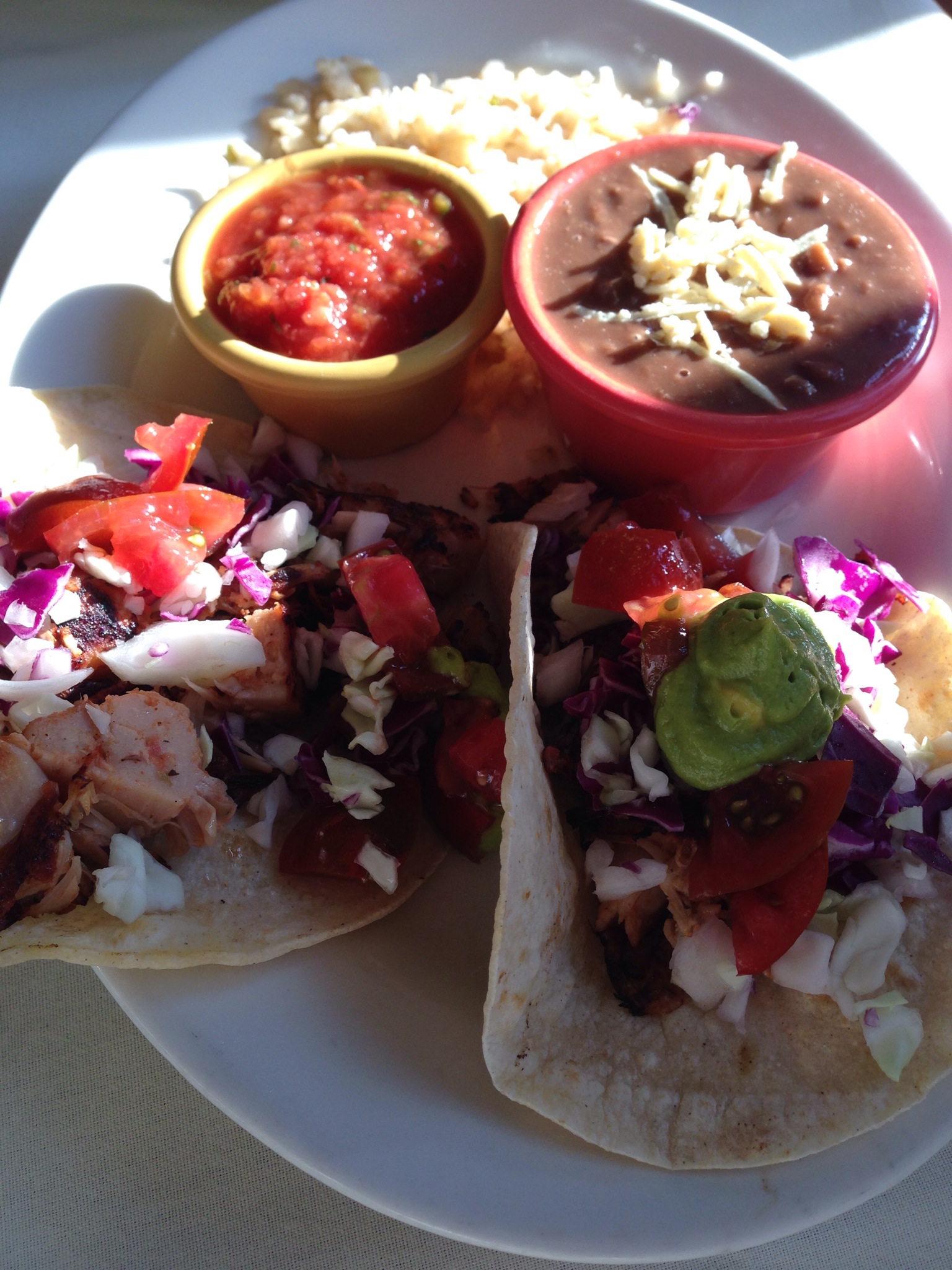 Then, I had an enchilada which I thought was a combination of 3 things: incredible, outstanding and delicious! Two minutes and 14 seconds later I was licking my plate clean. At least it felt like I ate it that quickly! 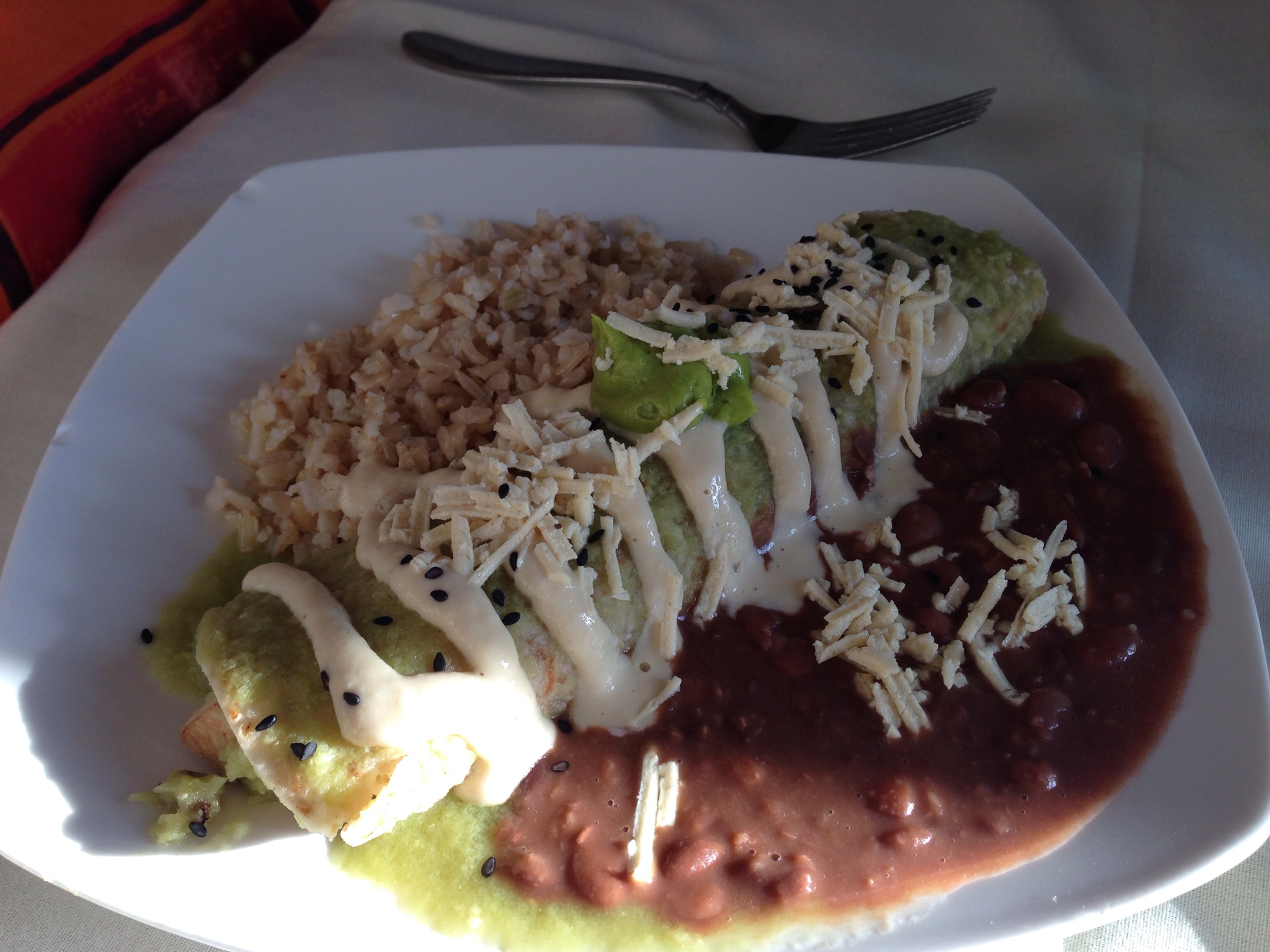 I should also mention that a few weeks ago I went there for breakfast and I got these scrumptious, yummy blueberry pancakes. I highly, definitely recommend you try this if you are vegan or just like plant-based food. Even people who aren’t vegan might like this place! Also, this is the first restaurant I’ve ever been to where the ENTIRE menu is gluten free! And that matters to people with serious gluten allergies because they have so many choices and everything is safe to eat.

I double dare you to go to this restaurant because it is so good!