Touchdown for My Vegan! 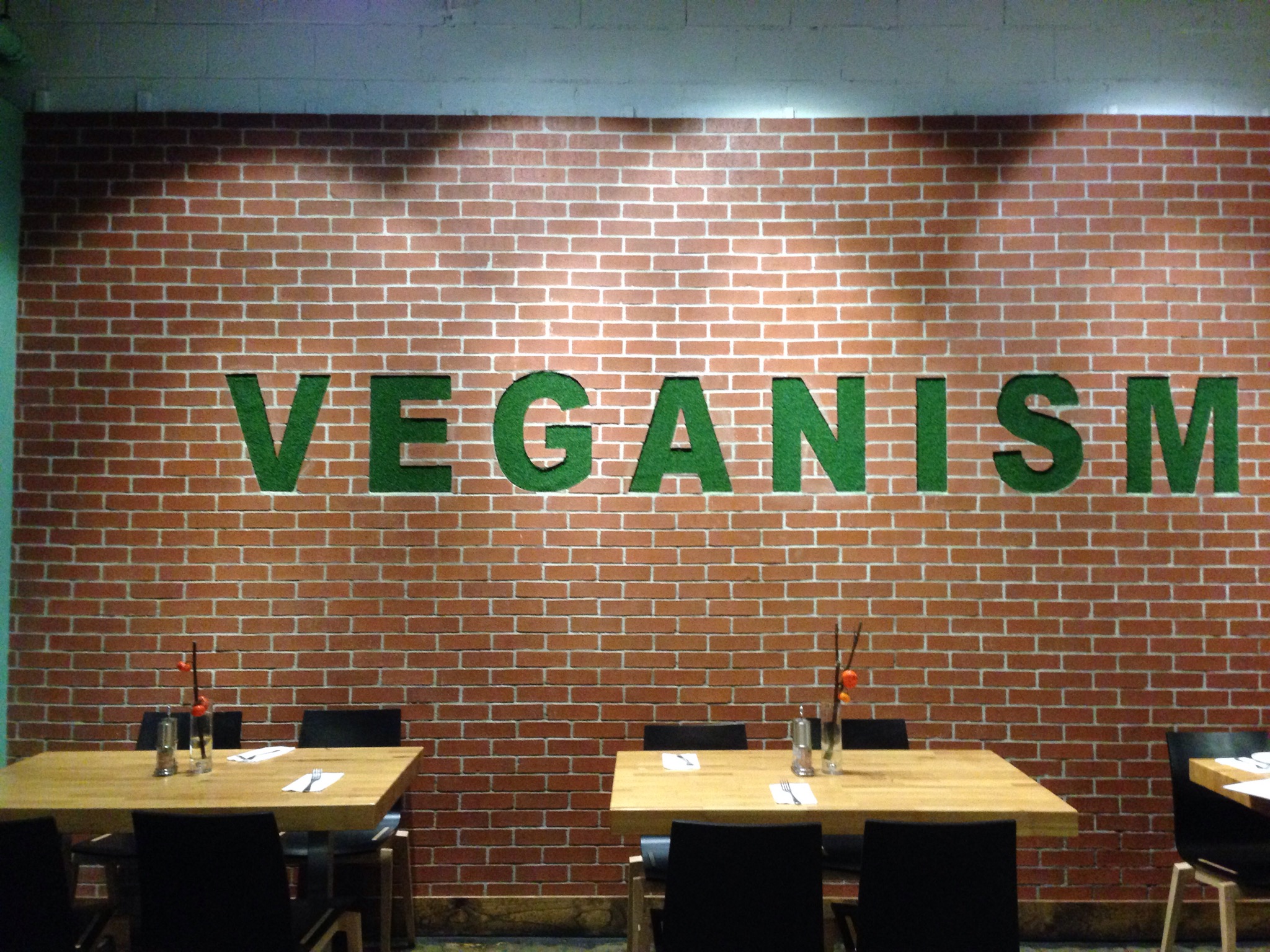 I went downtown last night, actually, to be exact I went to an area called Koreatown. The whole reason of going there was to look at a couch shop because the couch in our living room was really junky and we needed a new couch. This couch shop made couches that didn’t have nasty chemicals in them. As we were leaving the couch shop we saw a skyscraper and it reminded me of the movie Superman where Superman flies into the sky and saves Lois Lane from the helicopter. It was very funny.

When we went downtown we thought it was a good idea to try a new restaurant. And My Vegan restaurant is just where we went. My Vegan is located in an area called Silverlake. When we went to the restaurant, the look of it and how it was set up did not surprise me because before we went there me and my mom looked on the Internet to see what the restaurant looked like. 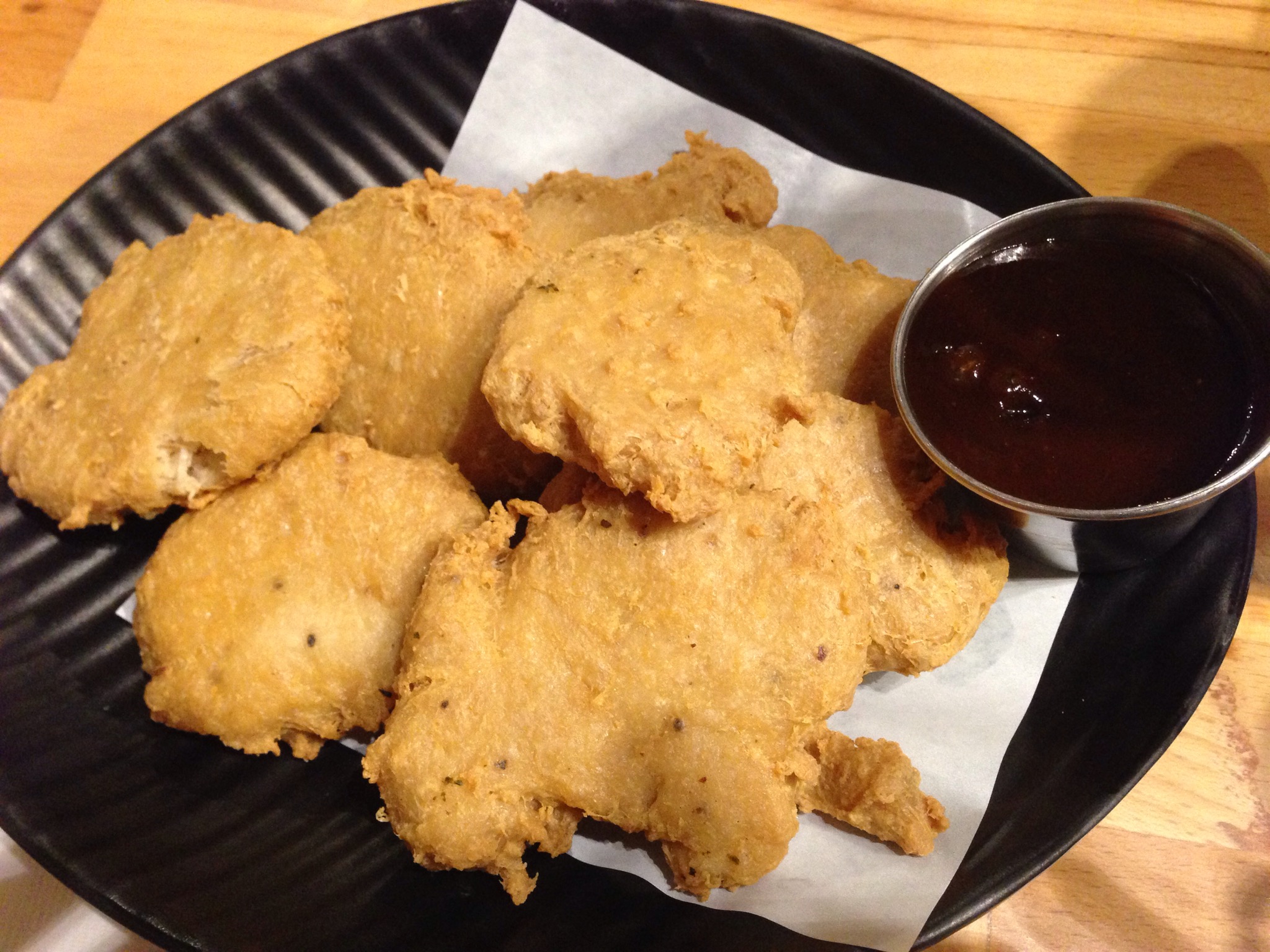 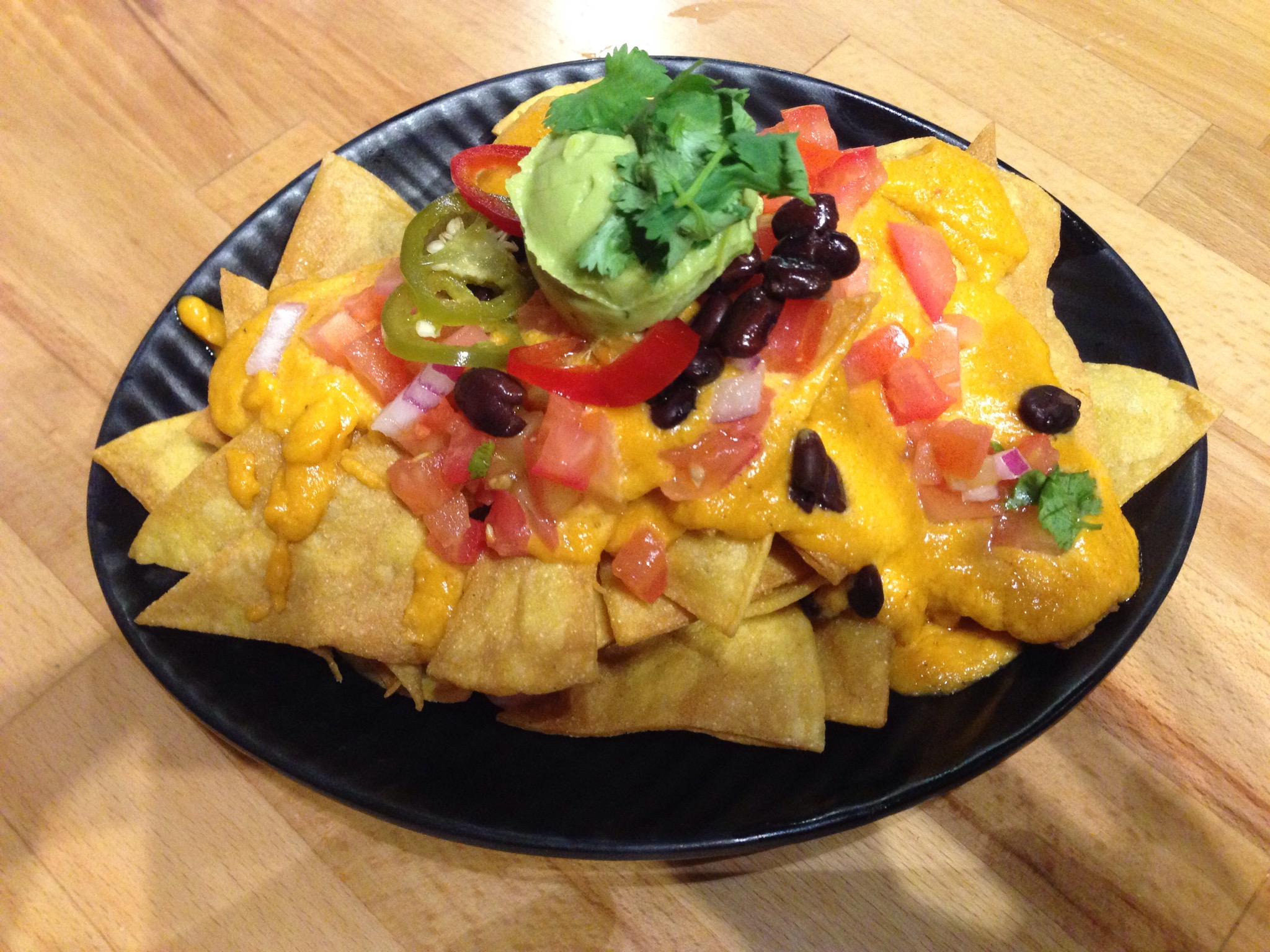 For our main course, I had something called “chicken” tacos which, again, is not real chicken. I thought my chicken tacos were really kind of tangy and I did enjoy them. 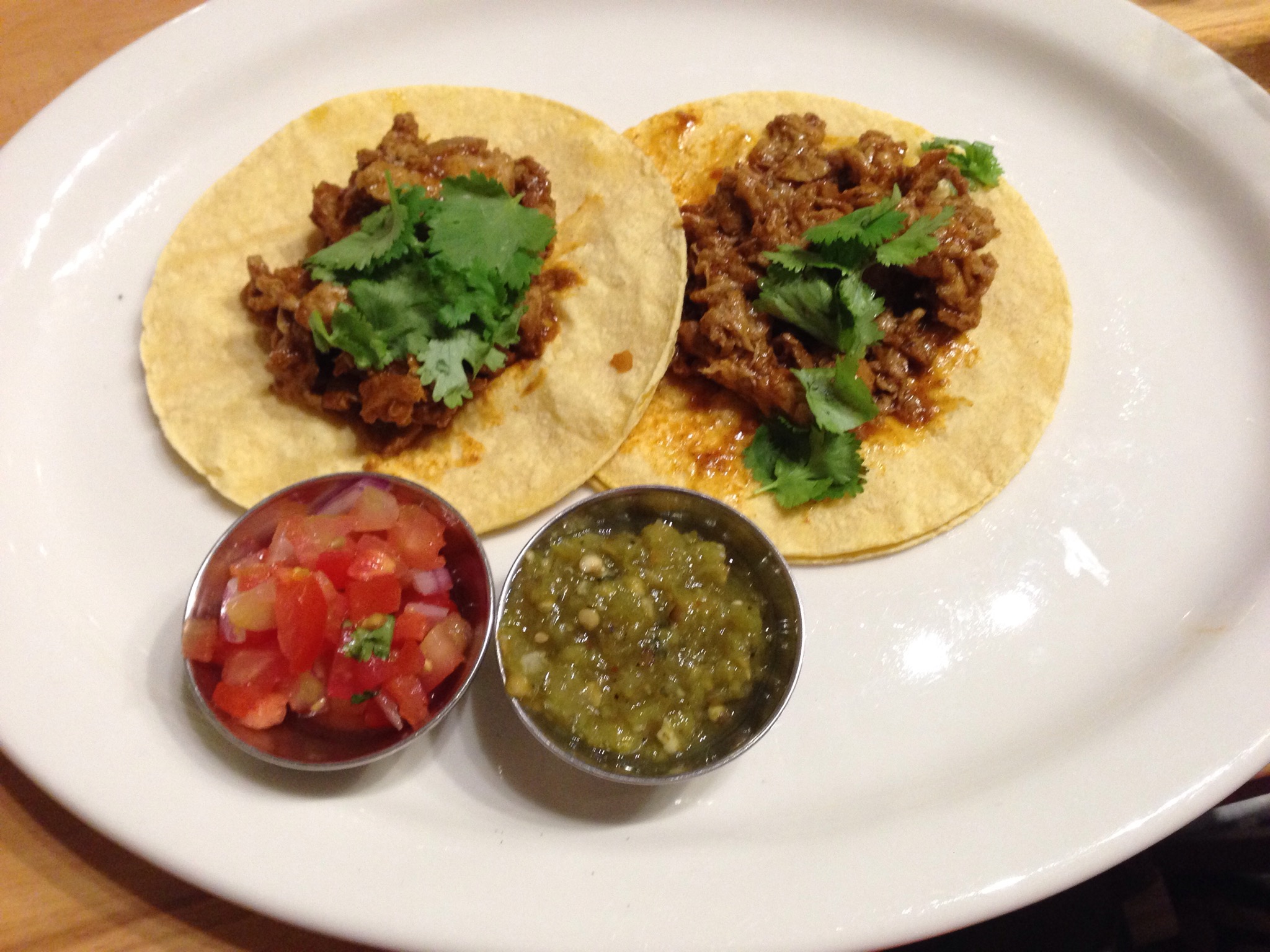 My brother had portobello mushroom tacos but he thought those were a little bit spicy and he had a very wiggly tooth so he had to trade with people to get things that were softer.

My mom had spicy wild mushrooms in garlic sauce with brown rice. She gave me some to try and I demolished them in less than 30 seconds. They were amazing! My mom also enjoyed them but for some reason her food was being snatched by her two hungry kids. 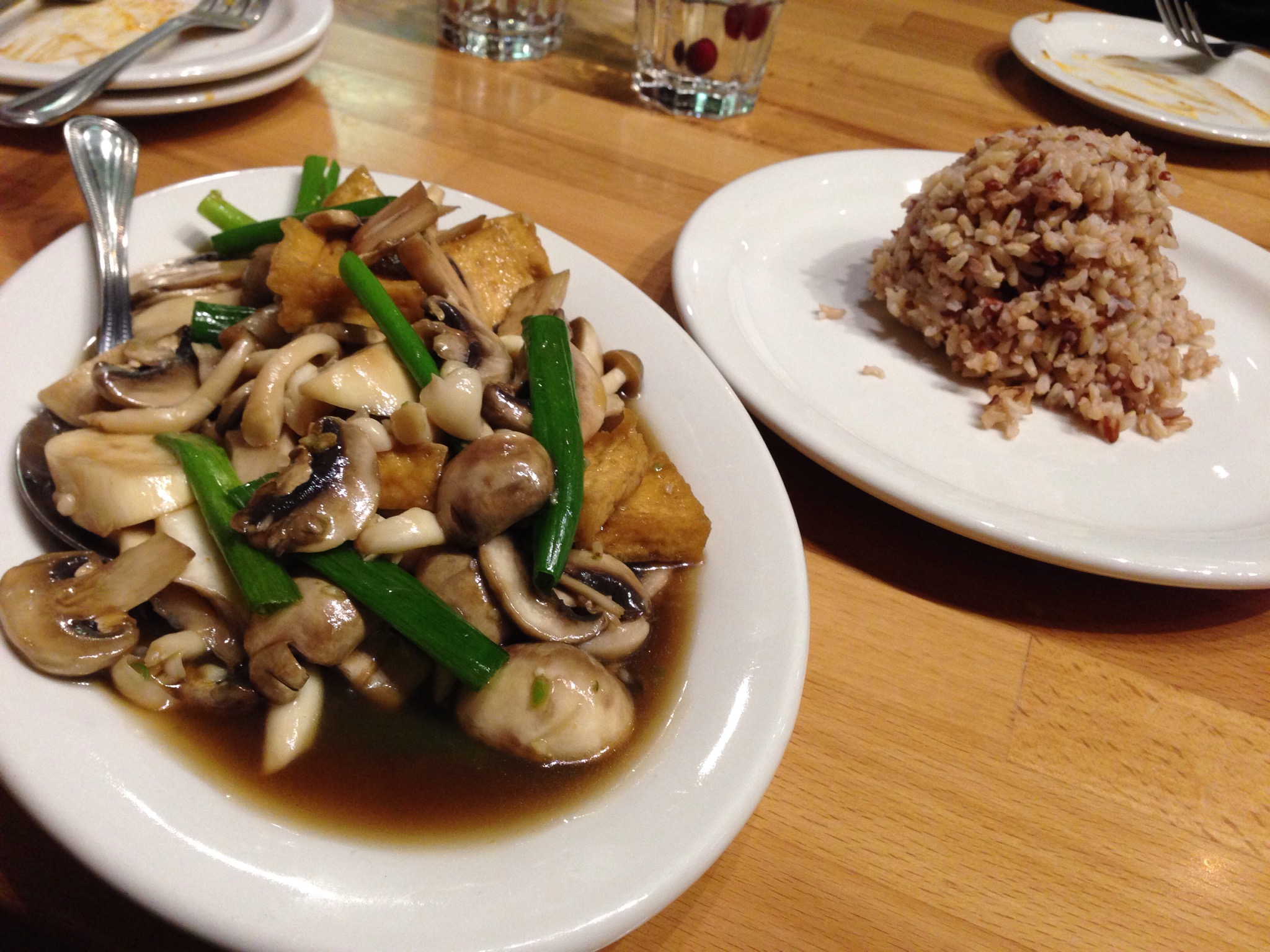 My dad ordered pineapple fried rice that had pineapple of course and cashews and rice. I also really liked it and ate some but the only part I didn’t like was the pineapple. I do like pineapple usually but I did not like the combo with the rice and the cashews. And I probably don’t like pineapple when it’s cooked. 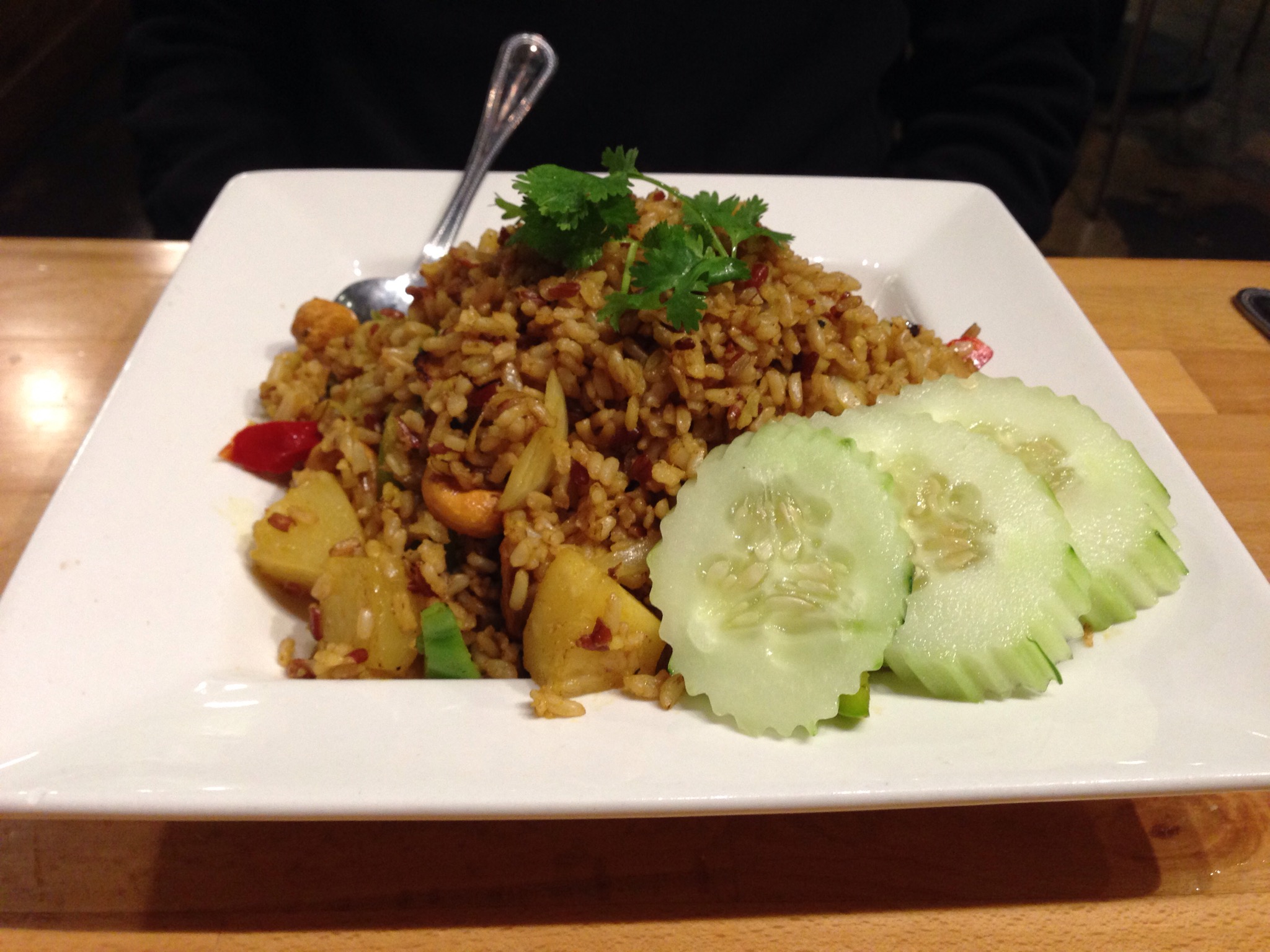 One of my readers asked if I can tell if the food was organic or not. This restaurant did have some organic food and they noted that on the menu.

My Vegan is in a shopping mall that had a laundromat and it was a bonus when I walked by. Can you guess why? It had a TV with a football game on! When we were leaving I took one last look in the laundromat to see the game. Right before we were about to leave Michigan State broke away from the other team’s cornerback and sprinted toward the end zone to score for a forty yard touchdown!

We got in the car full and sleepy and went home.