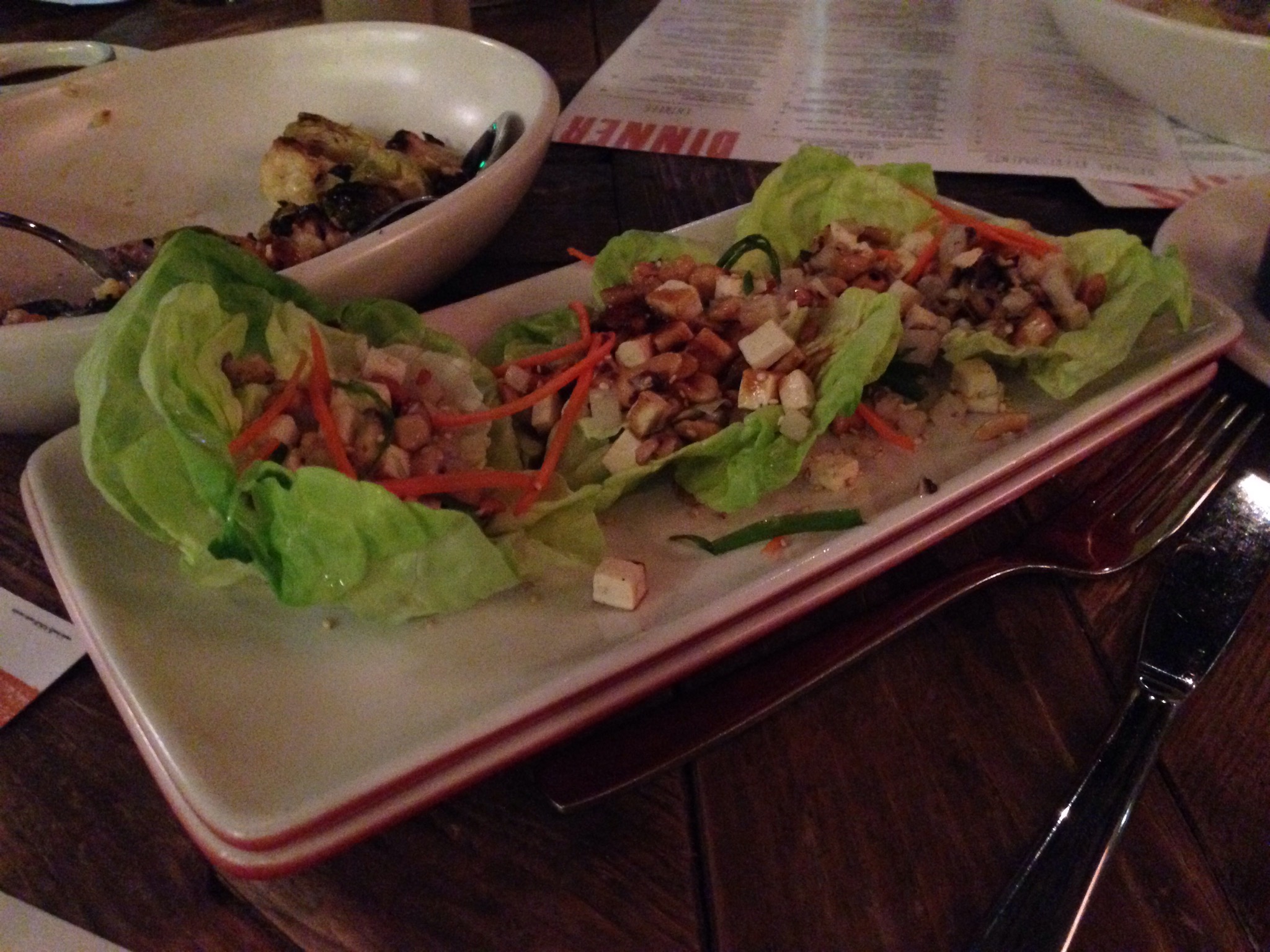 Yesterday night I went to Santa Monica Place, which is an outdoor mall, and we tried a restaurant that I’ve never been to before called True Food. My grandpa and grandma and one of my aunt’s came with us because they were visiting from New York. It’s always a struggle to find a place to eat because my grandma and grandpa don’t eat the kinds of food that we do. For example, if we want to go to a Mexican restaurant my grandma and grandpa say “nah, let’s go somewhere else. We won’t eat that.” Or they say “I don’t like that type of food.”

When we walked in the restaurant I glanced up at the wall and saw a TV! There was a UCLA-USC game on. My dad said it was one of the few games that mattered in the whole college football season. Also, I was so excited that Saturday night football on ESPN was on!

Now, to move on to the food! We had a tough time looking at the menu to decide which appetizer we would get. Finally we decided on shiitake mushroom lettuce cups. I kept asking for more because they were sooo good. I had three of them! I also had an appetizer salad that had Brussels sprouts but we ate them so quickly we forgot to take a picture!

For my main course I had a teriyaki rice bowl. In the rice bowl it had rice, obviously, tofu, and mixed vegetables. This dish wasn’t gluten free on the menu but they were able to make it gluten free. 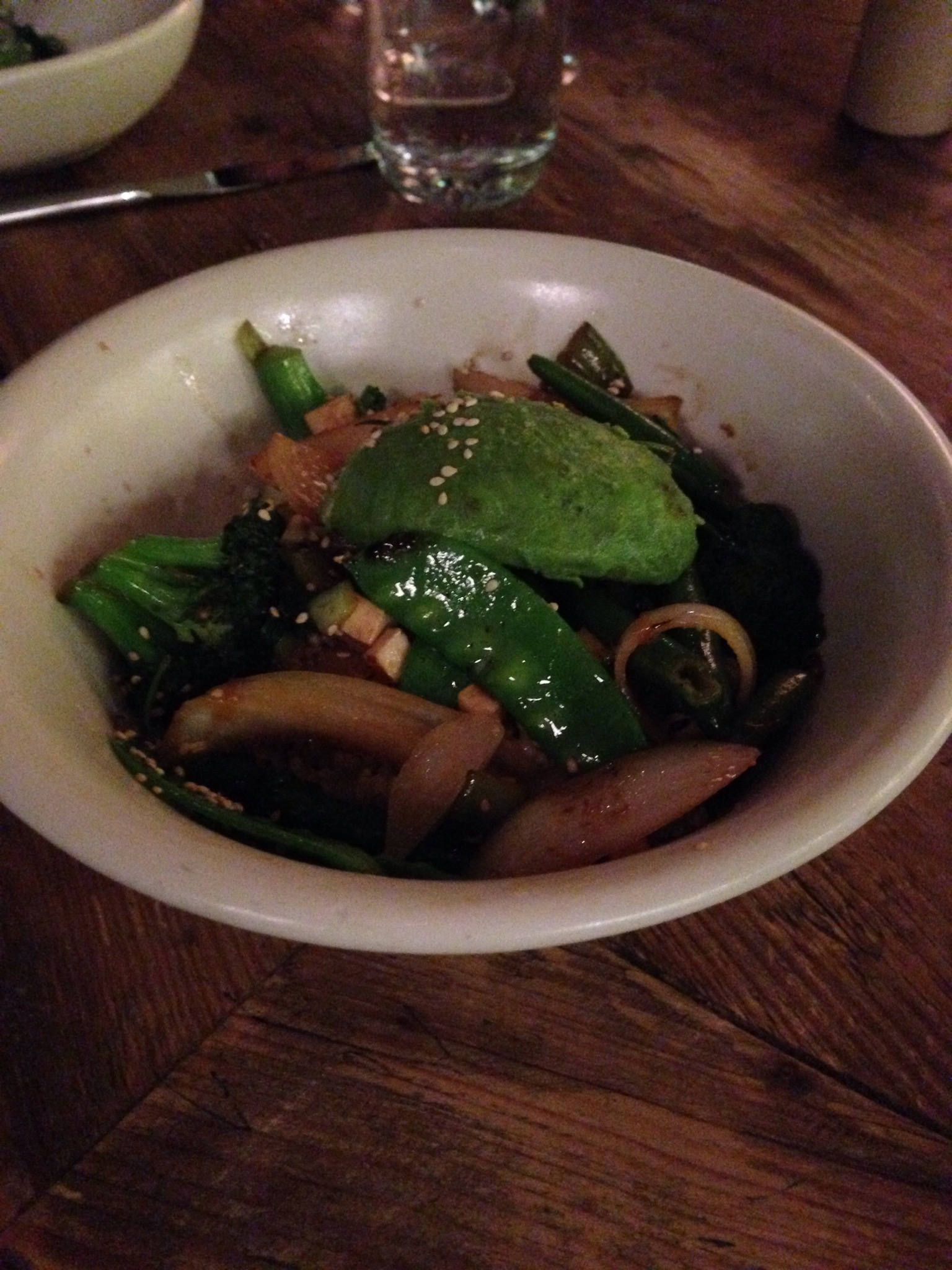 My brother ordered something called a TLT, which stood for tomato, lettuce and tempeh sandwich. He had it on a gluten free free bun and it came with a kale salad. He did not like the vegenaise on the bun because it tasted too spicy. But he did like the other parts. 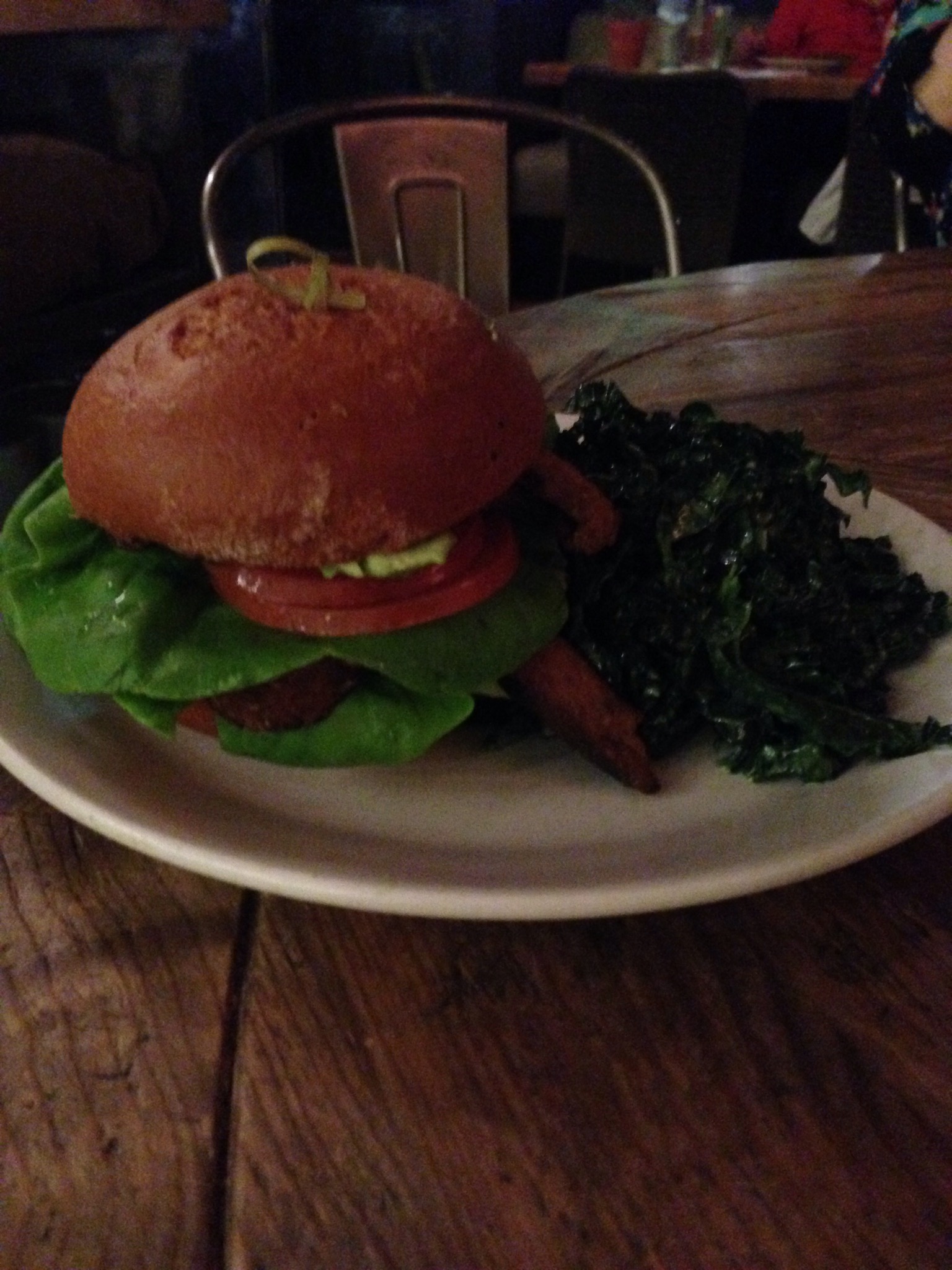 My dad ordered a pomegranate pear soda for a drink although it wasn’t really a soda. It was made with seltzer water. For some reason he didn’t get half of the drink because it was snatched by me and my brother! It tasted very liquidy and bubbly and tasted a bit like apple cider. I very much liked it. 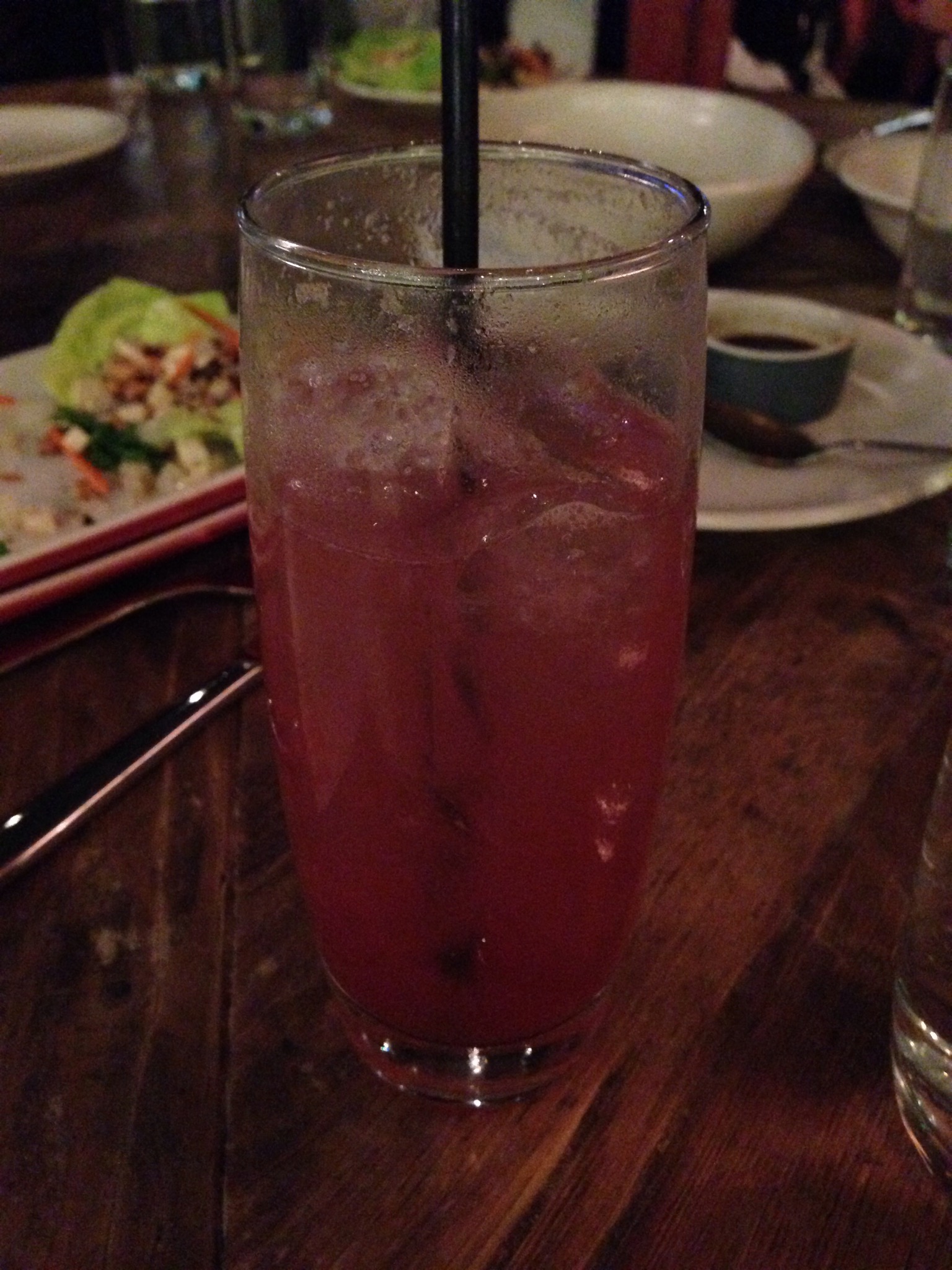 My grandparents wound up really liking this place also so they should be happy if we come back here again!