You will never believe this… 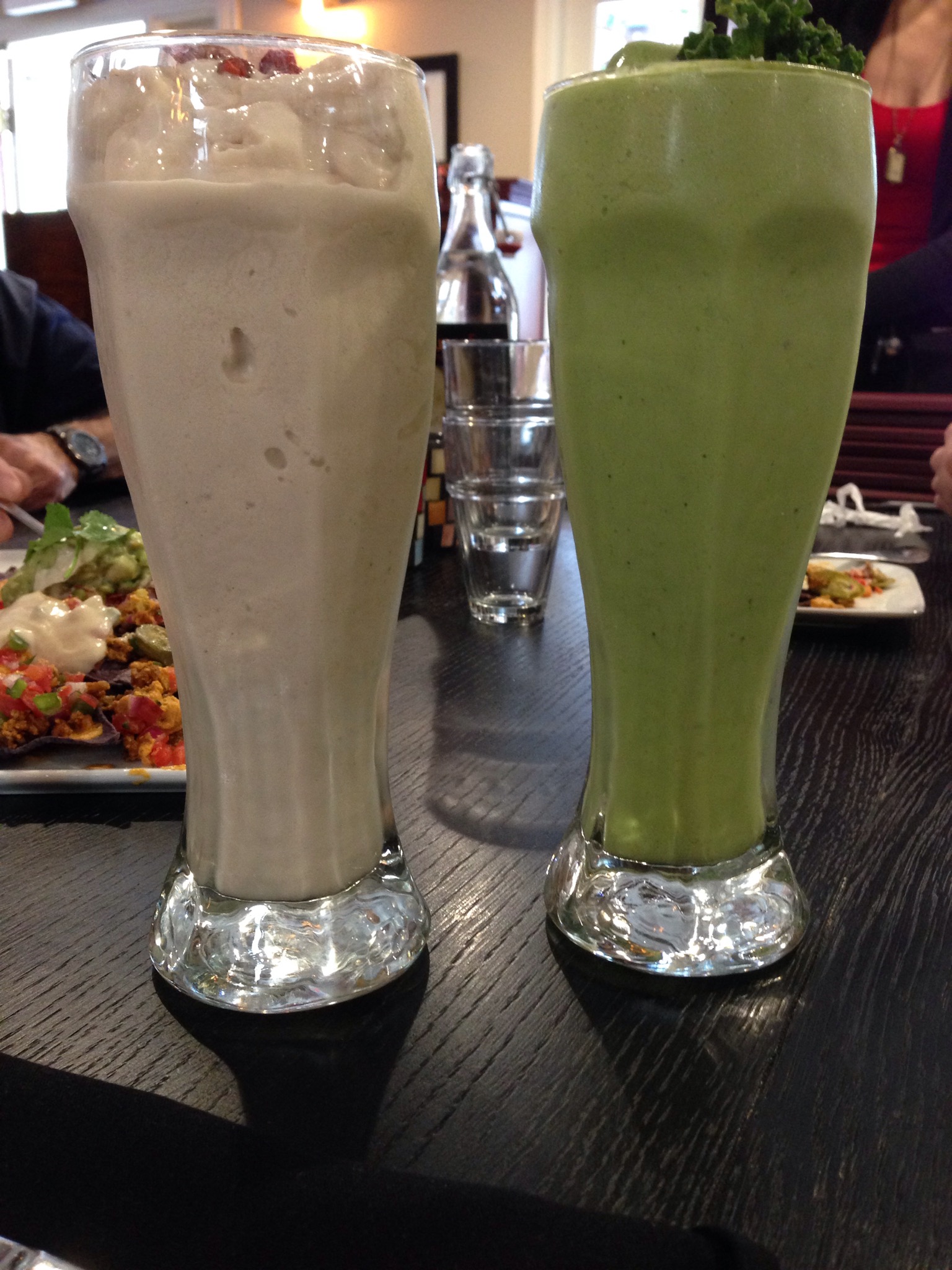 Around a few weeks ago my Aunt found this place called Sun Cafe. It is located in Studio City which is in the valley. My Aunt went there and she FLIPPED OUT! So our family decided to go there for our holiday celebration. It was me, my mom, dad, my brother, my Aunt and my grandma and grandpa.

When I first got there I thought it was going to be really crowded but it wasn’t too quiet or too loud – it was just right for me. I loved the atmosphere. I liked the candles on the table and the candle holders which were decorated very beautifully and I also liked that the chairs at each table were different.

I interviewed the owner which is something I’m going to be doing more often. He told me that the nachos were one of the best selling items on the whole menu. That’s exactly what we got for our appetizer and you can see them in the picture above. We also ordered a vanilla bean shake and a sweet kale shake. These were both excellent! I have to tell you though that as I was drinking my milkshake I somehow hit a hard nut AND THE MILKSHAKE EXPLODED ALL OVER MY FACE! My grandpa tried to fix the problem by putting a straw in the glass and that worked for a few seconds but one drink later the MILKSHAKE EXPLODED ALL OVER MY FACE AGAIN! I don’t know WHAT was going on with this shake!

After the shakes, we ordered our food. My mom made a mistake and thought I had ordered my own food but she guessed wrong! So we realized my food hadn’t been ordered and it came late. But that was our fault. But the wait was worth it because when the food came it was GOOD! 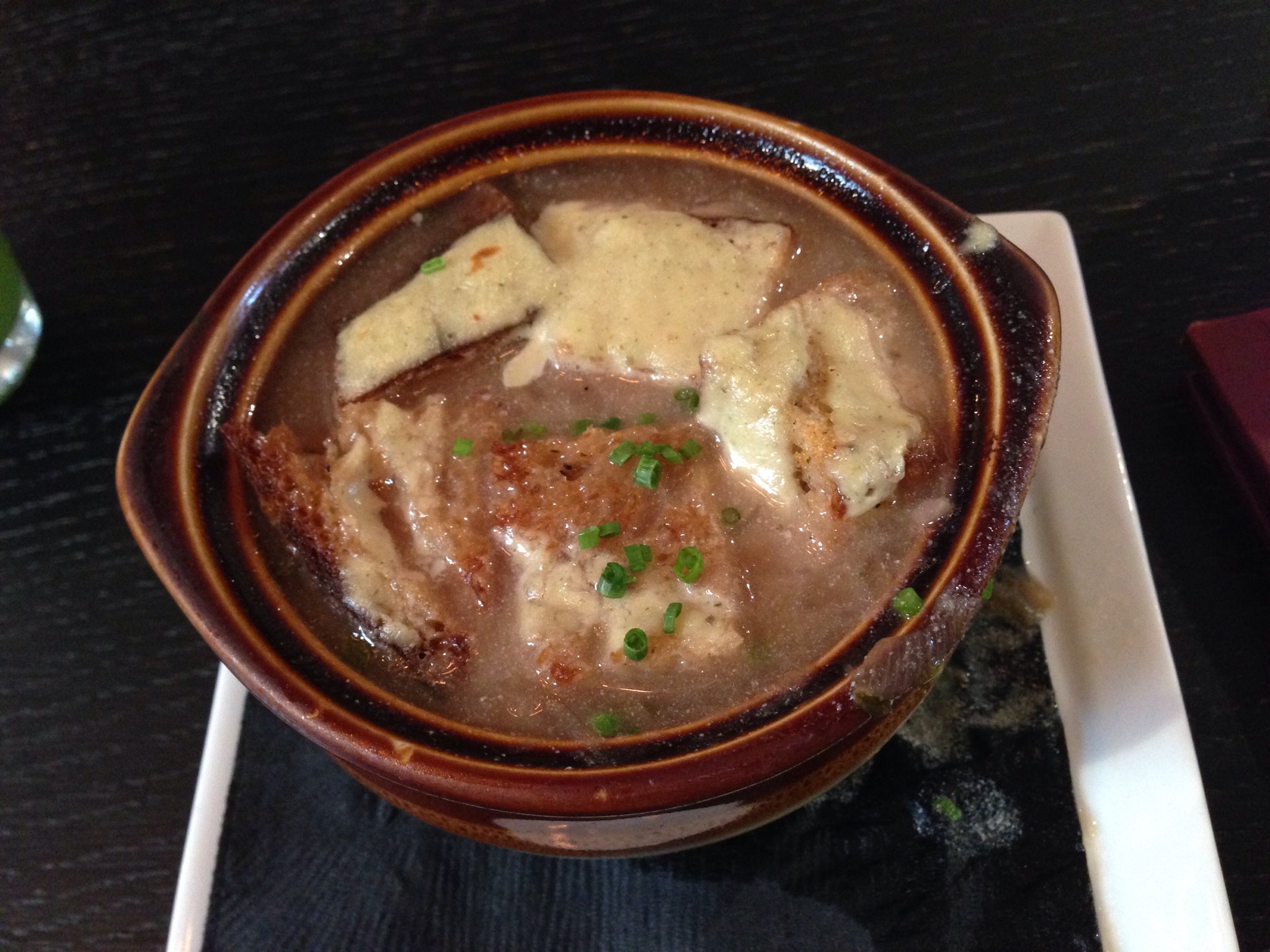 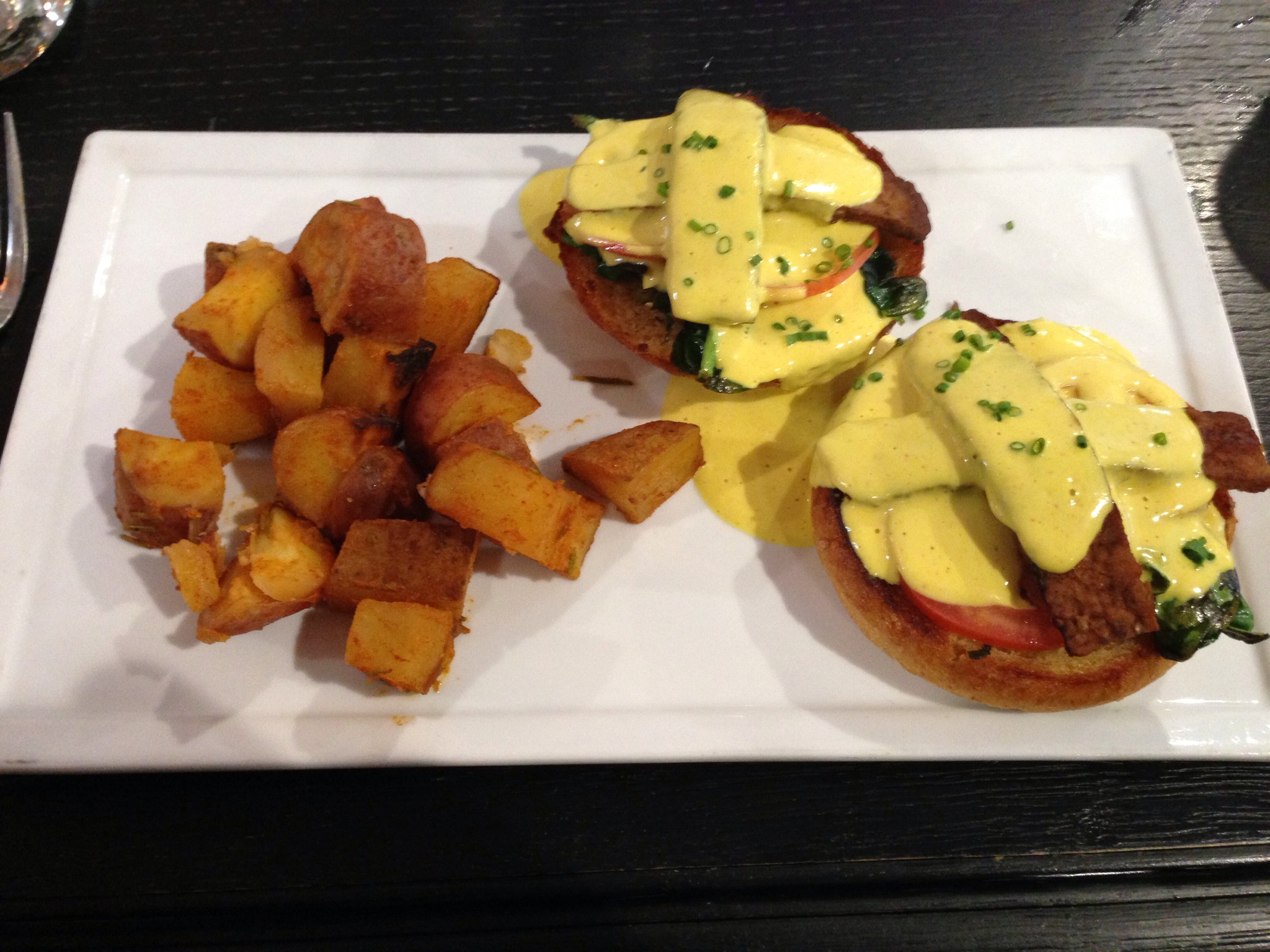 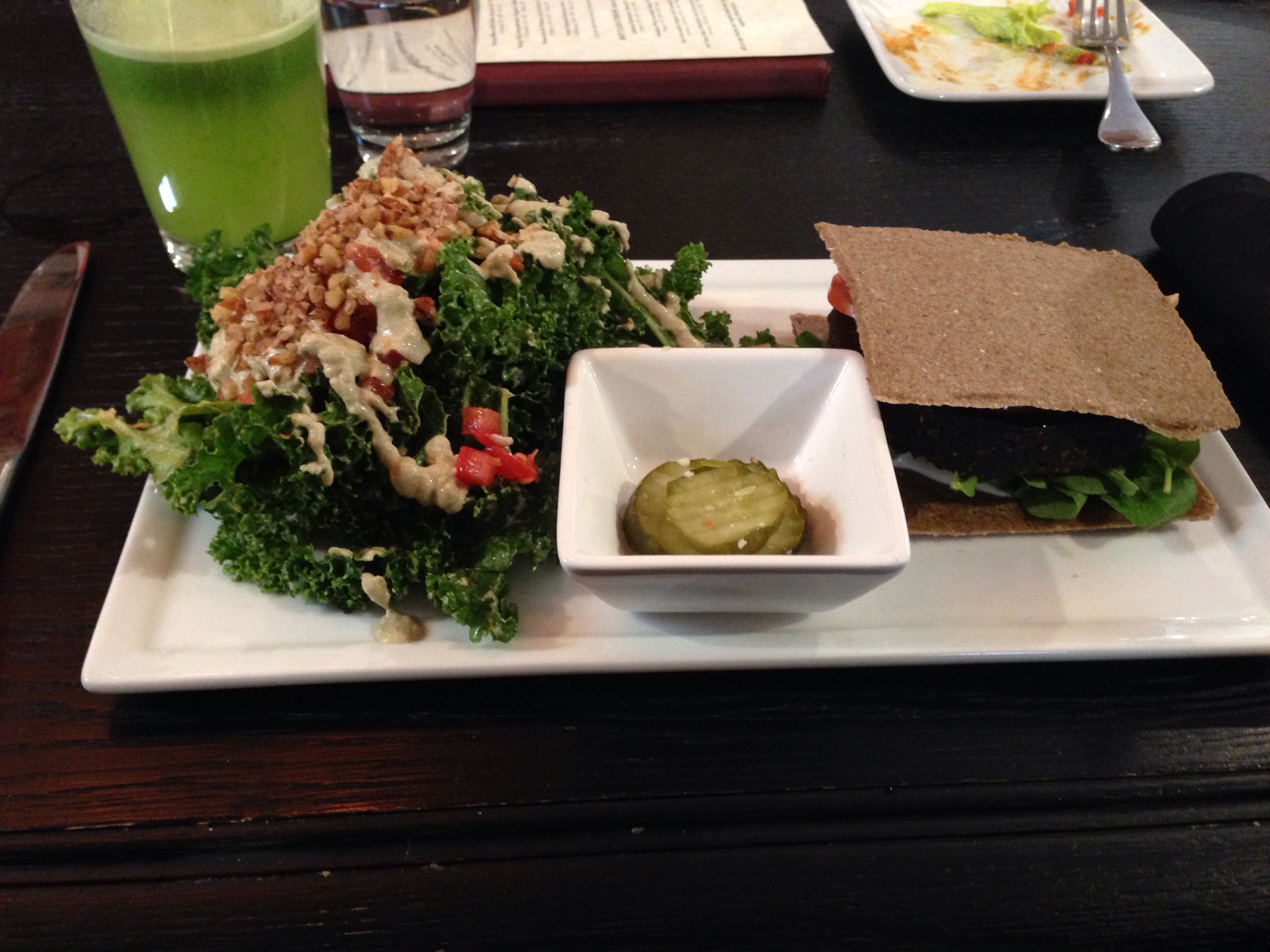 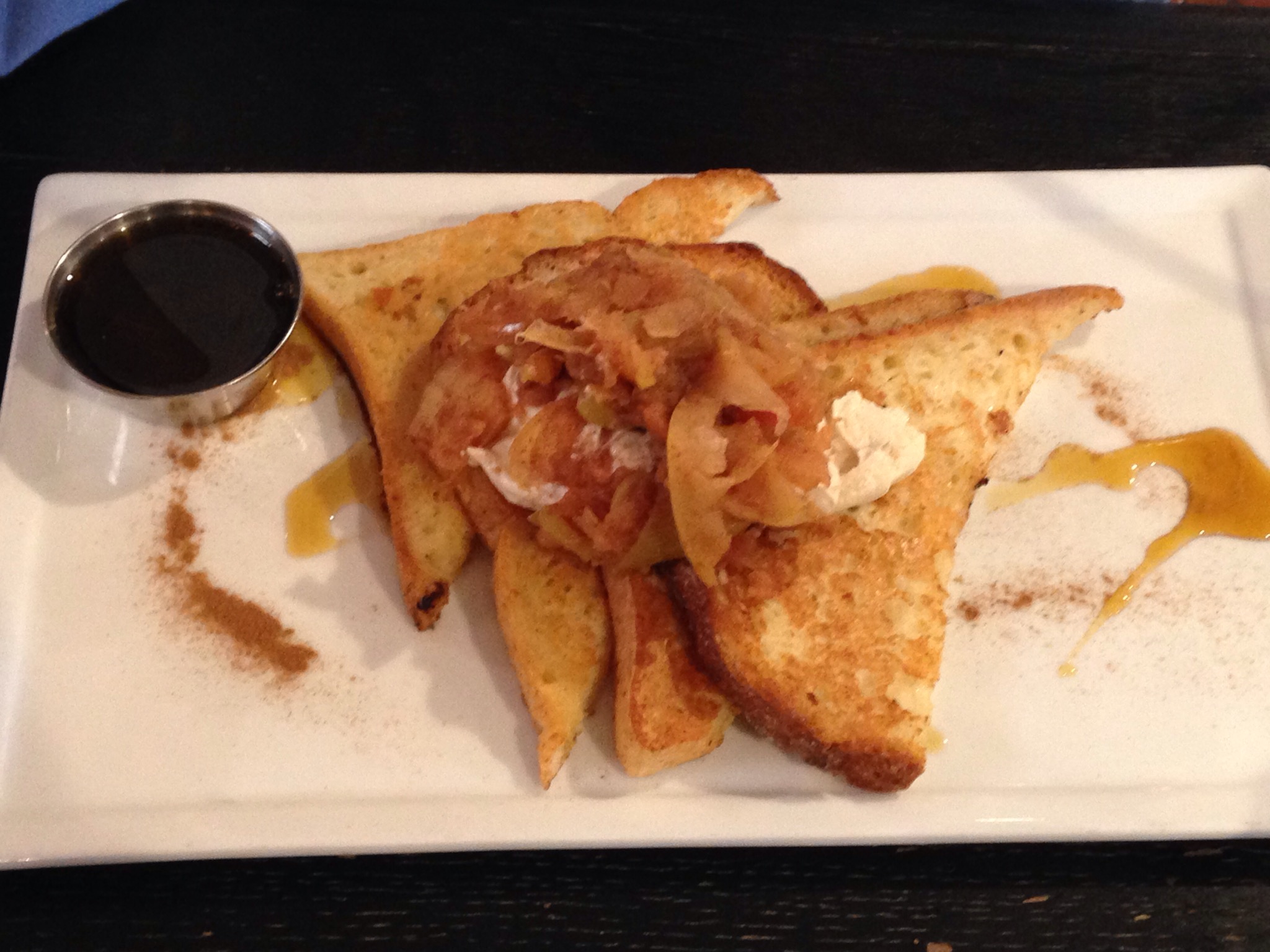 My mom, aunt and grandpa all had the sun burger. My brother had a tempeh BLT with mashed potatoes and gravy, my dad had tempeh benedict, my grandma had french onion soup and I had french toast with cinnamon apples.

I thought my food was really good although I preferred it without the cream and just those cinnamon apples and more cinnamon apples! My mom thought the portions were a good size and I thought the presentation was excellent. The mashed potatoes with gravy were one of the most popular dishes at our table. Everyone enjoyed their food and we will be coming back again for sure.

The owner told me that the restaurant had been around for five years and that all of the items on their menu can be made gluten free. There are not a lot of restaurants that have almost everything gluten free so I felt lucked out to find a restaurant with so many choices.