Spoiled, greedy and beyond awful

Get ready for a bad review. Actually, it is a terrible review. We decided to go to Savor for breakfast yesterday. Savor is in the Noe Valley area of San Francisco. It was a horrible choice. But first something good happened. As we got seated they set on the table Wiki Sticks! Wiki Sticks are these kind of sticky sticks that you can attach to paper. I thought it was cool because usually restaurants put out crayons. But that’s when it all got worse.

So many things went wrong that it is hard to remember everything! First, my breakfast – which was the Arizona omelette – came with fruit. The fruit was strawberries, grapes and cantaloupe. My mom asked just for the melon because the strawberries and the grapes were not organic. There is something we know about called “the clean 15” and “the dirty dozen.” The dirty dozen lists the twelve fruits and vegetables that you shouldn’t eat if they aren’t organic because they have the most pesticides in them. The clean 15 lists the fruits and vegetables that are ok to eat if not organic because they are low in pesticides. When we asked for this, they said they couldn’t do it because it was all mixed together. My mom saw on their menu that they had banana so she asked if they could do banana slices instead. Finally, they said yes.

My mom’s food was a tofu scramble and she clearly said no cheese. It came with cheese! She sent it back. It came back…and it was cold! She sent it back and had nothing for breakfast but tea. But there was something wrong with the tea, too! She asked for peppermint tea and they brought green tea! Also, my mom’s food was supposed to come with a bagel which my dad was going to eat. He ordered a sesame bagel – but they were out! Then, they never brought the plain bagel instead. At the end of the meal dad asked for it and they brought it but they were rude. And by the way, my dad’s oatmeal was also cold! And my food was half warm and half cold. 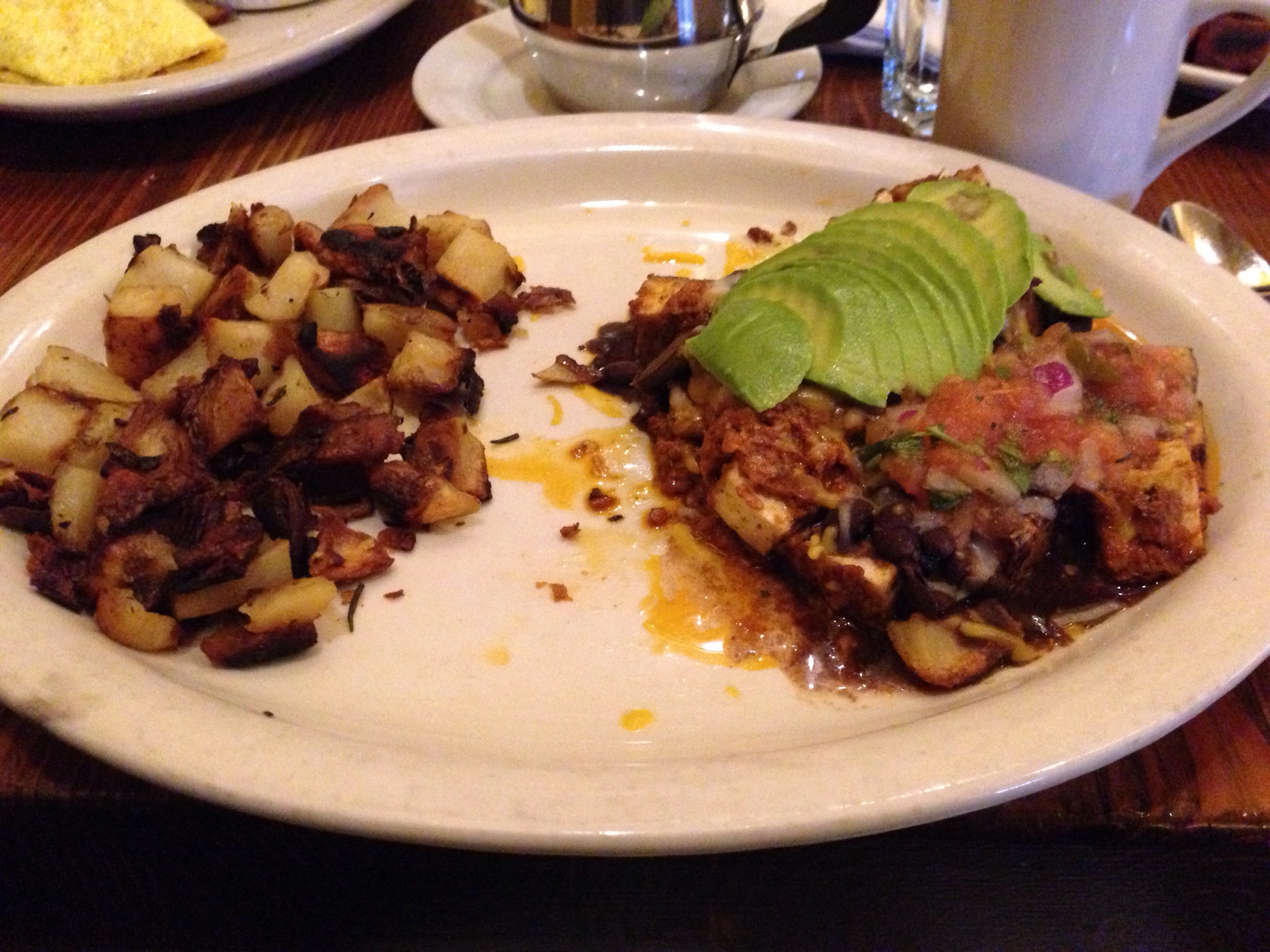 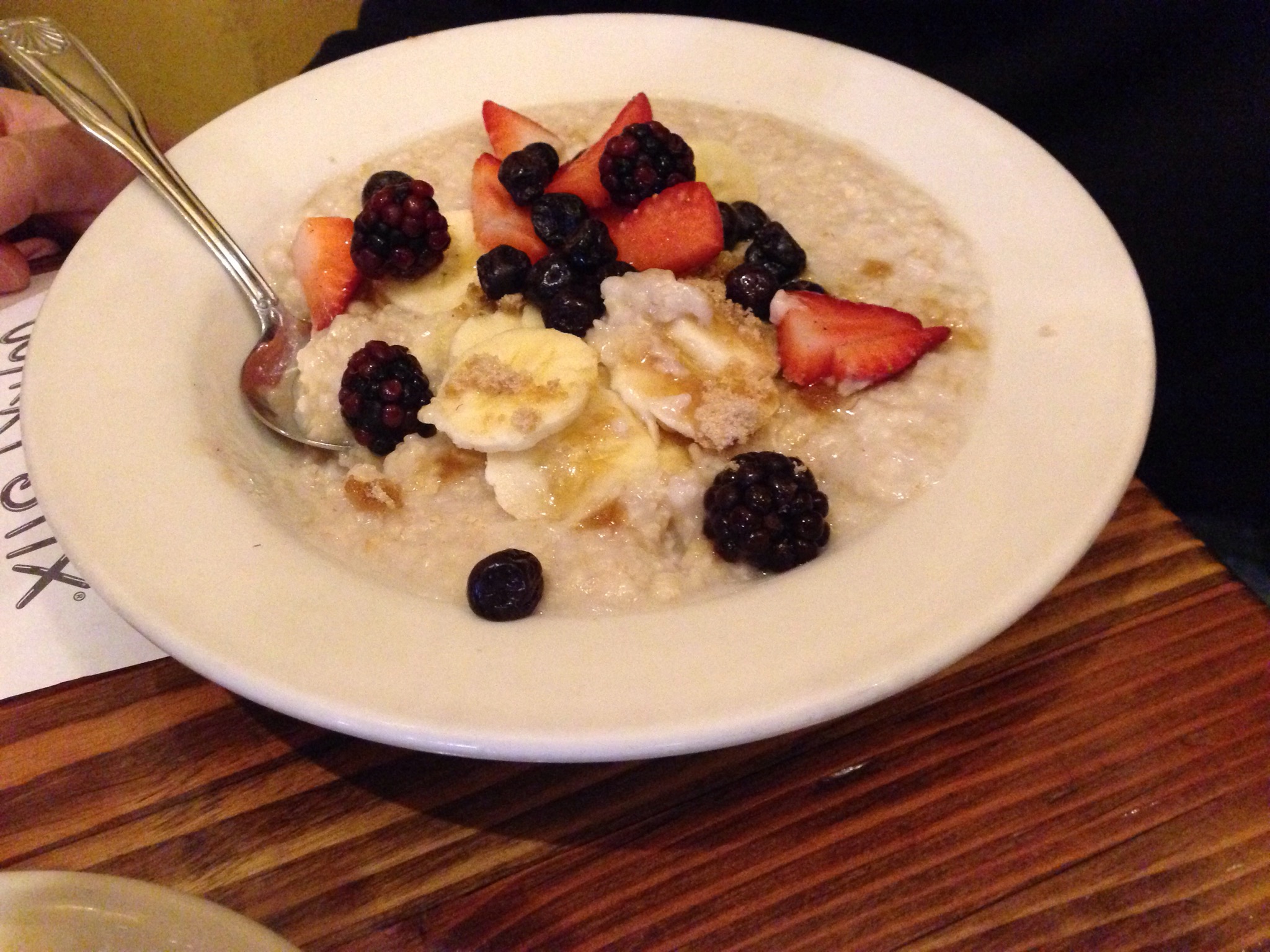 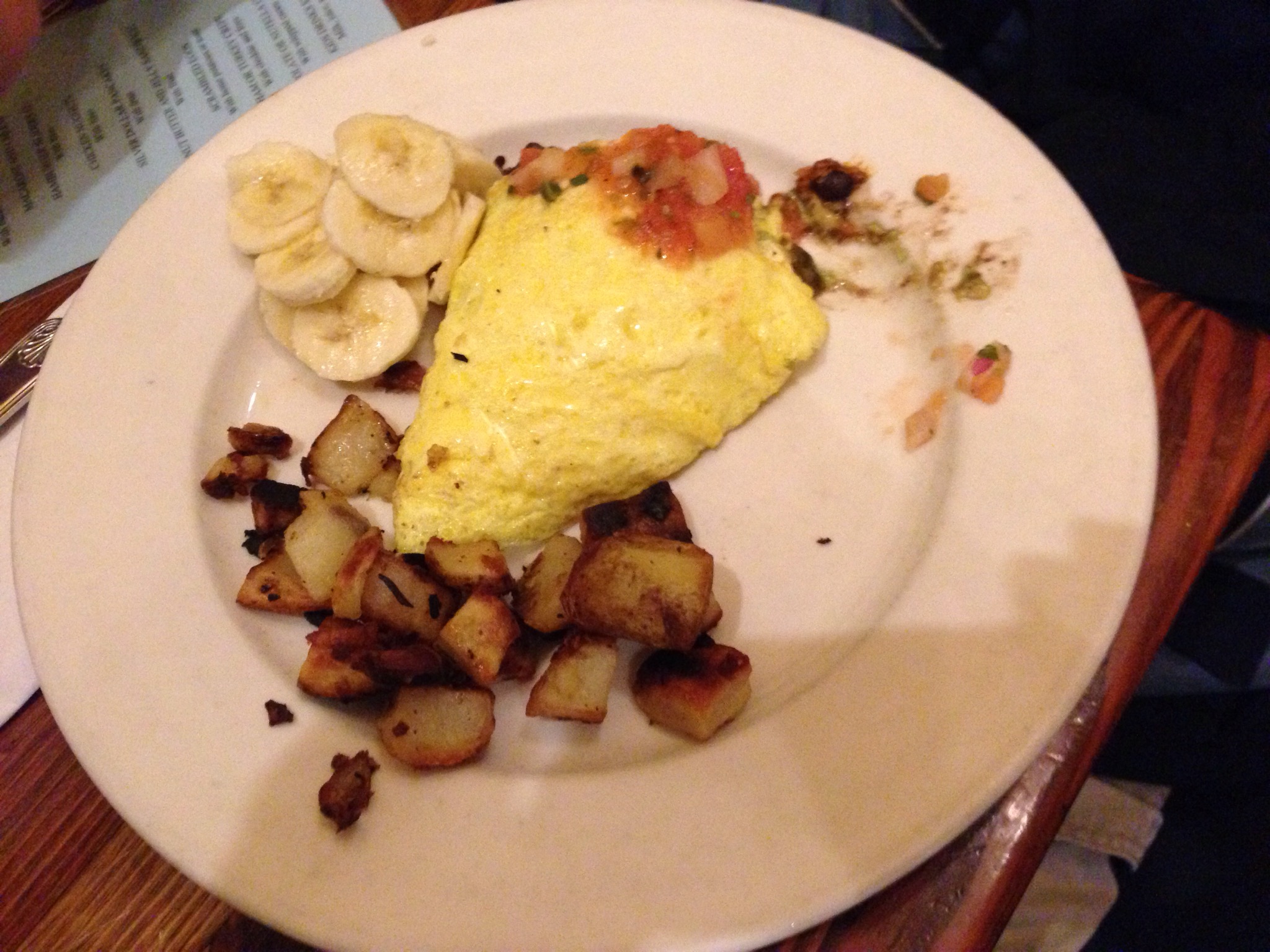 I also asked to speak to the manager and they didn’t even bring him over!

At the end, my mom let me see the check. We both noticed that while they took off the breakfast my mom had because she didn’t even get to eat anything, they charged us for the banana and the bagel for an extra three dollars! I think it was very wrong to charge us for these items. Greedy. 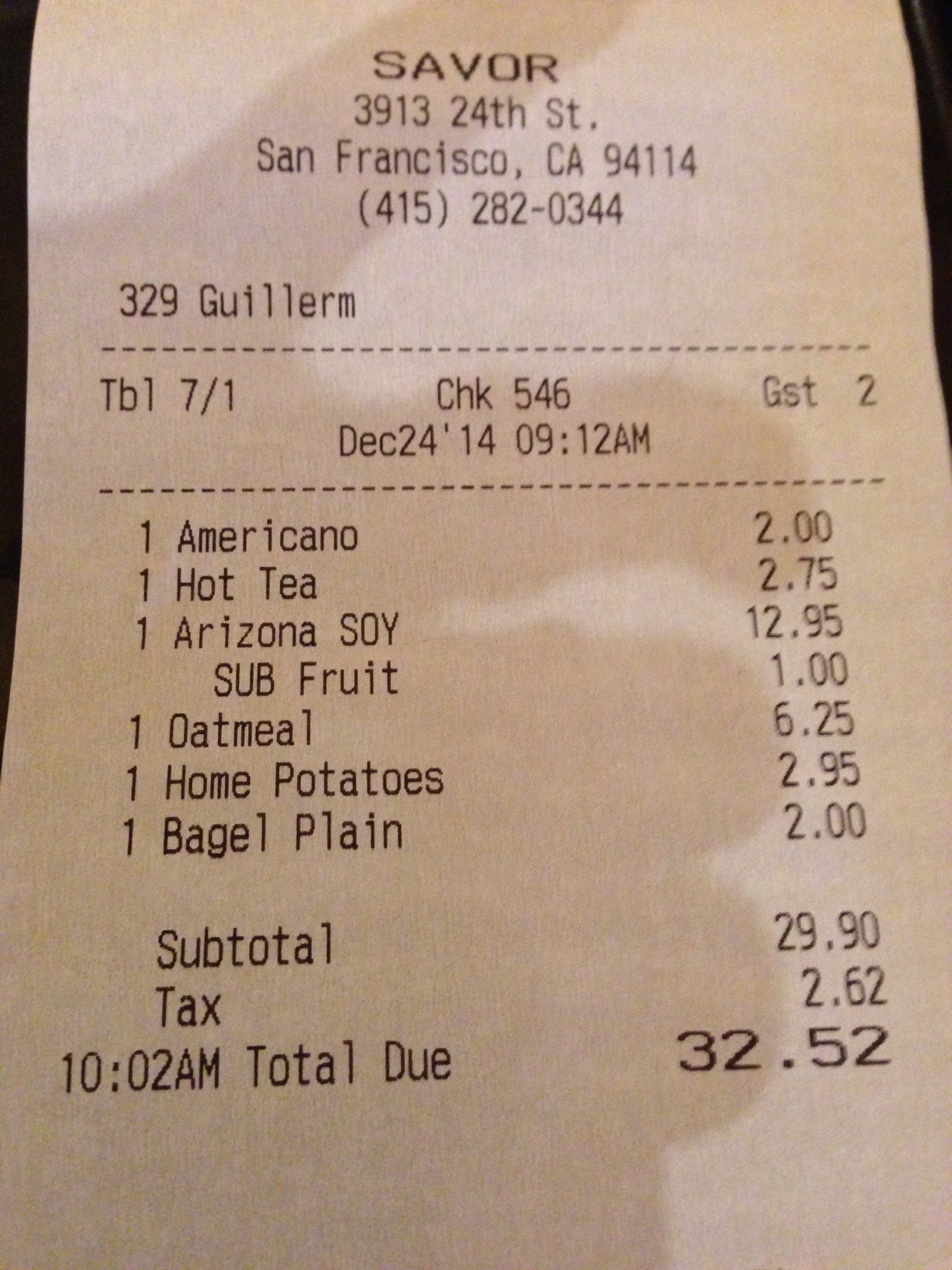