Yesterday when I went to a farm called Oshala Farm, a woman named Elise showed us around her farm and we learned that the farm was known for its tea. She also told us she sold her tea at the Ashland Farmers Market.  So today we decided to go to the market and see what it was about.

We saw a few stands right when we walked in including a yummy gluten free and vegan bakery. There was gluten free bread but also more sugary treats like a chocolate chip walnut loaf. It looked so good but my mom didn’t let me try it because I was having dessert tonight. I did try the bread though and I thought it was ok. But really I wanted that chocolate chip loaf!

Then we went to Elise’s stand and I got some free tea! She was nice to let me pick out a bag of tea and I chose one called “Be Nourished”.  I am excited to drink this when I get home. We also bought some more tea for some gifts. 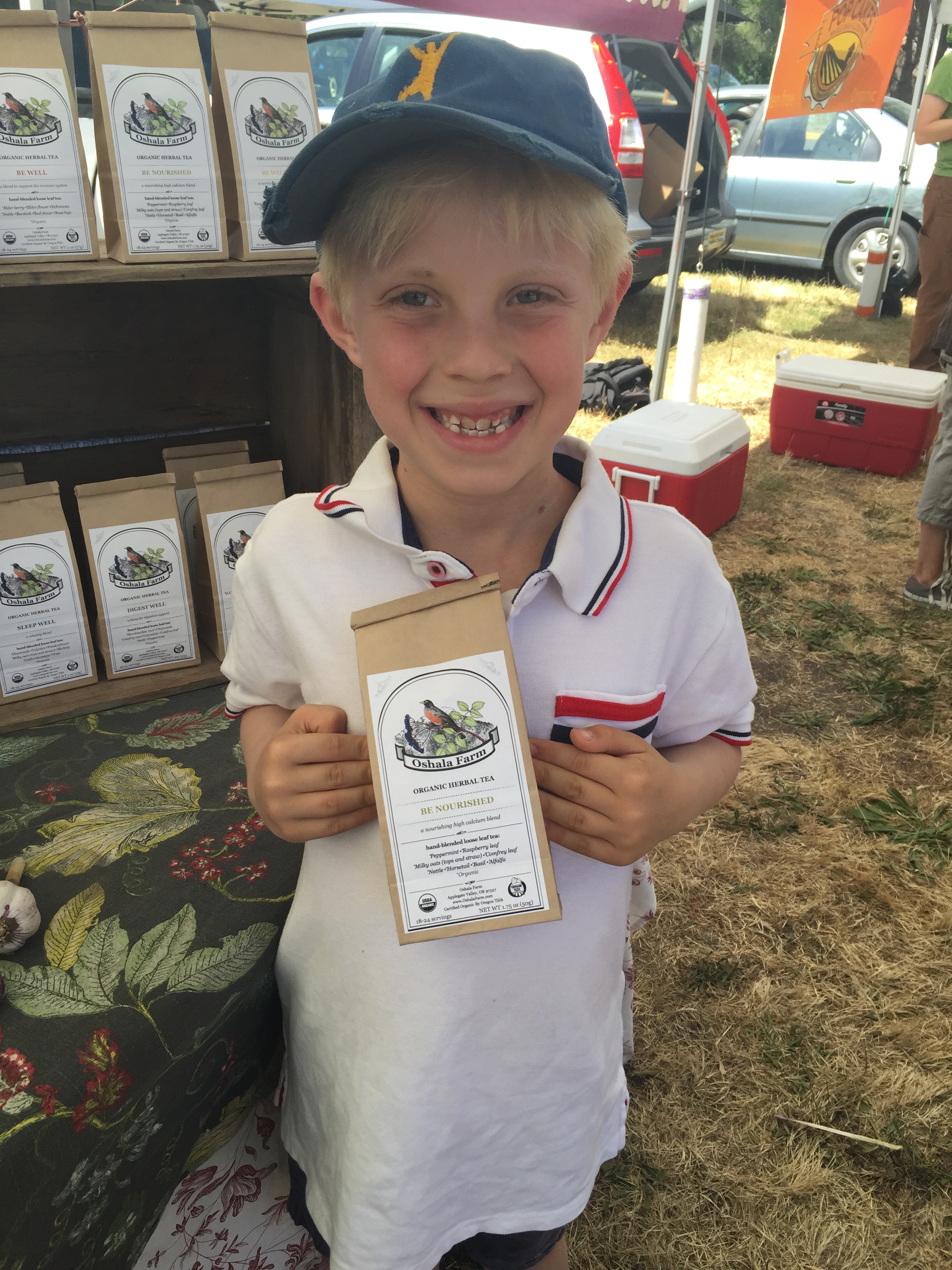 As we were walking around we saw a lady singing. She was holding a flower to her heart. I thought it was cool. We listened for a while and then went on with our mission…tasting food!  But I like how at a lot of farmers markets they have entertainment. Usually it is people playing instruments but this was a little different. Take a look and check out this video:
After this we went to another stand and the man there was named Tonton. My friend Michelle was with us and she seemed to know everything and everyone. She knew Tonton of course. He sells homemade hummus and these really good chickpea snacks. We are going to buy some of the hummus from the co op on the way home. 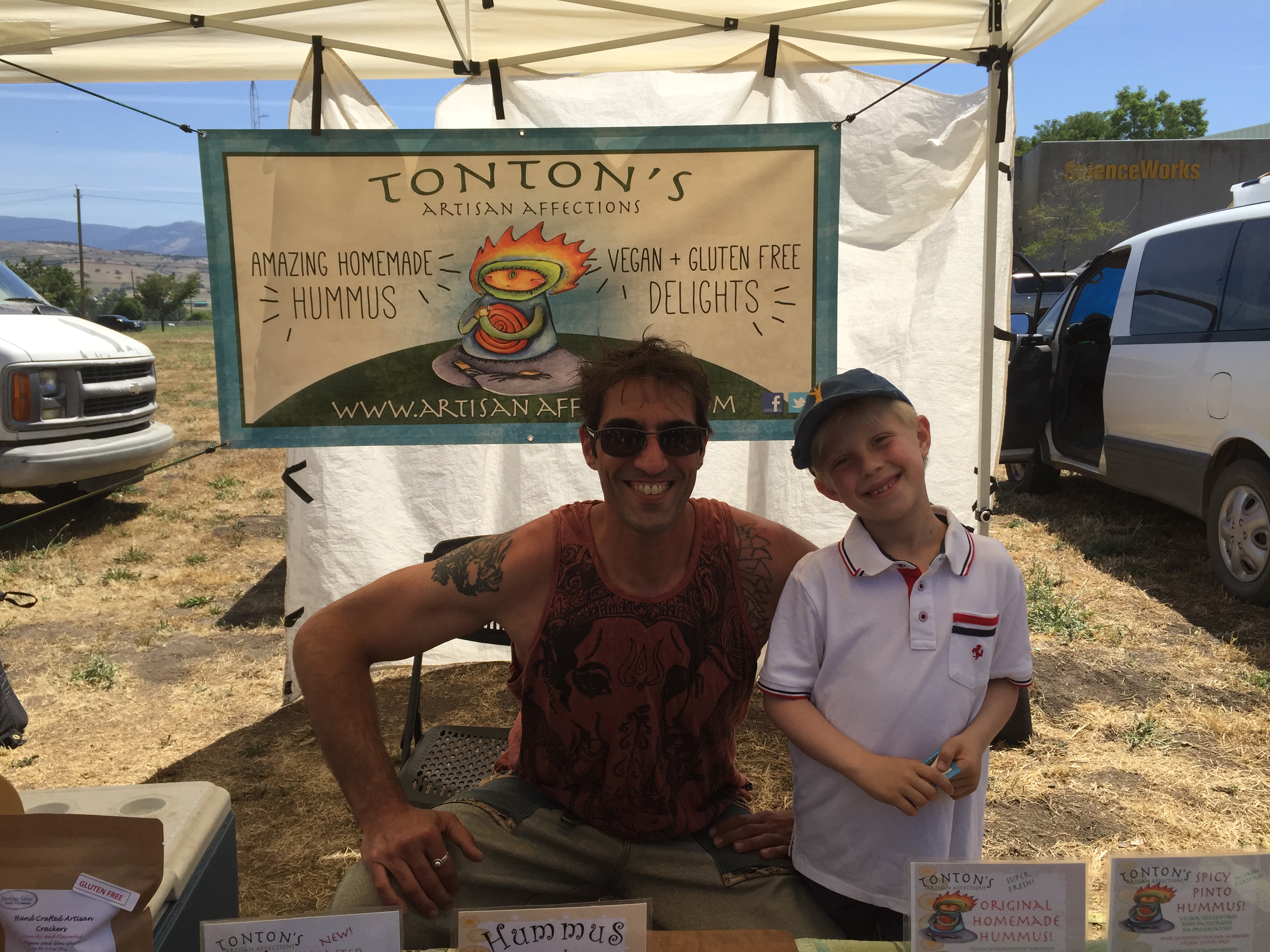 I love going to farmers markets and tasting at this one was great. I got to try a bunch of new things. I recommend you go to Ashland. But don’t stay too long because you might wind up moving here just for the food!  I am excited to share even more Ashland food reviews with you in the future!
Categories:
Tags:farmers markethomemade hummusorganic fruitorganic vegetableswellness tea
34 Views 1 Comments 0 Likes
Sharefacebookinstagramtwitter
Previous post Next post