Buzzing about The Hive in Santa Monica

Last week I was planning to go to camp on Wednesday, Thursday, and Friday. My former babysitter, who plays Team Handball, was visiting on Monday and Tuesday. On Wednesday, however, I was just having a really bad day and decided to come to my mom’s office with her instead of going to camp.

There were so many choices to choose from! I had such a hard time deciding what I wanted to get! I finally decided on the Hive Burger and a side of chips and salsa (no surprise). Of course, I had to have something Mexican. 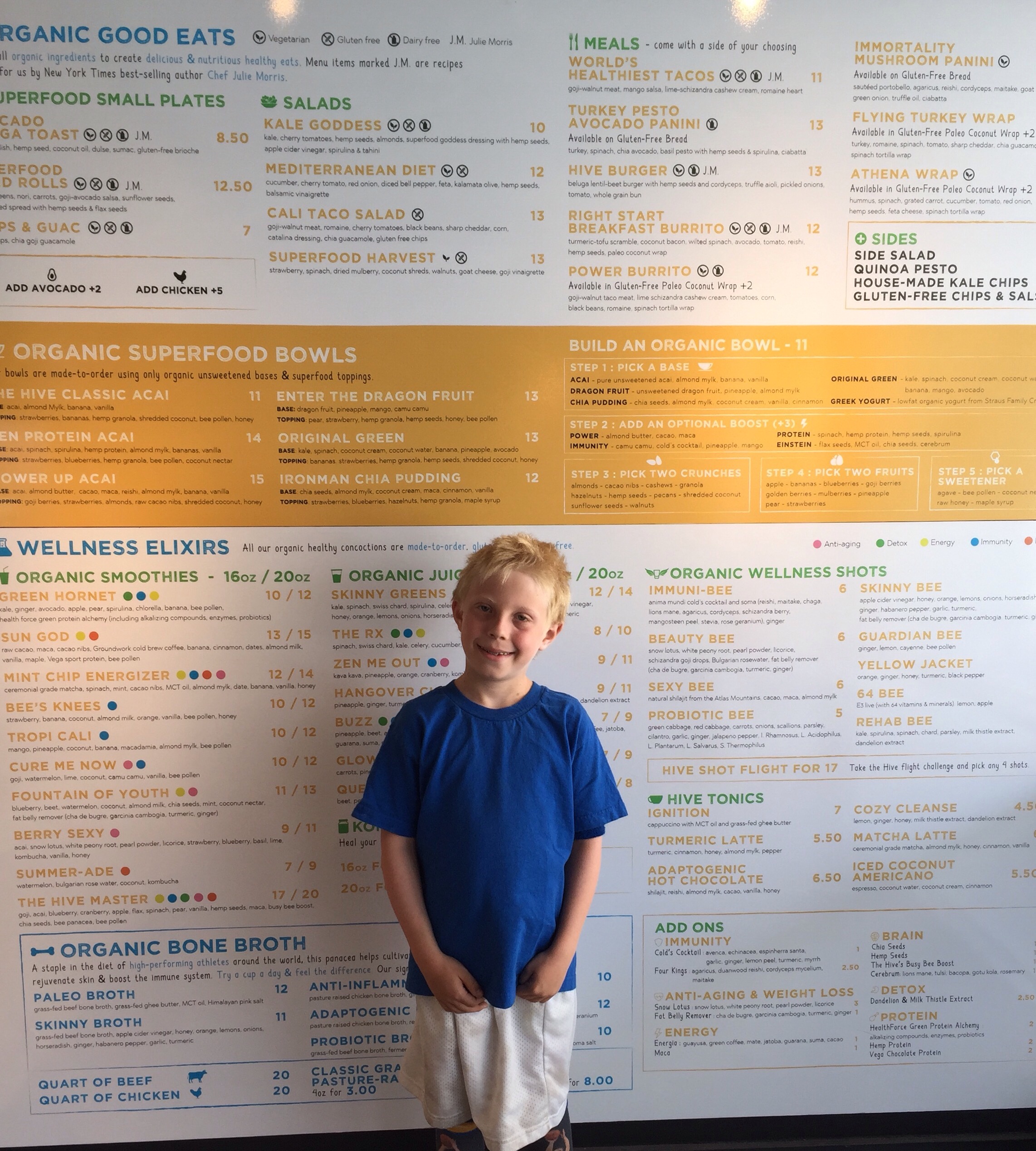 I chose a table near the window and sat down. While my mom was still ordering, I looked around at the atmosphere. There was a whiteboard with a whole bunch of sayings. That made me think of a saying I had heard in a book: always be kinder than necessary. Isn’t that a great line? Because it’s not enough just to be kind. Anyway, after that, I had to stop daydreaming because the food had come. 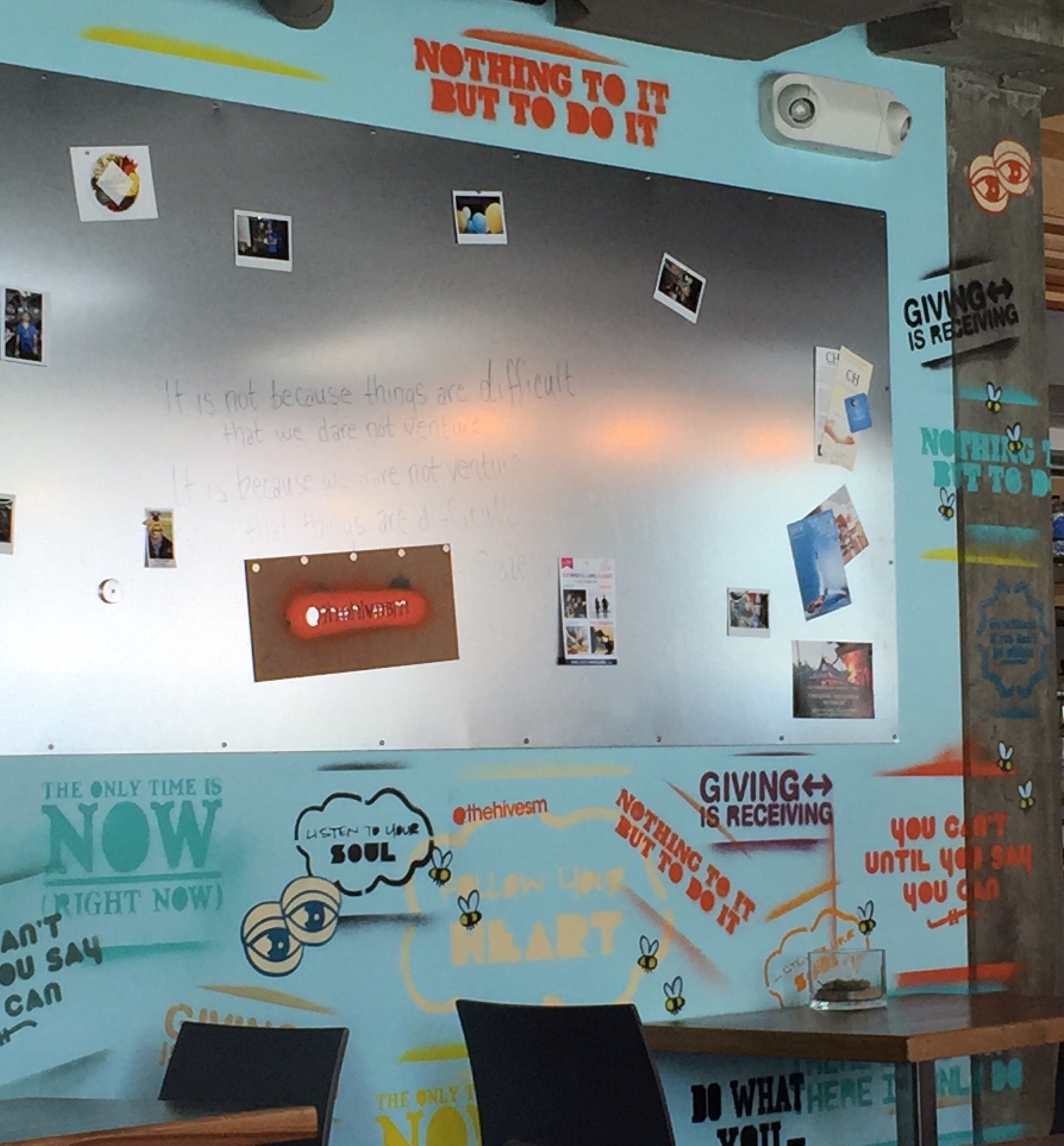 And what a meal it was! The burger was just simply AMAZING. This was a vegan burger made of beets and lentils. I enjoyed every single aspect of the meal. The chips and salsa were just as mind-blowing. Also, I had green salsa. I’ve never had green salsa before. My mom had the same burger and her side was the Pesto quinoa. She let me have some and boom – same thing. So, so good.  I was practically inhaling this burger. The burger had incredible gluten free bread, unbelievable tasting tomato, outstanding onion, and overall was a level above every other veggie burger I have had. Like Magic Johnson said, there’s Michael Jordan and there’s everybody else. It was the same with the burger. Yum. 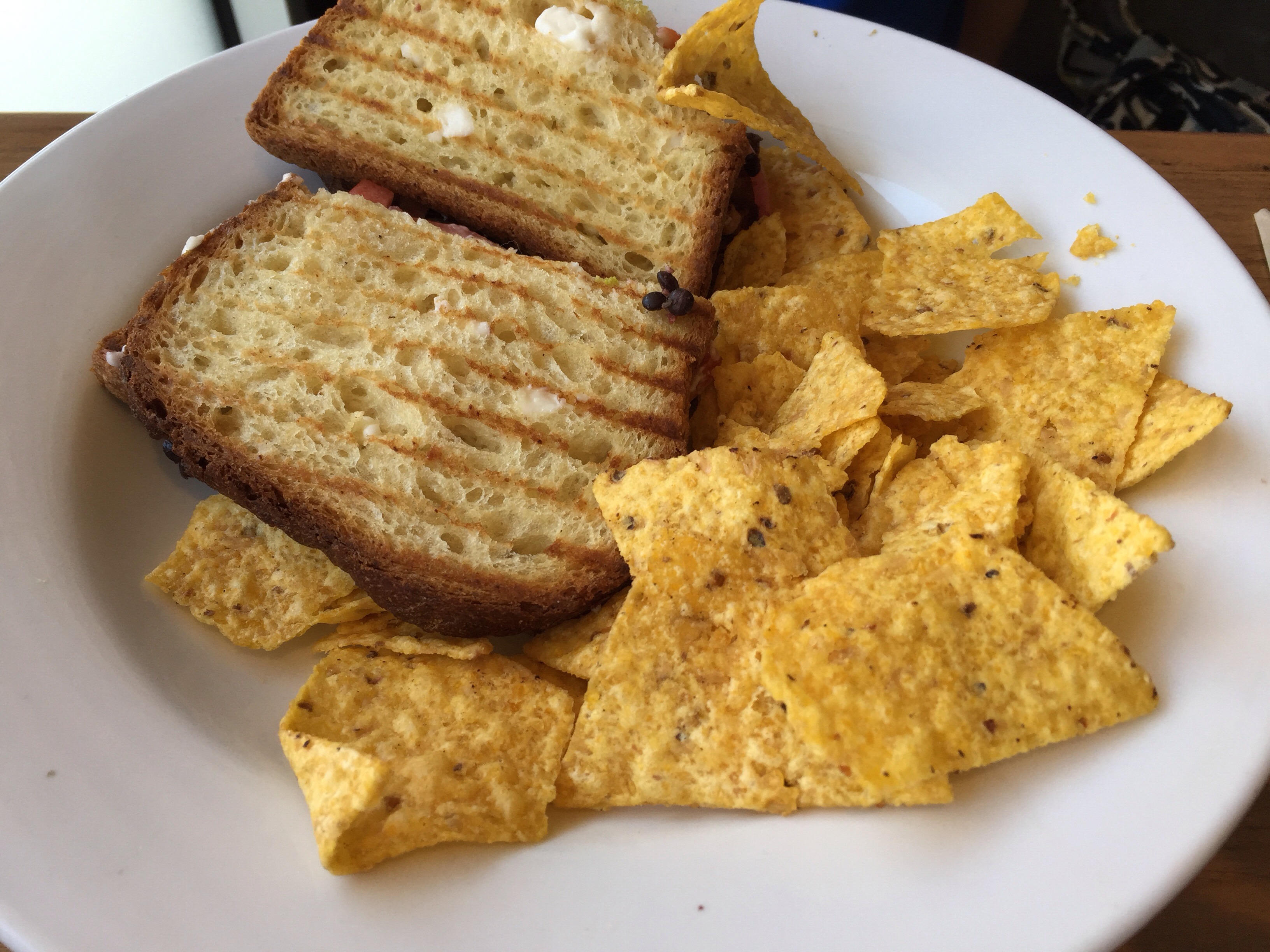 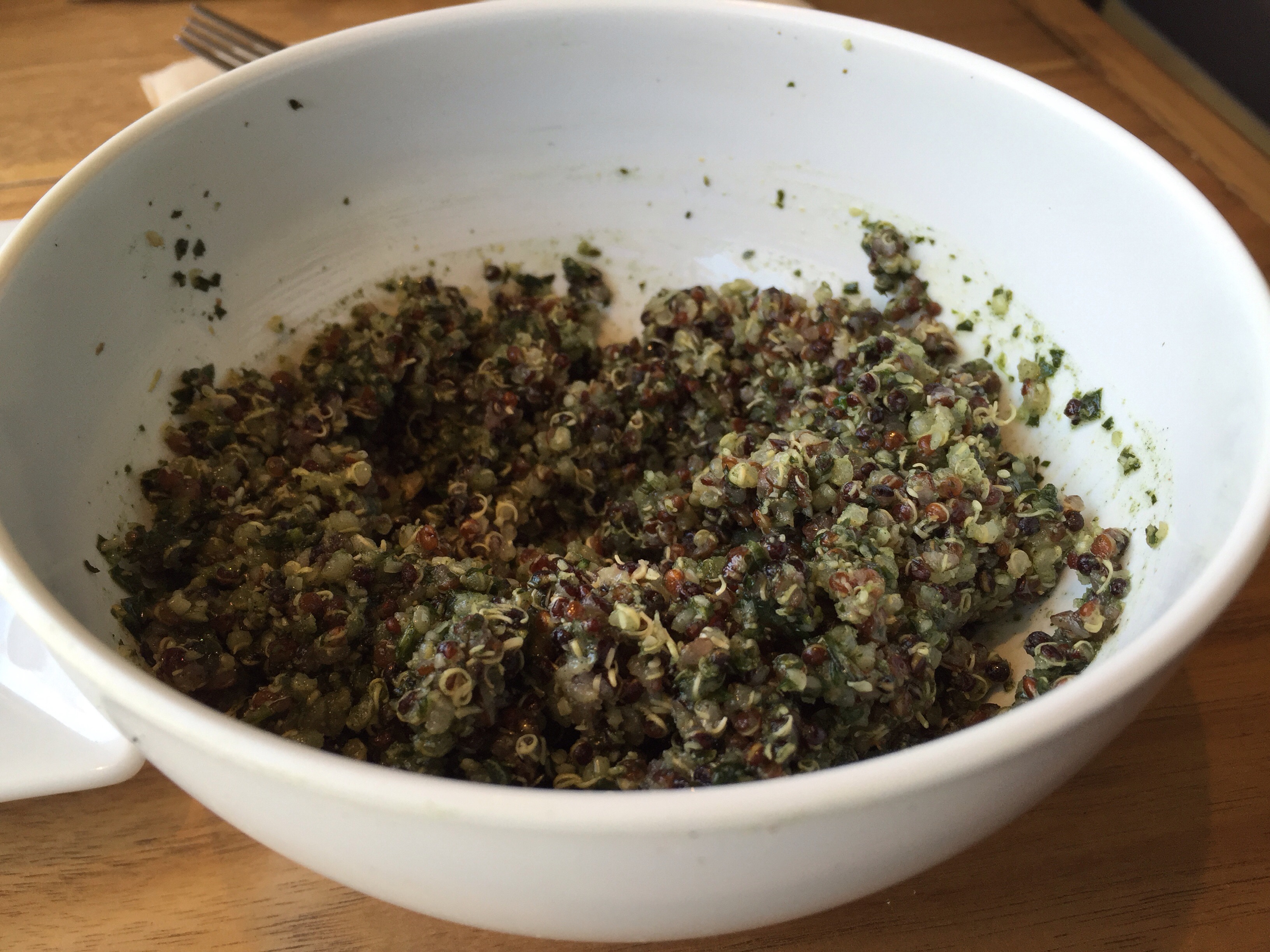 If you happen to stop by downtown Santa Monica, go to this place. You’ll be dying to come back the next day.