Do you love K-TOOS? Do you know what I’m talking about?  If not, you will be glad that I am introducing you to these delicious cookie sandwiches.  They are made by a brand called kinnikinnick.  Interesting name, isn’t it?  K-TOOS are a gluten and dairy free replacement for Oreos, a treat that many people like.  These are also vegan and vegetarian.  And by the way, they are really, really good.  In my opinion it is very rare to find a cookie sandwich like this that I can eat and enjoy like this. 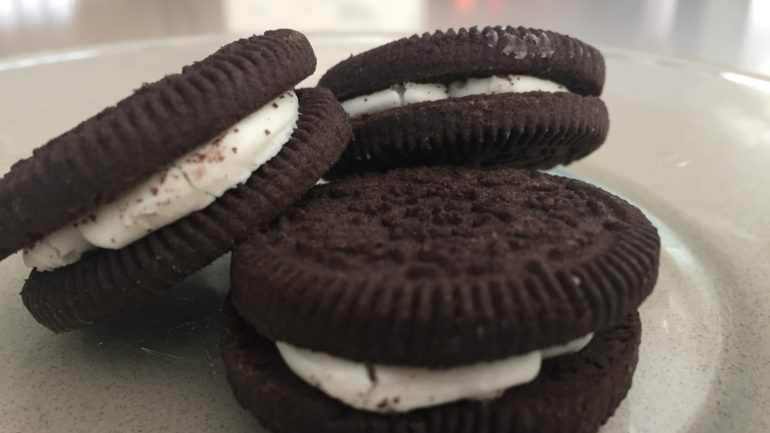 Let me help you understand how rare this is.  So, back in August I went to a Giants against Dodgers game.  Matt Moore was pitching for San Francisco and Ross Stripling for LA.  If you follow my blog regularly you know that I love the Giants, so I was rooting against the home.  SF took a three to nothing lead on a Brandon Crawford double that knocked Buster Posey in and then a 2 run shot by the Giants third baseman.   The Giants scored another run on a passed ball and the team from the Bay Area was leading by four.  Meanwhile, in the bottom half of each inning, Moore was keeping everyone in a blue and white uniform hitless.  In the bottom of the ninth inning, Corey Seager hit a two out, two strike blooper to right that dropped in for a base hit.  Considering that Moore had gotten a called strike three on a ball against Justin Turner, who was a pinch hitter that night, and an amazing catch by Giants center fielder Denard Span, I thought I was going to see a no hitter. But no such luck.  I have never left a Giants win so disappointed. 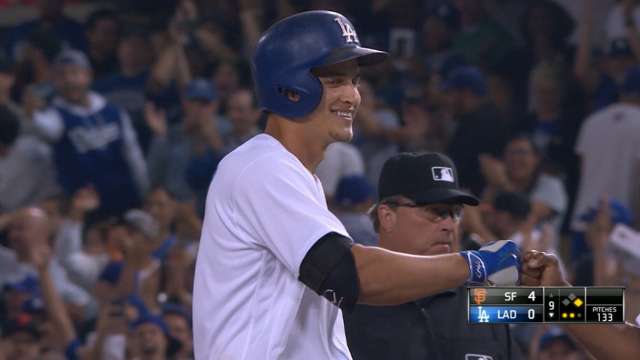 So, yeah, that was pretty rare.  As rare as finding a cookie sandwich that makes you H-A-P-P-Y.

K-TOOS are exactly like Oreos.  The two cookie outsides and the vanilla insides match an Oreo description.   Kinnikinnick’s slogan is ”Gluten Free Has Never Tasted So Good.”  I find this to be true.  And I think you will too. 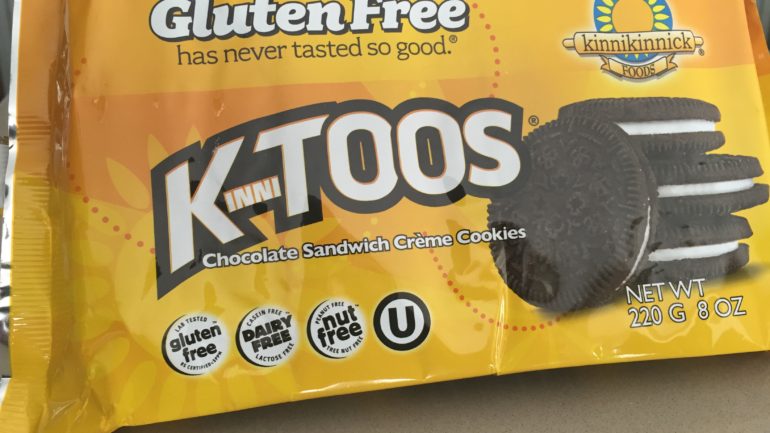 So I looked up the word kinnikinnik.  And it turns out that it is a kind of ground cover plant.  But it also has another meaning which is a “Native American herbal smoking mixture.” I’m not sure which meaning inspired the makers to name their company kinnikinnik but it’s a fun word to say!

Kinnikinnik has many different dessert products and they have many different package colors and designs.  I have only tried the K-TOOS so I can’t comment on the rest of their dessert products but maybe I will try them in the future and let you know!  In the meantime, let me tell you how I like to eat K-TOOS.  Because if you try to eat them this way I think you might enjoy them even more.

I take the top cookie off and lick the vanilla middle. Then I eat the cookie parts, one after the other.  It is really delicious. The part between the two cookies isn’t as soft and creamy as frosting or whipped cream would be.  It is a thin flat circle made out of vanilla frosting but a little more solid.  The cookie parts are really chocolatey and crunchy and I think it adds a lot to the vanilla frosting by having the two textures together.  Mmmmmmm.  I love these. 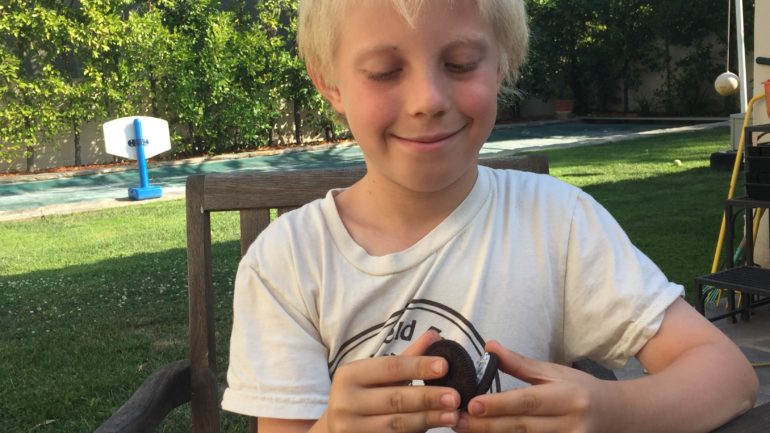