Last Saturday was my brother’s final soccer game of this season.  Then they were going to have a party afterward.  Unfortunately, the game was not exciting for our team.  We lost 8-0, or 8-nil as they say in soccer.  Sometimes I get more upset when they lose than he does!  My grandfather was visiting from New York, and he was none too pleased with the score.   Then as we were leaving (not to the party but home because my grandfather was going to take me out to lunch), one of the kids’ moms on the team, gave me some muffins she had made for me because she is a baker and makes a lot of GF and vegan desserts.  Her name is Andrea and it was really nice of her to do this for me. 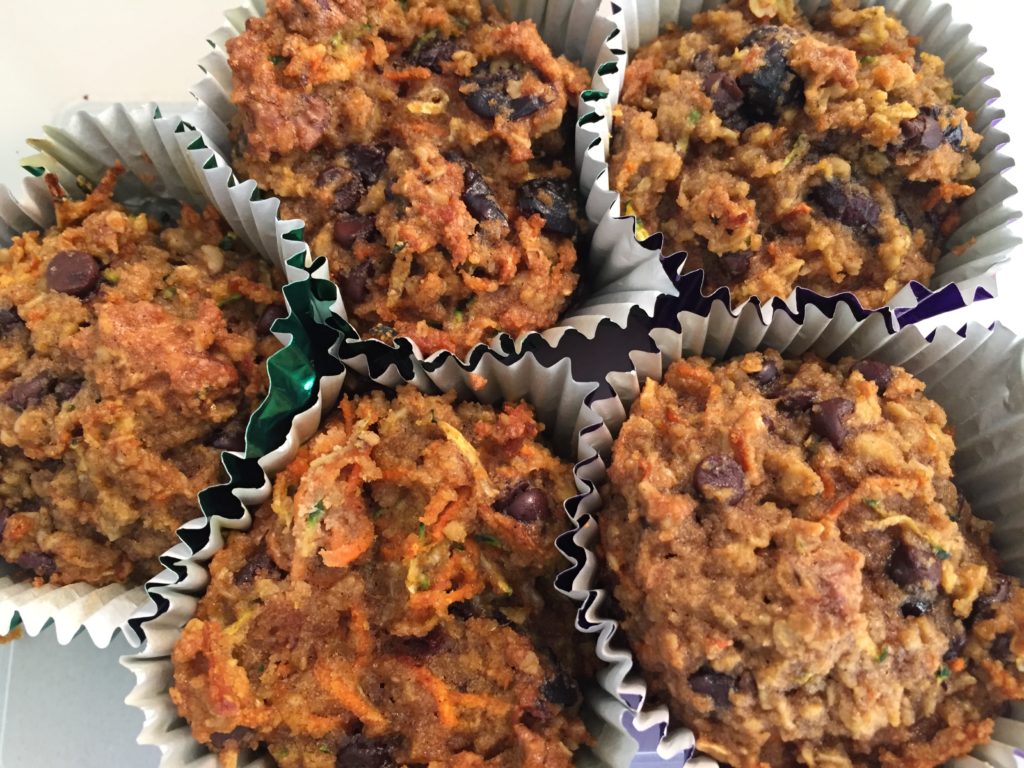 I still hadn’t decided what I was going to do for my blog post, so I thought these muffins would be a great thing to review.  They are actually called Superhero Muffisn, adapted from Run Fast Eat Slow, and they tasted like maybe they would appeal to Batman and Robin and that they might need a few in the Batcave.  However, donating a few to the Batcave was not ideal for me or up to my standards.  But I will share the recipe with you and maybe you will be more kind than I was.  Some people might have thought that I was cruel, not giving any to any another people, but I just have to say that I really, really wanted these.  I was craving these in a big way once I saw them.  And since my brother was off to the soccer party I was sure he was having his own treats so I didn’t feel bad about hogging these for myself! 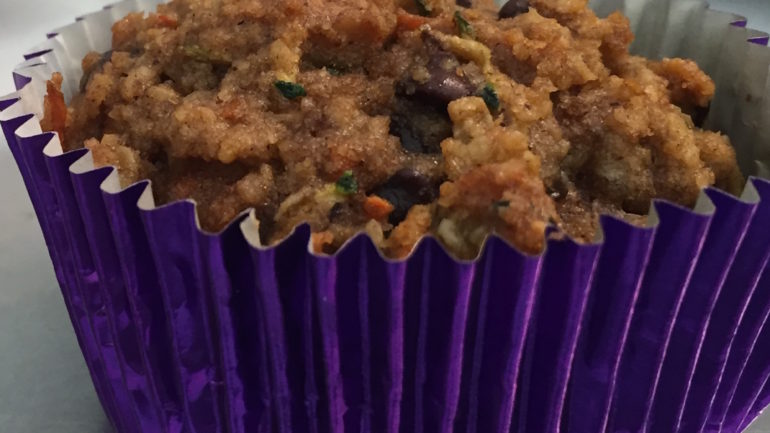 The muffins had chocolate chips in them which were very delicious.  The chocolate chips were melted into the muffin, and when I bit into it the melted chocolate filled my mouth. The chopped carrots and walnuts were good on my taste buds too, and it shows how healthy they are.  I liked these so much that I licked the paper clean!  It’s an interesting combination and one that I really enjoyed and I hope you will too!