I have been sharing about our recent trip to San Francisco.  We drove from LA, which is like the third time in a row we’ve done that without taking a plane and we got there at about 5:00 pm. My uncle has a condominium in the city and we were staying there.

After driving for so many hours, we were pretty tired so me and my dad went to pick up Chinese food. I have never tried Chinese food, simply because there is a lot of meat and not many people make vegan or vegetarian Chinese food and especially gluten free. But we were so excited to find a place that we could eat – and so many choices.  It is called Loving Hut.  If you know your way around SF, then the restaurant is on Kyrie and Irving.  Hahaha.  Just joking. It is actually on 7th and Irving but I had to make that basketball joke.  Loving Hut was a ten minute ride from where we were staying, and when we got there we had to park a block away because there wasn’t much parking.  We walked by a big building.  It had a bunch of signs on it.  One of them said ” Unattended Children Will Be Sold To The Circus”.  My dad and I thought that was funny and took a picture that looked like I was lost. 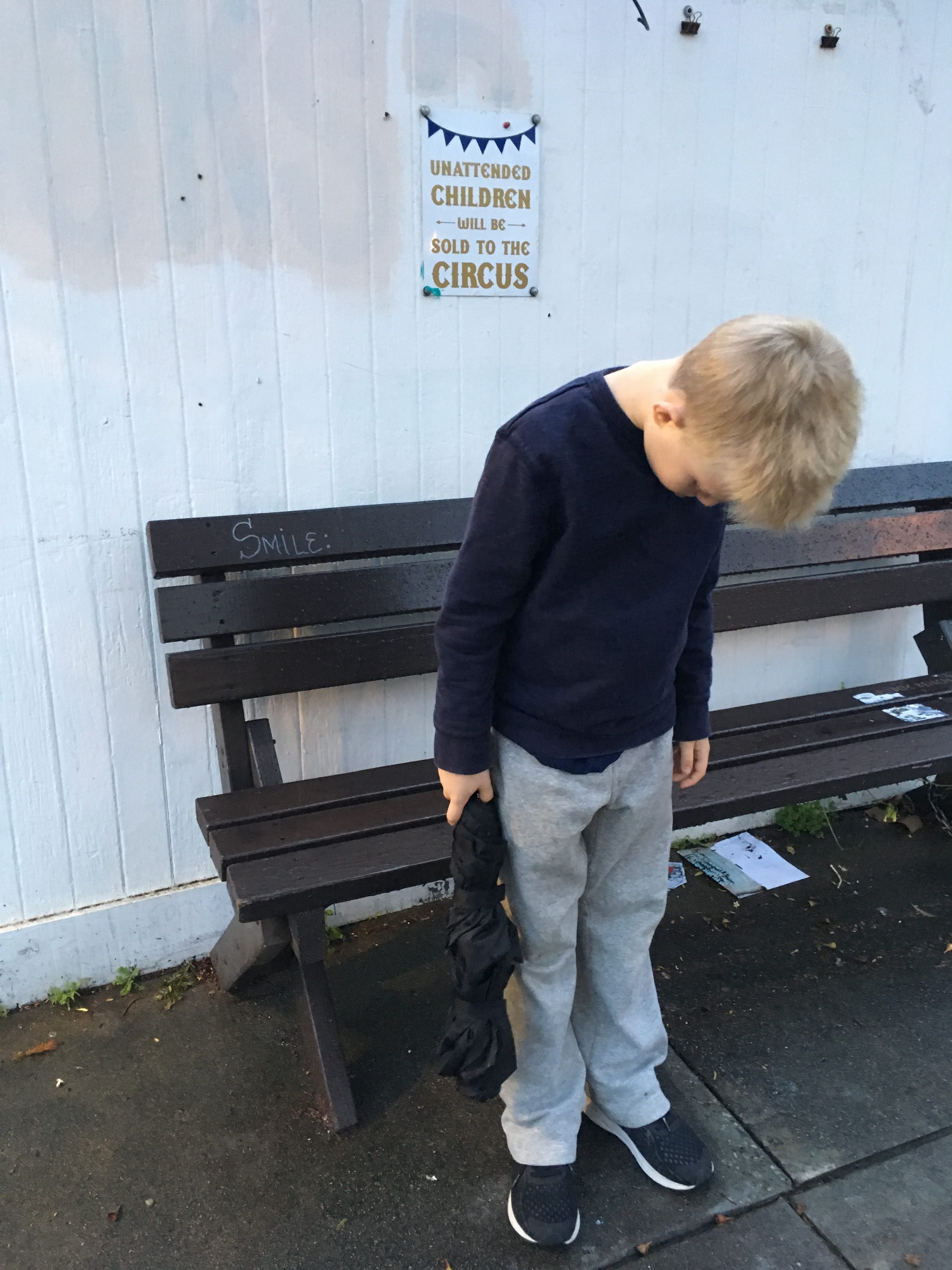 We had ordered ahead so we just had to wait a few minutes for the food to come.   While we were waiting we saw some chocolate bars in a little box and I checked them out.  There was dark chocolate raspberry bar and MELK chocolate and peanut butter.  It was dairy free.  We bought one of each and I will review them in a later post. There were also pictures on the wall of famous athletes and people who were vegan.  Did you know Albert Einstein was vegan?  I did not.  It was cool to read about the other people too.

We brought the food home and set it up on the table.  I don’t think I have ever been so hungry.   I had an eggplant and tofu dish, a green bean dish in a sweet and sour sauce and 2 spring rolls. 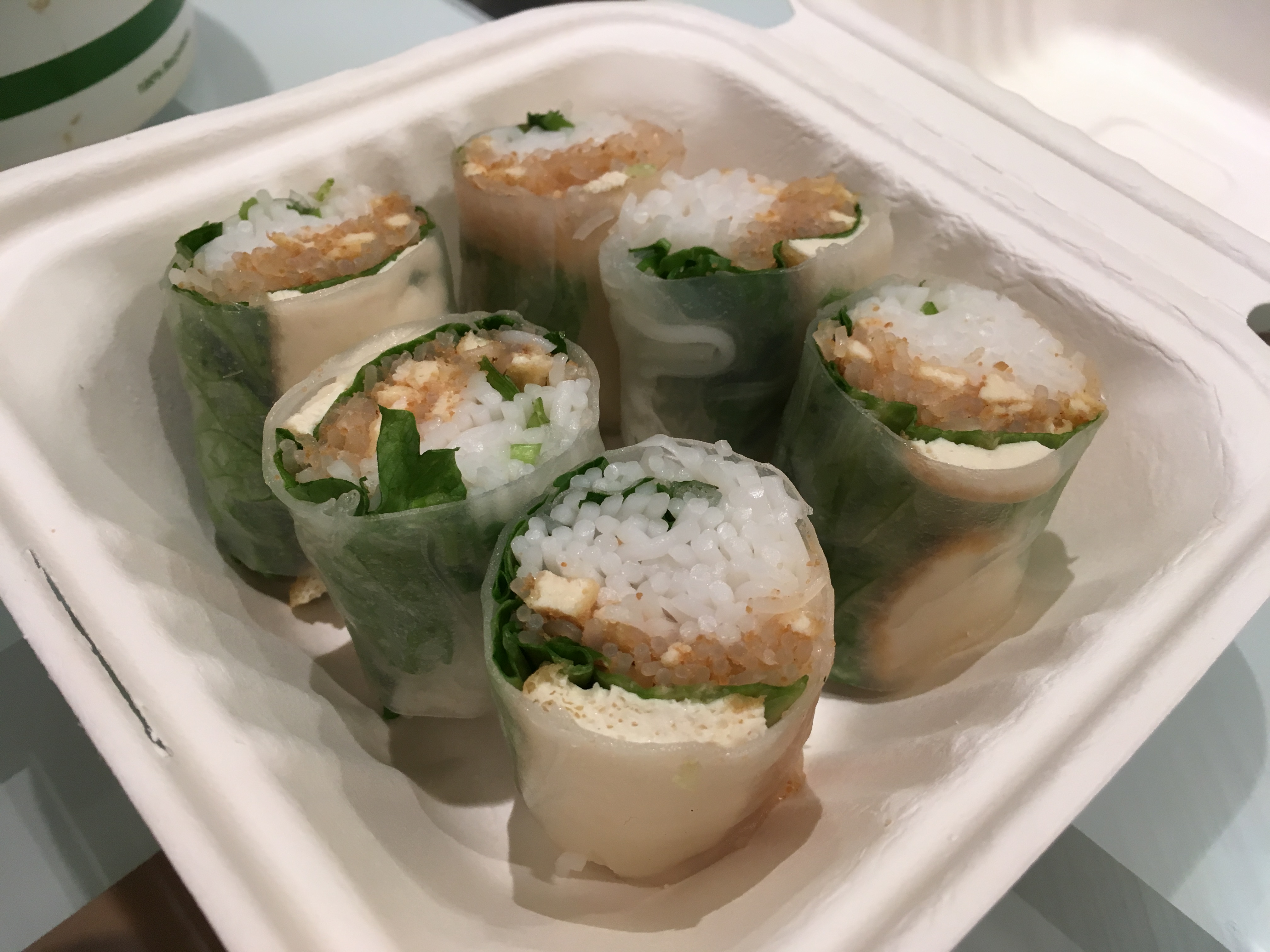 I also tried a Chinese dish called Kung Pao, but it was too spicy for me.  But the other parts of dinner were fantastic.  I had all of those things I mentioned plus Pineapple Fried Rice and Pad Thai Noodles (which aren’t really Chinese Food but were still on the menu)!

I plowed into it with a big smile on my face.  The sauce went great with the spring rolls, and I absolutely loved the green beans.  And the Pad Thai went well in my stomach.  And I bet you can guess how much I loved the eggplant – so much! 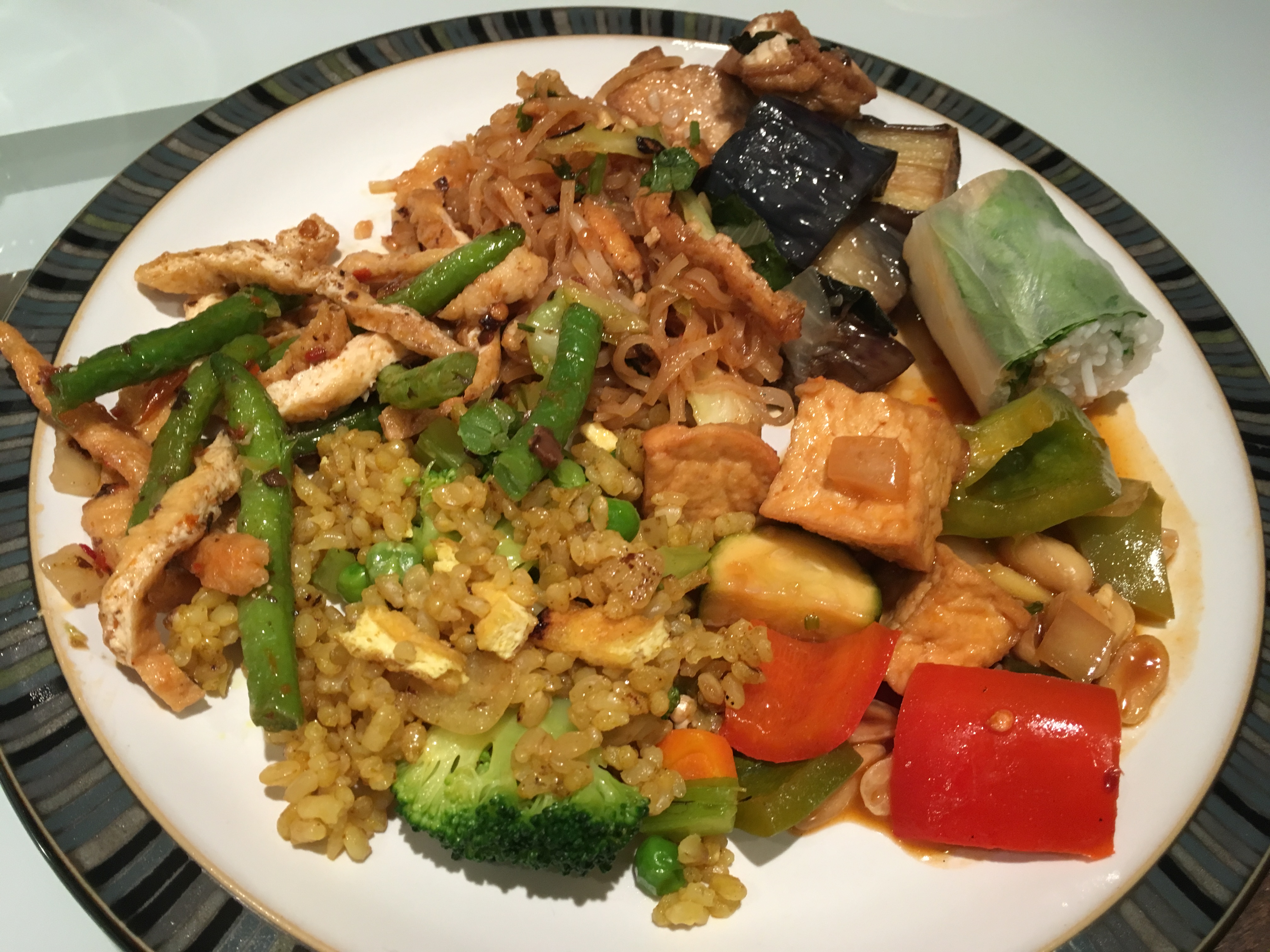