Patxi’s Pizza is Loaded with Toppings

On a recent trip to San Francisco we ate pizza at a restaurant called Patxi’s.  It’s pronounced (Pach-ees).  I really want to tell you about it because everyone likes pizza but it isn’t always easy to find a pizza place with choices like gluten free pizza crust or non dairy cheese.  Whenever I find a place with options, I get excited.  Patxi’s is in Noe Valley in San Francisco, which is a fun neighborhood to walk around.

When we walked inside, I knew I would enjoy this place because there is a Matt Cain jersey on the wall and I like the Giants, so I was interested what other kind of cool stuff Patxi’s had in store for me.

Of course this restaurant had to have something really good to make me love this place.  That something was a TV.  They had an interesting Olympic sport on.  It was called Curling.  I had never watched it before, but I tried to figure it out.  You slide a puck down an ice rink.  After you let it go, there are two guys on your team that scrape off the ice in front of you so your puck slides more clearly.  Then they have a really complicated points tracking system that I don’t understand and could not figure out how it works. If you have any idea you should tell me.  But it was still pretty cool to watch: USA v. Japan. 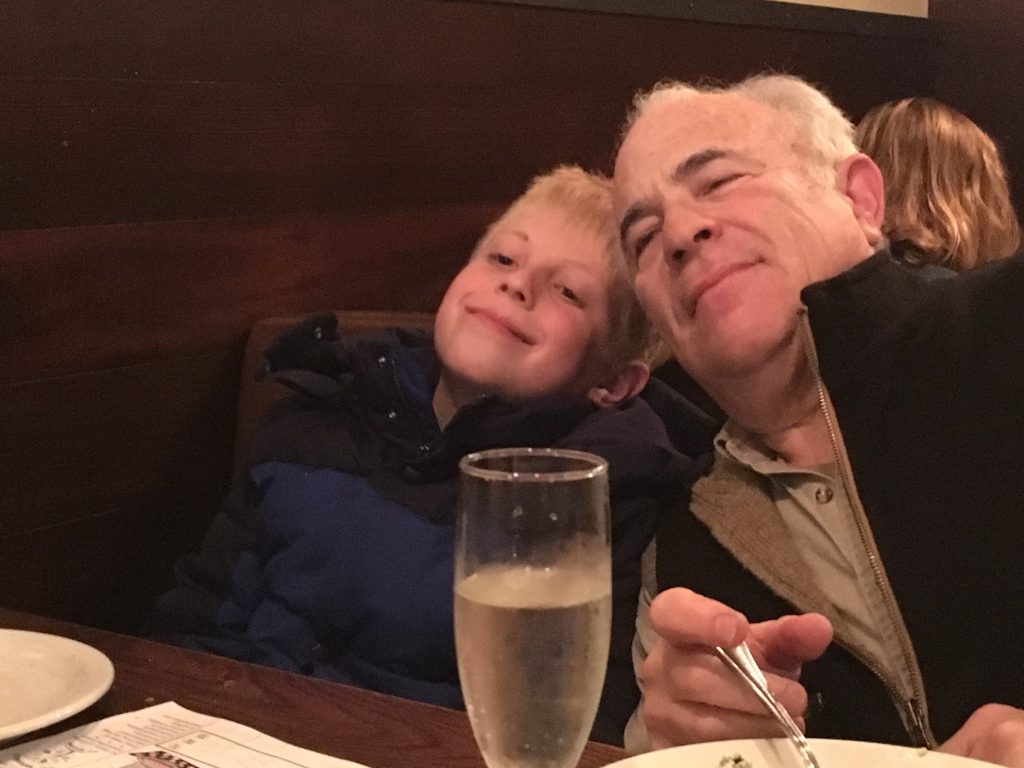 I ordered a pizza with olives on it.  There were bits o’ mushrooms on top, and it had no sauce.  While I was waiting for it to come, I watched Curling and played an intense game of dots with my grandfather.  He beat me by a small margin of 8 to 7.  On the curling front, Japan had beaten USA in the first match but the USA was leading in match #2.  Then the food came and I was totally shocked by one thing.

Have you ever eaten pizza where they always cut down on toppings?  At some places you might order a pepper pizza and they give you like, two pieces of pepper on the pizza?  This place overloaded on the topping.  There were at least 17 olives on each slice!!!!  I loved it so much, I plowed through each piece like crazy.  Mmmmmmm!

My mom had pizza with portobello mushrooms, roasted red peppers and roasted garlic. She was very happy with her pizza too.  In addition to having lots of choices for people who don’t eat meat or have allergies or food sensitivities, we talked about how the crust was really good. We both think that it is hard to make bad pizza.  BUT it is also hard to make truly amazing pizza.  Usually the thing that goes wrong is the crust.  It is either too soggy in the middle or it gets burnt on the edge.  This pizza was perfectly done. 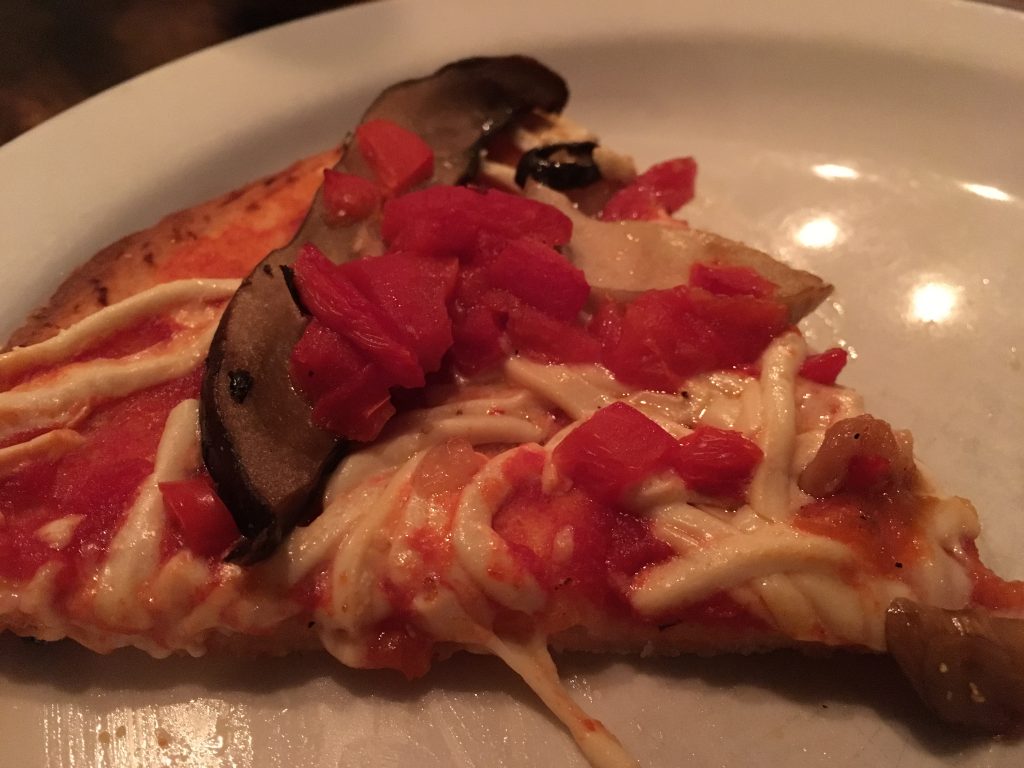 I think you will love this place if you’re a Giants fan or just a serious pizza fan.  I will be back again.