Sundays in our family are usually stay at home or out of the house days that are planned for one activity.  But we had never done something where I didn’t know what we were doing until we were actually doing it – until it happened this past Sunday.  What we were doing was up to my mom.  She decided to do a Surprise Day.  If the day was just about what she wanted to do, my mom would have been getting treatments at a spa.  That would be fun for her but that probably wouldn’t be my cup of tea.  So she planned something we would all like to do. 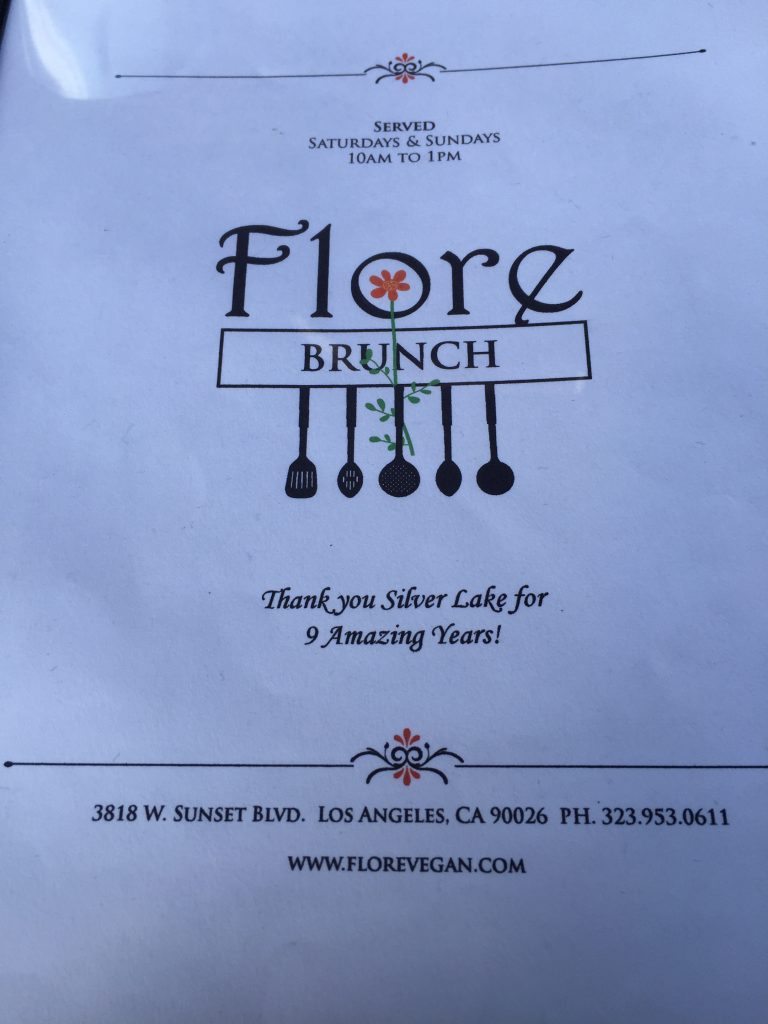 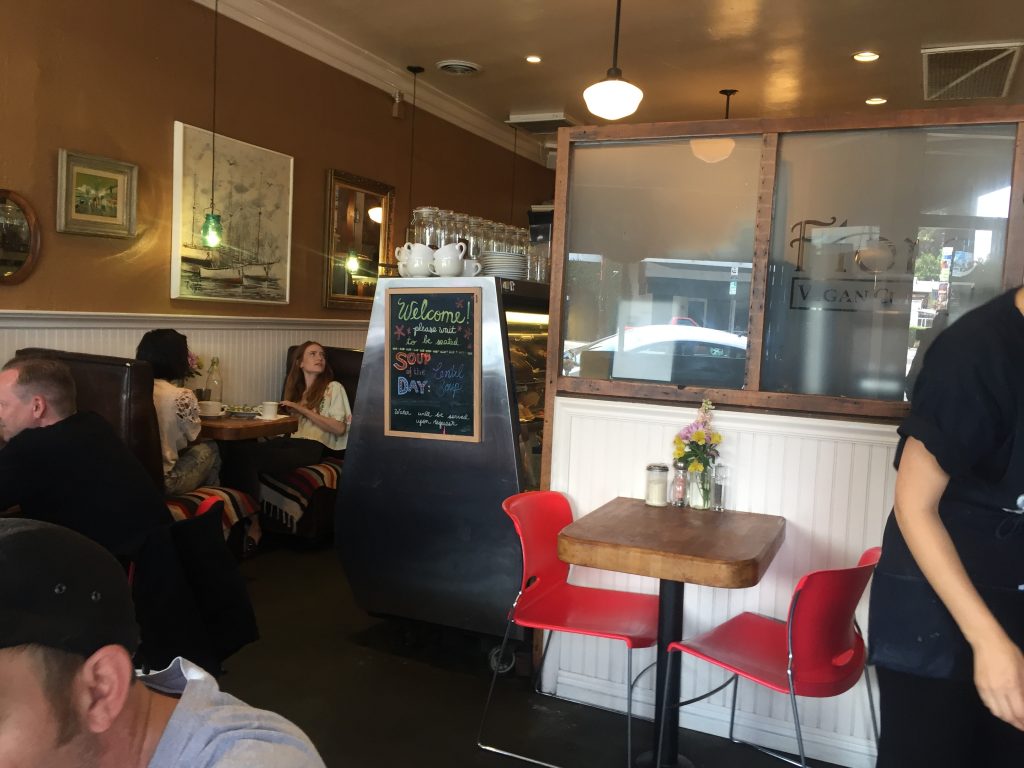 My mom took us to Silverlake after my guitar lesson.  Thirty minutes later, we were pulling up to a restaurant called Flore. The place was a vegan restaurant and cuisine. And almost everything on the menu was gluten free.  Both me and my brother decided on the blueberry buckwheat bliss pancakes and my mom ordered the southwest tofu scramble. 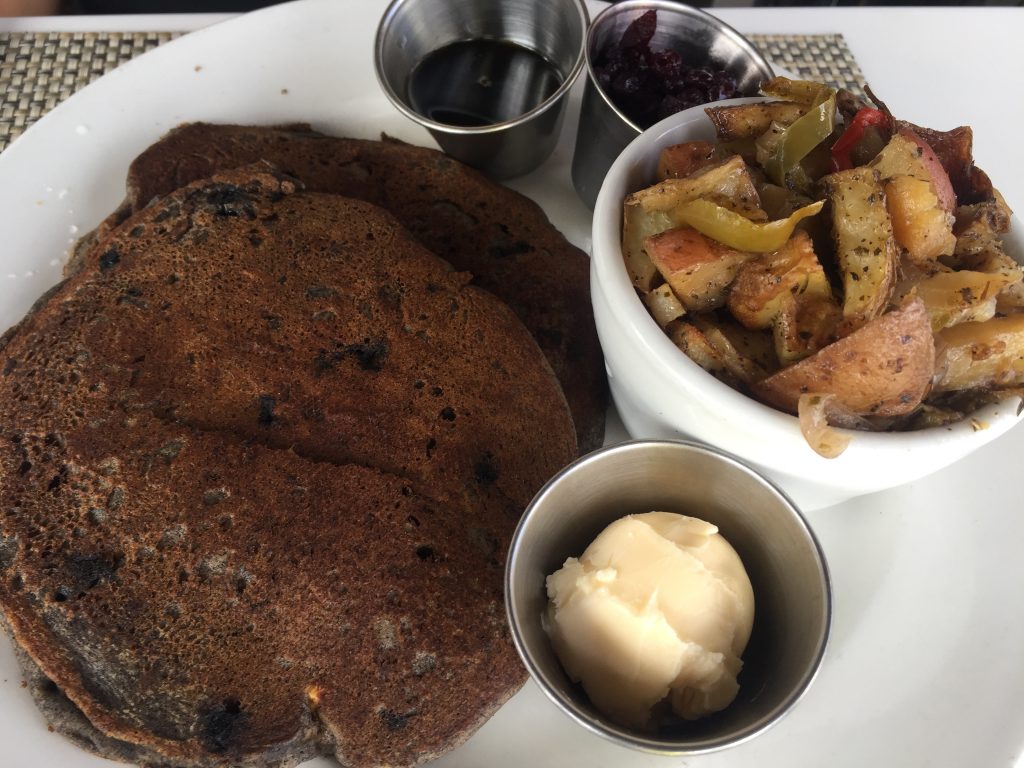 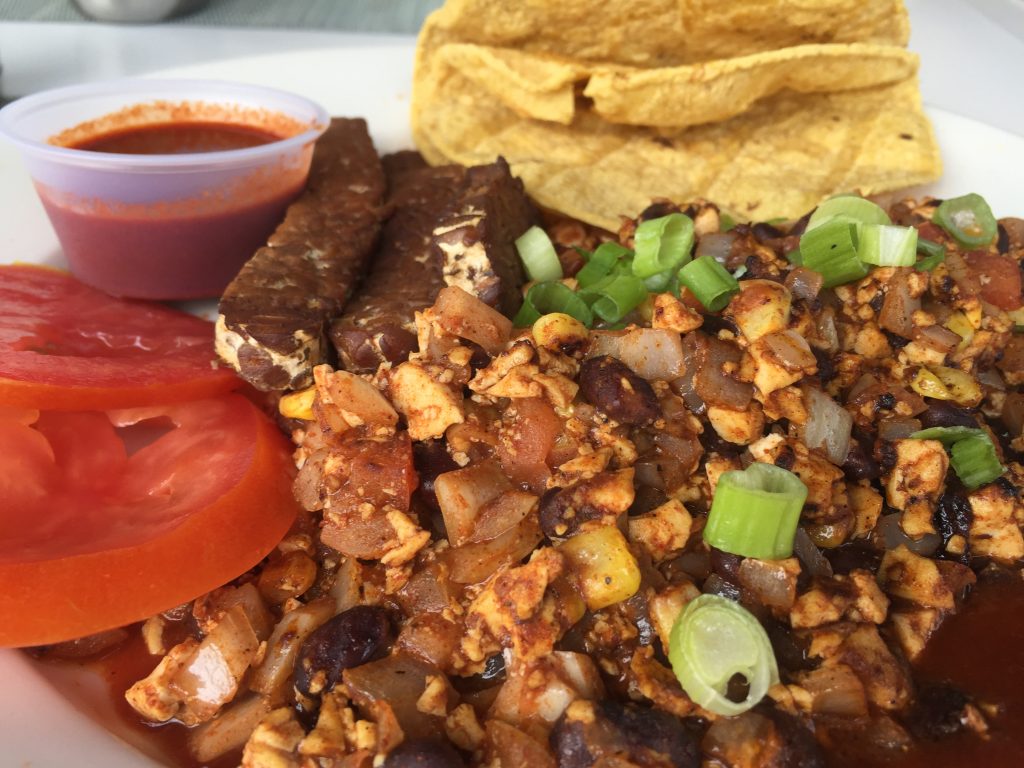 I was so hungry, I was rubbing my tummy in hopes of making my hungry belly stop growling for food so much, but all it really did was make me more hungry.

Then the food came. As my mom said, it’s kind of hard to make bad potatoes, but it is hard to make spectacular ones too.  Flore’s potatoes were a home run.  The pancakes were no less spectacular. I demolished them along with blueberries and maple syrup.  The pancakes were super sweet, but the savory potatoes kept a good balance.  If I could go there again, I would order the exact same thing.  They also gave huge portions.  That was great for me because if I don’t get enough food I am stressed to the Max!  Henry ordered the same thing and seriously attacked his food just like me. 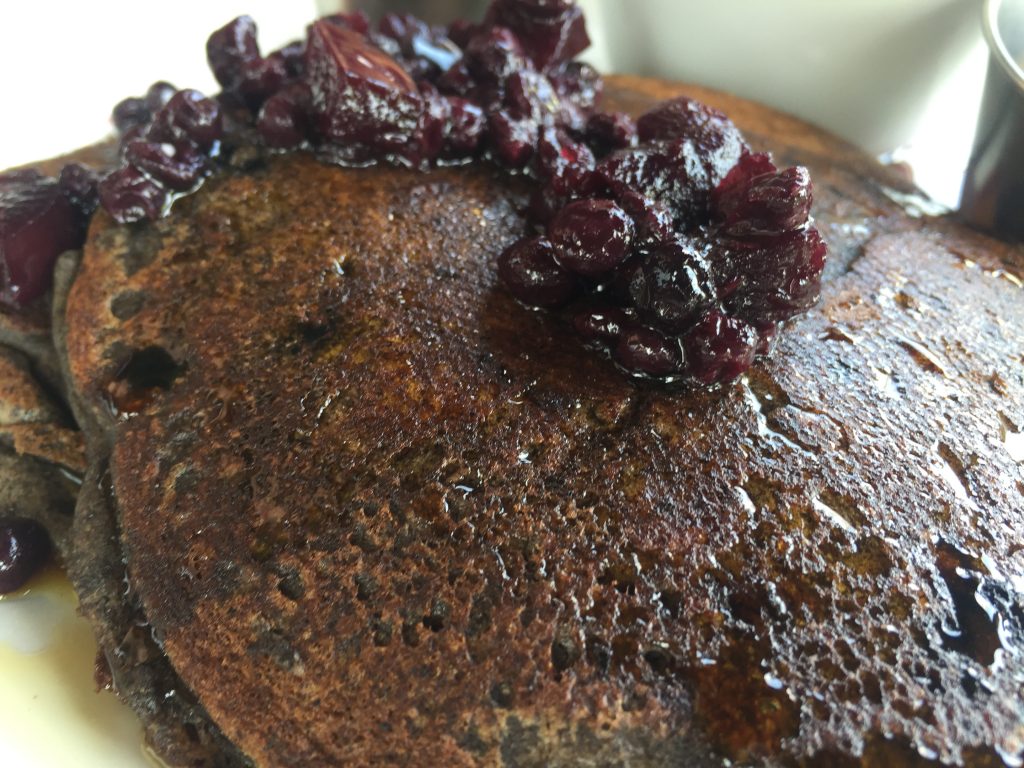 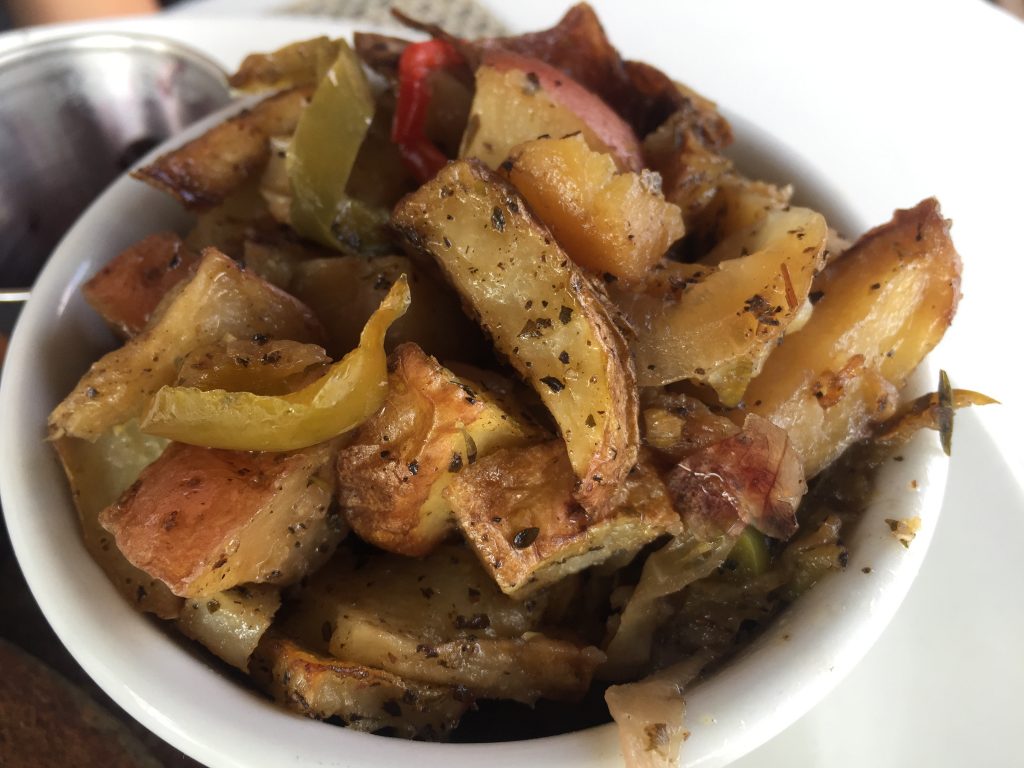 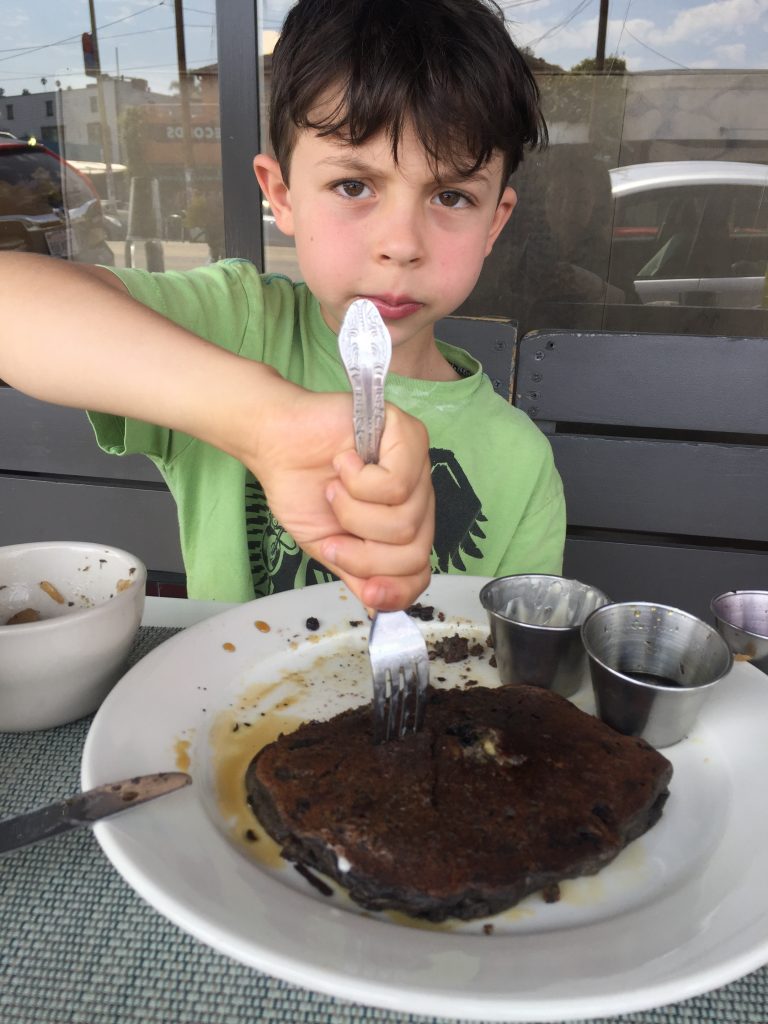 My mom’s food was pretty delicious too. She had a couple corn tortillas with a tofu scramble with beans and corn and salsa. I also had a taste. My food and her food were one of the best breakfast/brunch dishes I’ve ever eaten. Yum! 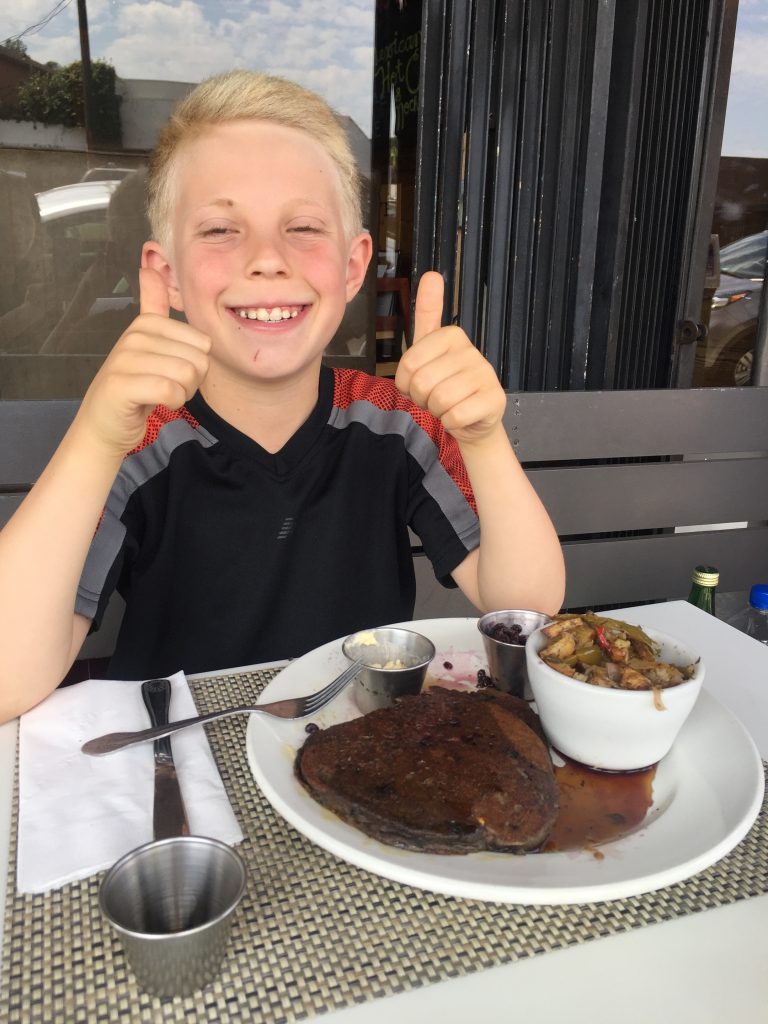 After breakfast we headed into Echo Park.  My mom took us to a big lake.  We were going pedal boating!  Pedal boating is for two people to pedal with their feet, and the other person to steer.  My mom pedaled, and my brother and I took turns steering and pedaling. Our favorite part was going under the water things that shot up water 80 feet into the air!!!  By the end of the time it looked like we had taken a shower! 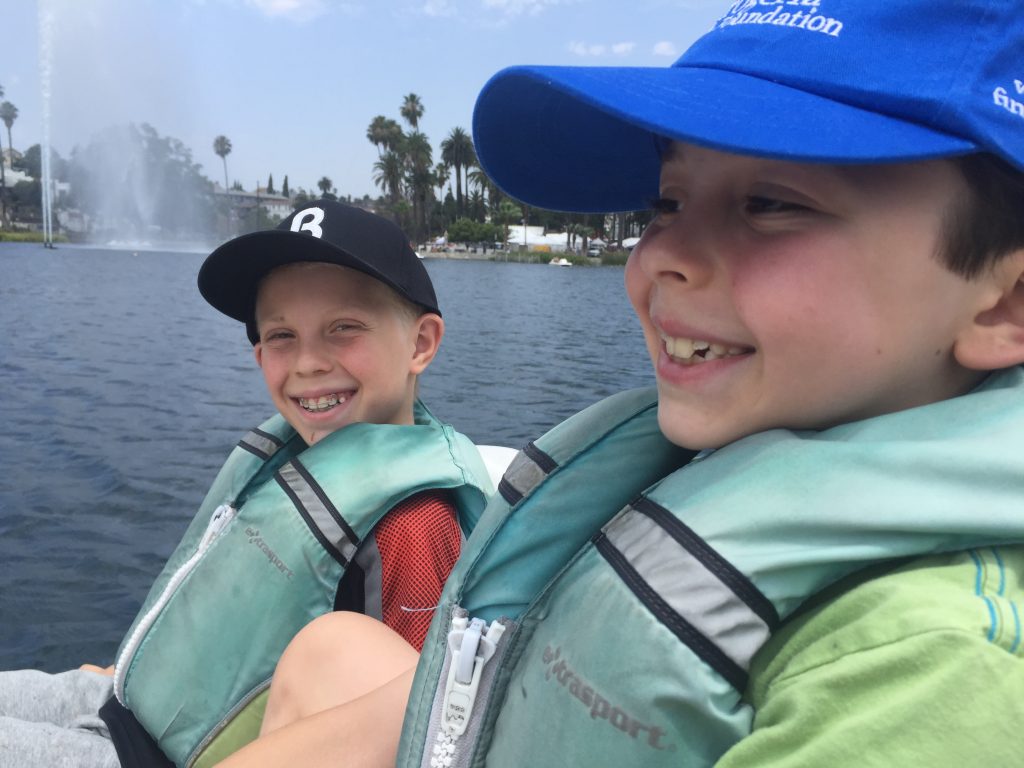