If you like Thai food, Thaiphoon will blow you away

This week me and my brother went to Palo Alto to visit my Uncle and Aunt.  We usually are with my cousin Raeya but she was at horse camp in Vermont.  So it was so weird that we were without her but at her house.  We also went to two Giants games.  San Francisco lost the first against the Padres 5-2, but then rallied to beat the Pittsburgh Pirates 2-1.  So it was a good experience but there was also another reason I enjoyed being up here in addition to spending time with my family.

My aunt and uncle have someone named Annie that helps take care of my cousin Raeya but she is also an AMAZING cook.  She makes absolutely delicious food and I was ready to go to town.  While I was here she made extraordinary burritos, spectacular chilaquiles, and also made some indescribable nachos.  I told my mom that I was practically going unconscious from how good her food was.

I was also excited about the situation eating out of the house. The city of Palo Alto has some pretty good food choices for people with allergies and different food preferences.  We found a great Thai restaurant I was interested in to go one Thursday night. 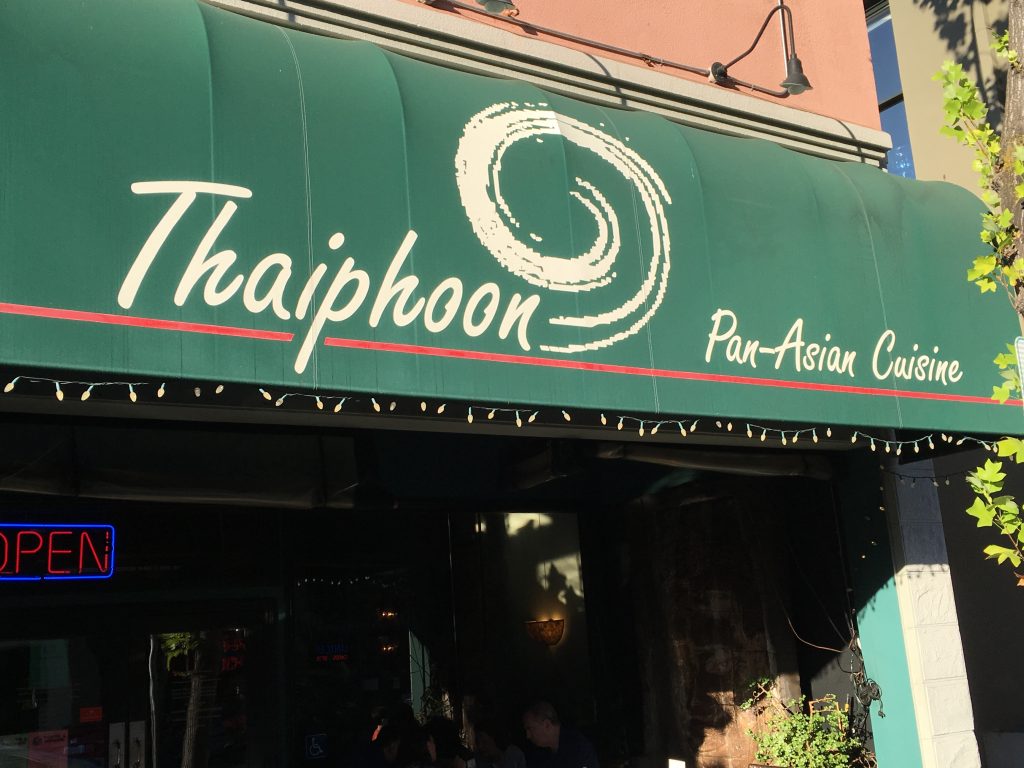 The restaurant is called Thaiphoon.  Most of the things on their menu were gluten free, and a lot of choices were Vegetarian/Vegan.  They had a bunch of pictures on the wall that were really good.  They had one of someone sitting in a chair and one guy shooting a crossbow.  It was all black and white and they had light in between each picture.  I thought it contributed to a nice atmosphere. 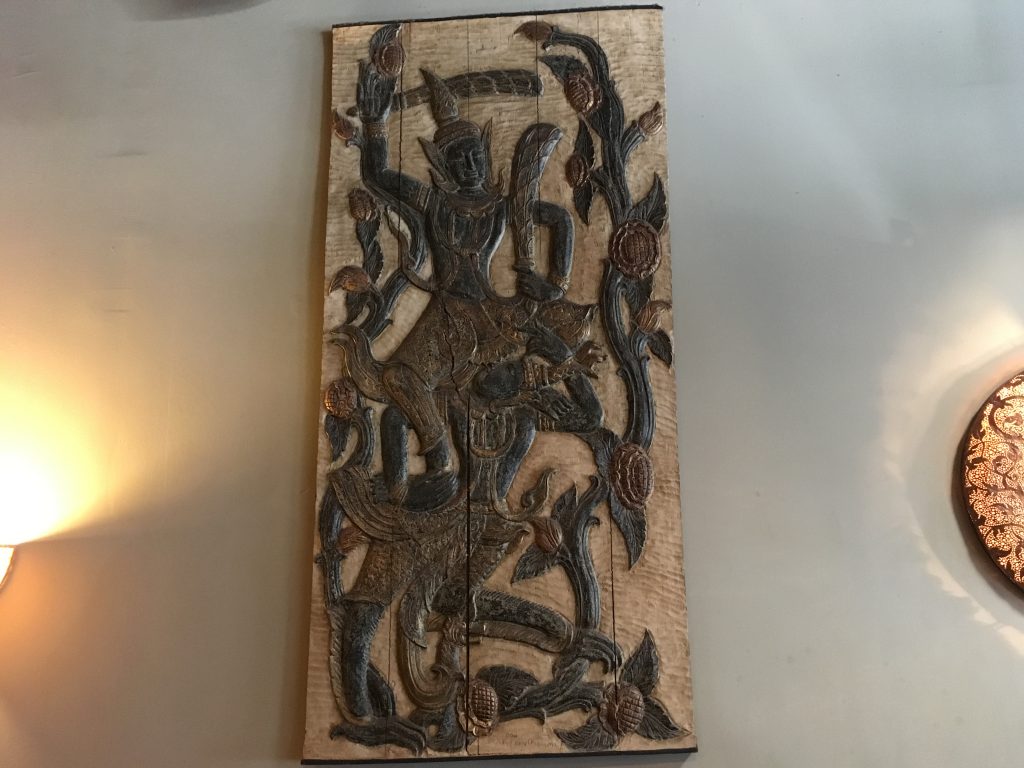 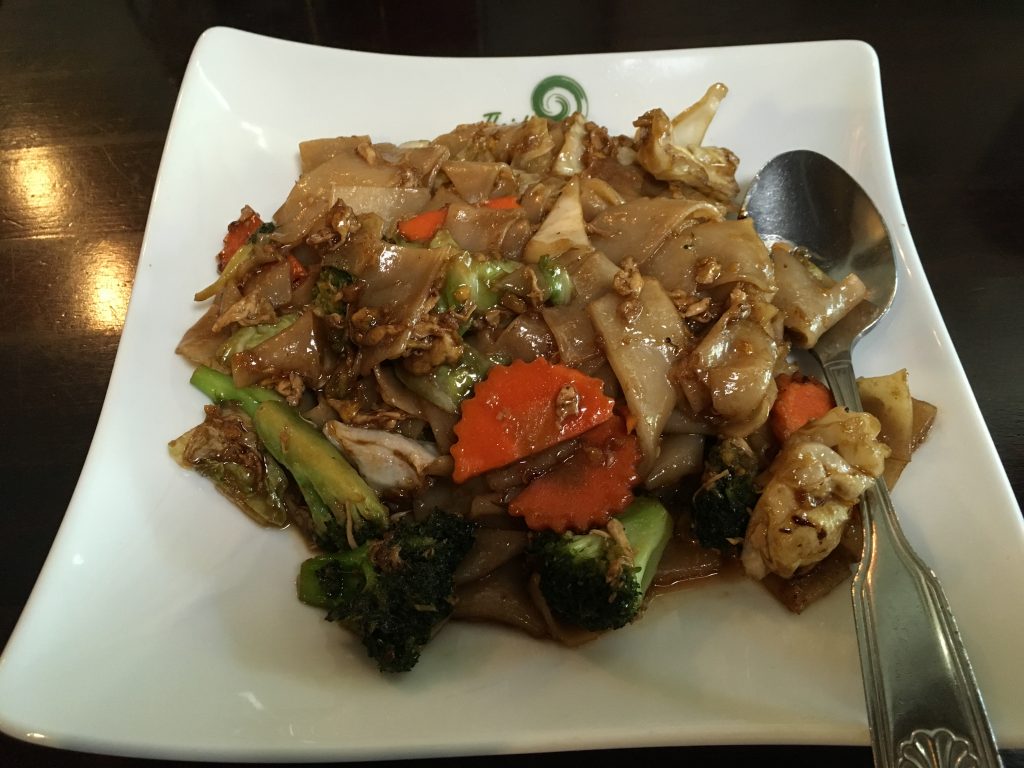 I can’t describe the flavor.  Sweet and sour, savory and spicy, the noodles and eggplant offered up the perfect combination.  My taste buds got practically all they could ask for too.  I devoured my food! 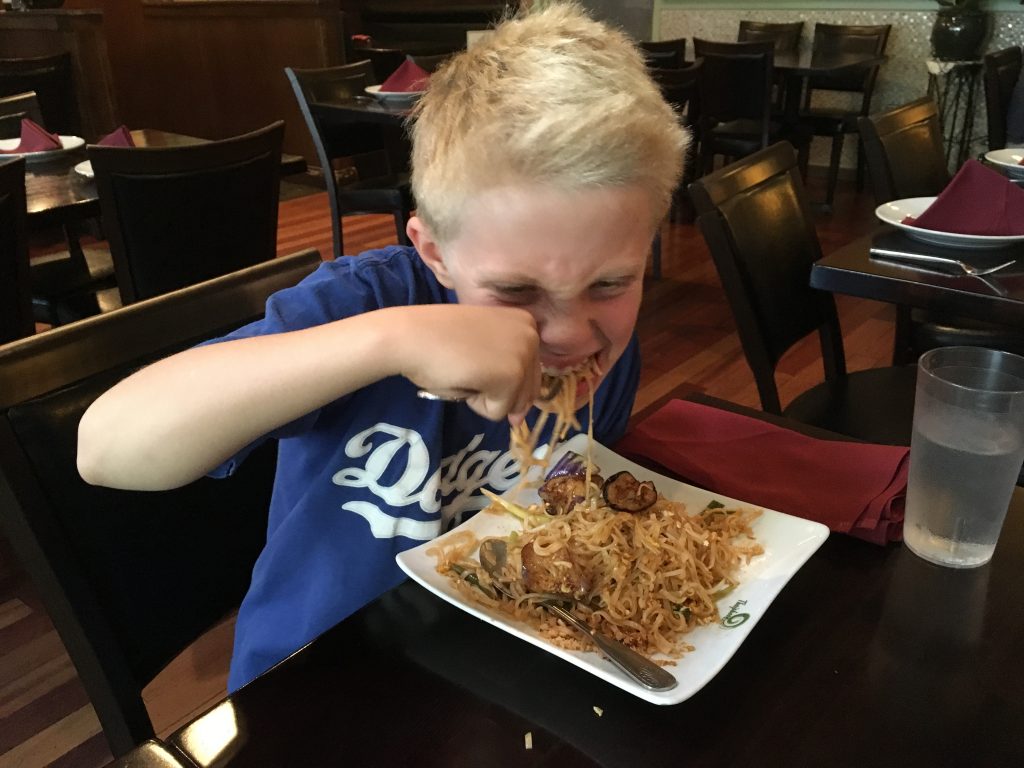 The other thee people sitting with me loved their meals too.

So if you want simple comfort Thai food with a medley of tastes, look no further than Thaiphoon!!!