The Butcher’s Daughter is on Abbot Kinney Boulevard in Venice, California although my mom first went to this restaurant and told me about it when she was in New York so they have other locations as well.  Here in Los Angeles it is next to Green Leaf and a fashion shop that had a ping pong lounge in the back of it that we used while we were waiting for our food.  The table was a little bit hard to use and it was hard to hit the ball well.  This was true for me at least.  We were so busy doing ping pong that we found out after my dad checked his phone, that the restaurant had called to tell us our table was ready 7 minutes ago. 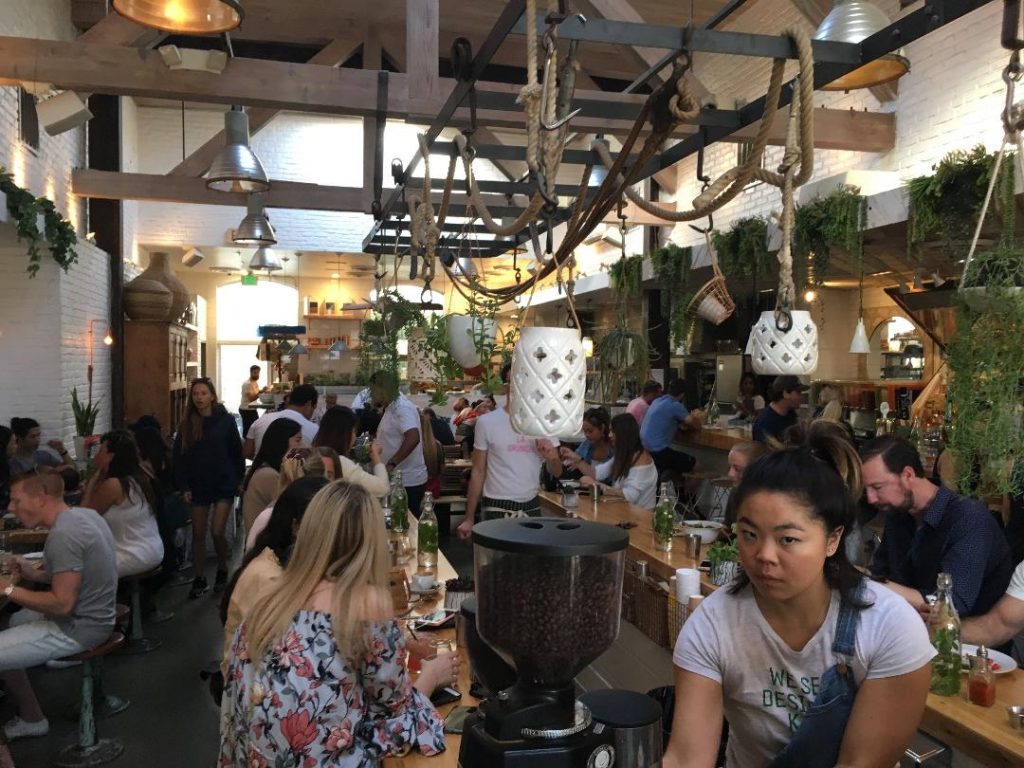 We sort of walked-jogged to the restaurant so we wouldn’t miss our table.  Luckily we got there in time to claim our table before they gave it away to someone else.  Aside from having good food, this restaurant had the most awesome atmosphere I have ever seen in any restaurant.  There were jars of grains, vegetables, fruit, and I even saw a jar of ice cream!  Plus, I saw countless fans and lights shaped weirdly, there was a basket hanging on the ceiling and the way the cooks came out of the kitchen was by ducking under a board that was about three feet off the floor!  Unbelievable! 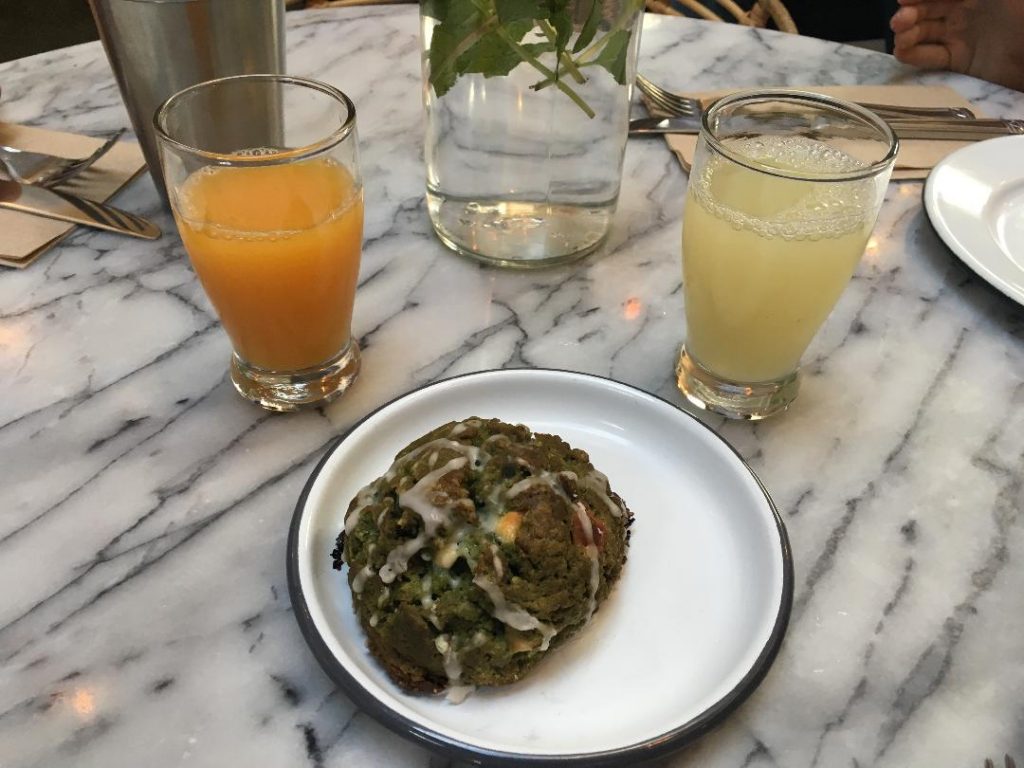 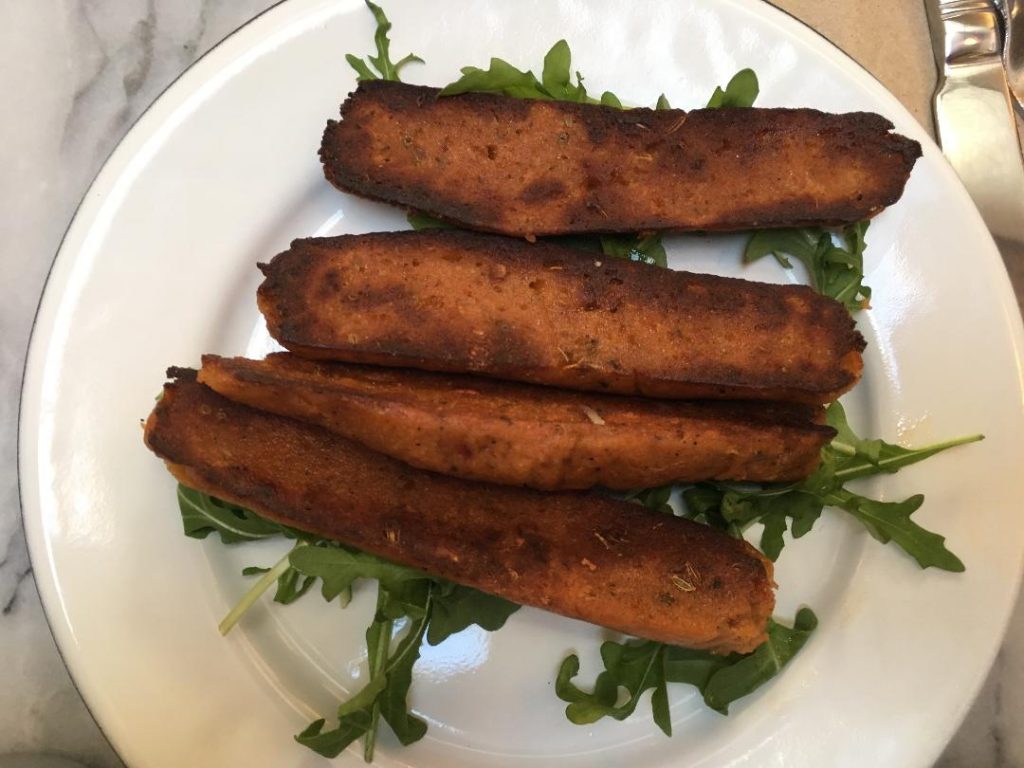 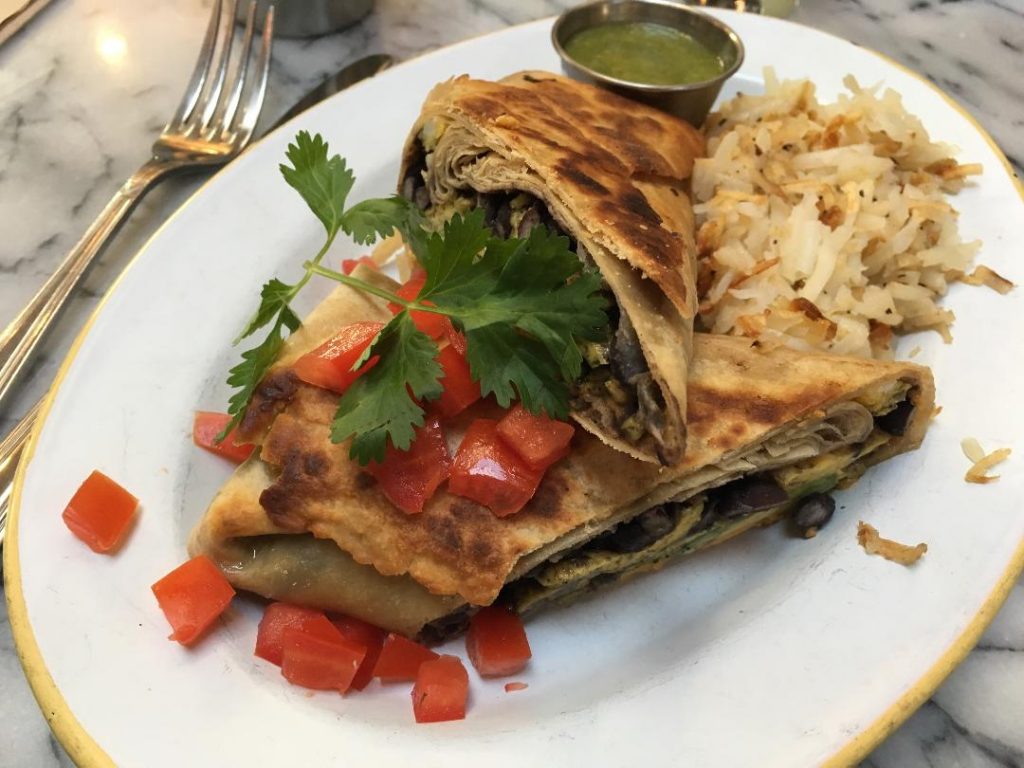 Me and my brother ordered the Surfer’s Breakfast with three farm eggs, avocado, vegan cheese, and new potatoes.  Yum!  Another plus was that you know how burritos with rice wraps or wraps that aren’t tortillas have a tendency to always fall apart on you?  Well, this rice wrap stayed together the entire time I was eating it.  I also had a side of potatoes.  They were supposed to come in the burrito but I asked for them on the side because I like potatoes on the side better than in something.  My dad had the French Toast with Raspberry Butter. They make their own bread there every day and this dish was amazing too. They have a lot of items on their menu that aren’t gluten free but can be made gluten free.  They can do this for anything except the pizza.  I told my dad I didn’t think this restaurant knew how to make food that wasn’t good. 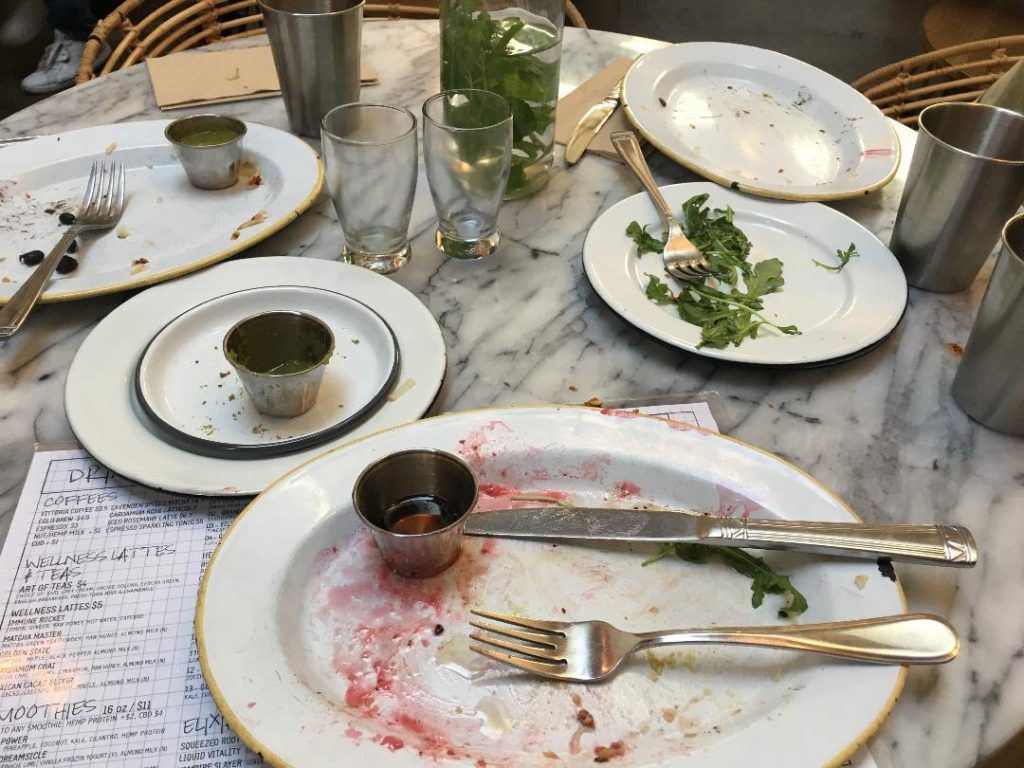 I really do think that everyone who goes here will love it.  The only thing that wasn’t a spectacularly stellar was the sausage but even that was good too.  I’m only saying this because everything else was so good that this one item couldn’t compare to the greatness of the rest.  It was so good I licked my plate clean.  Really.  You should definitely go here.  If you tell me you don’t like it after you’ve finished your food you are just not thinking right.