This was a very eventful weekend.  With tons of stuff going on and something bad I don’t really want to talk about, everything pointed to going to Tocaya Organica.  At this new-chain Mexican Restaurant on Wilshire and 6th, Tocaya is a great restaurant to eat at.  With a tough weekend so far, I hoped Tocaya would lighten my spirits.  Instead, it cost me about 800 dollars that had nothing to do with the price of the food.

Retainers were first invented in the early 1800’s by Charles A. Hawley, like the Hawley retainer.  I’ve had retainers for about seven months by now, and I am beginning to experience the worst torture known to man.  To keep them in except when you eat to remember constantly to run to where you’ve kept your retainer is not a cup of tea.  Plus, knowing that if you break the retainer, that is 150 to 400 dollars down the drain.  But if you don’t wear your retainers, you are gonna end up back in braces, which is also the worst torture known to man.  Braces, which were invented in the year 1728 and the guy who invented them Pierre Fauchard, probably regretted it, because I don’t know how he could have lived for more 6 month after he invented braces. So what do these two things have to do together?  Find out next. 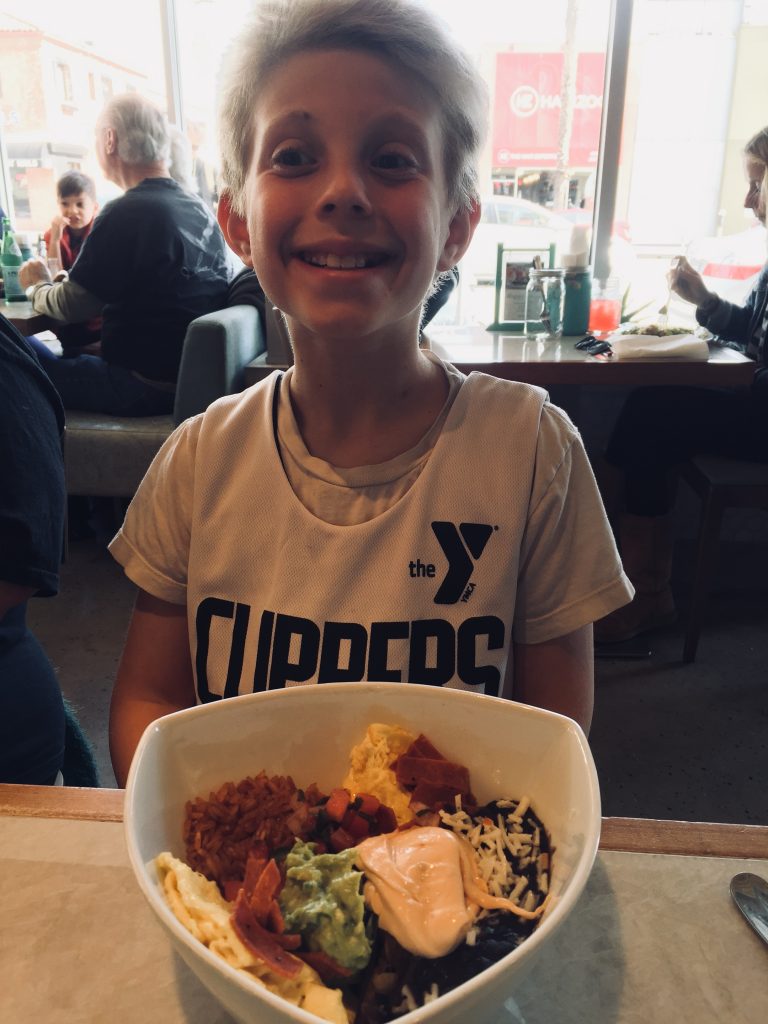 Anyway, I was going to my brother’s haircut appointment, when we realized I had left my retainers at Tocaya.  As my mom told me to get into the car because we were driving back to Tocaya, and if I knew what was about to happen, I would have busted out of there like it was Prison Break. As we arrived I readied myself for the adventure to come, I hoped my mom would count me out.  She counted me in.  And worse, what we had to do together was absolutely humiliating.  I mean, dying is bad enough, but going through bags of trash was just another level of embarrassment.  I hoped we would find the retainers soon for my own health.  For almost an hour, me, my mom and two guys my mom offered to pay a hundred dollars if they could retrieve the retainers, put our hearts and souls into finding the retainers through white paper napkins, sweet corn tamale crumbs, and dirty plastic scattered all over the place.  And I have to give my mom credit, because she didn’t kill me.  I stayed alive.  And having to pay for the broken retainers wasn’t that terrible for me compared to going through trash.  Thanks, mom! 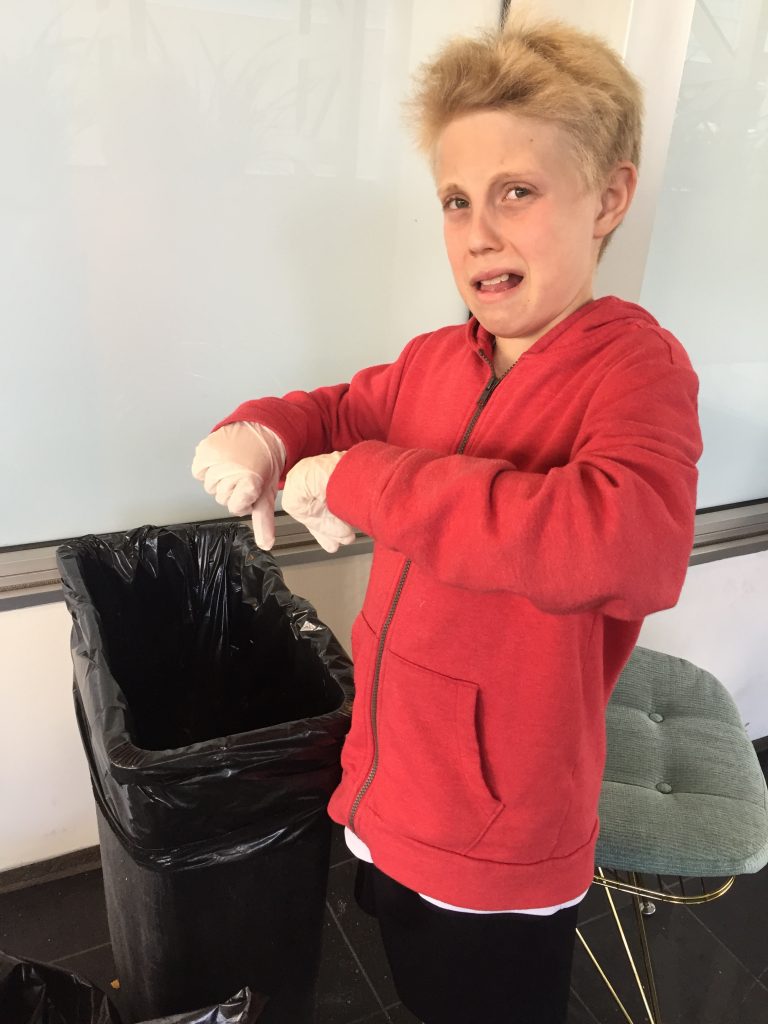 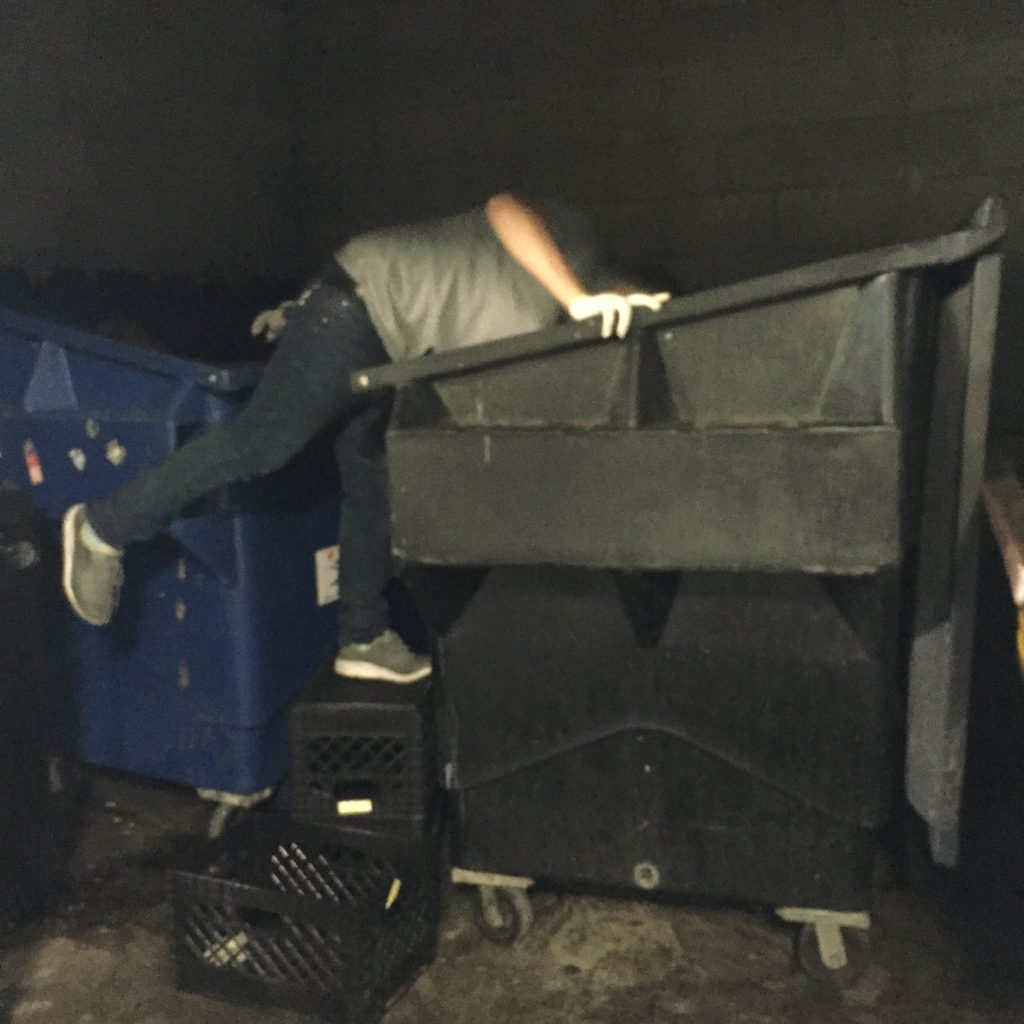 Thank you ladies and gentleman, boys and girls for reading to my blog post this week.  I figure something like this will happen to me again sometime in my life.  But for now, I am fine.  And while I didn’t really review anything, you should definitely stop by Tocaya Organica.  It is sure to brighten up your day and that is a guarantee.  Unless, of course, you have a retainer.