Usually during our breaks from school (spring, winter, summer break-I’ve always wondered why there is not a fall break because there is spring, winter and summer break) we spend a few days up at my grandmother’s house in Camarillo.  She has me for a few nights and days and then I switch with my brother.  But this time around, one day while we weren’t there, my mom took us on a special day to ourselves each.  Actually, it was more of a surprise day because I didn’t really know what we were doing so I didn’t know if it was going to be special. But I have to stop getting ahead of myself with tangents.  So I did my turn at my grandma’s house from Monday to Wednesday, and my brother did his turn from Wednesday to Friday.  On Thursday, my surprise day with my mom, we had both been coughing during the night and we decided to turn our day into a go out to lunch and otherwise stay home and watch a movie special day.  I chose the movie National Treasure.  My mom didn’t think she was going to like it but she thought it was one of her top ten movies maybe.  Of course it is my favorite movie behind only the Princess Bride.  Then we went to have Mama’s papusas. 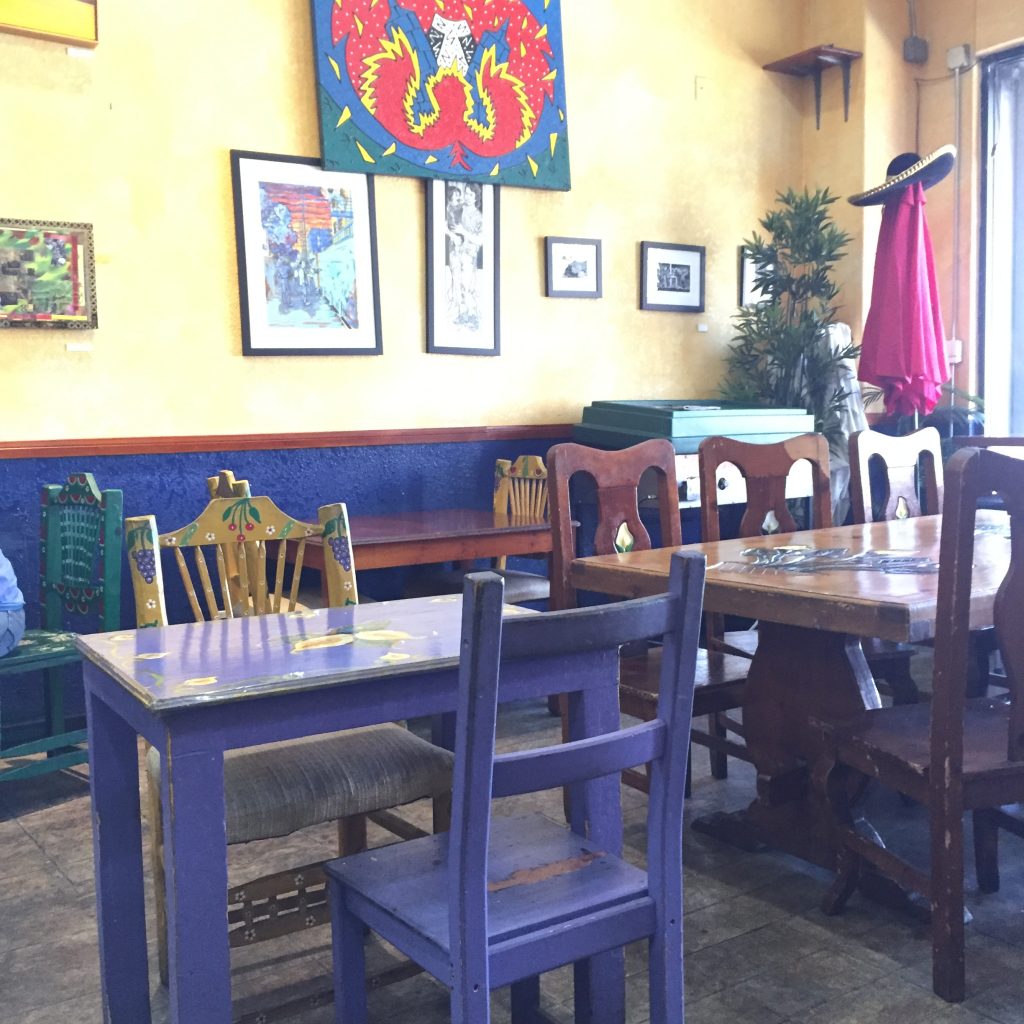 Mama’s papusas is actually called Mama’s International Tamales but a lot of people call it Mama’s Papusas because they are famous for their vegan papusas.  After a lot of traffic (probably for Easter Sunday) we arrived at the restaurant.  I was starved. I felt like I was in the GEICO Commercial with those two penguins who are lost and one uses the GPS on their phone and it says it will take 92 days to get to their breeding ground haha that was really funny.  Thats how hungry I was.  SO HUNGRY!! When we arrived we went straight to the counter where you order from.  I mean, the artwork was really beautiful on the walls and the tables, but what made me most happy was that no one was really there because lunch had just ended and it was 2.  Why would that make me happy?  So we got our food quicker.  Duh.  When we got to the counter we knew what we were going to order.  We got three vegan and gluten free bean and cheese papusas. Two were for me and one for my mom.  We also ordered an enchilada plate with two enchiladas filled with veggies and vegan cheese, and rice and pinto beans on the side.  For dessert, I chose a GF and vegan ready-made cookie from a stand up front. 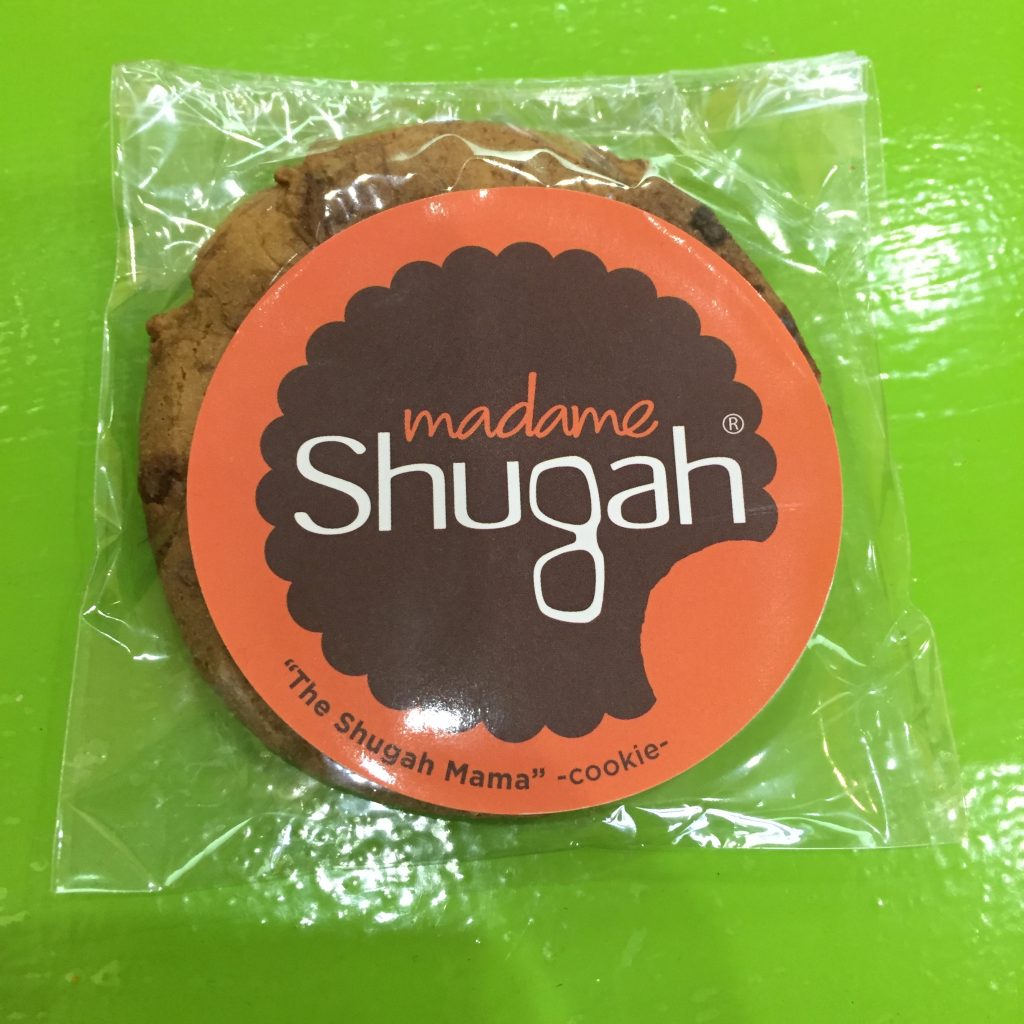 Normally, my mom will want me to eat my main meal first before my dessert because she wants me to eat the healthy part first. I think that is pretty sensible.  There were two reasons she didn’t mind letting me have dessert first this time.  One was because I felt like I was on the brink of starvation.  And the other was because she was pretty sure I was going to eat my lunch anyway!  The cookie was really yummy and the sweet flavor and the delicate texture made it extra delicious because of how starved I was. I finished off the cookie and the food came with beautiful plating with nice design.  However, I didn’t pay much attention to the plating because I wanted to dig in. 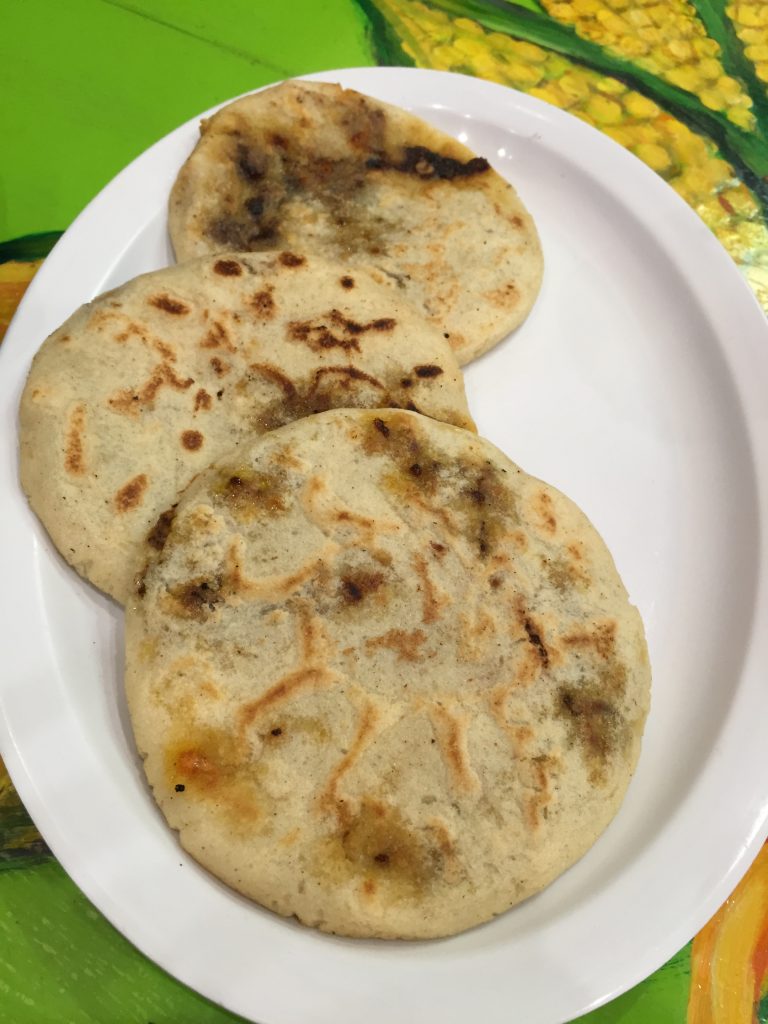 As I picked up the papusa, (boy these are starting to sound like the small moment papers I write in school) the world seemed to slow down for me.  And then several things happened in my body and brain and especially tummy, in quite quick succession.  The first thing was that the beans slipped down my throat, causing my tummy to fill with a sudden warmth.  The second thing that happened was that cheese, which was gooey without the beans, fell into my mouth soothing my parched tongue.  And the third thing that happened was both of these combined which opened up this little valve in my body and woop, zoop, sloop, a huge smile had spread across my face with this exquisite bite! 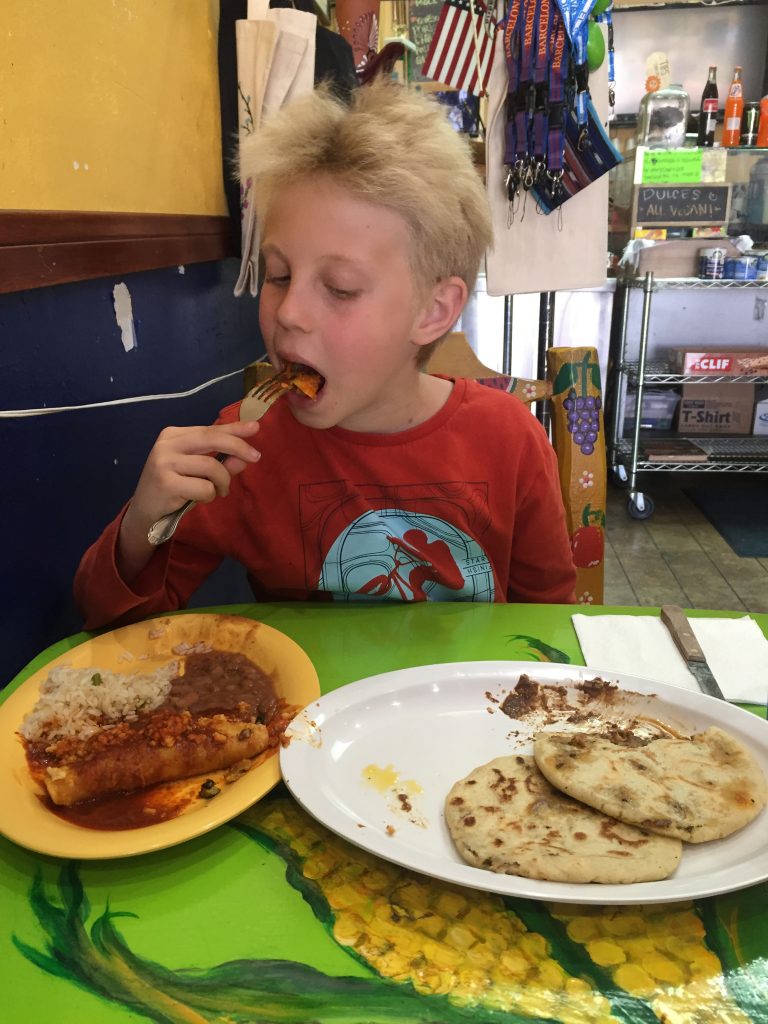