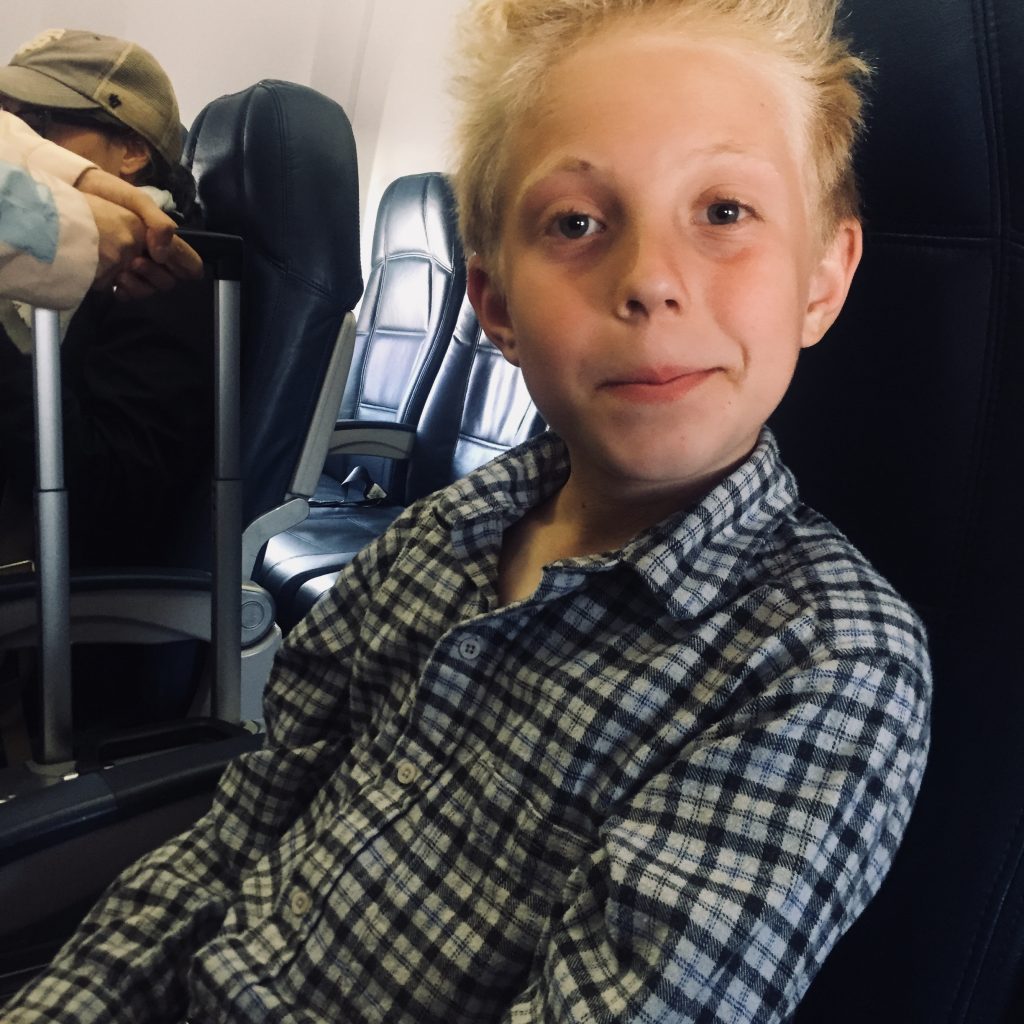 About a week ago just before school ended, me, my mom, and my brother went up to San Francisco for the weekend to visit my aunt, uncle, and our cousin. I also like going to visit them because my cousin has a nanny that helps take care of her and she makes the most delicious Mexican food you will ever have. It is so good.  So I was happy to go to up there. 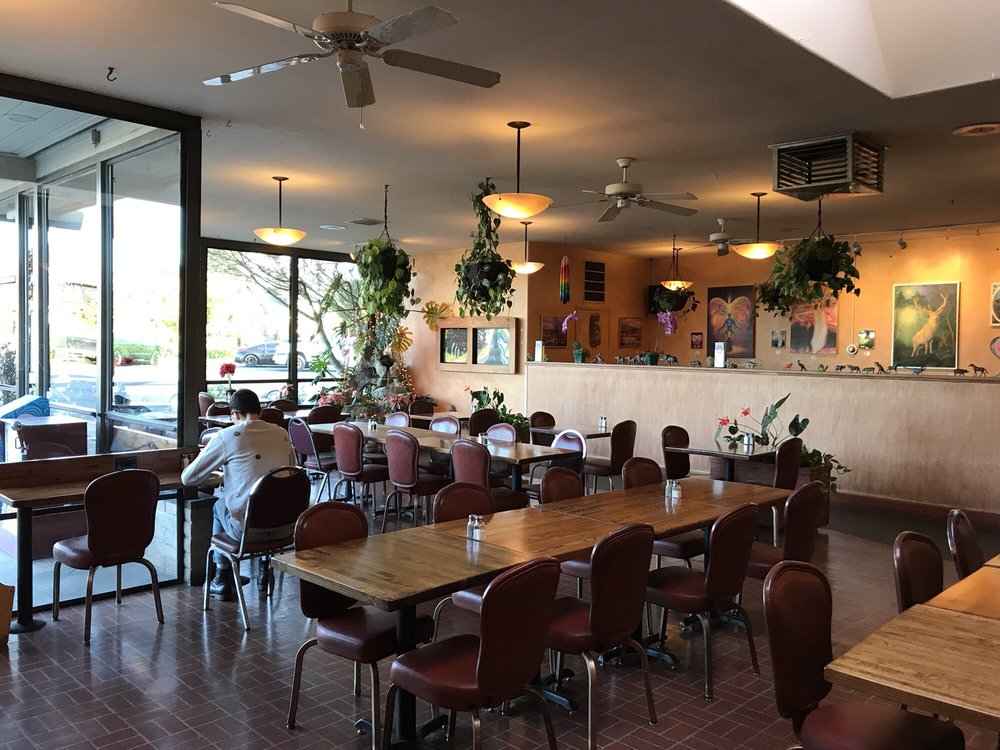 When we got there my mom had to go to a work event in San Francisco so we went straight to my cousin’s house.  On Friday I went to the dog park with my uncle and cousin for a little walk with their dog Sheba.  Then I went back to the house to watch the Cleveland Cavaliers versus the Golden State Warriors Game 4 of the NBA finals.  Boo-hoo.  I wonder where LeBron is going end up next year.  Houston, Cleveland or LA are what I think.  Well, on Saturday we had pancakes and the we went out to lunch at a place called Dharma’s.  The name makes it sound like an Indian place but really it serves all different types of foods including Mexican, which really was quite fortunate for me because that’s what type of mood I was in. 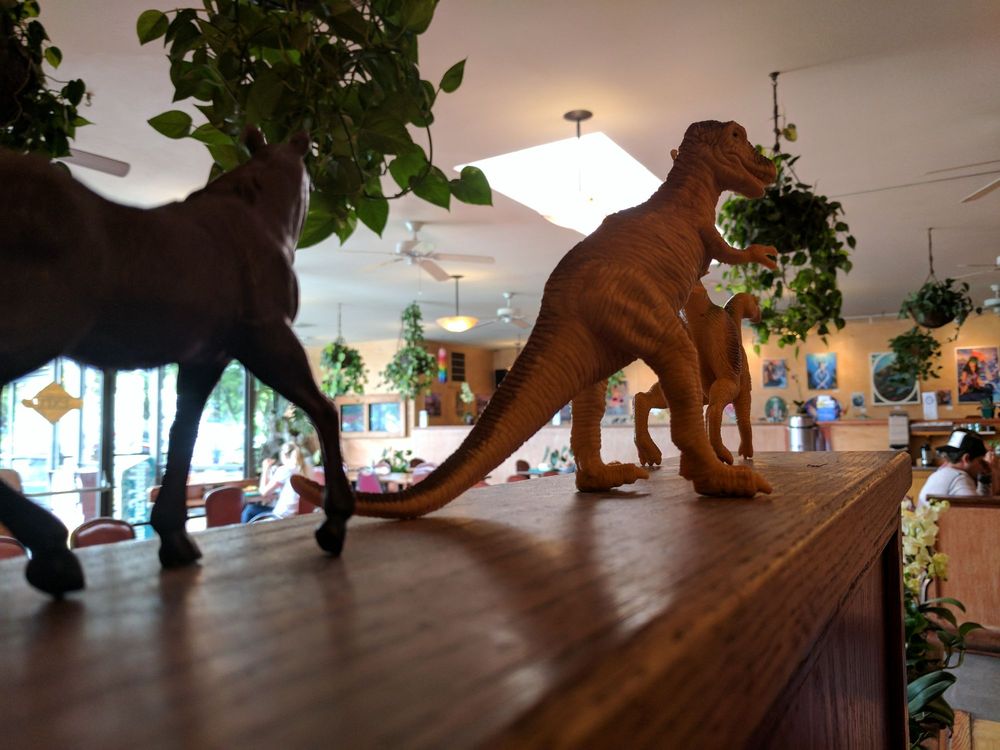 At Dharma’s on the counters there were all sorts of cool kinds of little fake animals on the shelves.  We got a bunch of them for our table and made a mini jungle.  I got right to the food and ordered some delicious burritos with a side salad. 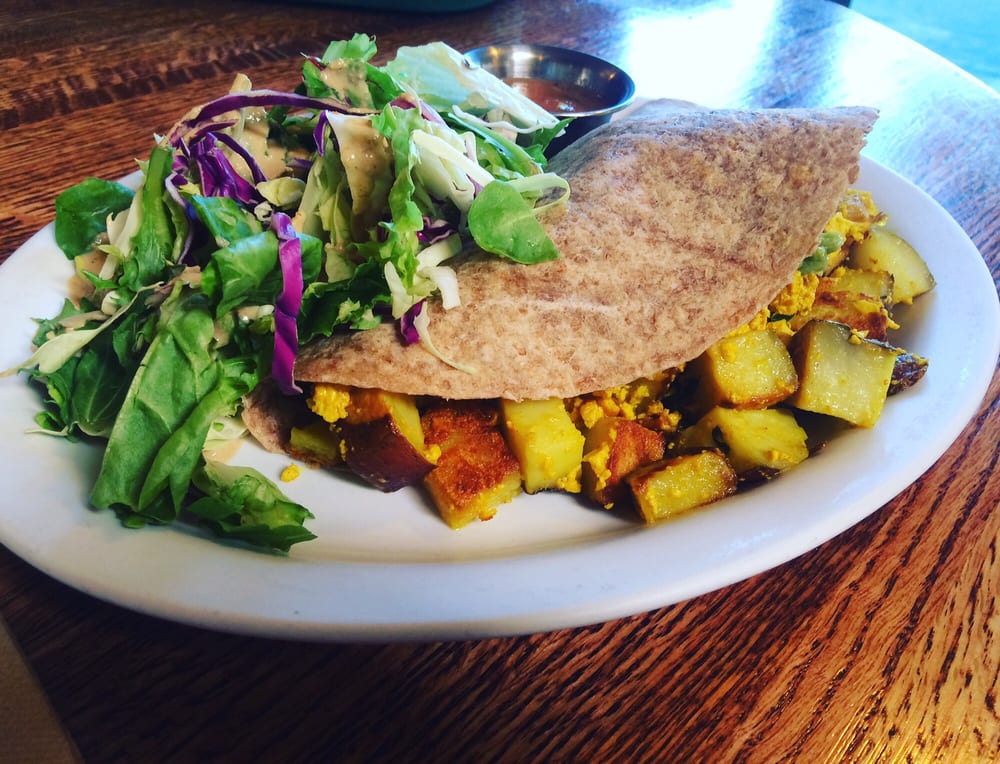 When the food got to the table we had to squeeze all the animals into the middle of the table so we would have room to fit our plates of food (they were gigantic portions).

Although the presentation was amazing and the restaurant was nice the food was really just mediocre.  I didn’t totally enjoy the taste of the tofu or the guacamole.  I liked the beans and the tortilla. They made those quite well, but really everything else was just ok.  But it was what happened afterward that made it an incredible day.

Straight after lunch we went to the Santa Cruz Boardwalk.  This is a popular place for people to go on weekends and in the summertime.  I had never been before.  When I went there I was impressed.  The first thing we did was go to the arcade, and we bought a Boardwalk card and put 30.00 on it for the games.  We ended up earning 364 tickets to cash into the prize center.  We also did the bumper cars. 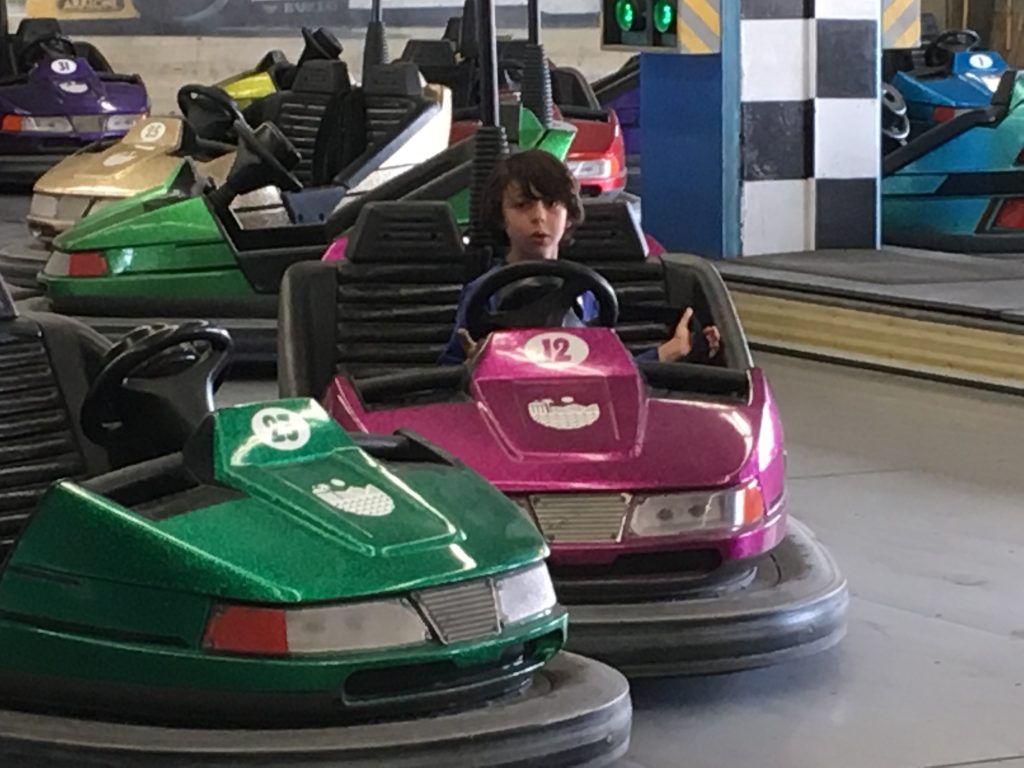 We had chosen our prizes and were walking out when a nice couple came up to me and my cousin and gave us two cards that each had 500 tickets on them. We were so excited. Then my brother had someone came up to him and give him something with 600 tickets on it.  But wait!  That’s not all.  Then my cousin found a card on the ground worth and incredible 2253 tickets.  We got a bunch of stuff from the prize center. We had a really fun time and everyone was happy.  Except, of course, for the people who lost their 2253 ticket card!