PLEASE give me Tacos Por Favor

Tacos are a very popular food in Los Angeles and there are many restaurants throughout West Hollywood, Downtown LA, Marina Del Ray, Culver City, Beverly Hills, Santa Monica, Venice, Brentwood, and Hollywood that feature tacos as a dish on their menu.  These restaurants include ones like Taco Bell, Wendy’s, Veggie Grill, Tocaya Organica, El Cholo, La Cabana Restaurant, Casa Sanchez, and others.  I read that these places get approximately 17 million visitors a year combined, which is quite a lot of visitors for a couple of particular dishes.

The restaurant I am reviewing today is called Tacos Por Favor – you must of heard of it for there are quite a few locations around the busy streets of la traffic.  I must have cruised by a location at least one hundred times.  However, the other day I did not cruise by it for the one hundred and first time.  This time I was going inside.  Whenever I have passed Tacos Por Favor, I have always thought that his was a fast food restaurant that served tons of meat and cheese and unhealthy drinks and everything ended with a .99 and they had a ton of commercials on TV and- well, actually I didn’t think they gave you a toy with your meal.  That probably would have been going too far and would have crossed the line into the top ten in most restaurants where people stopped for bathroom breaks on road trips because whenever people stop for a bathroom break, its usually at a fast food restaurant or a Starbucks.  Not until today that I learned that they also serve comfort food, and can make many accommodations according to your diet. 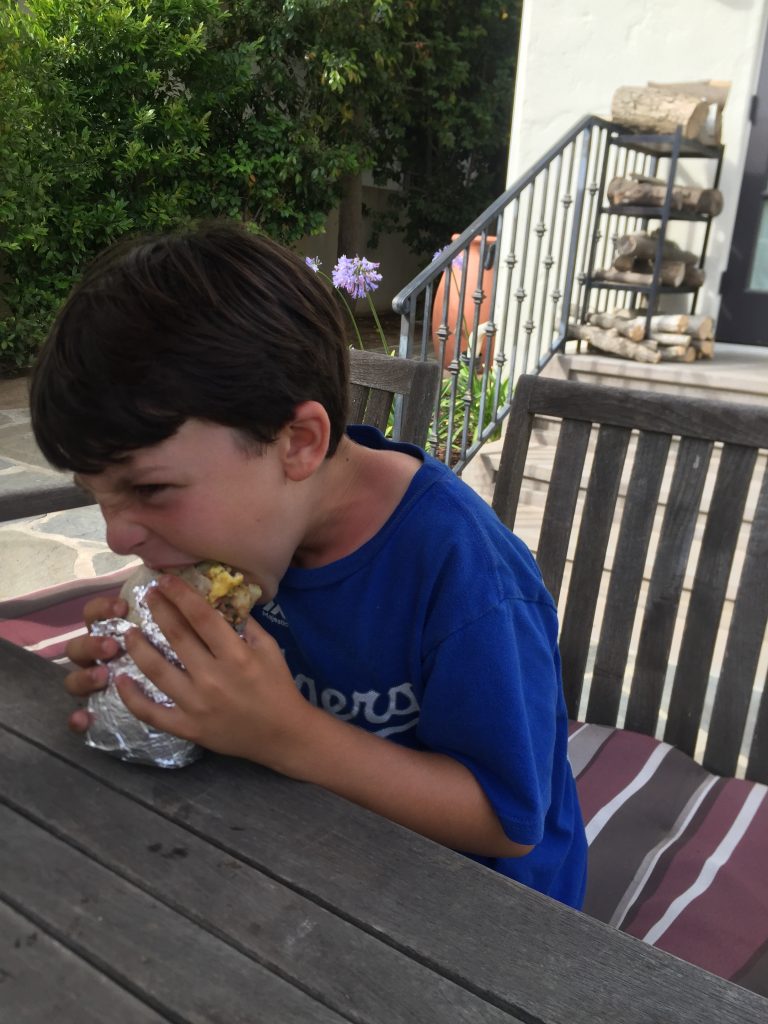 My brother ordered a burrito with potatoes, guacamole, pico de Gallo, and lettuce, and my mom ordered the same thing except she replaced the potatoes with grilled vegetables.  I got the combo, two soft tacos, one potatoes, the other grilled vegetables.  The combo also comes with rice and beans on the side so that was a nice addition to my dish.  On top of that, they gave us two bags of chips to top the meal off. 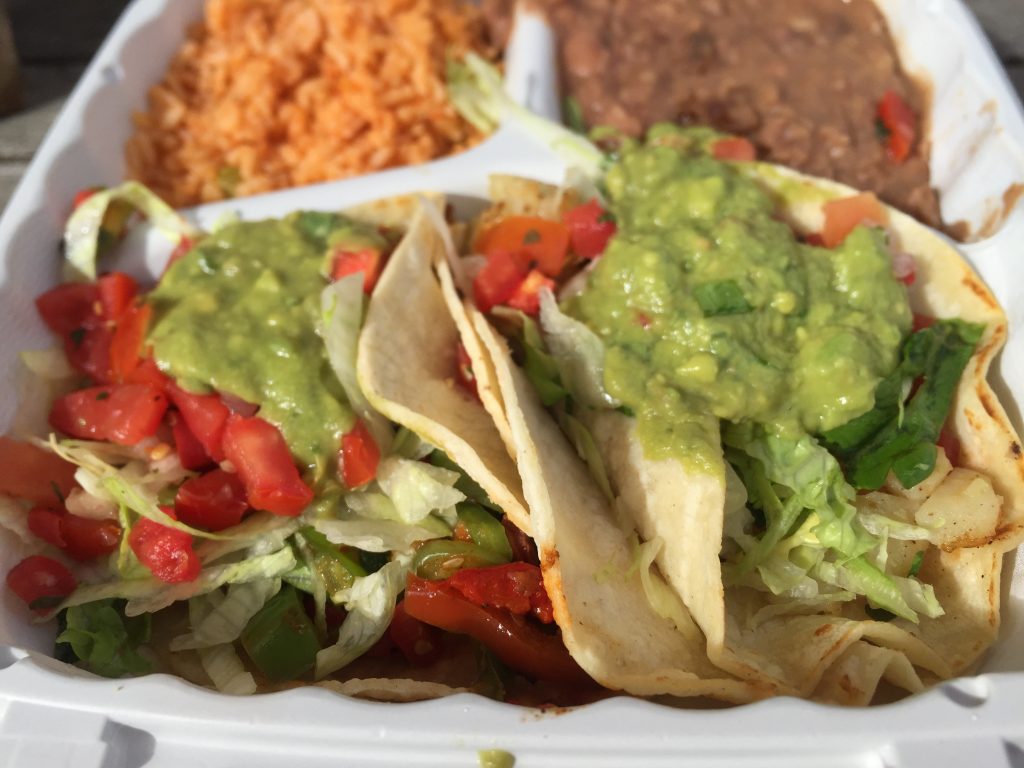 Now for the taste of the food.  The grilled vegetables were absoulutly incredible.  100% perfect.  A+.  Smiley face.  Hands down the best grilled vegetables I have ever had.  The potatoes one however, not so much. They were too bland and dry, and weren’t cooked nearly long enough or as well enough as I had hoped.  The rice and beans and chips really rounded off the crunch of the veggies, and I have to admit, it was one of the best soft tacos I have ever eaten.  This dinner was filling and tasty and it made us all happy.  Yum!  So if you are near tacos Por Favor, I would recommend you stop by.  If you do, you can’t leave without the grilled vegetable taste hanging on your tongue.  Mmmmm! Look how much I liked these! 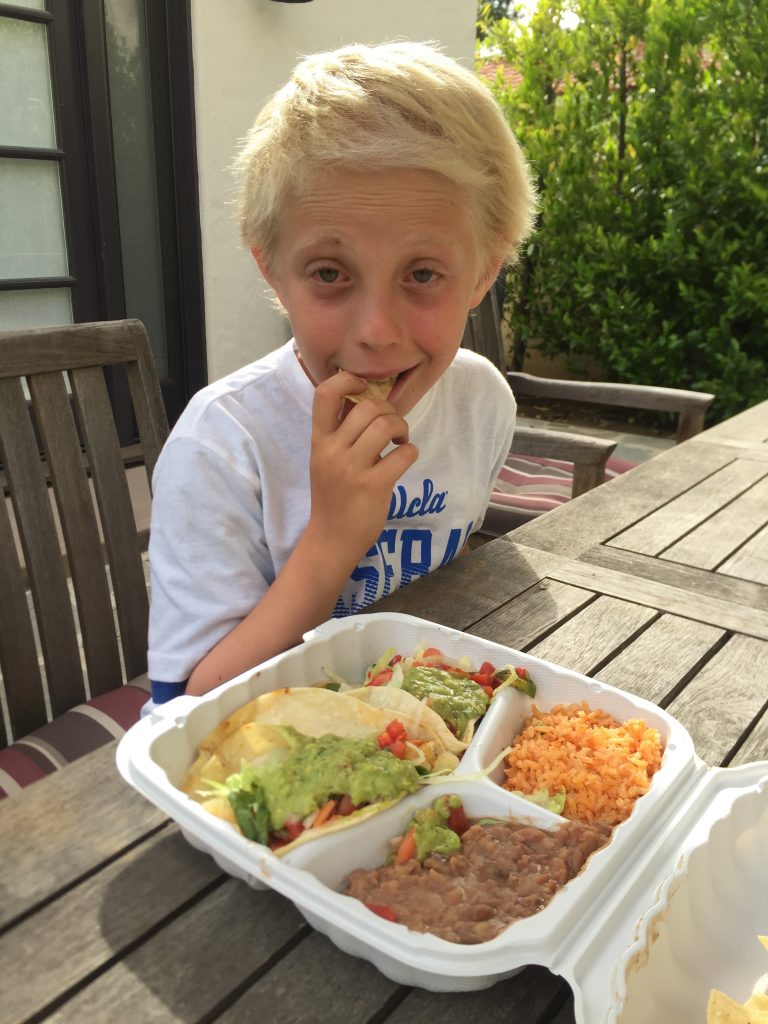 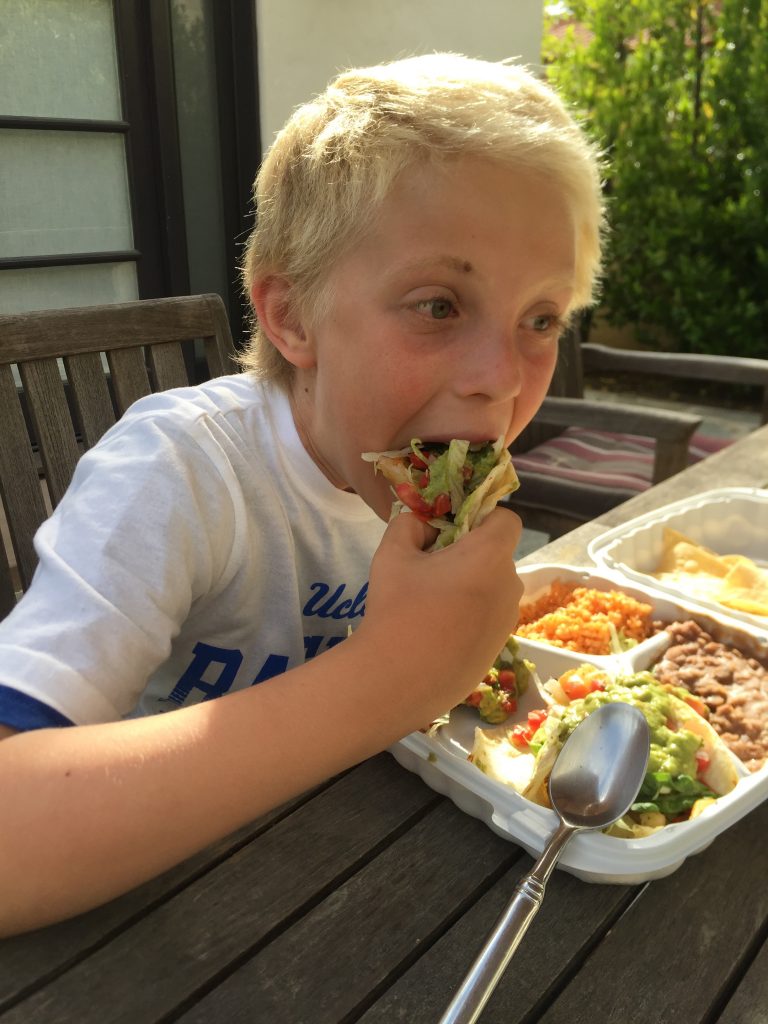