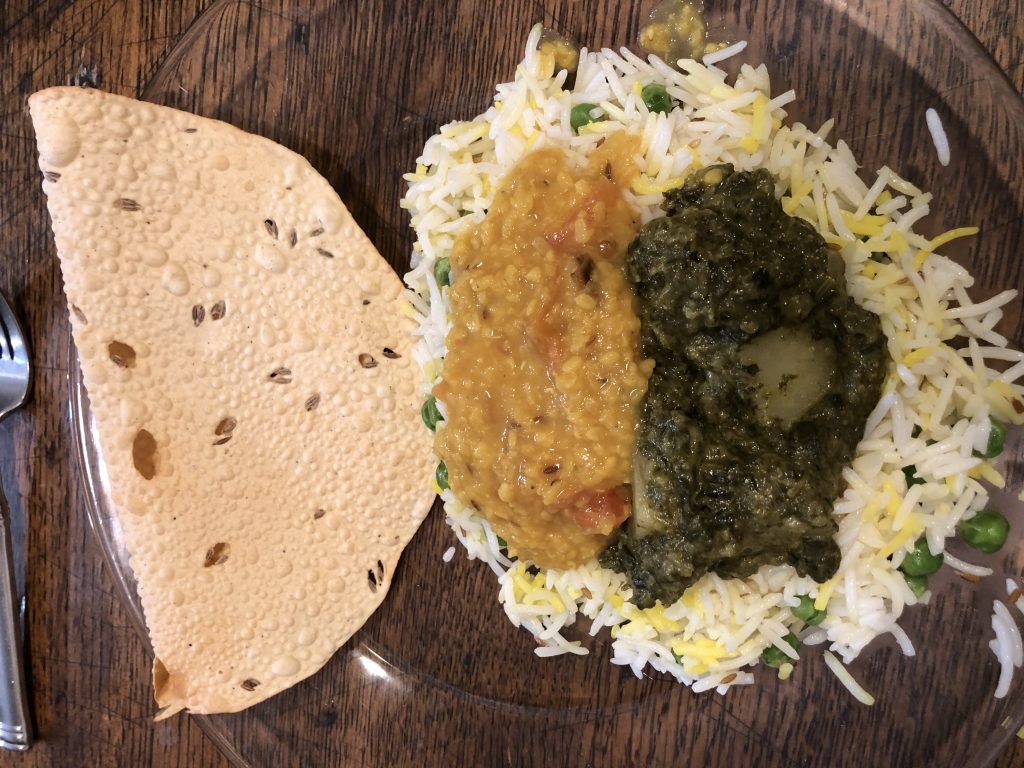 When you think Indian Food, what comes to mind?  For me it is rice, lentils, spinach and papadam.  Yum!  For my family we always order Indian food from a place on Wilshire called Chandni.  The foods I just mentioned are the things I usually get at Chandni.

But a few weeks ago we decided to try a new place.  This new place was called India’s Oven and is in Brentwood not too far from Santa Monica and West Los Angeles.  The reason we decided to get food from here instead of Chandni is because Chandni is not on Uber Eats and this place was and even had a delivery deal.  We didn’t have a lot of food at home and it had been raining a lot and cold and we really feel like getting out of the house so we ordered from this place.  At India’s Oven they have dishes that, while they were not exactly the same, were quite similar to what Chandni had.   They had the rice and lentils and spinach and even the Papadam.  My mom also ordered the Chana Masala, which are Indian chickpeas. 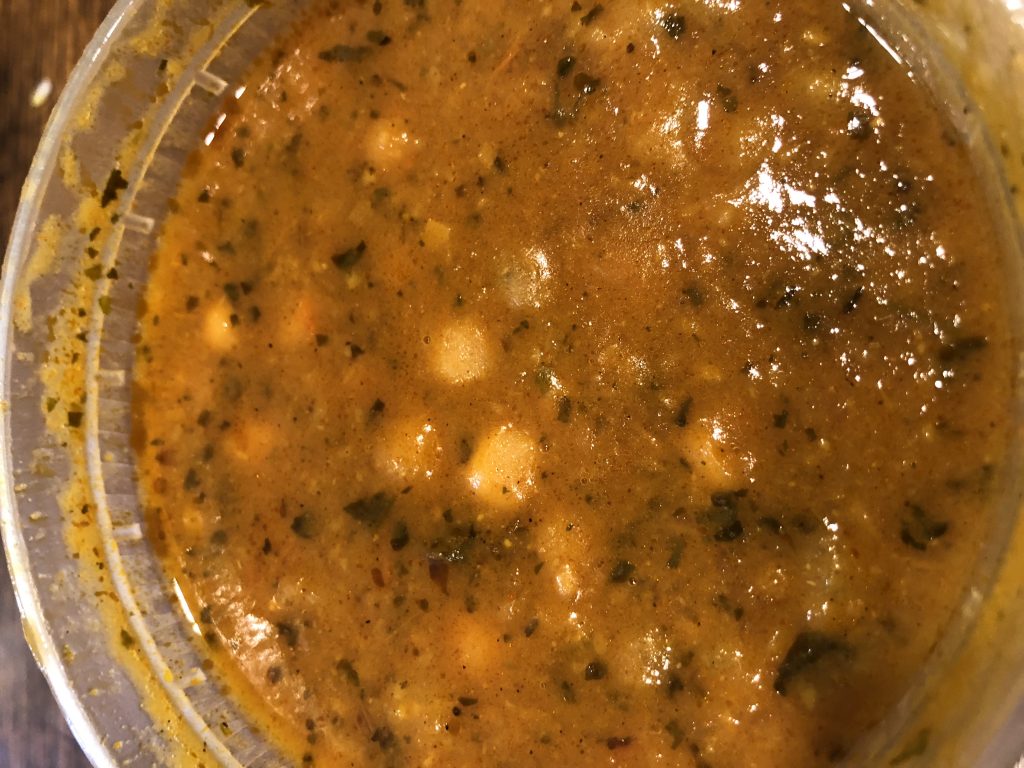 We had our friend Courtney over for dinner too.  Her son actually used to go to my school but they moved to Maryland but now they are moving back.  So she came over for dinner and had the Indian food with us. 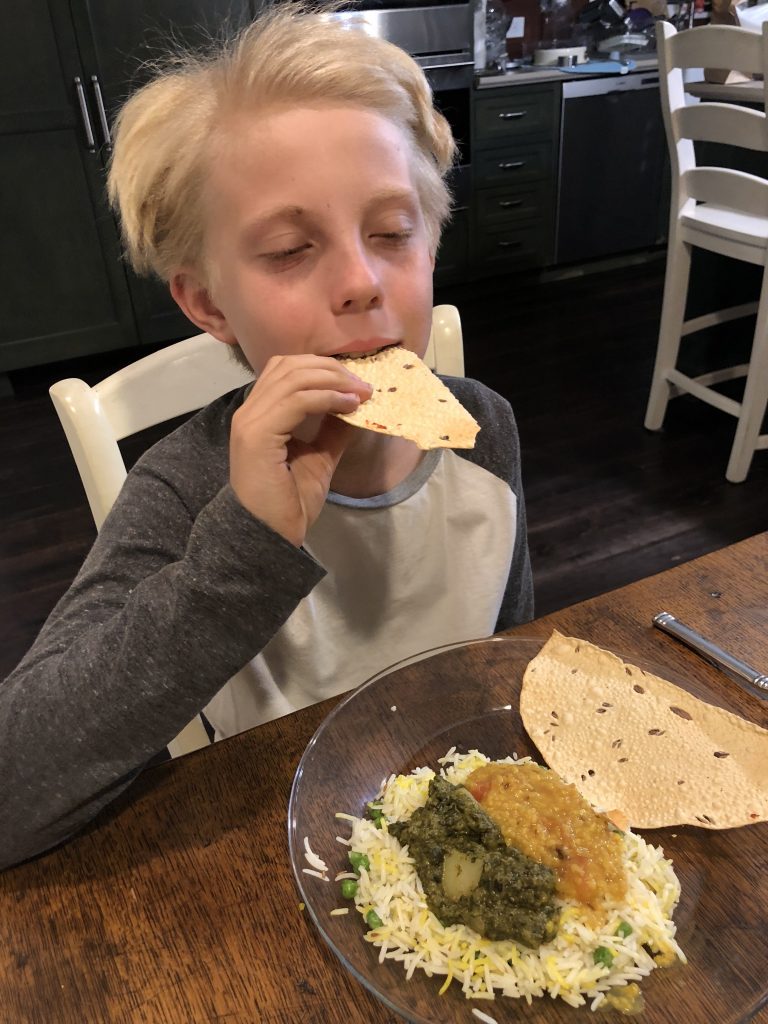 And let me just say, what a delicious dinner it was!  Yum!  Now, the rice was pretty good and I liked how they mixed little peas into it to give it that extra pop it needed.  Not to mention the lentils were just what I wanted with a soft and creamy texture with a snip of herbs on top. But the spinach was where things started to get going on another level.  With a creamy texture and sweet feeling on the tongue, this Indian specialty made the perfect compliment to the rice and lentils.  One of the debates me and my mom always have is how to eat Indian food.  She likes to put each item separately on her plate.  I like to pile up the rice and then dump each of the items on top of that, making a big mound of everything mixed up.  I don’t think there is one right way to eat it but I just know that I love Indian food. 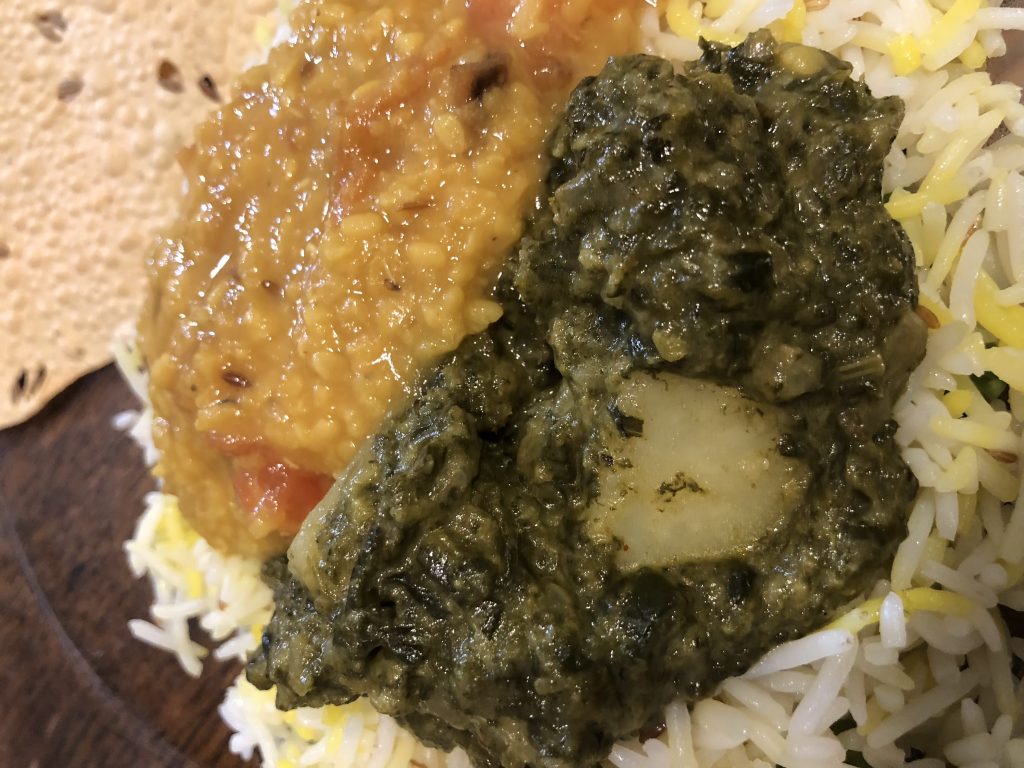 So, if you think what I talked about sounded good in your tummy, then you are going to love India’s Oven!  Plus, if you don’t feel like going out or picking up, you can always order in from Uber Eats.  In my opinion, that’s a win-win-win! 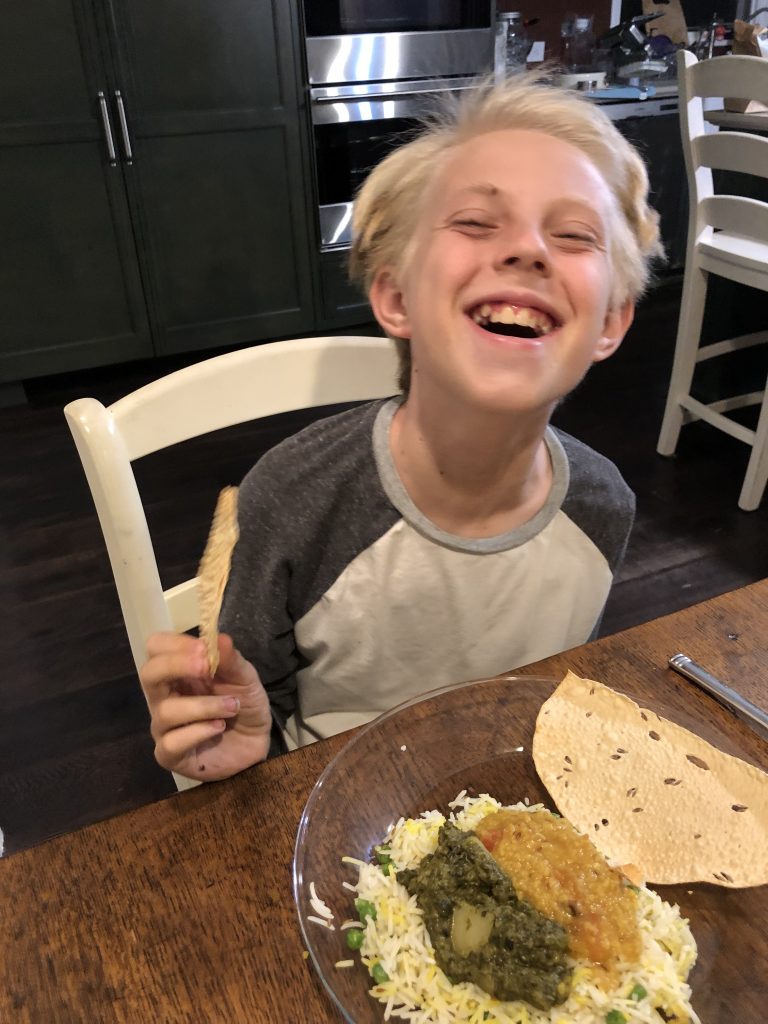