Happy New Year and and hope you had some happy holidays!  I certainly had a jolly holiday break and food was a big part of it.  We had a big dinner feast on Christmas day which was really good and we had plenty of food with my grandmother’s delicious stuffing, and loads of side dishes like mashed potatoes, green beans, gravy, and cranberry sauce.  Actually, I’m kidding about the cranberry sauce but it really did feel kind of like a Thanksgivings dinner.  But still so good.  But I’m just catching you up on what I’ve been up to.

Also over the holidays we had a lot of family visiting.  My aunt from New York was staying at our house (here’s your shout out Aunt Lauren).  For any of you single guys out there she spends lots of time swiping right on dating sites and I’m sure she’d be interested in hearing from you❤️.

Her friend Anna from Oakland was also staying here and they decided to take me to the pier and to Pinches Tacos.  To be honest, I was told that Pinches means a swear word in Spanish so it’s kinda funny.  But it also means kitchen helper. 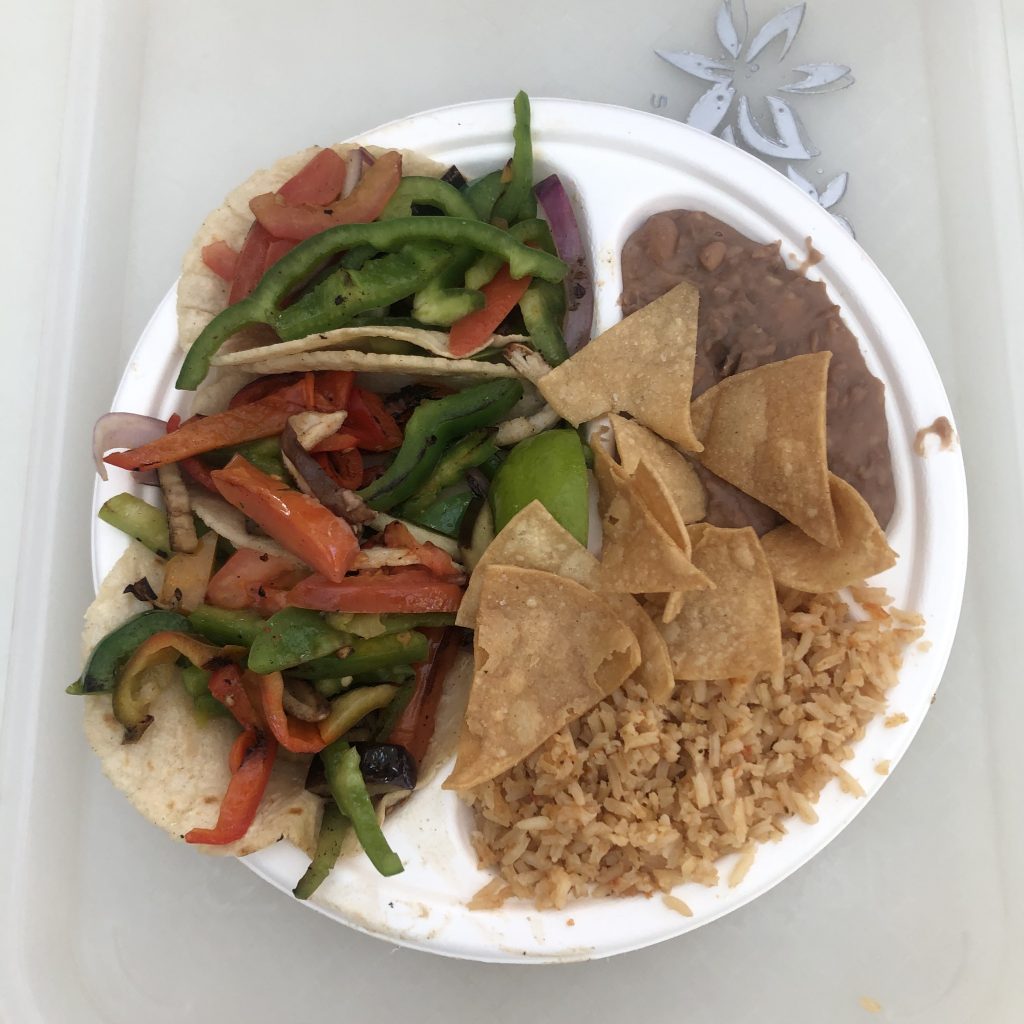 I ordered the tacos with rice and beans and chips with water.  I decided to have the vegetable tacos.  There were peppers and carrots and lots of other vegetables like tomatoes and lettuce but there wasn’t anything else in them so they weren’t very creative.  But sometimes simple is better than creative.  And mmmmm!  You could really taste the different flavors and experience the different textures since the ingredients weren’t hidden by so many other things in the tacos.  I thought the crunch of the lettuce and the sweetness of the tomatoes made a perfect combo, but the peppers and crunchy carrots were cooked exactly right so they were spectacular too.  The rice and beans on the side rounded out the dish and to be honest it was a really big plate of food.  So I was satisfied. 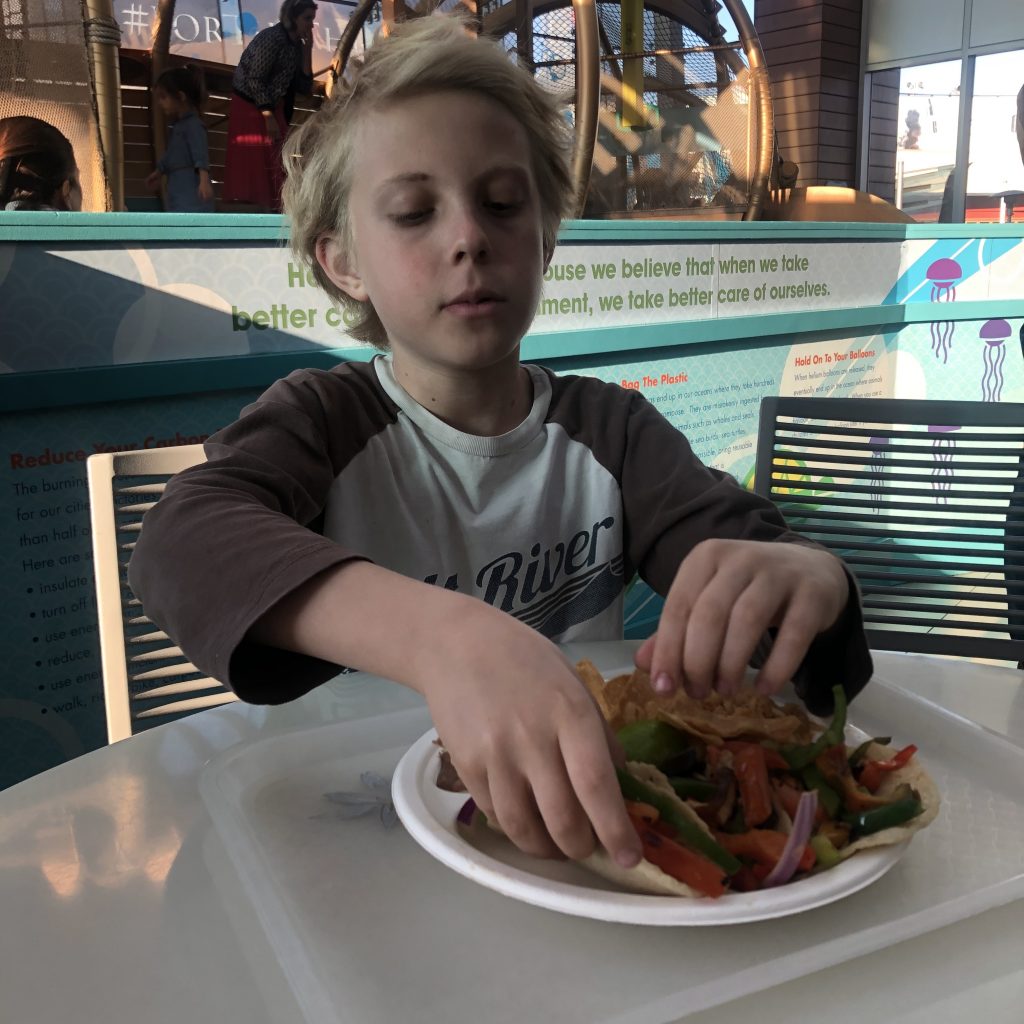 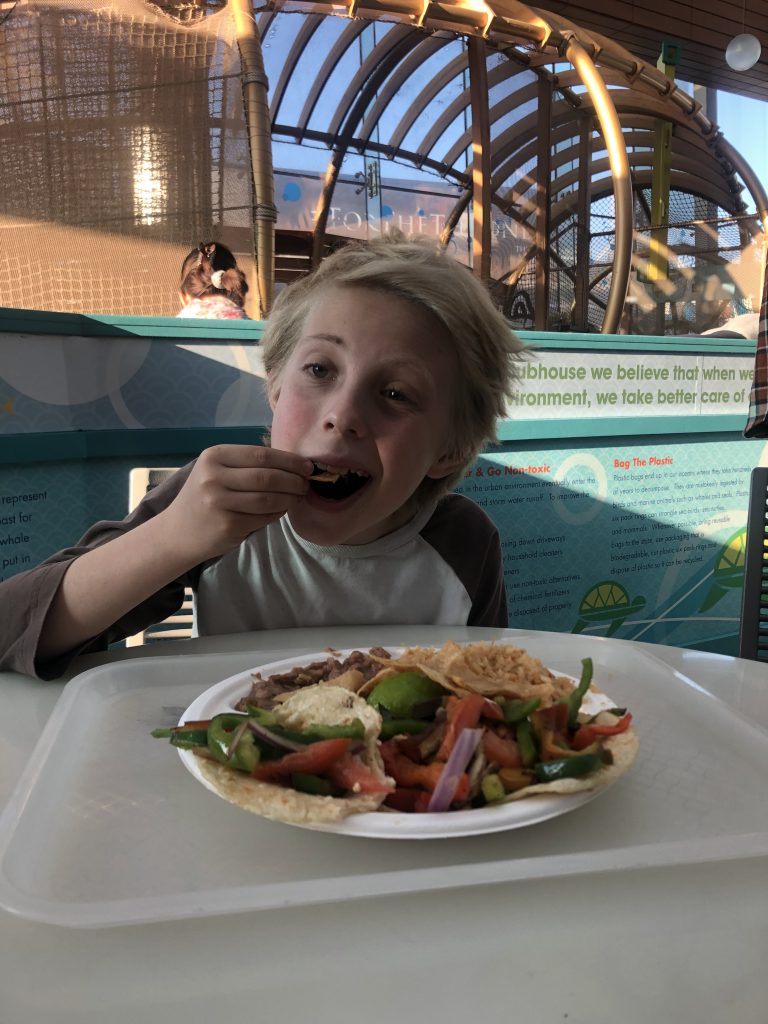 Pinches tacos in Santa Monica is located in the mall on the Promenade so it is also a really good place to go if you want to see a movie afterward which is what we did.  And I’m so glad we did because I was so full I could barely move.  Thankfully, the theater had those recliner seats and I could relax my full stomach while I watched the movie. 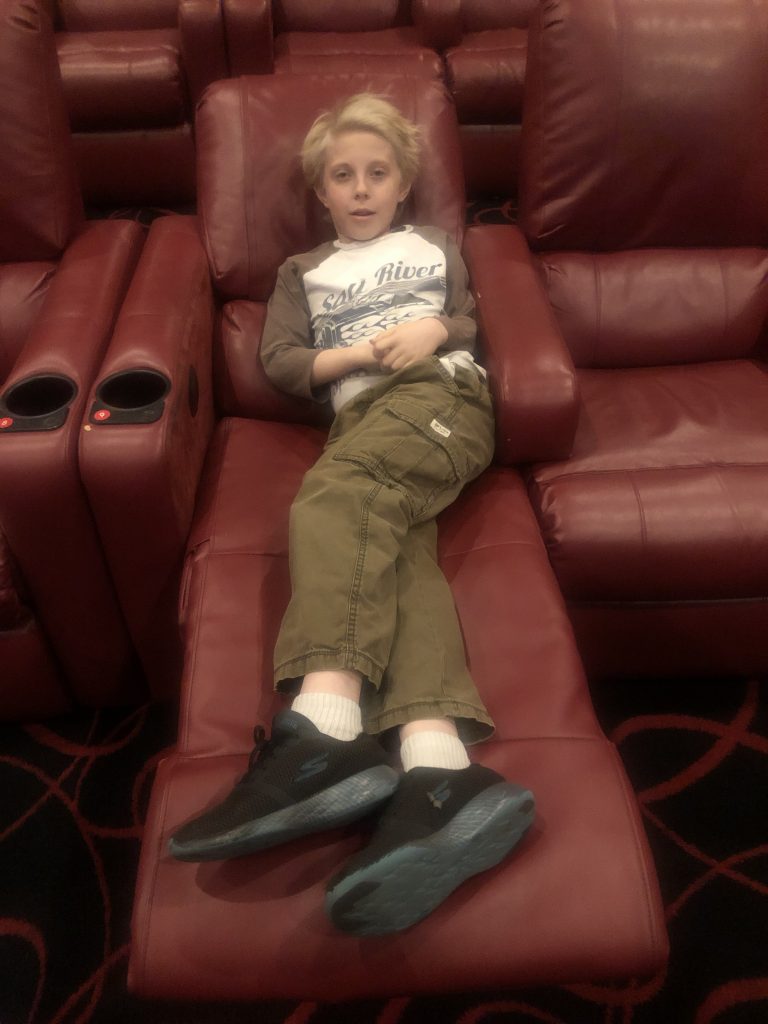 I entirely recommend Pinches tacos and if you have kids you can tell them they are going to Kitchen Helper tacos not the F word tacos!